T-shirt that cleans the air

According to WHO, respiratory tract infections, chronic obstructive pulmonary disease and lung cancer occupy "honorary" leading positions in the list of mortality causes on the planet. And while some blame industry and cars, the fashion house Kloters offers everyone to take part in saving the environment and take care of their own health.

Italian fashion designers have released a stylish T-shirt that literally cleans the air. The novelty was called RepAir, and its secret in a small air filter, which hides in a breast pocket. The liner is easy to remove by opening the hidden zipper, which allows you to replace it after the end of the service life. 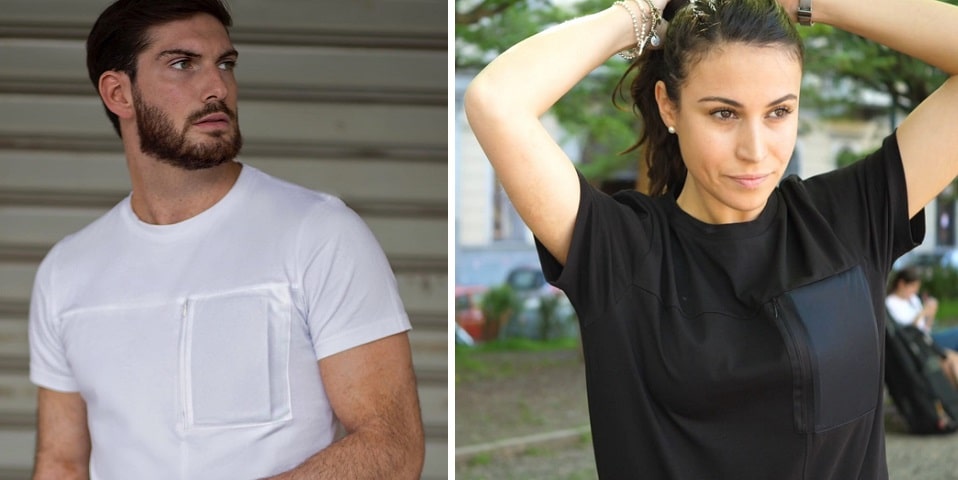 The creators of such eco-clothes claim that it fully corresponds to the quality standards accepted in the company - the T-shirt combines a sophisticated Italian style and comfort. It is made of high quality cotton, is pleasant to the body, does not constrain movements and does not differ in any way from wearing other brand clothes. On the contrary, the efforts of specialists were aimed at creating an element of the wardrobe, which will be worn as long as possible, which will minimize the damage to the environment caused by its production. Lesser T-shirts are less waste of resources.

The filter element itself was created by Anemotech and called TheBreath. This absorbent material complies with international eco-standards, and the patent was developed on the basis of tests conducted at Universita Politecnica della Marche. According to their results, the material absorbs from the air up to 97% of organic compounds, almost as much sulfur dioxide and more than 85% of nitrogen oxides. These are the main substances constantly present in the atmosphere, which provoke a person's respiratory diseases and even the formation of malignant tumors. 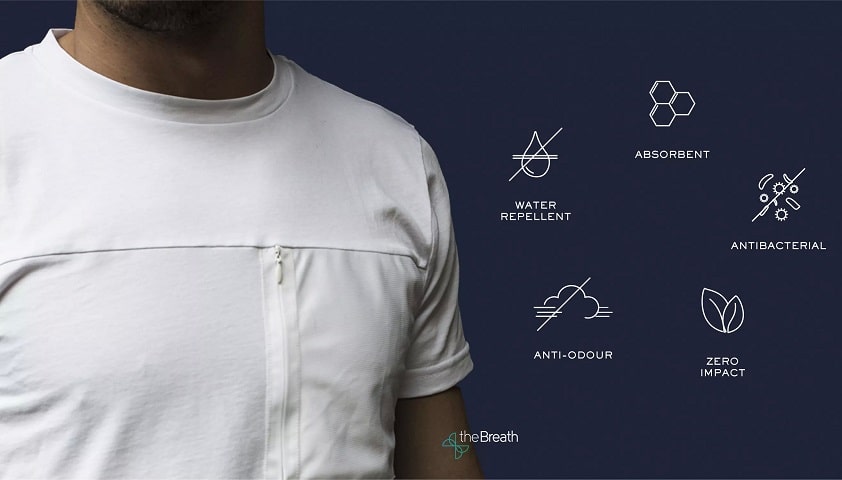 The filter element absorbs up to 97% of organic compounds, photo © kloters.com

It is noteworthy that catching pollution, the filter also extinguishes unpleasant odors, but it does not smell at all. Breathable material decomposes the soaked substances into simple constituents and keeps them inside without causing any harm to the environment. It is worth noting that the filter does not need to be recharged, but by using an internal resource, it can easily be replaced with the following.

"RepAir is a completely new look at eco-fashion. We greatly outstripped the existing concept and tried to expand its horizons. The modern fashion industry has every opportunity to become the leader of the ecological movement. It is able to help people understand the problem of environmental pollution and suggest non-trivial ways to solve it. For example, through comfortable and friendly materials of clothes", say the founders of the fashion house Kloters F. Suria, M. Greco and S. Peruccia.

To launch T-shirts production, Italian eco-designers have opened a crowd-hosting company on the popular platform Kickstarter. The cost of the air purifier for the first customers is 29 euros. Also T-shirts with a filter can be bought on the official website of the manufacturer at $ 45 per piece. Models are made in white and black colors, which allows you to combine them with any elements of the basic wardrobe, and laconic style makes them unisex.

Such clothes will not become superfluous in the wardrobe of adherents of any style, but most importantly - it is able to change the look at the role of one person in solving global problems. After all, changing our attitude to consumption, gradually we change the whole world.