Wine is the gift of the Gods

The idea of wine being a God's gift, is found throughout the mythology of many nations. Today we will talk about the glorification of wine in Ancient Greece and Rome.

In times of old, wild grapes grew across the Middle East and Mediterranean. According to the written sources that survived long enough for us to witness, Greeks have already known about wine s in the 2nd century BC. Grapes were imported from Greece to Italy long before the rise of the Roman Empire. Thanks to favorable climatic conditions, its cultivation spread across the peninsula quickly.

Dionysus ― the god of fertility, viticulture and winemaking ― is the deity of the Eastern (Thracian) origin. Proliferation and strengthening of the Dionysus cult in Greece is attributed to the 7th ― 8th centuries BC. Dionysus was also called Bacchus, which means “noisy”, because Dionysus' feasts were always full of fun. Hence the Roman name of Dionysus ― Bacchus. 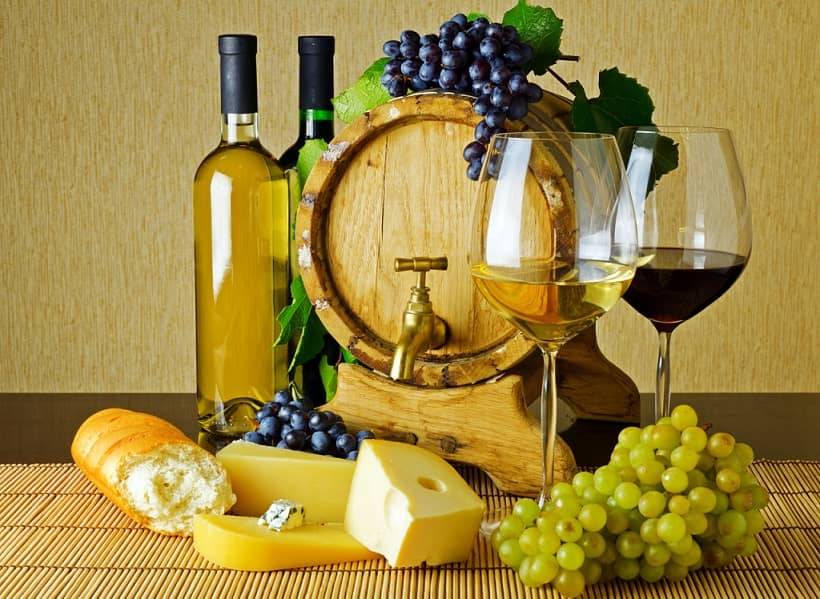 Grapes were imported from Greece to Italy long before the rise of the Roman Empire, foto WEB

Dionysus was not only the most cheerful, but also the most popular God among the Hellenes - great lovers of song and dance. He amuses people with gifts, drives away worries, encourages fun, pleases the soul and awakens passion. According to the Greek myth, he is the son of divine Zeus and Semela, a daughter of a Theban king. As the god of fertility (whose symbol is a phallus) he is portrayed as a child, who awakens in spring, grows up in summer, dies in autumn and again revives in spring.

As the god of wine (whose symbol is a wand), which he had brought to Greece by sea, Dionysus became famous as a deity who encourages winemaking, frees people from mundane worries, and brings his supporters into ecstasy on holydays. He punishes his enemies terribly by driving them mad. Dionysus traveled to different countries in a chariot driven by panthers, tigers, lions and other animals. His chariot was followed by a retinue: happy satyrs (demons with horns and goat hooves), nymphs (Bacchante). 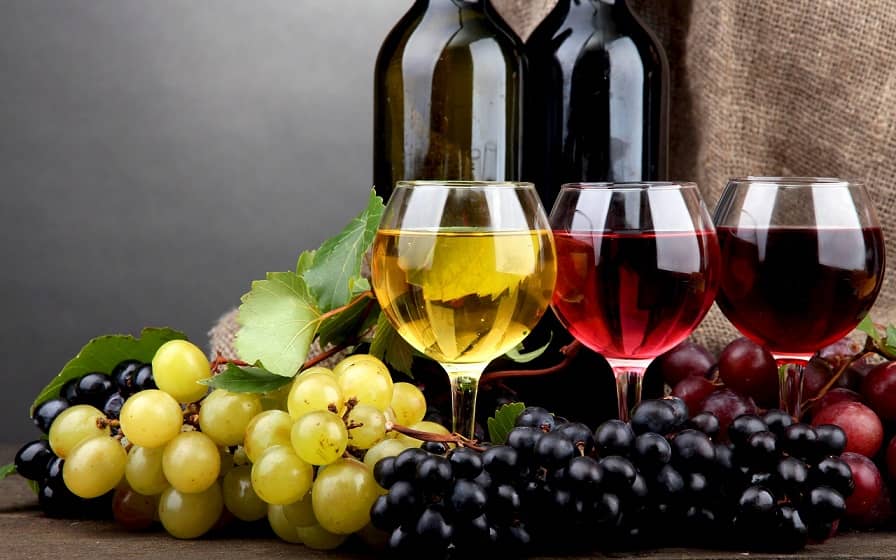 In antiquity they knew perfectly how a wine works on a man, foto WEB

Riding a donkey next to him is Silenus, his friend and teacher. Together with satyrs, the Bacchantes danced tirelessly and played tympani and dulcimer ... The wine flowed like a river. Everyone was having fun and it was so noisy and frantic, that people were sometimes frightened. They bowed before the suite of Dionysus, they sacrificed goats and praised him incessantly. Bacchanalia emerged and spread throughout Asia Minor and the Balkans up to Italy. Both men and women took part in them. Festivals with drinking were organized, Dionysos was glorified. The profanation of these rites later led the Roman Senate to ban the Dionysus cult .

In addition to the rituals which only welcomed the cult initiates, so-called Dionysias were organized; they were associated with cultivation and harvesting of grapes. People indulged in small or rustic Dionysia (Ascoli) when time came to try new wine which corresponded to the winter solstice. The holiday was accompanied with cheerful dances and games. Young people danced and jumped on one leg at wine barrel tops. 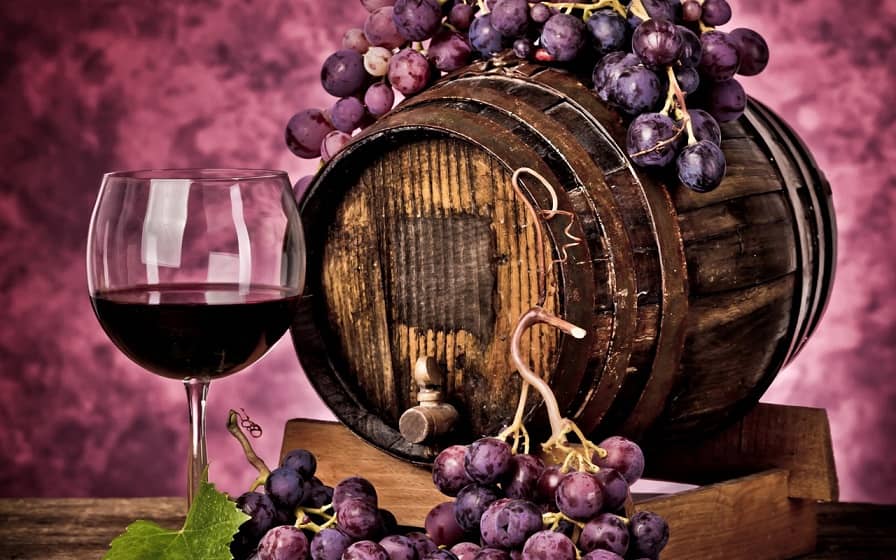 Dionysias were celebrated on the spring solstice and lasted for six days, foto WEB

Large or municipal Dionysias were celebrated on the spring solstice and lasted for six days. On these holidays, poets and artists performed to glorify Dionysus as the god of fertility. The three-day Dionysia (Anfestria) was celebrated upon the onset of spring in February and March, when the wine was already mature. On the first day the barrels, which had stored the vine since autumn, were opened. On the second day with a solemn air and in the presence of public, a trial of wine was performed. The third day was dedicated to the dead ancestors. During Anfestaria drinking contests were alsoorganized. At the call of the horn everyone had to drink as much wine as possible. The winner received a wreath of grape leaves and a wineskin of wine. In October, during the so-called Osshoforia, young people carried branches of vines with  grapes.

By its origin Dionysus was equal to Hercules - both originated from the divine father and the mortal mother, but these two were the opposites. Hercules embodied asceticism and restraint while Dionysus represented ecstasy and emancipation. At the same time, Dionysus was revered on par with Apollo, who adhered to completely different life principles: moderation, harmony, abstinence, classical restraint and active lifestyle. According to the famous Polish psychiatrist Kepinsky, such differences are also true for different ways of wine consumption. 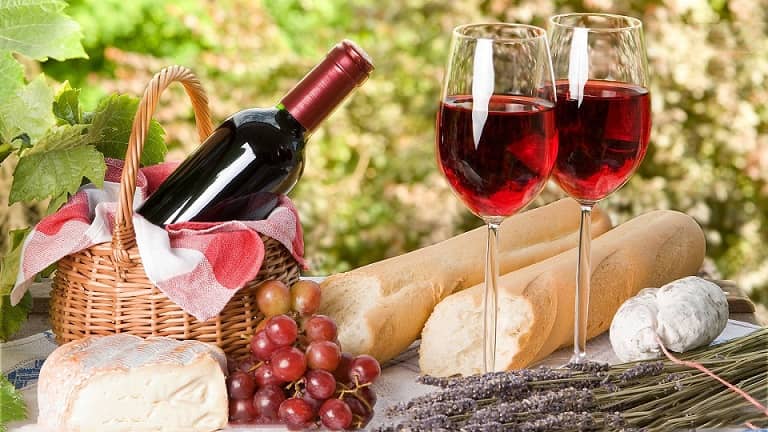 If you drink a little, the wine is pleasant and envigorating, foto WEB

In antiquity they knew perfectly how wine influences people. If you drink a little, the wine is pleasant and envigorating. Artists even believed that wine gives inspiration and helps to compose verses and music, to sing and dance. But if you lose control, wine becomes deadly. A drunken man is rude and shameless. It is not by chance that legends provide so many examples of insanity and loss of mind.