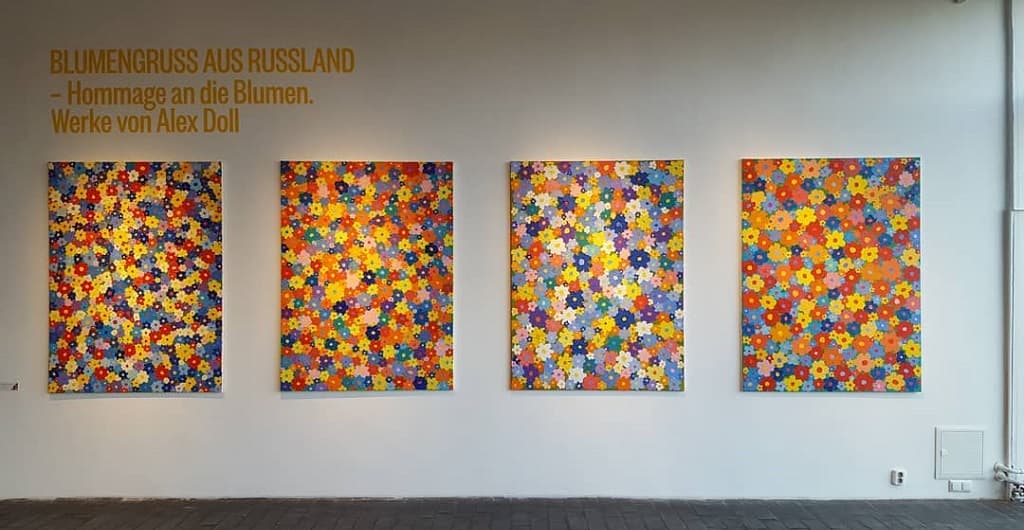 An unusual exhibition of Alex Dolle was opened in the Rostock Art Gallery (Kunsthalle) last Friday, April 20. It is called "Flower. Dedication" (Hommage an die Blumen), and it is timed to celebrate the 800th anniversary of the German city Rostock. The exhibition will run until May 13.

The exhibition was prepared with the support of the Rostock Government, the Russian Embassy to Germany, the Russian Academy of Arts, the National Museum of the Principality of Liechtenstein, the Swiss Miniatur Museum, the BERLIN24.RU Information Portal, the "M.Milelef" perfume house, the Peace and Harmony Foundation. 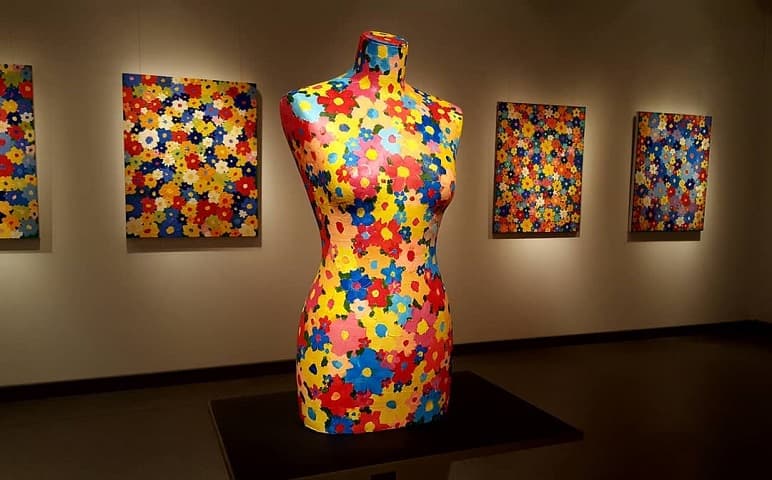 The flower performance, where 30 paintings of the artist were exhibited, was visited by the Russian Ambassador in Germany Sergey Nechayev, the Prime Minister of the federal state of Mecklenburg-West Pomerania Manuela Schwesig, the chief governor of Rostock Roland Methling, representatives of political and business circles and the public. 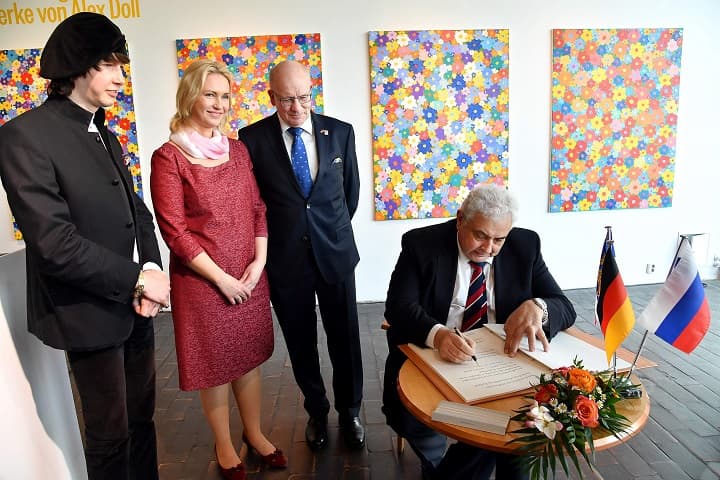 The Russian-Swiss artist Alex Doll once again presented his art as a symbol of friendship between nations, which does not depend on the political situation. In the colorful and floral performance, the artist united the representatives of four countries - the opera duo "Open Opera" from Russia, the creators of the flower perfume M.Miscallef from France, the ballet dancer Staatsballet from Germany and the curators of the Swiss Miniatur museum from Switzerland. "This is the first and the biggest foreign gift for the 800th anniversary of our city," said Roland Methling, the chief governor of Rostock. 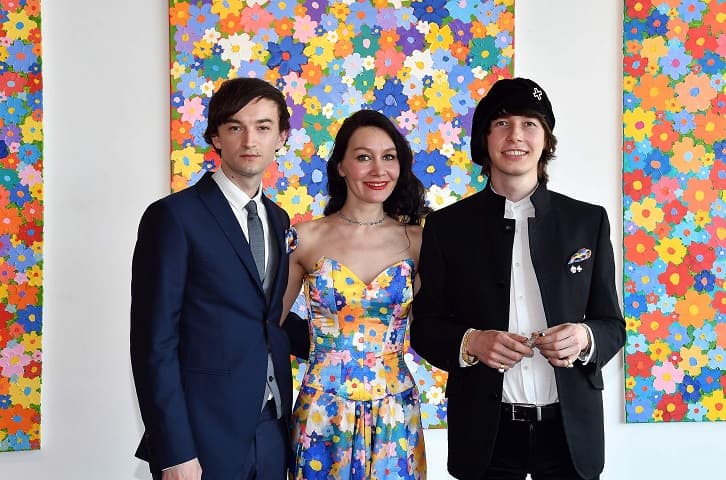 A new collection of Alex Doll's works presents traditional Russian colors of art. Bright, rich colors, a fascinating and monotonous alternation of colors on the canvas, a sense of floral aroma, which is gently enveloped in the hall, a variety of textures depicting flowers - this is the female mannequin, and Yorik, and a miniature Swiss house, and the evening dress of the singer and even the ballet dancer in video, which body is completely painted with flowers, performing a sensual dance to the sound of the Vocalise S. Rachmaninov ... All this gradually leads to the idea that the floral representation is a kind of life anthem in all its manifestations. 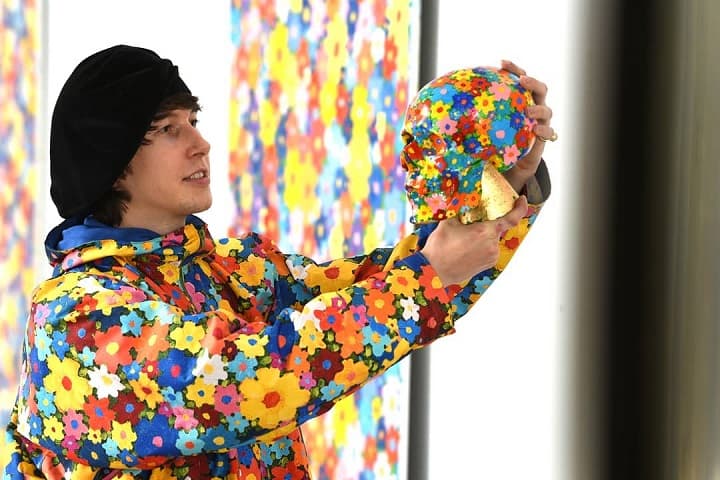 The Prime Minister of the Mecklenburg-West Pomerania, Manuela Schwesig, expressed admiration for the extraordinary exhibition, noting that Alex Doll's paintings "bring light and make the relationship brighter between Russia and the land of Mecklenburg-West Pomerania." Mrs. Schwesig stressed that the opening of the Russian artist's exhibition is an important a sign that shows that relations between countries have hope for improvement, despite a difficult period in international politics.

The Russian Ambassador to Germany Sergey Nechayev drew the attention of the guests to the positive context of the exhibition. It was not by chance that the flower performance was the gift for the anniversary of the Hanseatic city: flowers were traditionally given for the birthday, and this exhibition was exclusively devoted to the flower, its beauty, its exquisite aroma and the reflection of this beauty in the diversity of art. 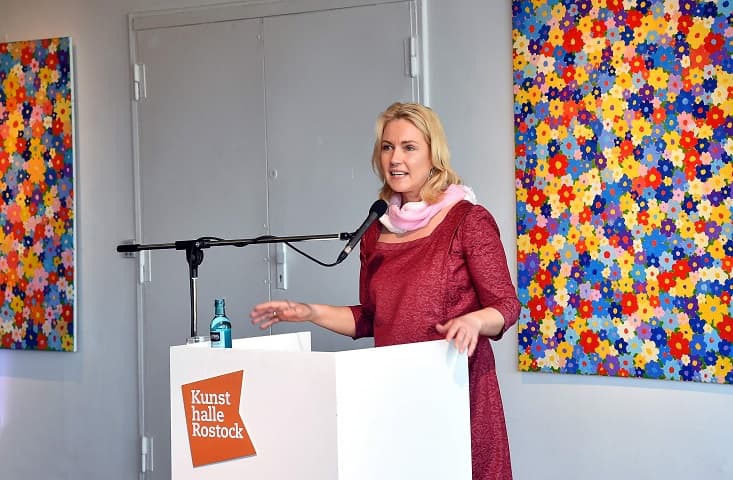 Manuela Schwesig stressed that the opening of the Russian artist's exhibition is an important sign, photo Joachim Kloock

After the exhibition in Liechtenstein and Germany, the paintings will be presented as part of the exhibition tour in Vologda, Orenburg, Yekaterinburg, Salekhard, Kostroma, Nizhny Novgorod, St. Petersburg, Moscow and other cities to Russian art connoisseurs. 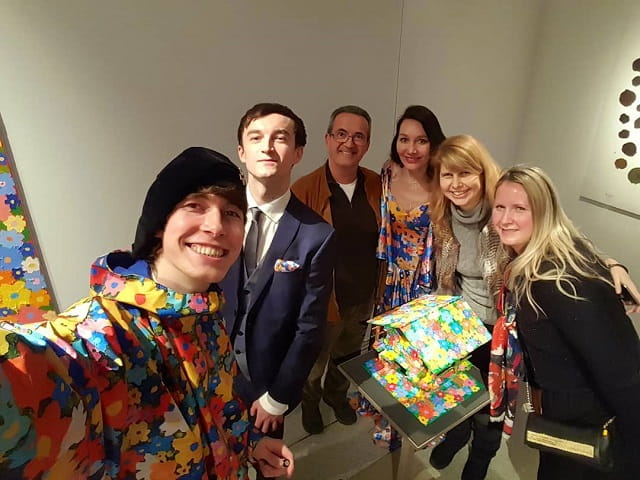 A lot of people worked on the performance creation together with Alex Doll, photo © doll_alex

Alex Doll was born in Orenburg, studied at the Art School, then in Moscow he finished the practice of design and painting with Professor A. Aleksandrov. In Bern he continued his studies at the Higher School of Painting. Since 2013, he is a member of the Union of Russian Artists. Since March 2014 - Honored Academician of the Russian Art Academy, and since 2015 - a member of the Youth Council of this Academy. The artist works in Moscow and Bern. He has many awards and diplomas, but he is constantly on the lookout.