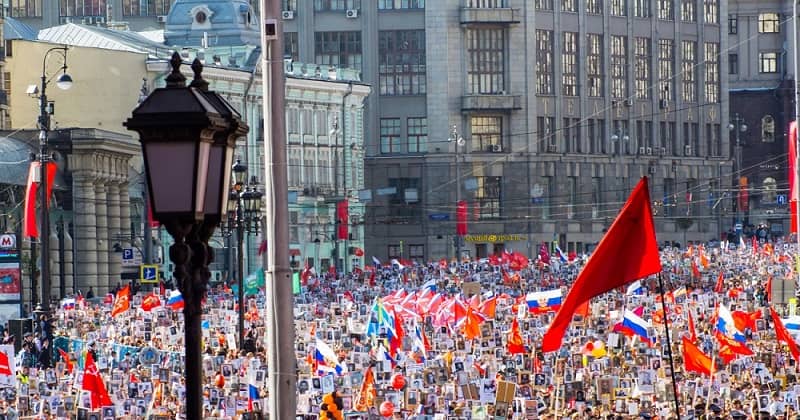 Although 72 years have passed since the Soviet Union red banner boldly soared up over the edifice of German Parliament, it’s hard to overestimate the historical significance of the victory won on the 9th of May.

The new generation has already been born; the word “war” bears no sense for them and even the oldest of their relatives have only heard stories about it… In memory of the events which took or broke the lives of millions, the Immortal Regiment marched across the Russian cities today.

The idea to march along the central city street with portraits of relatives and the loved ones who perished in battle with German invaders is not a novelty in itself. Wives and mothers, students, veterans ― people united in a single impetus in different corners of Russia have organized such events since 1960s. In modern time such events were initiated by city administrations, educational establishments, non-commercial organizations but they never reached the global scale. 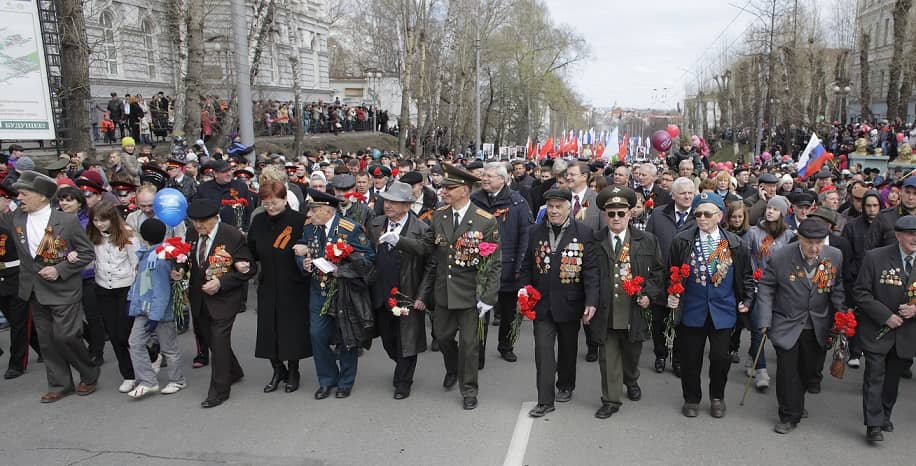 Tomsk is the birthplace of the Immortal Regiment as we know it today, photo WEB

Tomsk is the birthplace of the Immortal Regiment as we know it today. A group of local journalists noted that fewer and fewer veterans were taking part in the 9th of May parades, and when the last of them were gone, the history of bloody war and heroic victory would become plain old history. The idea to carry the photographs of their relatives in a solemn procession at the next parade found a lively response in the hearts of Tomsk residents. In 2012 the column of the Immortal Regiment marched for the first time; more than 6 thousand people took part in it.

The whole Russia instantly joined the movement; next year the geography of the initiative encompassed 120 cities and was supported in Kazakhstan, Transdniestria, Ukraine, Ossetia. Over 5 years the Immortal Regiment became a genuine all-people’s tradition and today it marched along the streets of 70 countries, Germany included. 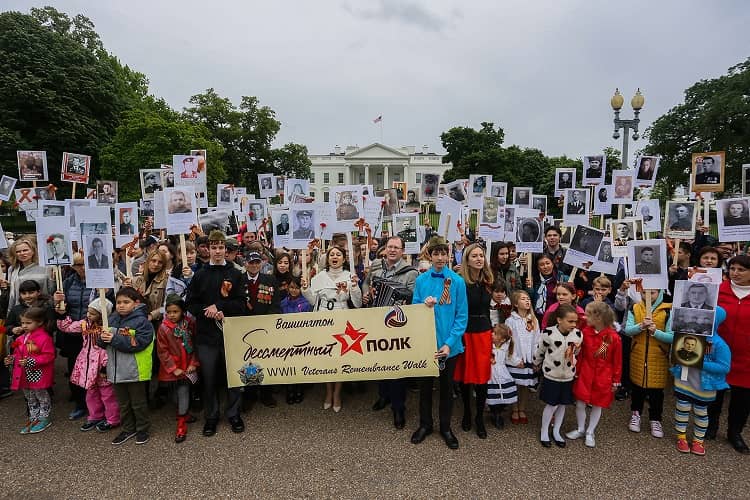 The Immortal Regiment became a genuine all-people’s tradition and today it marched along the streets of 70 countries, photo WEB

The idea behind the Immortal Regiment is that every family should preserve the memory of the generation that sacrificed their lives for our future’s sake.It is a non-commercial, non-political and non-governmental campaign with no place for advertisement, PR or propaganda. It is a genuine people’s movement. Born in Siberia, it aims to seek response in the souls of younger generations.

Our history should be carefully preserved not only in the hearts of those who suffered the war, but also in the hearts of the youngest people living today under the peaceful skies. The Immortal Regiment prompts youngsters’ curiosity for the events of the 1940s, for the greatest feat of the entire army and the role of their relatives in it. 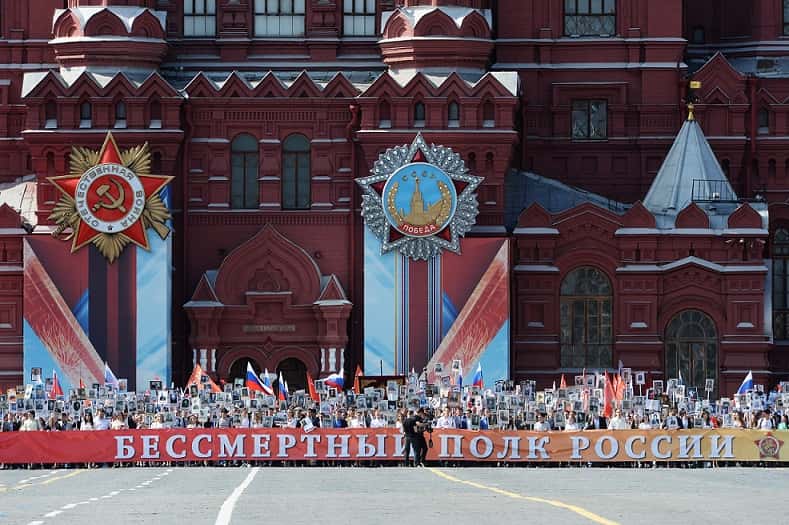 According to the Russian Ministry of Internal Affairs, about 850 thousand people emerged to the Moscow streets, photo WEB

On this day the Immortal Regiment marches were organized in France, Germany, Greece, the USA, Japan, Portugal, Congo, Israel and dozens of other countries. Even in Dushanbe, where authorities banned the campaign due to religious considerations, people nevertheless came to the streets with photographs. Thousands of people all over the world were united by the common idea and proved that the Second World War events are the history of everyone.

In Moscow, Victory Day festivities were opened with a celebration parade, where Suvorov Regiment, Nakhimov naval college students, Kremlevtsy and more than ten thousand other military personnel payed the tribute to the memory of the perished. It was the first time when Young Army cadets marched across the Red Square. Today the demonstration of military vehicles went through without aviation because the sky was heavily overcast. But the Immortal Regiment withstood both the +2 temperature and drizzle. According to the Russian Ministry of Internal Affairs, more than 850 thousand people emerged to the Moscow streets this day.

As long as we remember, those looking at us from the Immortal Regimen photographs are alive. Many didn’t return, others didn’t live long enough to see the victory… Every year we carry their photos along the peaceful streets proving that we haven’t forgotten anything, that we are grateful and proud. As long as this tradition lives, they are immortal.