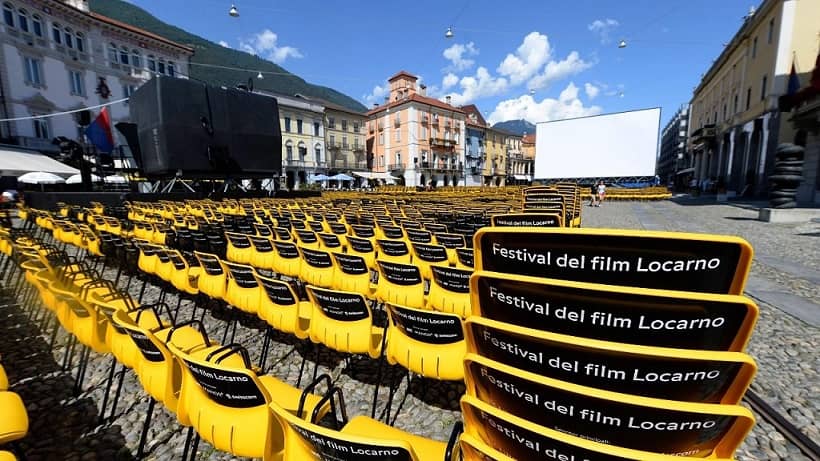 It’s still several months before the international cinema festival in Locarno will be officially opened. It is one of the best-known European festivals, which is equally prominent as its counterparts in Cannes, Venice or Berlin. Locarno festival celebrates its 70th anniversary this year.

During the course of anniversary festivities, the resort town of Locarno in Southern Switzerland not only remembers its past glory, but also plans for the future. Locarno is getting ready to become a genuine audiovisual town: its government decided to carry out a large-scale infrastructural modernization. Very soon the grand opening ceremony of the Locarno Cinema Palace will reveal its new cinema halls fitted with state-of-art equipment.

The festival administration also holds a range of events aimed at young cinematographers. The Youth Advisory Board — a consultative counsel for young people aging from 16 to 25 ― is established. According to the plans, the board will welcome aspiring film-makers twice or thrice a year to discuss the relevant topics. 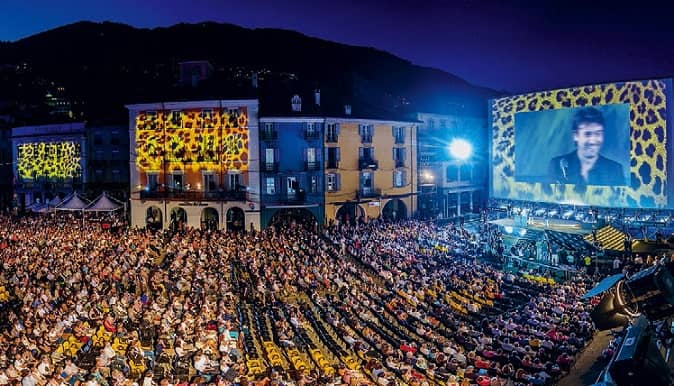 The heart of the festival is the central town square Piazza Grande, which can accommodate up to 8000 spectators. Films will be projected to the Europe’s largest screen (26 m, height ― 14 m), while people will enjoy the comfort of black-yellow armchairs ― the color palette is chosen to resemble Pardo the Leopard, the festival’s official symbol. Every year the viewers watch films under the star-studded sky, while laughing, wondering or even crying out of compassion to the characters on the screen. The town turns into an enormous cinema, where everything is dedicated to cinematography. Movie posters and Pardo statuettes are everywhere…

Sometimes at a random small restaurant you can spot a celebrity drinking Ticino wine from a typical ceramic “bocallino” goblet. Nearby, cinema critics are fervently discussing something with aspiring film-makers, while at the next table an elderly Swiss couple is leading an unhurried conversation over a cup of cappuccino. Locarno attracts cinema enthusiasts from all over the world. Here they can express their thoughts, exchange new ideas and socialize with fellow cinematographers. 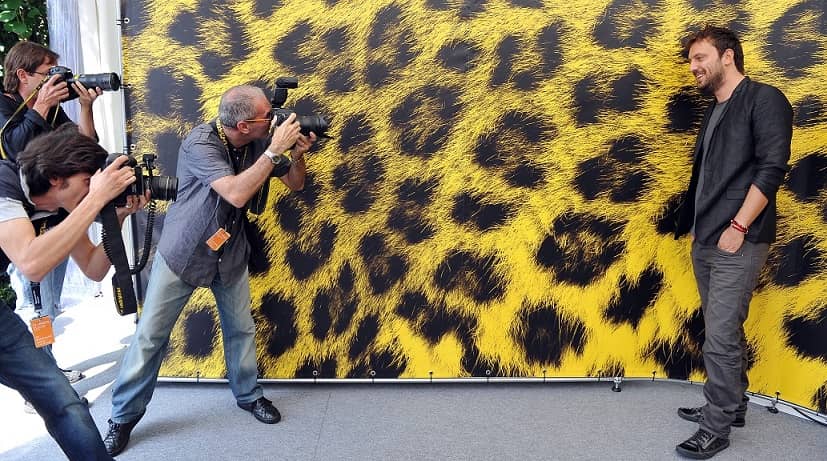 An interview with an Italian actor Cesare Cremonini during the festival, photo © Locarno Festival

This year Switzerland has dedicated three historical events to the festival’s 70th anniversary. Swiss Post has released a special stamp, which will undoubtedly become a philatelic rarity.

The Swissminiatur museum complex in Melide has recently presented a new model ― a 1:25 copy of Locarno Piazza Grande square ― and little viewers are already starting to occupy the miniature seats in front of the screen. 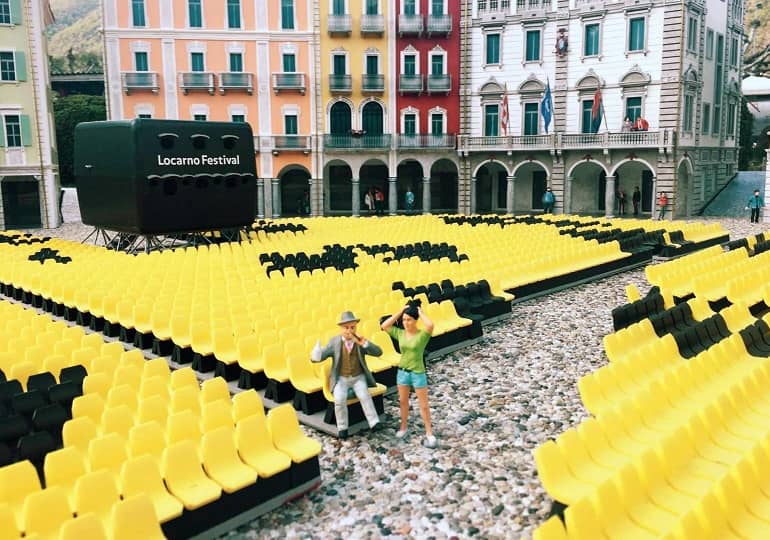 But the main present to the festival is the release of new 20-franc bills, which feature the festival’s symbols. A wonderful global-wise advertisement campaign!