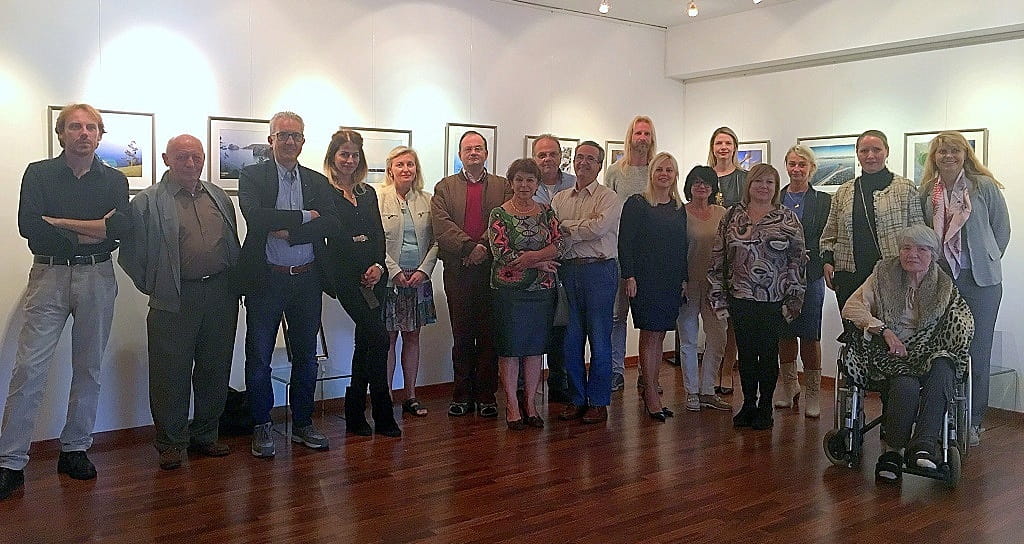 From Saint Gothard to Lake Baikal

Every year in Switzerland at the end of September is celebrated the Swiss campaign of the Russian army under the leadership of General A.V. Suvorov, committed in 1799. Battle took place on the north side of the Saint Gotthard Pass, in the Shollenen Gorge near the Devil's Bridge, where the troops of the Russian Empire fought against the troops of Napoleon.

Today, here is a monument in memory of the dead Russian soldiers, carved into the rock of the gorge in the late XIX century. There were many famous figures of Russian history in the army of Suvorov, including the brother of the tsar, Prince Constantine, and also the future governor of Irkutsk Ivan Borisovich Zeidler. Traditionally, the Suvorov events are attended by the museum park Swissminiatur and the Swiss Fund Ibrahim Kodra.

This year, on September 15, 2017, an exhibition "From Saint Gothard to Baikal" was opened on both exhibition platforms, dedicated to the Governor of Irkutsk, Ivan Bogdanovich Zeidler (1777-1853), participant of the Suvorov Crossing through the Alps. The opening of the exhibition was attended by Elena Arkhipova, cultural attache of the Embassy of the Russian Federation in the Swiss Confederation, government officials and local residents Melide, as well as numerous Russian-speaking residents of the canton of Ticino.

General Assembly of the United Nations declared 2017 year as a year of sustainable tourism, and by Russian Federation - year of ecology. That is why the exhibition tells visitors not only about the history that unites Russia and Switzerland, but also about their huge natural resources. This is the unique Swiss mountain range of Saint Gotthard, where four European rivers (Rhine, Royce, Ticino, Rhone) are born, and Lake Baikal in the Irkutsk region, the world's largest fresh water reserve. 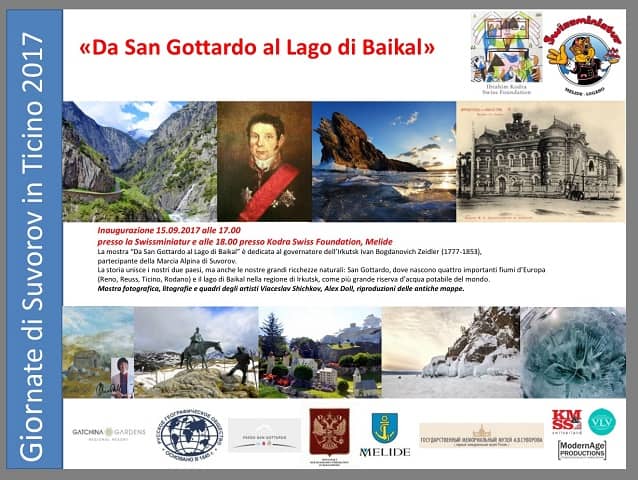 Poster of the exhibition "From Saint Gothard to Baikal"

The Swiss Museum Ibrahim Codry, the St. Gothard National Museum, the Russian Geographical Society of St. Petersburg, the Russian State Museum of Suvorov in St. Petersburg, with the support of the companies Regional Resort Gatchina Gardens, KM&SS, Modern Age Production and the web portal VLV-mag.com were attended in the development and implementation of this exhibition project, which is held within the framework of Suvorov Days in Ticino.

The exhibition "From Saint Gothard to Lake Baikal" tells about historical events and natural beauties of Russia and Switzerland and is held under the patronage of Melide Municipality and the Embassy of the Russian Federation in the Swiss Confederation. 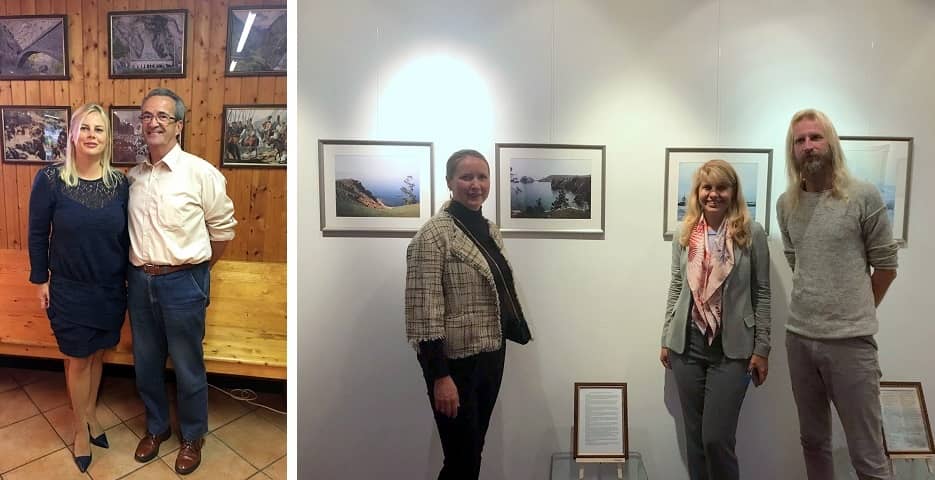 On the left, Dominique Vigner, director of the Swissminiatur, and Elena Arkhipova, cultural attache of the Embassy of the Russian Federation in the Swiss Confederation; the curators of the exhibition Maria Pacolli and Ilina Giulia together with the traveler and photographer Alberto Caspani, foto © Kodra Swiss Foundation

In addition, visitors of the exhibition will be able to admire the photos of the landscapes and the fantastic flora of the natural paradise of the Saint Gotthard Massif, which divides the north and south of Switzerland.

Also the works of the Siberian artist Vyacheslav Shichkov are displayed, created in the 70's in Irkutsk, the lithograph of the Russian-Swiss artist Alex Doll from the series "In the Footsteps of A. Suvorov in Switzerland", photos dedicated to Suvorov Days in Ticino.

On the opening day was showed the film "Suvorov. Alps in 200 years " of TV channel Zvezda.

Dominique Vigner, director of the Swissminiature Museum Park, noted that "this event, organized with the support of the Melide municipality and the Russian Embassy in Bern, is very important for the historical and cultural exchange between Russia and the Canton of Ticino and is part of the project "Cultural Diplomacy", which is developing a park museum Swissminiature in conjunction with the Swiss Foundation Ibrahim Kodra with various countries around the world. "

The exhibition will last until September 30, 2017.

Ivan Bogdanovich Zeidler (1777 - 1853) was born in St. Petersburg in the noble German family Zeidler, who moved to Russia from Germany during the Seven Years' War (1756-1763). In 1796, he began military service in the cavalry and until 1815 continuously participated in many military companies of the Russian army. In 1799 he took part in the Italian-Swiss campaign of A.V. Suvorov, including crossing the Alps. In 1810 he was awarded a gold sword with the inscription: "For Bravery", and in 1811 he was awarded the Order of St. George of the 4th degree. In January 1812, Tseidler received the rank of colonel. He participated in the bloody battle with the French at Berezina in November 1812. In 1814 he joined Paris with the Russian army under the command of Tsar Alexander I. On March 8, 1819, Zeidler was sent to Irkutsk as military commander of the city, and the following year was promoted to major general. In 1821, under the special request of M. M. Speransky, he was appointed an imperial decree by the Irkutsk Civil Governor, where he worked until 1935. The inhabitants of Irkutsk were very fond of Zeidler for his culture, kindness, honesty and hospitality.