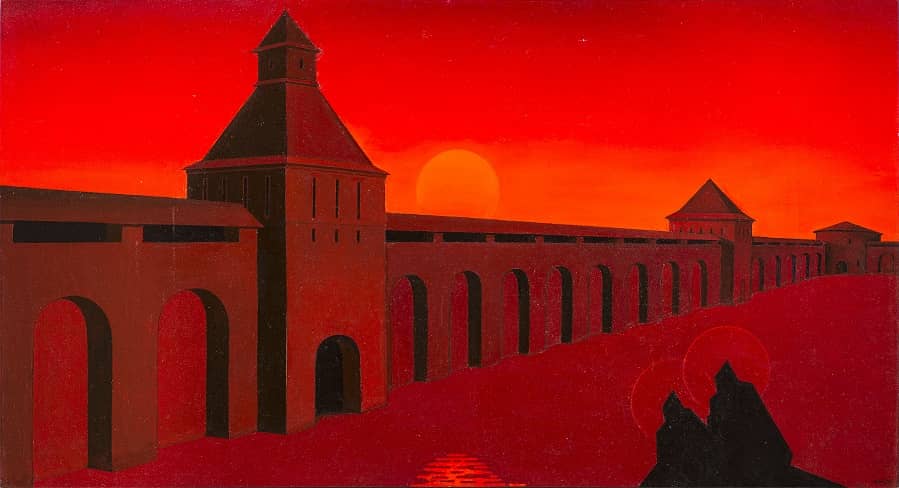 “Avocations. Private collection of Vladimir Spivakov” Exhibition at the Museum of Russian Impressionism

A prominent violinist and conductor Vladimir Spivakov has employed his multifaceted talent in musical art and many other social spheres most impressively.  Moscow residents and visitors will have a chance to experience the beauty of the unique art collection from June 16th till September 24th, 2017 at the Museum of Russian Impressionism. The exposition “Avocations. Private collection of Vladimir Spivakov” will feature more than 90 artistic works belonging to various epochs and schools. The maestro’s collection will be exhibited as an independent exposition for the first time.

The name of the exposition ― Avocations ― has a good reason behind it. Few people know that Vladimir Spivakov, a novice violinist at the time, studied visual arts intensively and even faced a choice: to become a musician or an artist. While studying at the Leningrad Conservatory Specialized Secondary Music School, he was also a non-degree student of the art school associated with the Leningrad Academy of Arts. 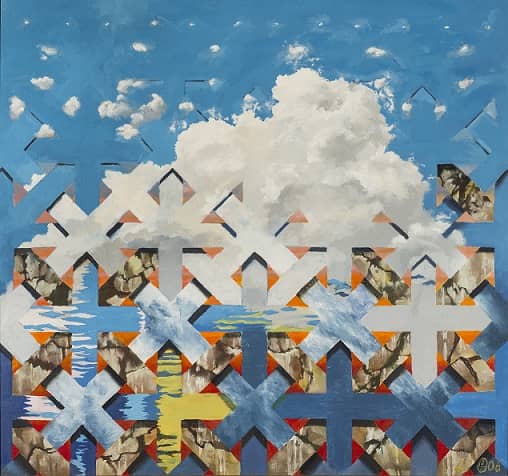 Choosing music, the maestro hasn’t abandoned his passion towards visual arts. His expansive and various collection has joined Russian painting and graphics of 19th―20th centuries; Russian contemporary art ― represented by nonconformism and Moscow conceptualism, neo-academism and kinetic art; and a unique (for Russia) collection of folk Western European reverse paintings on glass. 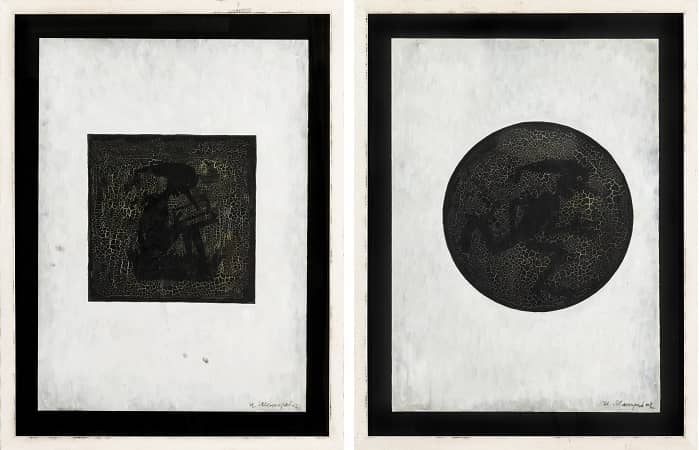 Among the pieces of Russian 19th―20th century art, certain theater graphic works are of particular note: works by Aleksandr Benua, Konstantin Korovin, Boris Chaliapin (Fedor Chaliapin’s son) and Pavel Tchelitchev. For the first time Vladimir Spivakov encountered vivid and dynamic sketches of the latter one at the Russian Tea Room ― a Russian cuisine restaurant on Manhattan, near the Carnegie Hall. “I experienced an incident in this concert hall, – recalls the musician. – On November 7th, 1977 during Bach’s Chaconne performance, somebody threw a self-exploding 3-kilogramm can with paint, right at my solar plexus. That was a peculiar way how some people fought for freedom of leaving the USSR… After the incident we went to the Russian Tea Room and these works by Pavel Tchelitchev adorned the walls there. Later I saw them at Anatoly Bekkerman’s: I have excellent memory for paintings. And Anatoly Bekkerman ― a person, whose taste and knowledge I trust ― gifted them to me”.

Alexander Grigoriev “Horizon and Ascension” and “The Eye”, photo © rusimp.su

The entire collection is permeated by personal stories: for example, Artur Fonvizin’s Circus Women were gifted by the prominent artist’s widow, while Female Portrait by Lado Gudiashvili is its author’s present.

Despite the diversity and wideness of the collection’s classical part, the most significant element of the exposition comprises contemporary Russian artworks. This trend includes the works by a neo-academist Egor Ostrov, nonconformists Vladimir Nemukhin and Boris Zhutovsky, a Moscow conceptualism representative Igor Makarevich and a kinetic artist Aleksandr Grigoriev. 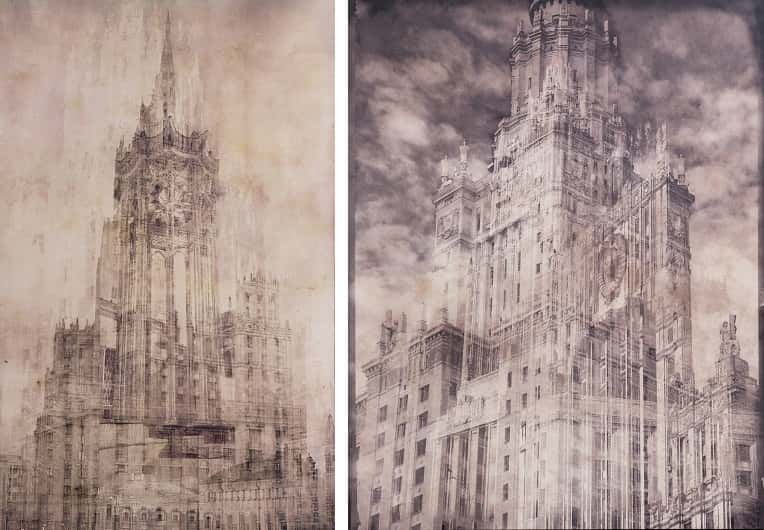 Of particular significance is a rare collection of Western European folk artworks of late 19th ― early 20th centuries: the works of reverse paintings on glass artists. The maestro began to collect reverse glass devotional paintings in Colmar, the venue for his annual international music festival.

Vladimir Spivakov donated more than 100 artworks from his collection to the Moscow International House of Music, which he has been heading for more than 15 years.

Vladimir Theodorovich Spivakov was born on September 12th, 1944 in the town of Tchernikovsk in Bashkir ASSR (now a part of the Ufa city), where his parents were evacuated during the war. Once the war was over, the Spivakovs returned to Leningrad. In 1955 Vladimir Spivakov enrolled into the Leningrad Conservatory Specialized Music School. 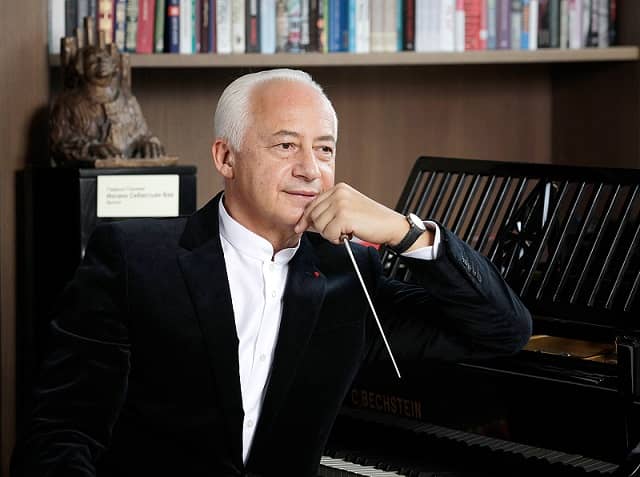 During 1960s-1970s Vladimir Spivakov won prizes at several prestigious international competitions: M. Long and J. Thibauld contests in Paris, N. Paganini Contest in Genoa, a competition in Montreal and P.I. Tchaikovsky Contest in Moscow. In 1979 with a group of like-minded musicians he created the “Moscow Virtuosi” chamber orchestra and became its permanent leader, conductor and soloist.

Spivakov learned conducting from Professor Israil Gusman in Russia, took lessons from Leonard Bernstein and Lorin Maazel in the USA. As a sign of friendship and faith in Spivakov’s future as a conductor, Bernstein presented him his baton, which hasn’t been abandoned by the maestro even now.

In 1989 Vladimir Spivakov headed the International Music Festival in Colmar (France), he remains to be its art director now. The festival “Vladimir Spivakov Invites…” has been held in Moscow every two years since 2001. Leading figures of the world’s performance art and budding stars has taken part in this festival. Since 2010 the festival has been held in other Russian and CIS cities as well.

The musician has repeatedly sat in the jury of well-known international competitions (in Paris, Genoa, London, Montreal, Monte Carlo, Pamplona and Moscow); in 2016 he organized the International Violin Contest in Ufa.

For many years Vladimir Spivakov has been taking part in social and charity activities. The Vladimir Spivakov International Charity Foundation was founded in 1994. It aims at identifying and providing overall support to young gifted people. In December, 2010 Vladimir Spivakov was awarded with the State Prize of the Russian Federation for establishing the foundation.

Modern composers have repeatedly devoted their works to Vladimir Spivakov: A. Schnittke, R. Schedrin, A. Pjart, I. Schwartz, V. Artemov and many others. 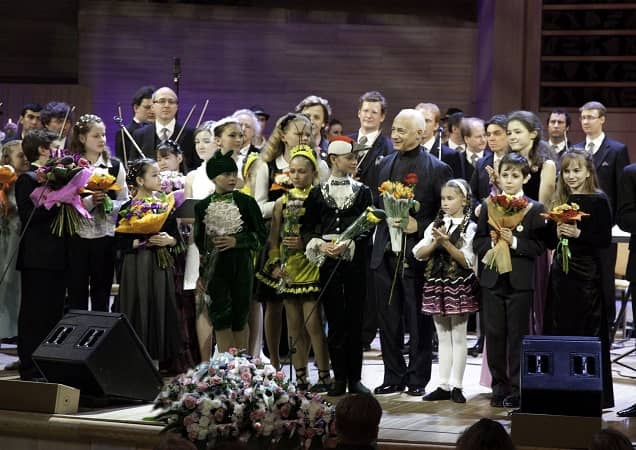 In 2003 Vladimir Spivakov assumed the positions of art director and chief conductor of the Russian National Philharmonic Orchestra (which he founded) and president of Moscow International House of Music. Vladimir Spivakov has been a member of Russian Presidential Council for Culture and Art since 2011.

Vladimir Spivakov is a People’s Artist of the USSR, Russia, Armenia, Ukraine, Dagestan, Kabardino-Balkaria, Bashkortostan. The maestro has been awarded with the USSR State Prize, Order of Peoples' Friendship, Order of Merit III, II and IV Class, higher orders of Kirgizia, Ukraine, Italy, France (including the Legion of Honor) and many other honorary prizes and titles.

In 2006 Vladimir Spivakov was designated UNESCO Artist for Peace “in recognition of the musician’s outstanding commitment to the global art, his activities in the name of peace and development of the dialog between cultures”; in 2009 he was awarded with the UNESCO Mozart Gold Medal. He is a cultural ambassador of the Davos World Economic Forum.

In 2012 Vladimir Spivakov was given the Russian State Prize “for outstanding commitment to humanitarian activities” (in different years this prize was also granted to His Holiness Alexis II Patriarch of Moscow and All Russia, Aleksandr Solzhenitsyn, Valentina Tereshkova, Juan Carlos I of Spain and the President of France Jacques Chirac).

For the opening of the «Avocations. Private collection of Vladimir Spivakov” exhibition an illustrated catalogue will be published. It will feature Vladimir Spivakov’s interviews and essays devoted to the most important sections of the maestro’s collection, including the first research overview of the reverse paintings on glass exposition.

The exposition will be held from July 16th till September 24th, 2017 at the Museum of Russian Impressionism