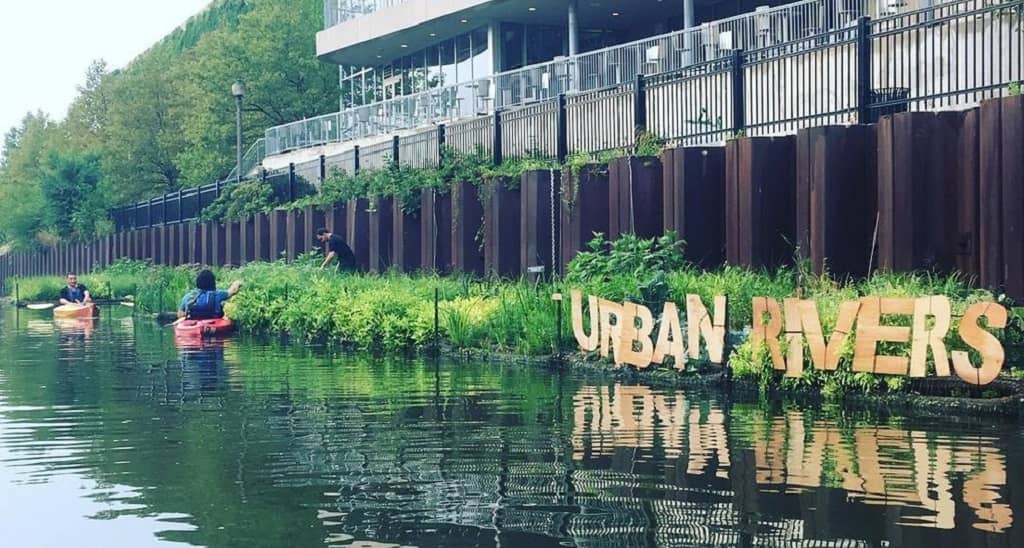 Today millions of people on the planet are playing computer mini-games with enthusiasm. Killing time at home or office, someone builds virtual civilizations or fights monsters. "Why not put this energy on a peaceful course?" - thought in the American company Urban Rivers and decided to create an environmentally friendly online game.

This story began in 2017, when the non-profit organization "Urban Rivers" built a real floating garden on the Chicago River. The artificial island was created to provide natural shelter for animals, fish and plants that live here. The structure is a special platform of stainless steel, populated by local flora. The structure is modular and allows easy building up of useful area, where the inhabitants of the river can find food, material for construction of nests and holes, or simply hide. 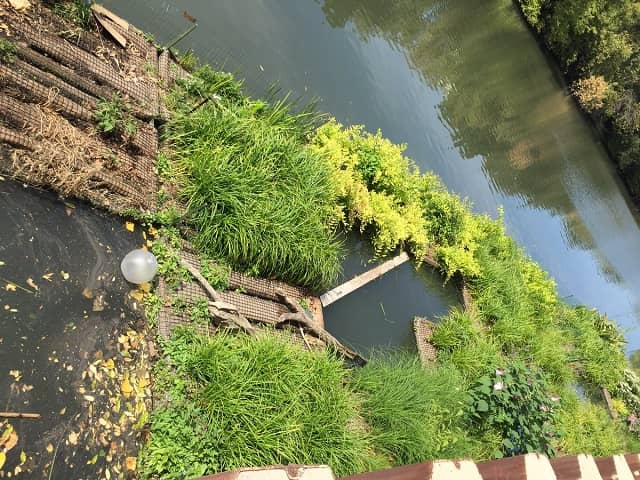 You can swim in a kayak to the floating island, it became a stronghold of wildlife right in the center of the buzzing megacity. This place was chosen by canoeists, fishermen and people who just want to hide from the city's bustle. And yet the pernicious impact of civilization is felt here ...

The kayak staff are caring for the garden, which regularly replenishes the supplies of biomaterial and feed, and also removes garbage. And with the latter, according to the employees of Urban Rivers, it's just affliction. It drifts to the garden in huge quantities, nullifying the very idea of a project designed to increase the biodiversity of the river and to make life easier for its inhabitants. 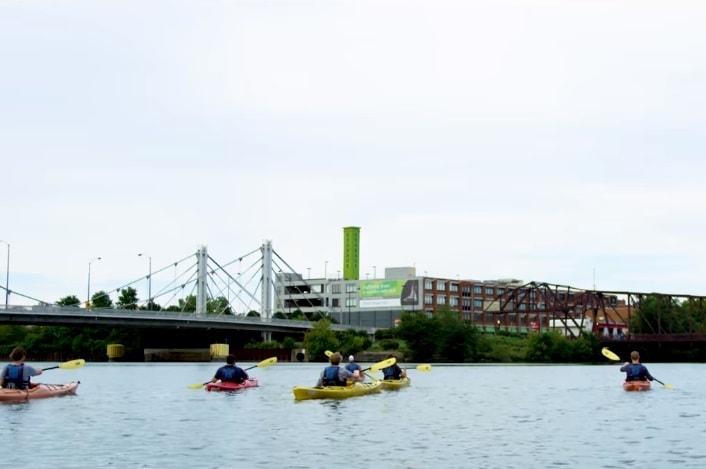 The garden is attended by kayak staff, photo © urbanriver

The floating garbage in the river is a problem that will never exhaust itself. Its cleaning is an occupation that does not seem to end. Manually clear the river is simply impossible! To solve this issue, Urban Rivers created a robotic cleaner, called TrashBot. In fact, it's a motor-pontoon, equipped with a gridded wireframe and a container for collected garbage. Being equipped with a camera and a wi-fi station, the robot is controlled remotely, moves quickly and does not know fatigue.

Employees of Urban Rivers tested the prototype and found virtual cleaning of river debris really fascinating! And today the company offers to participate in this game to all in the world. Soon, sitting at home with a cup of coffee, you can connect to TrashBot and collect a few floating plastic bottles in Chicago. When the container of the robot will be filled, it will go to the shore, where it will be cleaned and released again "to freedom."

Soon it would be possible to connect to Trashbot, photo © urbanriver

Until now, the project was funded by the management of the Urban Rivers, but today the company asks to assist the public in improving the concept. Five thousand dollars are needed to build a garbage station ashore and improve the model v.1.

It is planned to be equipped for work at any time of the year, with GPS tracking and a special system that prevents the "escape" of the floating cleaner. If they collect more funds, then in Chicago there will be not one but two robots, which means the river will become cleaner, and the game is more interesting! 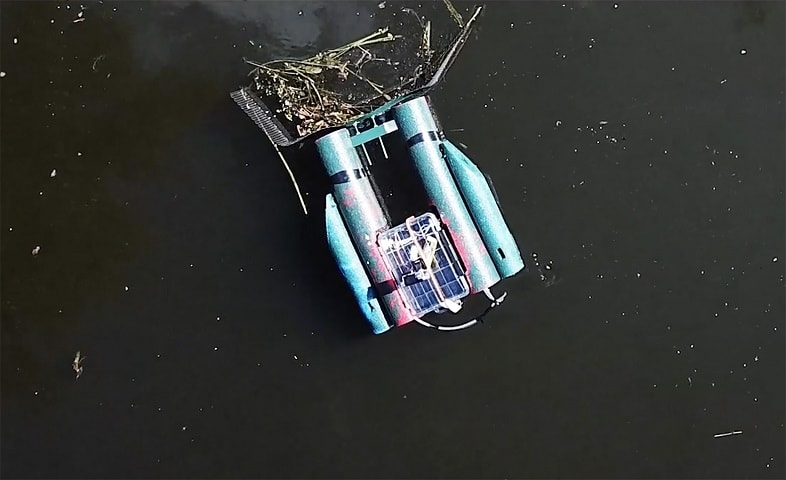 Five thousand dollars are needed for the construction of a garbage station, photo © urbanriver

And yet, the creators of Trashbot hope that one day such online cleaning of Chicago's water will become a terribly boring game, as garbage will end and there will be nothing to clean. But while there is enough work in the river for everyone.