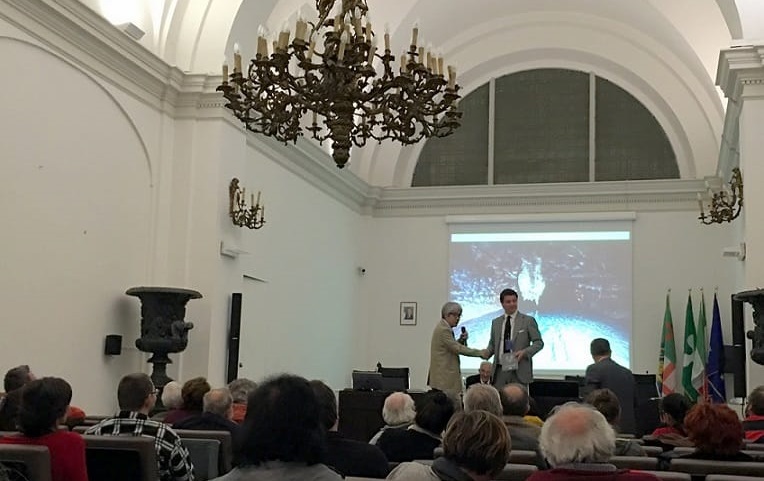 Since the end of World War II, there has been an incredible evolution of equipment and tools in caving. It has moved from ladders to the single rope technique allowing for a remarkable evolution in cave progression. Important developments have taken place with the new survey methods. Laser scanning, for example, has allowed speleologists to take a bearing of very large cave chambers with most precision. The transition from paper to digital has played a fundamental role in document storage allowing quick and easy access to data.

The 1960 Symposium was promoted and sponsored by Salvatore Dell’Oca, an entrepreneur and a caver from Como, and it involved a large number of specialists and scholars from around the world.

Similarly, the 1972 Seminar aggregated the world leading specialists on speleogenesis. The 1960 Symposium represented the seminal event that led in 1965 to the founding of the Union International de Spéléologie in Ljubljana (SLO), thanks to the dense network of international relations held by Salvatore Dell’Oca. In his memory, and with the ambition to aggregate the best international and national expertise on new technologies applied to speleological research, we will hold the III International Symposium of Speleology, as tradition in the magnificent site of Villa Monastero in Varenna, Lake Como.

The Symposium will open with the presentation from the University of Milan, Department of Earth and Sciences “Ardito Desio”, of a Recognition to the Memory of Salvatore Dell’Oca and with the celebration of the 120th Anniversary of the founding of the Caving Group Milan, one of the oldest Italian speleological groups. Future sessions will instead be devoted to the state and prospects of the use of new technologies in research and caving communication, with the contribution of numerous specialists.

Among the topics that will be covered: problems in the transition to digital of caving publishing, experiences of laser-scanner used in the world’s major cavities, prototypes of major low cost portable underground systems, use of drones for the exploration of areas difficult to access, analysis of underground air flows for the characterization of unknown stretches of cavities, new software systems for the integration of geographic and topographic data of natural cavities.

This latter issue will culminate in the presentation of the results of the Project TuPaCa, which obtained financing from the Cariplo Foundation.