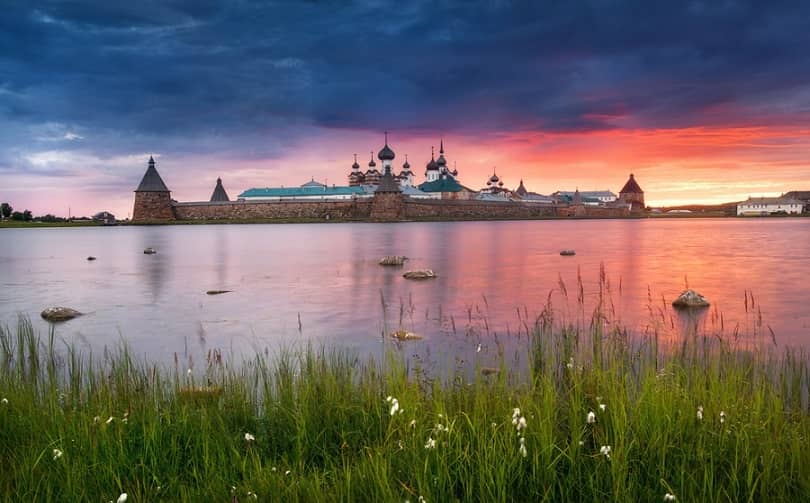 As time goes by, trips to all-inclusive Turkish hotels are becoming less and less desired. People want to visit places where their souls can experience true vastness ― to breathe deeply and freely, get amped up with pure energy and accumulate enough life force to work till the next leave. Let us travel across several unforgettable northern Russian locales! 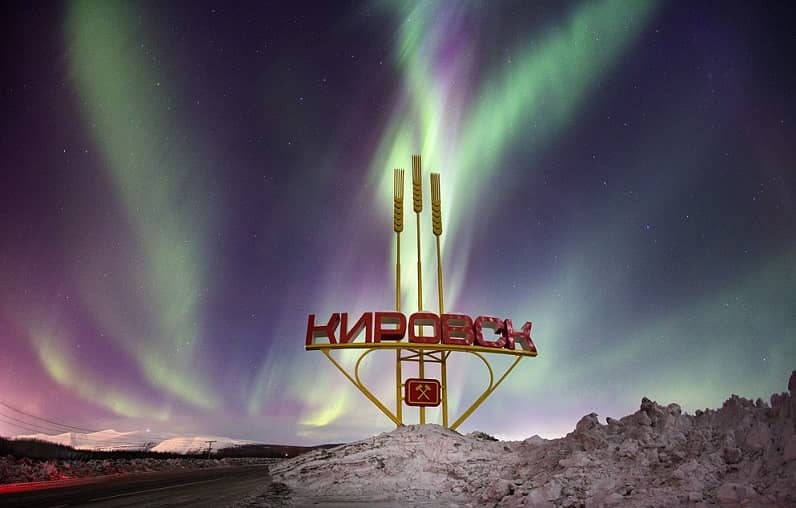 We’ve laid our course from the west to the east and the first stop is Murmansk region. Here, in the mountains of the Kola Peninsula you can see one of the most colorful and incredible natural phenomena ― northern lights. The town of Kirovsk lies at the foot of the Khibiny Massif ― that’s where tourists will find mountain ski centers. Skiers and snowboarders enjoy the local snow even in May! 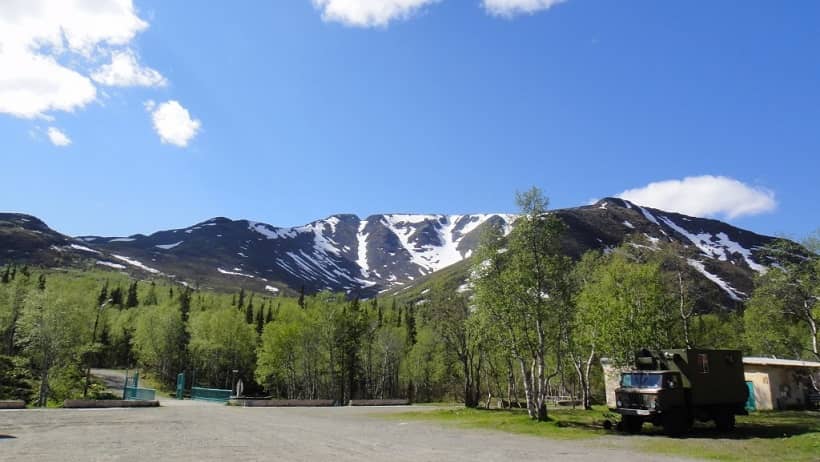 From the town you can go up the mountains with a snowmobile expedition group. True adventurers are welcome to spend an entire week far from civilization. For those who have no stomach for extreme tourism, Kirovsk features such places to visit as the Snow Village, the Polar-Alpine Botanical Garden, several museums and an Orthodox convent. 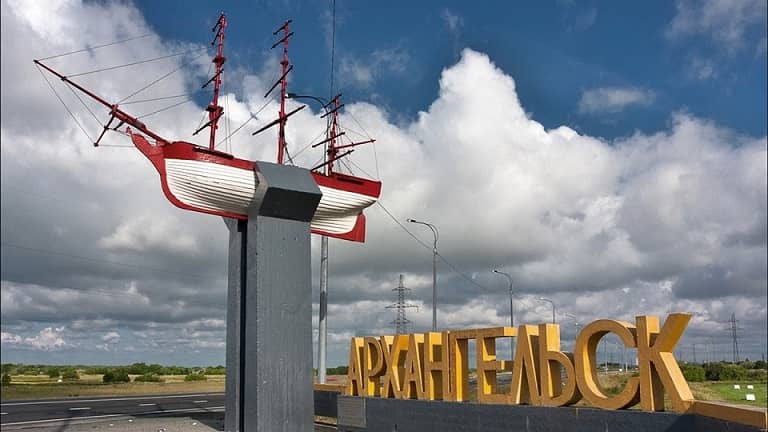 Arkhangelsk ― one of the oldest cities in the northern European Russia, photo WEB

Arkhangelsk is one of the oldest cities in the northern European Russia. It was erected in 1584 on Ivan the Terrible’s order to provide protection from possible Swedish attacks. Soon it became the largest Russian port that generated more than a half of the national income. Arkhangelsk held this status until the new port appeared in Saint Petersburg. 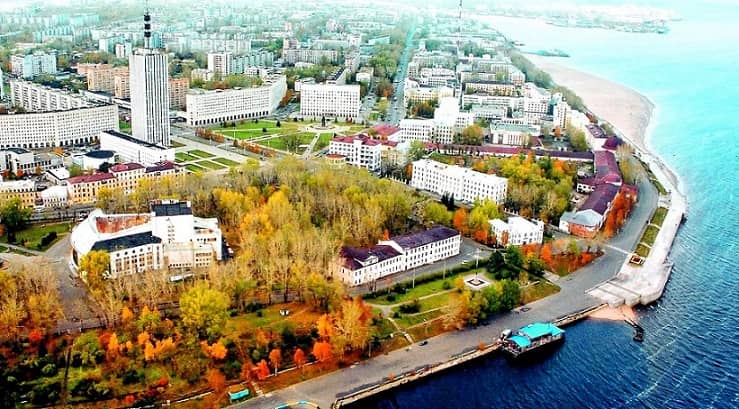 Arkhangelsk is considered to be the cultural and historical center of the Russian North, photo WEB

Nowadays Arkhangelsk is considered to be the cultural and historical center of the Russian North. Tourists come here to immerse into the ambience of old Russia, marvel at its architecture and monuments, visit its museums and get acquainted with the authentic cuisine and crafts. At that, every Russian has “touched” this town at least once ― 500-ruble banknotes feature a sailboat in the Arkhangelsk port and the monument to Peter the Great. 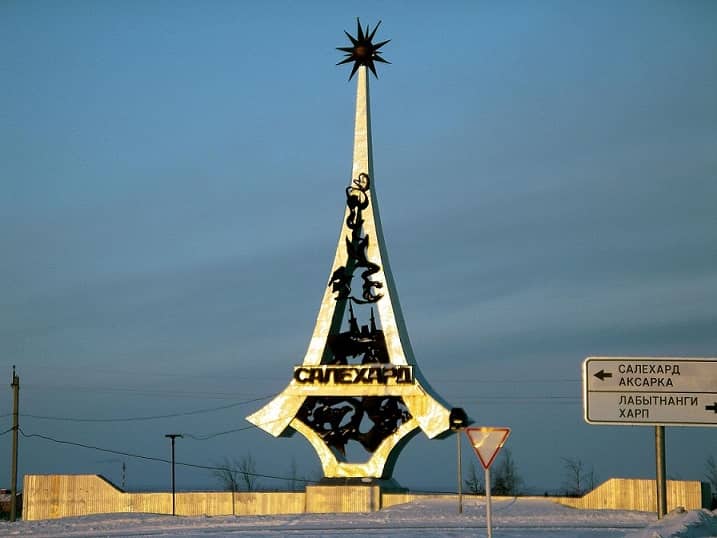 Salekhard — the only town located on the Arctic Circle and an administrative center of Yamalo-Nenets Autonomous Area, photo WEB

A journey to the Yamal can take you far from civilization both in terms of space and time. To do so, visit the indigenous people of the peninsula. You’ll have a chance to spend a night in a reindeer skin tent called “chum”, try exotic fish and meat dishes, buy handmade clothes made of skins and fur and learn how to drive a reindeer sleigh. Primeval landscapes of this cold land boast surprisingly abundant fauna. Besides reindeer pastures it’s possible to come across groups of wolverines, polar foxes, lemmings. And if your goal is hunting, there’s a fair chance to return home with a brown bear or polar wolf trophy. 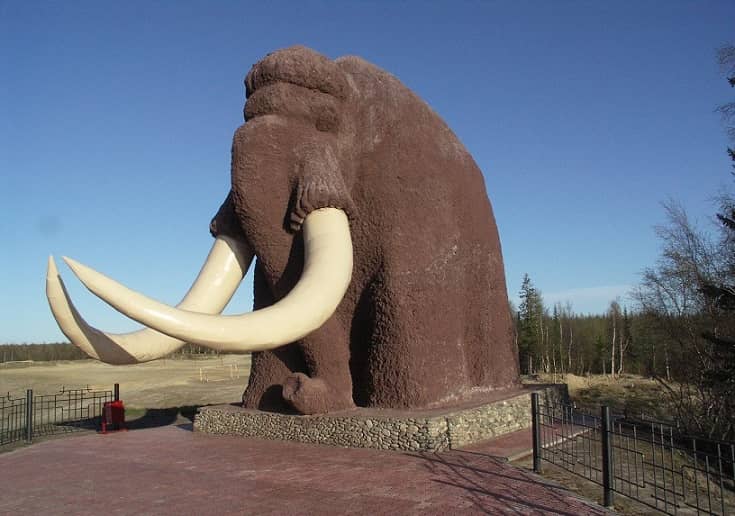 At the town entrance there is a monument to a baby mammoth that was tenderly given a Russian name Lyuba, photo WEB

Salekhard is the only townlocated precisely on the Arctic Circle; it is the administrative center of Yamalo-Nenets Autonomous Area. Modern, wealthy and colorful, it emanates the romantic appeal of geological expeditions. At the town entrance there is a monument to a baby mammoth. And rightfully so ― in the town vicinity researchers found the most well-preserved mammoth remnants.  The mammoth was tenderly given a Russian name Lyuba. 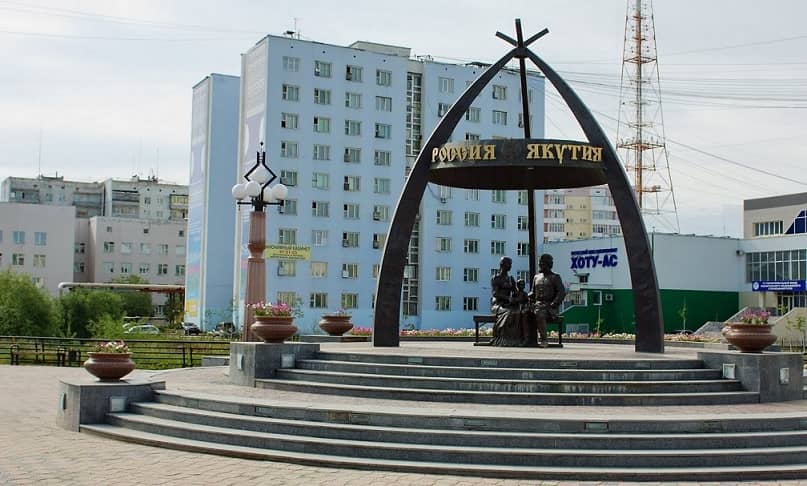 Yakutsk is a modern city with developed infrastructure, multistoried buildings, museums and theaters. From so far away Moscow seems a parallel universe. The city is situated within the permafrost zone: winter lasts for 9 months, while frost is a local tourist attraction. Near every decent restaurant there is an ice statue cut from a chunk of the Lena River ice. Everlasting ice is studied by the Yakutsk Permafrost Research Institute ― its underground laboratory even admits tourists. 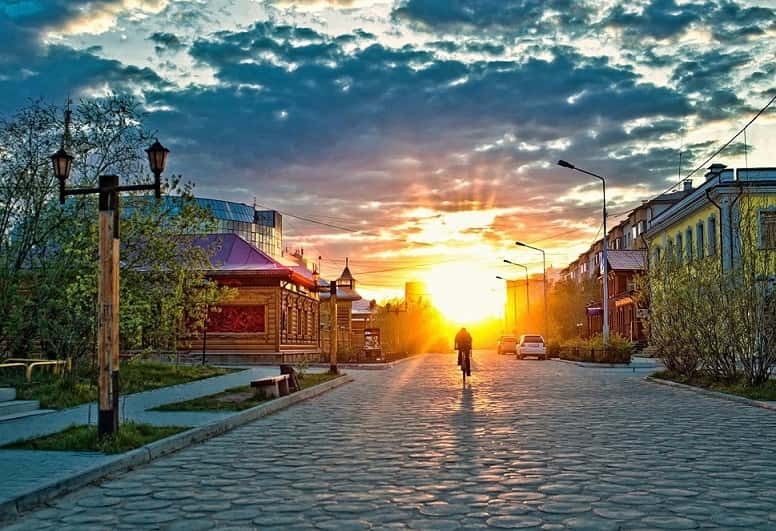 The city is situated within the permafrost zone; local winter lasts for 9 months, but summer does exist, photo WEB

Why would women travel to Yakutsk? To visit the Sakha Republic Treasury! At this permanent exposition the glitter of ice is reflected in against the facets of Yakutsk diamonds. The diversity of diamonds, gold and platinum ingots, jewelry ― it make you somewhat dizzy. The men who attend their ladies might have a hard time because one can have a drink after such shopping from 14:00 till 20:00 only. The sale of alcohol throughout the rest of the day is banned. Instead, you can easily indulge into fish delicacies, venison and horsemeat dishes.

The Russian North is harsh, mighty and splendid. Karelia, Kamchatka, Yamalo-Nenets Autonomous Area, Magadan… There’s too much to see in a single lifetime. Don’t waste your life ― travel!