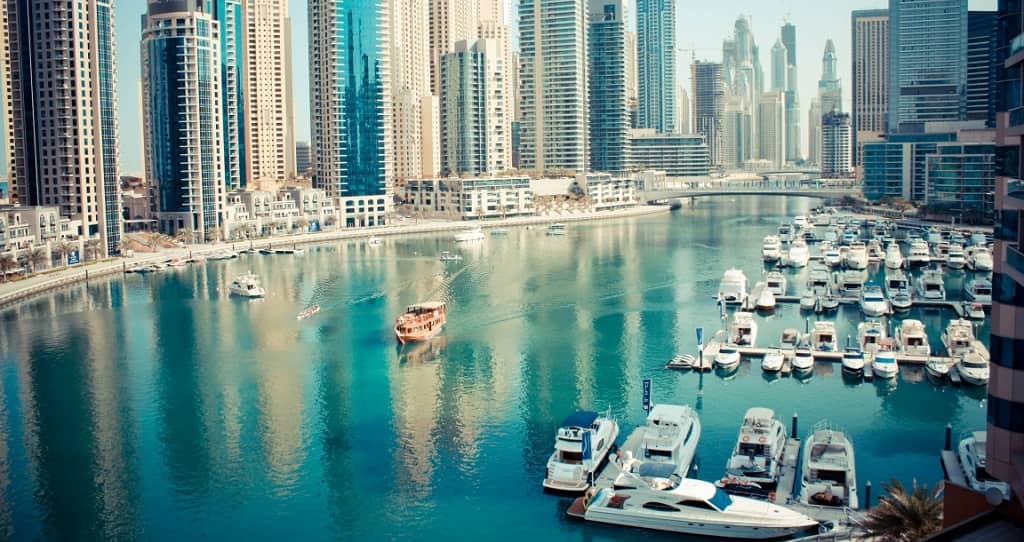 Just 40 years ago, in place of modern Dubai was a bare desert. Today, here is one of the richest cities in the world.

In it, almost every hundredth citizen is a dollar millionaire, the bride at matchmaking is used to receive 5 kilograms of gold, and each new citizen gets ... 50 thousand dollars! Well? Do you still think about whether there is a paradise on Earth? 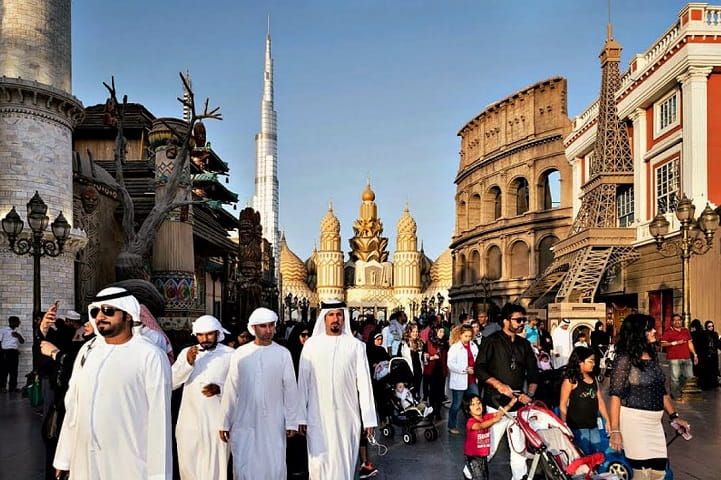 Dubai is one of the richest cities in the world, photo WEB

Here, no one is surprised by a child riding a home tiger, or walking cheetar in the garden. On the road here you can easily find a gilded car, which, probably, is normal for a country where even police use Lamborghini and Ferrari.

The cult of gold here reached its apogee - more than in Dubai, this noble metal is not bought anywhere in the world! Up to 40% of all gold sold in the world falls on Dubai. Therefore, do not be surprised to see someone with a gold cigarette case - it is likely that this person has bath covered in gold. 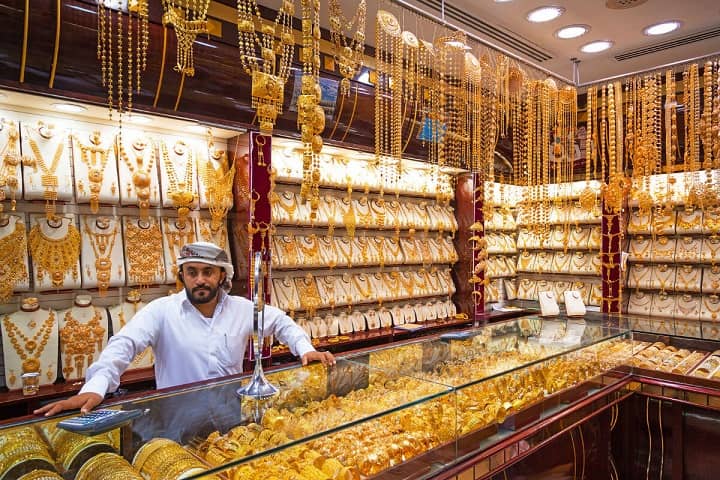 In Dubai, up to 40% of all gold sold in the world, photo WEB

This city sparkles under the scorching sun glass walls of hundreds skyscrapers. Construction here is very fast. Fully automated metro, in which more than 40 stations, was built in just 18 months!

And the entire infrastructure of the city is so developed that it is impossible to imagine how 25 years ago the whole movement was focused on one single road. The city continues to grow and today, as evidenced by hundreds of construction cranes, nodding "heads" from morning till late evening. According to some sources, 20% of all building cranes in the world are concentrated here. 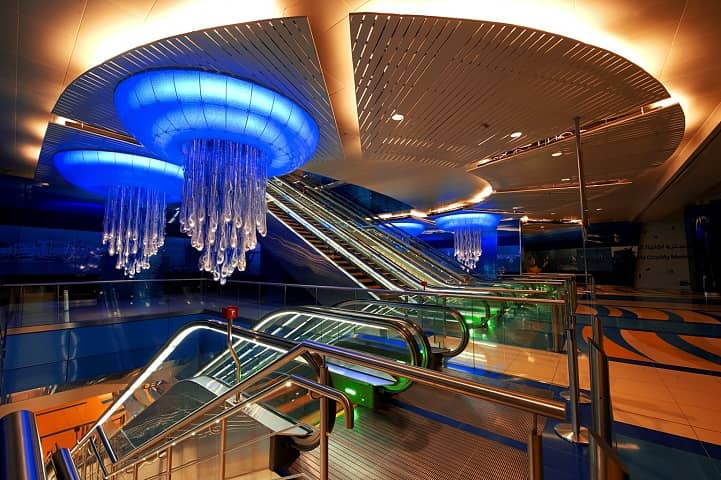 Dubai has all kinds of "most" objects. The largest skyscraper in height is 828 meters - in Dubai. The highest hotel is also here. The world's largest amusement park where? Yes, in Dubai! Not surprisingly, the shopping mall, which is stunning by its scale, stretching over an area of more than one million square meters, was also built in the "golden" heart of the UAE.

But, as in the sun, there are spots, so Dubai has another, not so bright, side. It is not worth kissing in public, wearing outfits, drinking alcohol and throwing trash on the street. And for violation of traffic rules three-digit fines threaten (in dollar equivalent, of course). 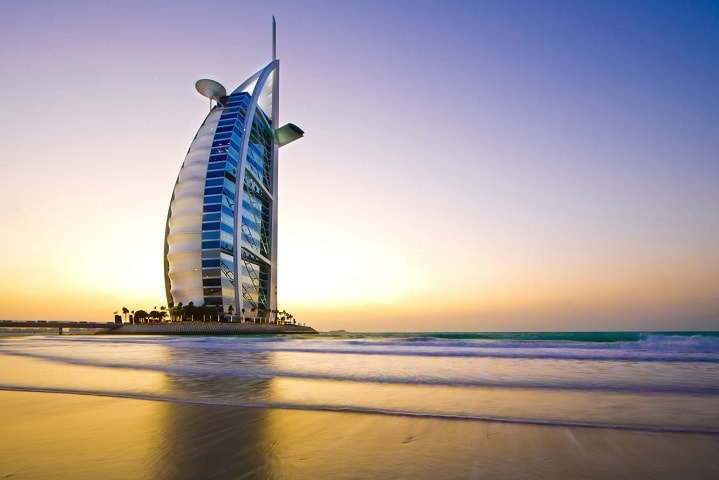 The highest hotel is the visiting card of Dubai, photo WEB

The climate in the "golden" paradise is truly infernal. The summer air here can warm up to 58ºС! Therefore, it is not surprising that everything around is equipped with air conditioning from rooms in hotels to public transport stops.

Tours can be purchased here all year round, but the peak is in October-November, when it's not so hot, but the water in the sea is still warm. Rest in Dubai can not be called a budget, but if you want to relax with chic, the city offers rooms in seven-star hotels, where even to go without any preliminary reservation is impossible. 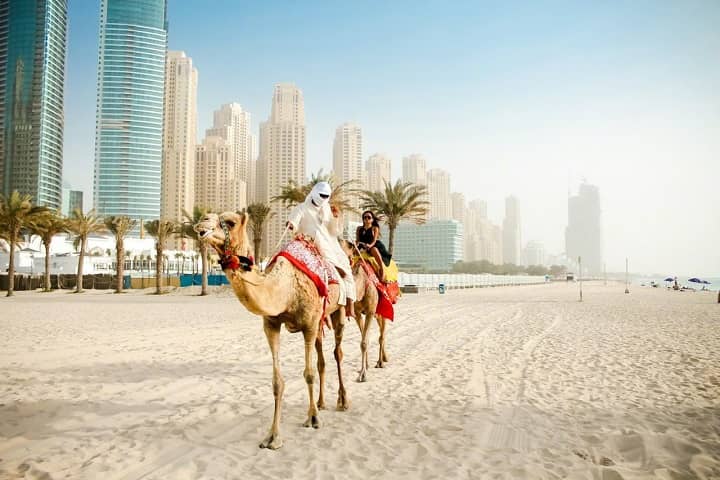 Tours are available here all year round, photo WEB

Active tourists are offered with a lot of excursions. Want a safari in the desert with an authentic dinner? You are welcome! Or maybe you want to enjoy the sunset on the 125th floor of the Burj Khalifa skyscraper? No problems! At your service is a unique water park, a show of singing fountains, deep-sea fishing, a zoo, a park of flowers, museums, mosques, an oceanarium ... In general, you will not get bored in Dubai!