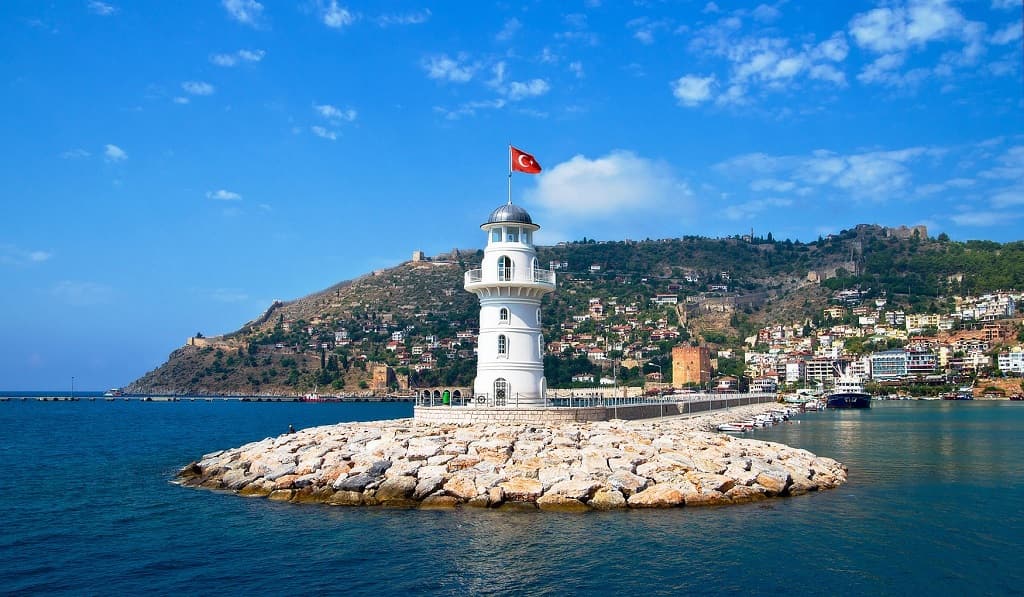 For those who wish to relax in Turkey, each travel agency will give a whole bunch of options for any date and budget. So, choose a hotel, and go!

Turkey harmoniously combines first-class European service and the mysterious colouring of the East. Energetic Istanbul beckons with mosques and the noise of eastern bazaars. Sunny Antalya attracts with a variety of entertainment. Picturesque Kemer, hiding at the foot of the mountains, drowns in greenery and has an exciting smell of the sea ... But there are Marmaris, Side, Alanya and other resorts, each of which will surprise even a sophisticated tourist. 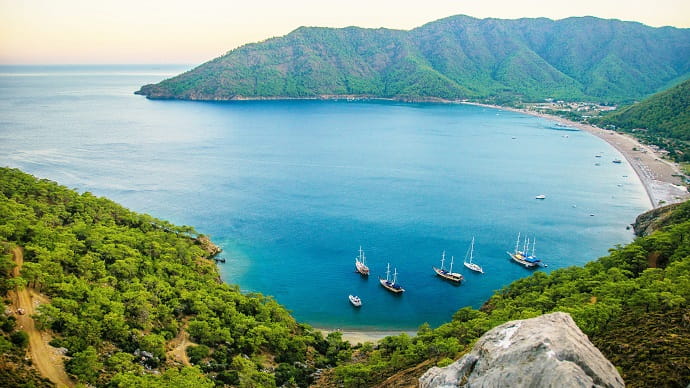 Kemer drowns in greenery and excitingly smells of the sea, photo WEB

Holidays in Turkey are of high quality at affordable prices. On the Turkish coast is really "all inclusive" - in five-star hotels there is everything and even more. Club hotels and institutions with fewer stars are not far behind. Even the “3 stars” here will provide comfort, excellent cuisine, a clean beach and signature oriental hospitality. Among other things, Turkey is a convenient destination for families with children. True, it is still hot in Turkish beaches in June-August, and therefore it is better to choose May or September for a comfortable trip with young tourists. In general, the holiday season in this country is open year-round.

In the summer, many vacationers do not leave the territory of the hotels at all, however, for more active guests, a vacation in Turkey in 2019 will be remembered for a variety of entertainment. In summer, they are engaged in all kinds of water sports, rafting, motor safaris and fishing. In winter, the Turks open the ski season, and you can go here for shopping at any time. Trading here is a special art, and the ability to bargain with a knowledgeable tourist will bring considerable benefits. 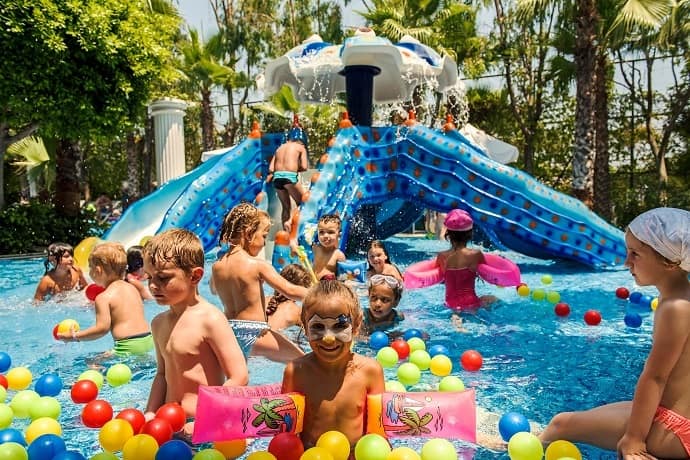 Turkey is a convenient destination for families with children, photo WEB

Turkey is a country with a long history combining ancient Greek, Persian, Roman, Byzantine and Ottoman traditions. On its territory there are plenty of attractions, many of which must be visited. You can start right from Istanbul - a city that connected eras and religions. Hagia Sophia is a building of stunning beauty, crowned by a huge dome that rests on powerful columns decorated with mosaics. Nearby is the Blue Mosque - a grandiose building that stretches to the stars with six minarets. Topkapi Palace Complex, the former Sultan's residence, today is the country's richest museum. And here is the most "non-Turkish" local palace of the Sultan - Dolmabahce. Built in baroque style, it accommodates almost three hundred rooms. And don't forget about the Grand Bazaar - the largest indoor bazaar where 61 streets are interwoven! 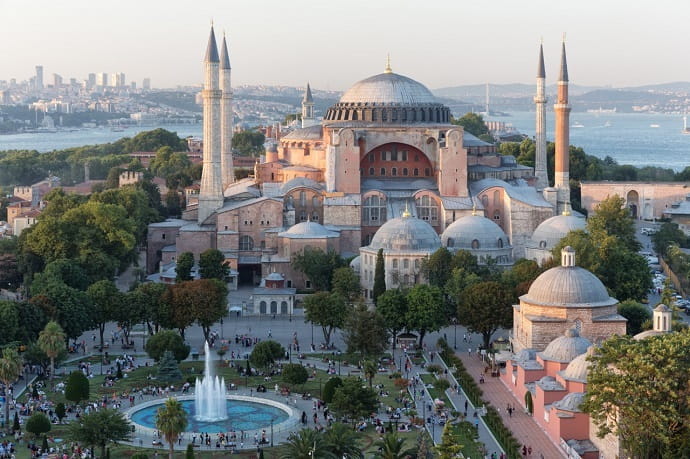 Tourists love an ancient Ephesus, keeping traces of Roman and ancient Greek cultures. The ruins of the Artemis's temple, the gladiators' cemetery, the library of Celsius and other historical sites are open for visitors here. Not far from Antalya are the remains of the cultural heritage of the ancient Lycians - a thousand tombs carved into the rocks. You can touch the frozen time with your hands in other ancient cities - Demre, Troy, Olympos, Phaselis still cherish fragments of history. 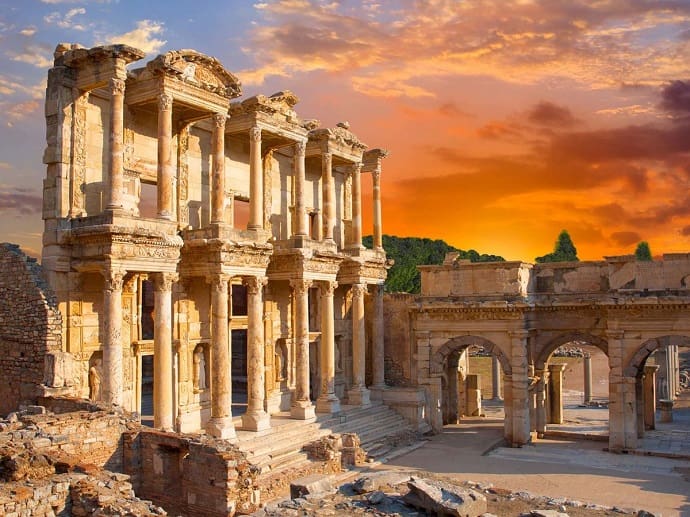 Modernity has also given the country amazing sights. For example, in 1980, in the Taurus Mountains, the Turks blocked the bend of the Manavgat River with a dam, after which a beautiful lake was formed here. This place is now called the Green Canyon - because of the color of water rich in iron, and overgrown with lush green mountain slopes. 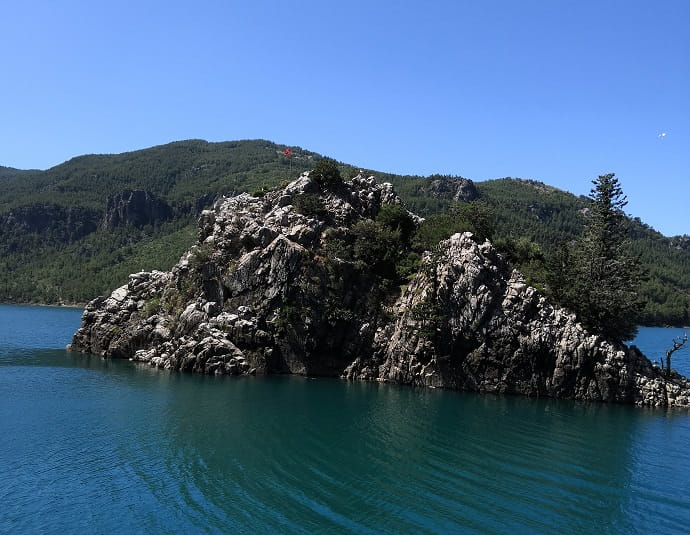 Sights of Turkey include not only man-made, but also natural objects. The valley of Cappadocia has stunning landscapes, as if descended from pictures of alien worlds. Winds, rains and volcanic eruptions over the centuries have created incredible landscapes in this place - it’s worth to go to this country for their sake! Another amazing creation of nature is the mineral springs of Pamukkale. The petrified pools and snow-white caves of this place are protected by UNESCO. Mount Ararat is also noteworthy - the highest point in the country where Noah's Ark moored. On its slopes there are many glacier caves, flowering valleys and ancient monasteries, as well as a national park.

There is no need to talk much about Turkey - you need to feel it. Check it yourself and be sure that you will definitely want to return to this country! 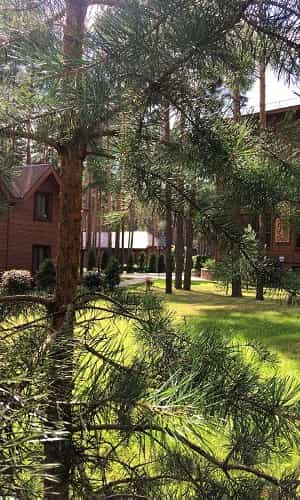 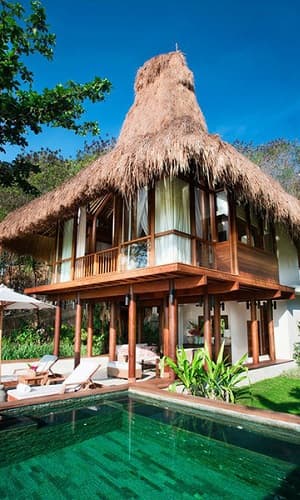 Best hotels, working without harm to the environment 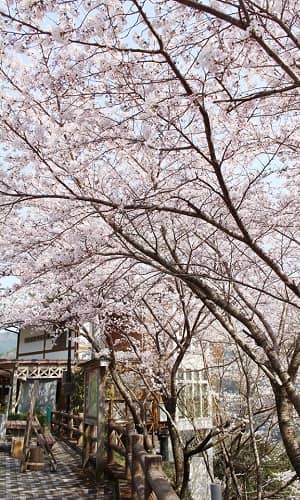