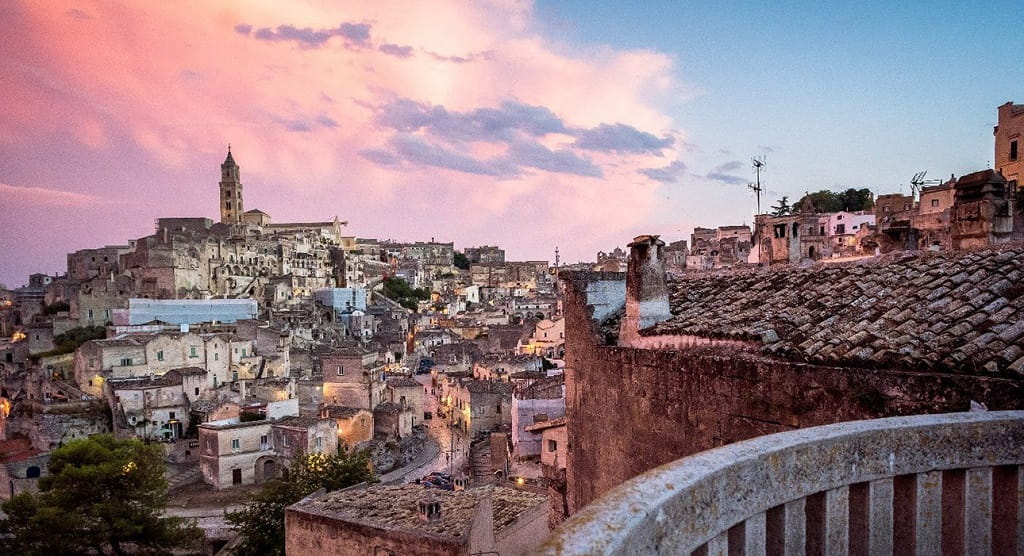 The Greek Ministry of Culture in 85 year of the last century proposed to establish the title with the loud name "European Capital of Culture". The initiative immediately found support in the European Union, and then Athens debuted in this rank. A quarter of a century has passed, and since 2011, a couple of European cities have been receiving it annually. In the current centers of European cultural life, Matera (Italy) and Plovdiv (Bulgaria) are identified.

Traditionally, the carrier of the title is chosen on the basis of the cultural program approved by it. It must comply with the specific nature of the action, contribute to the development of the city and ensure the active involvement of its inhabitants in this process. In the long run, such a title affects not only the culture of the region, but also its economy and social development. For now, this is a great opportunity to attract tourists to the city and tell the world about its historical and cultural value. 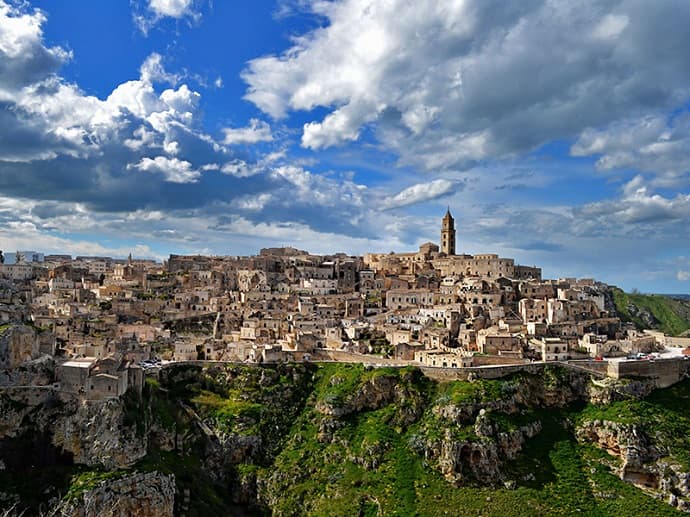 Matera is acity in the rocks, photo WEB

From 1985, 50 cities carried the title of European center of culture, and each of them received financial assistance from the EU, for the implementation of an approved cultural program. Matera's rivals for such a prestigious title were other, larger and more developed Italian cities - Siena, Ravenna and others. However, in the fall of 2014, five years before the title was awarded, this small ancient city, literally carved into the rocks, was chosen as its future carrier. Its population is about 60 thousand people, and every corner of it literally breathes a long history.

Matera is a city in Italy, the provincial capital of the same name. Its oldest part is on the UNESCO World Heritage List. Here it is extraordinarily beautiful, and the unique atmosphere of narrow streets with hundreds of steps, turns and terraces leaves an overwhelming desire to return to this place again and again. 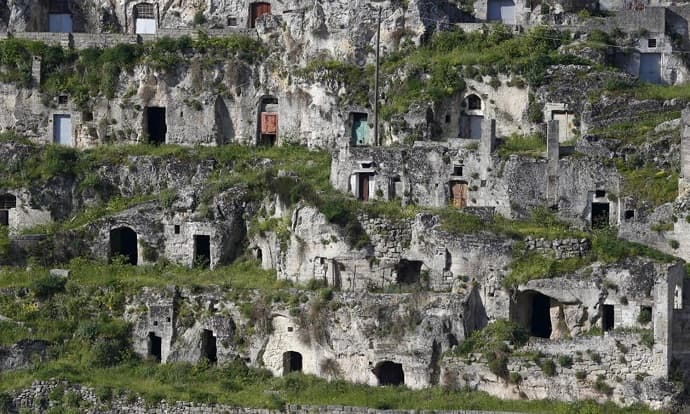 Far outside of Italy, Matera is known for the historic quarters of Sassi, where residential buildings are located right in the caves. Such a construction was dictated by climate conditions many centuries ago, and today it keeps the memory of the ancestors of the indigenous people and their traditions. In the 13th century, predominantly Byzantine monks lived here, and at the same time the Cathedral was built here, which is one of the most interesting sights of both, Matera and Italy, in general.

With its unique charm, the city attracts people of art as a magnet. It has long become a favorite set of talented filmmakers. The scenes of the films “Omen”, “Passion of the Christ”, “Divine Birth” and many others are filmed here. What is not surprising, because this part of Italy is very ancient - the history of Matera has approximately 8 thousand years. During this time, the city was both Greek and Italian, underwent periods of prosperity and decline ... Now for the next few months it is the center of the cultural life of Europe. 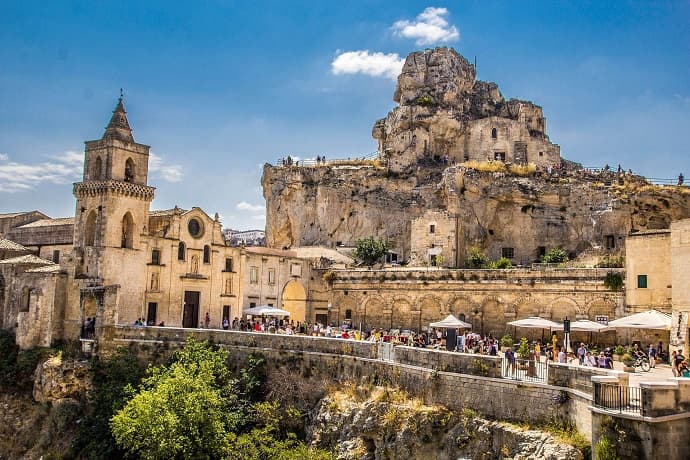 The motto of the city for this period: "Open the future". The program of events planned in Matera for 2019 is multifaceted and diverse. A special place in it is devoted to the culture of the Renaissance, as well as the role of the exact sciences in art. Among the most large-scale events are Ars Excavandi, which presents an innovative view of underground architecture, the exposition Poetry of Primes, which demonstrates the influence of mathematics on the work of painters, the tour Rereading the Renaissance, which returns to the artistic past of the region, and many others.

Once in Matera, you should definitely visit the already mentioned Cathedral. The rocky church of Santa Maria di Idrís, where stalactites instead of columns, it is worthy of attention. On this small piece of land is about a hundred and fifty churches and chapels. Walking between them, you can wander to the cinematic Golgotha, to which Jesus walked in the "Passion of Christ." Having been fed up with the cultural program, you can stop here in very fashionable modern hotels, as well as in the cave, where is a water supply system and the Internet too. 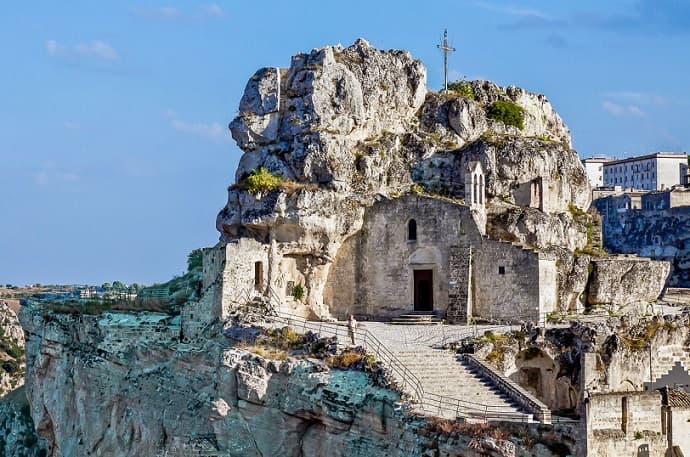 But despite the fact that the cave houses have acquired the amenities, familiar walls and windows, the residents of the city are not eager to turn it into a tourist Mecca ... In an effort to limit mass tourism, with all its unpleasant consequences for a place that cherishes their own history, the authorities of Matera decided to issue a temporary passport to each guest. The document gives some rights, but also imposes certain obligations. The issuance of such passports has already begun. 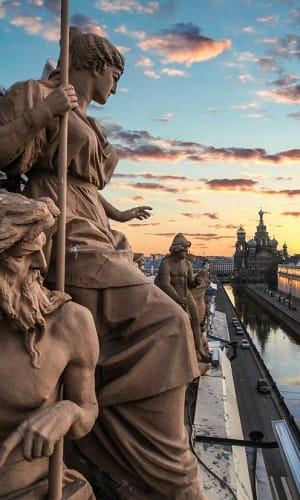 One dawn to change another hastens, giving the night half an hour ... © A.S. Pushkin 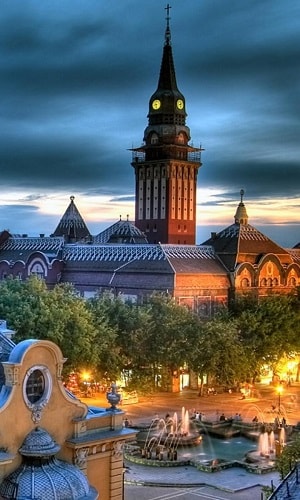 The many-sided and unique culture of the Serbian people