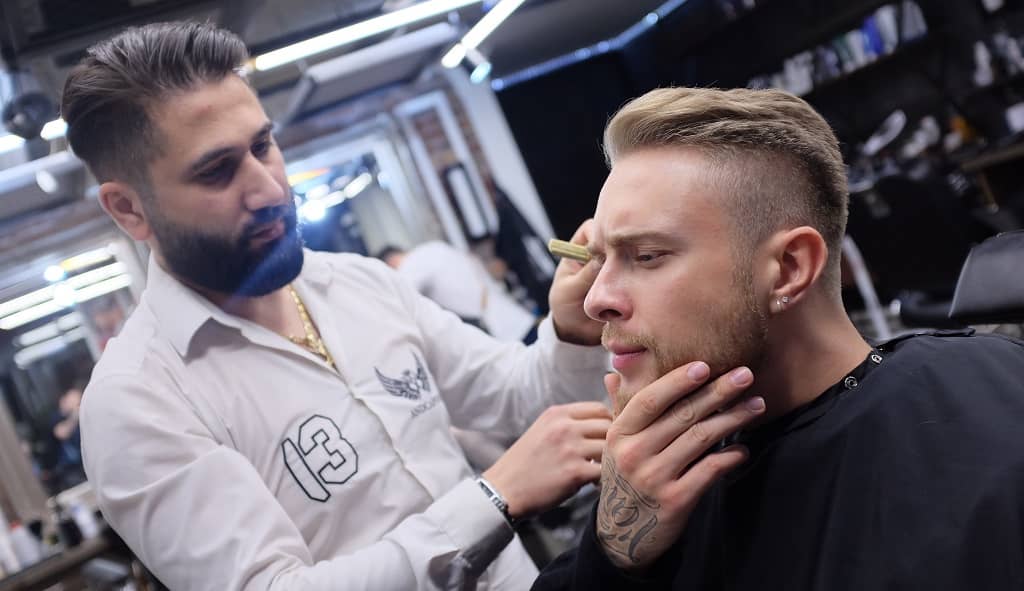 AndCapone - image of Black Star and not only ...

Image is individuality. Style is success. Ando Stepanyan is one of the best stylists in Russia. 13 by Black Star is a place where you can be convinced of the professionalism and skill of Ando.

Barber told VLVmag about the secret of success, loyal customers, work in 13 by Black Star and seminars at the 13 Academy, the most unusual images for Star clients and much more ...

- Ando, tell us about your childhood: school, hobbies and idols.

- I forgot everything about school. I went to school until the fifth grade, and then we went to live in another country and I have no special memories of my school years. Hobbies that would really fascinate me were not found too. I did karate, kickboxing ... But there was no serious hobby.

- You are a recognized top stylist of the international level. Where did you learn the profession? Share the secret of success.

- Since 2002, I studied in Holland. Passed a three-year course at the Academy of Hairdressing and became a stylist. And the secret of my success in the impeccable quality of work. Well, in me, probably. 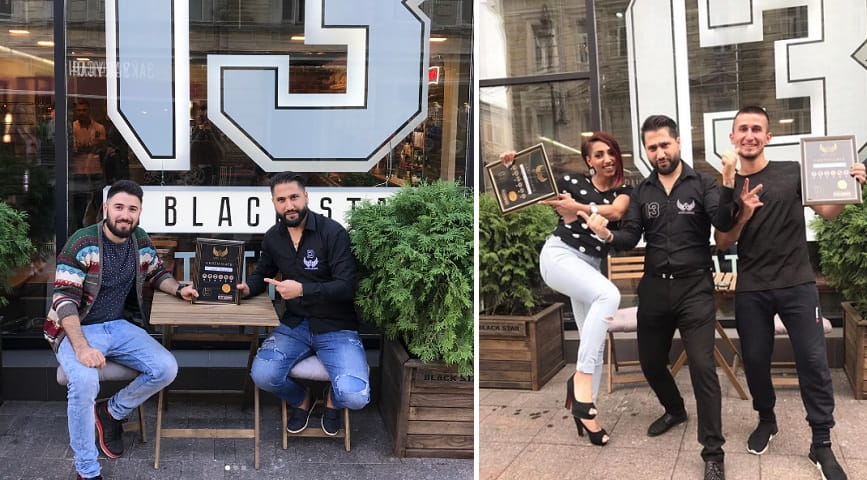 Ando spent about 40 courses at 13 by Black Star every year, photo © AndCapone

- How did you get work at 13 byBlackStar? What distinguishes the barbershop among other salons? Tell us about the upcoming seminar at the Academy "13".

- I was familiar with Timati three years before the opening of the barbershop and did not know that openning of such pllace is planned. When this happened, Timati suggested that I can become part of his team.

As for the upcoming seminar, I taught individually before. But the demand was quite large, they began to ask me to conduct group classes. Five, ten people ... And I did not work like this - at most, I taught two students. But then I decided that it was possible to form a group.

I received many letters from another cities asking for training. Now, by the way, I want to do this - go around the cities and teach. I really like my job. Probably, for “just work” I would not have spent so many years of life. If I had not become a stylist or a hairdresser, or a barber, as they say now, I don’t know which profession I would choose. I still have not found something that would be as close and interesting to me as hairdressing. 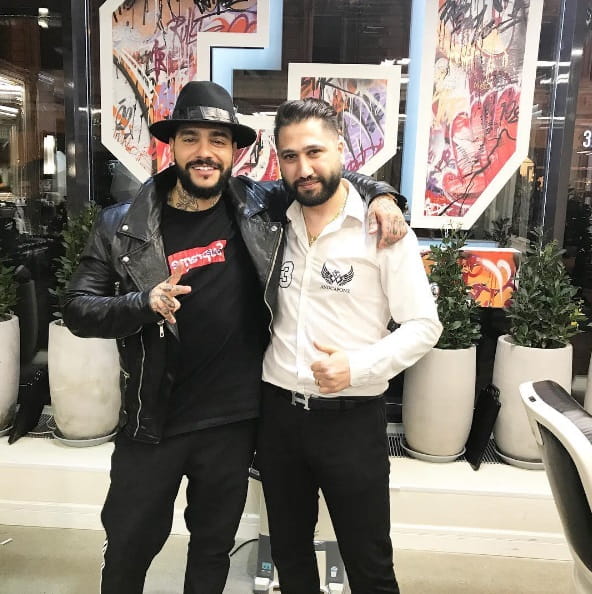 Timati (to the left) and Ando (to the right), photo © AndCapone

- You are a true professional! Stars of Russian show business and sportsmen are constantly turning to you ... Who are your regular star clients?

- Among my regular clients are Timati, L’one, Egor Kreed, Mot, Maxim Galkin ... In general, my clients are people for whom the image is very important, and I choose it individually for everyone. Andalso they appreciate communication, which is  one of the main components in my work.

- Tell us about the most unusual image that you did for the client.

- Of course, it was Maxim Galkin. When I shortly cut off his long hair on the sides, leaving only forelock - that was wow! About this image everybody wrote and talked. The same thing happened with Timati when I first tonsured him 2-3 years ago. Then in Moscow it was not fashionable to cut like that. But then clients began to come to me with photos of Timati and asked to cut them in the same way. Although most of them did not even know that on photograph was my work.

- Now it is very fashionable when long hair is at the top so that you can comb it straight back, and on the sides, on the contrary, it is cut very shortly. The bright contrast is interesting. This trend has come to us from America - American-Italian style. Especially effective this hairstyle looks on dark hair - a real macho-style! Non-standard solution. And everything non-standard is always in trend, that is why this has become so popular. But it is impossible to cut each one like that - everyone has different hair, head shape ... Therefore, you need to create your own style. Choose not what is fashionable, but what fits you.

- Do you like sports? What sport is closer to you?

- I love to do fitness, but I just do not have enough time physically. And team games - football or volleyball - are not interesting for me. Sometimes I just watch the final games of the world championships. In addition, I have a lot of clients from football clubs. A lot of people are constantly asking a photo, some stories about football are told around. And I do not understand what everyone is talking about. Even the players themselves already know that it is useless to talk about football with me - I don’t watch football.

- I love comedy, horrors and dramas are not for me. I used to watch, but such films psychologically put pressure on a person. In the evening you will see some kind of drama, and tomorrow all day it sits in your head. After the movie there is some sensation in you that determines the mood. That is why I watch comedies. After them and at work, everything is fine with you - you are on the positive, you sing something... When you receive a positive, you live positively

- Do you love to travel? Which country do you think is the most stylish? Why?

- Holland is definitely a very stylish country. But in recent years, in Russia, in Moscow in particular, has changed a lot. The city has become more beautiful, stylish, now everything looks different, and people are trying to dress fashionably. In Holland, it's not like that. There, women dress like men - they put on sneakers, a blouse and go. Without make-up - without everything! And no matter if they go for a walk or a restaurant.

- Tell us about your professional and creative plans.

- I want to develop more and more. The main thing is not to stop, go only forward!! I have a lot of projects, I just don’t want to voice them yet. 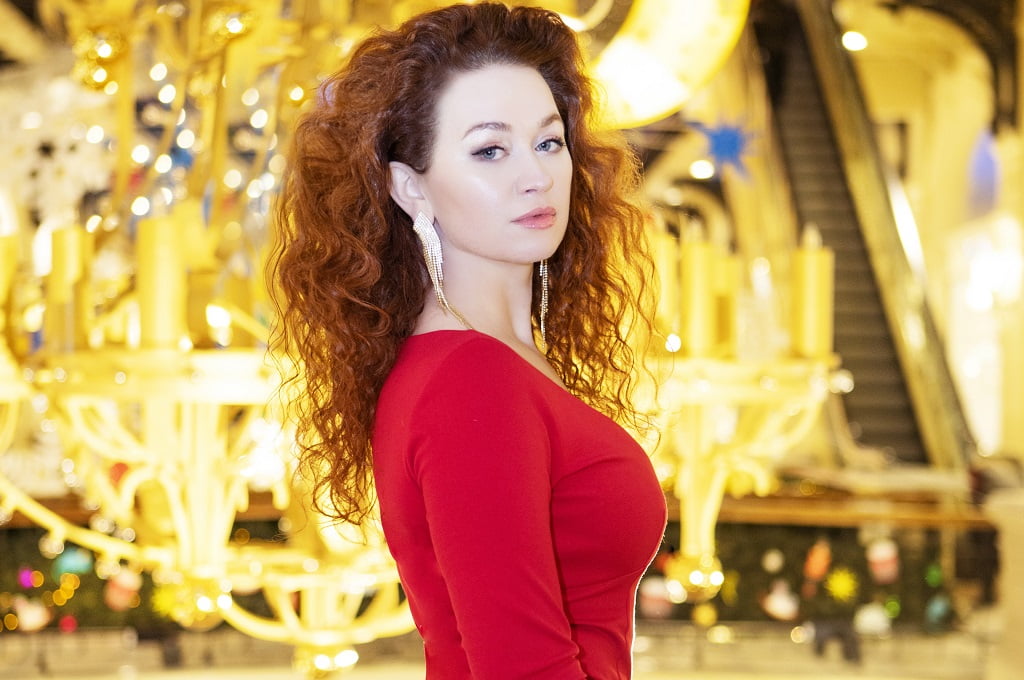 Financial forecast for all zodiac signs for 2022 from Olga Greydds 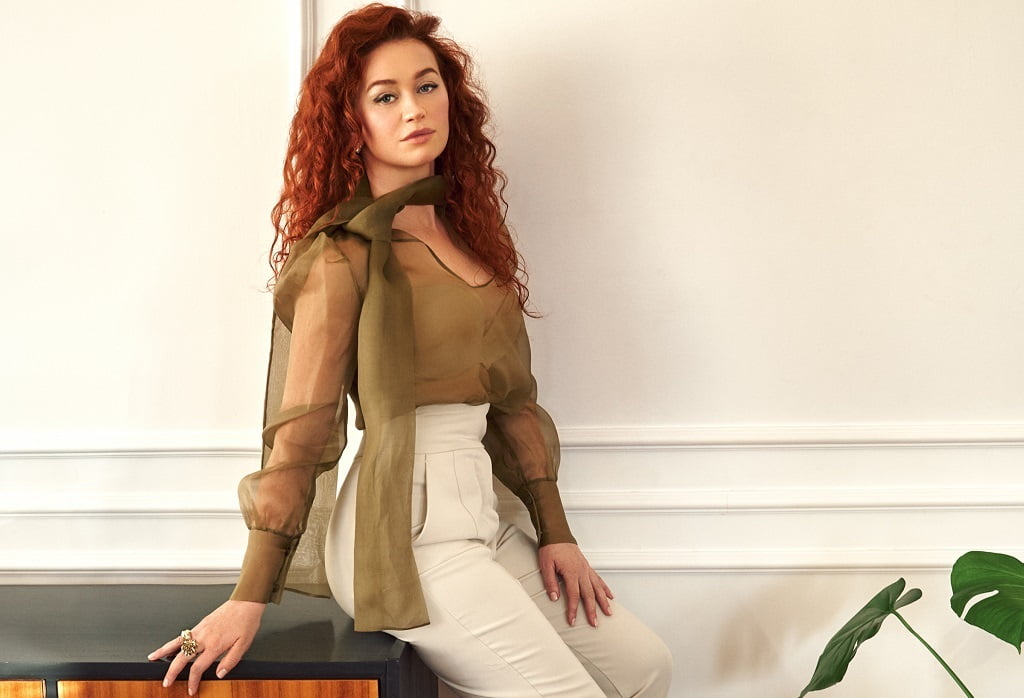