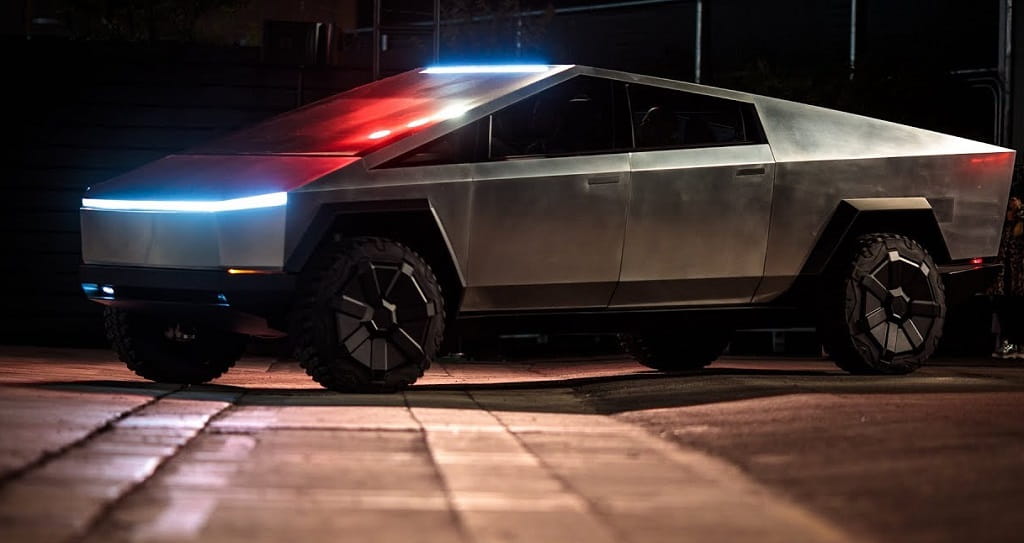 The hottest November event in the car's world was undoubtedly the presentation of the long-awaited novelty from Tesla. On the evening of the 21st, the CEO of the company, Elon Musk, introduced the world to the Tesla Cybertruck, electric pickup truck, a new generation machine whose design is fundamentally different from the others.

For several months, Musk supported the intrigue, saying that the new car will not be like any of the existing ones, and perhaps not everyone will like its futuristic design. Well, this tireless inventor and the billionaire did not lie - the exterior of the Tesla Cybertruck instantly attracted the attention of memo-builders, who had a lot of fun on the Web discussing the unusual appearance of the pickup truck. 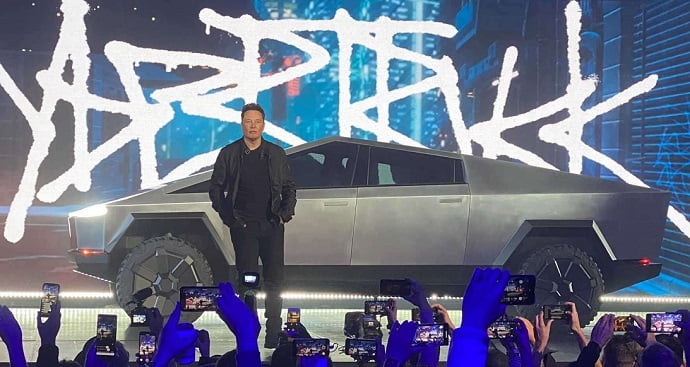 Elon Musk introduced the world of the Tesla Cybertruck on November 21, photo © motor1russia

The simpe design, as in children's drawings, and frank brutality, inspired by the harsh army armored cars, were perceived by the public ambiguously. However, if Tesla fans expected to see something extraordinary, then their expectations were justified.

Earlier, the co-founder of the company noted that the fantastic thriller the Razor-Blade Runner inspired him to create a car in such a cyberpunk design, and now claims that he is one hundred percent satisfied with the result. Having got rid of all that was superfluous, the designers left only the necessities and, as a result, presented the “naked”, almost monolithic rigid body with sharp edges to the perplexedly frozen audience. Such a move, among other things, provided the new product with a very affordable price. 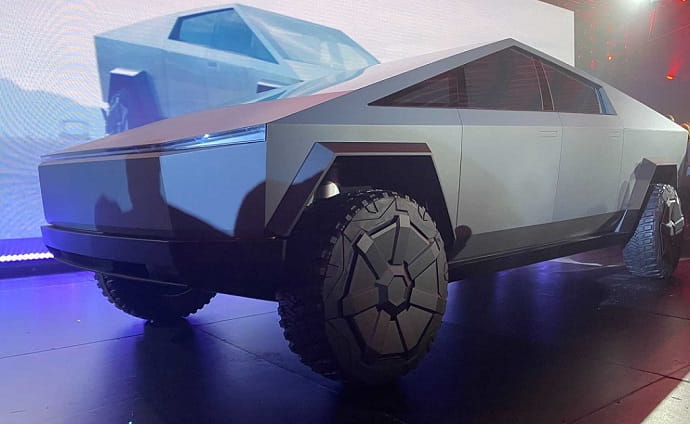 The price of a roomy, high-speed, bulletproof electric car is about 39 thousand dollars - a worthy competition to the cult Ford F150, the most popular pickup truck of our time, which is opposed by its new Tesla product.

Even before Elon Mask introduced the new armored Tesla Cybertruck electric pickup truck, he stated that he was realizing almost a childhood dream, and was absolutely not worried about whether people would buy a new product. However, already two days after the presentation, Tesla received 150 thousand orders for the release of Cybertruck, and another two hundred thousand a day later. 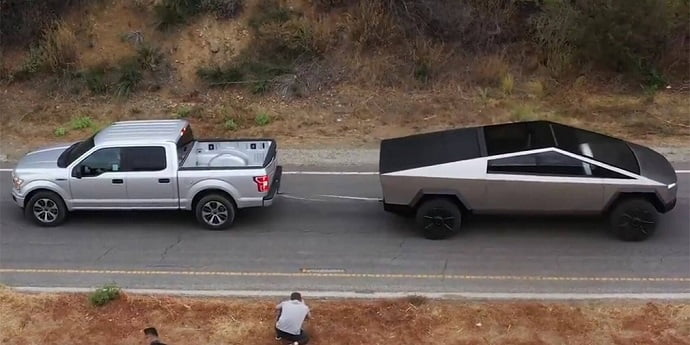 The new Tesla product is a worthy competitor to the iconic Ford F150, photo © autonews.ru

Whether this was caused by the extravagant design or the noise around it - is not clear, but if you openly evaluate the characteristics of the Tesla Cybertruck, then it becomes obvious that this is a very serious car in all respects. The electric car is presented in three basic versions, and the most "charged" can well compete with sports cars.

The maximum speed of the new Tesla Cybertruck is 209 km / h, and up to a hundred such a brutal guy in steel armor accelerates in less than three seconds. This version of the electric car has four-wheel drive, three electric motors and a power reserve of 800 kilometers, it is capable of towing a six-ton trailer, and its carrying capacity is 1500 kg. 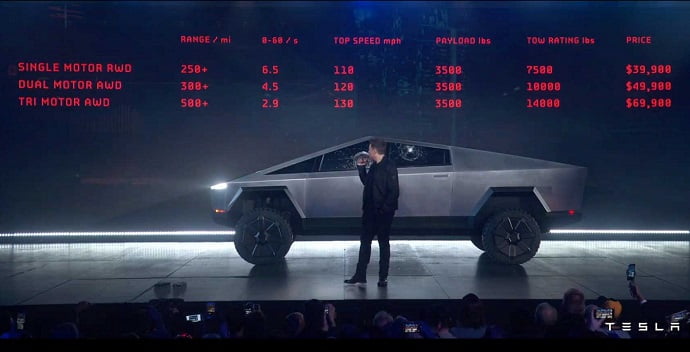 With these characteristics, Tesla’s Cybertruck deserves respect. By the way, on November 21, the company also introduced an electric ATV, which at the presentation was easily driven into the back of a pickup truck, where it was put on recharge.

A review of the Tesla's Cybertruck interior revealed cyberpunk minimalism inside the car. The pickup is equipped with a touchscreen instead of the dashboard and a steering wheel. The Tesla Cybertruck has six seats - three in front and three behind. 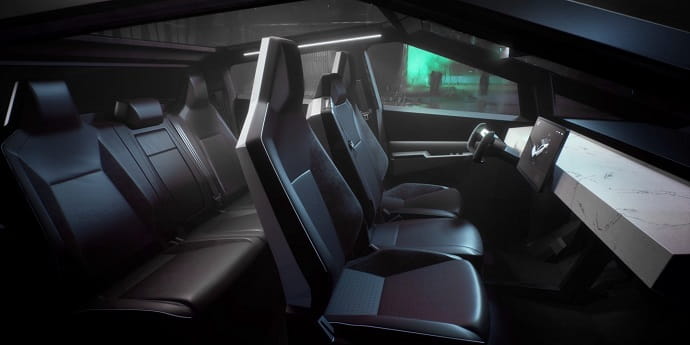 Elon Musk positions his masterpiece as the safest car, which was made possible thanks to the body material. Actually, the car owes him its design. So, the body of the sensational novelty is made of a single sheet of superhard stainless steel 3 mm thick, which is folded in the right places, like origami. The used 300-series cold-rolled steel withstands blows with a sledgehammer and even a pistol shot, which viewers could personally see at the presentation.

However, when Tesla introduced the new bulletproof electric pickup truck, there were some incidents. The demonstration of the armored glass strength failed - they cracked, unable to withstand the attack with metal balls. But Musk was not taken aback, saying that his team still had something to work on, and soon published a video with already successful tests of the glass reliability. Nevertheless, Cybertrack is the company's latest product for the coming years, but Tesla does not exclude that it will present a more compact version in the near future.