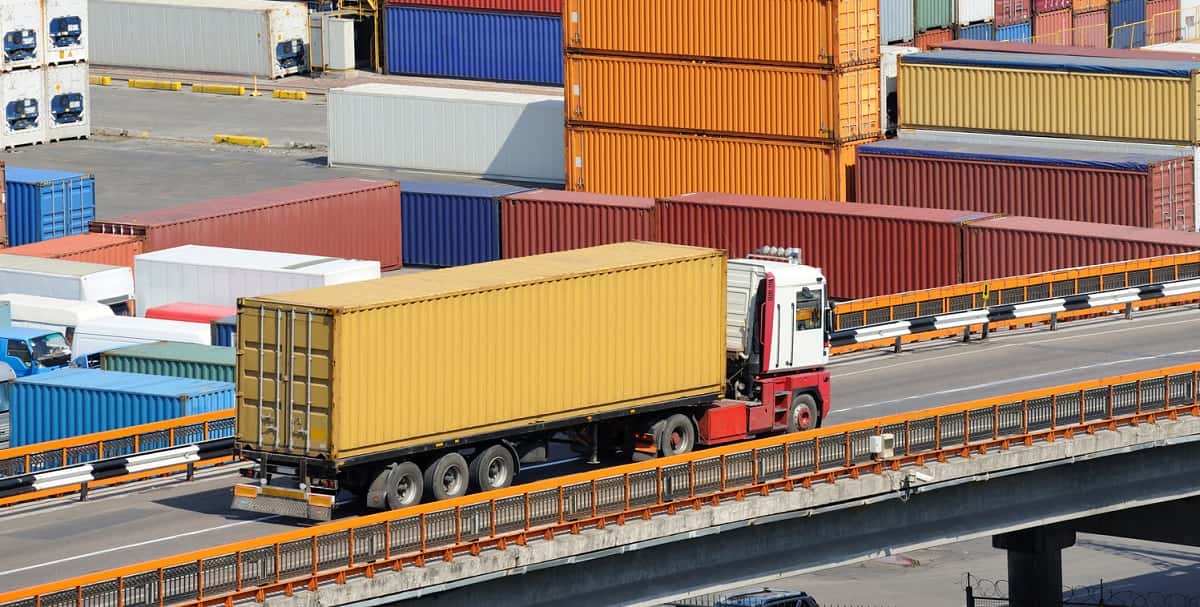 Transport Logistics of the Russian Federation

The state of international logistics is influenced by many factors. The redistribution of freight flows, new laws in the European Union, the economic crisis, changes in fuel prices and the increase in other costs of carriers force transport companies to closely monitor the dynamics of the market to find the best solutions in time.

Last year, the international trucking market did not show significant fluctuations - it was growing slowly, without causing serious concern, but without inspiring reasonable optimism. An increase in demand for freight transportation in 2017 allowed transporters to begin updating old fleets, and as a result, the potential of Russian transport companies gradually began to recover. 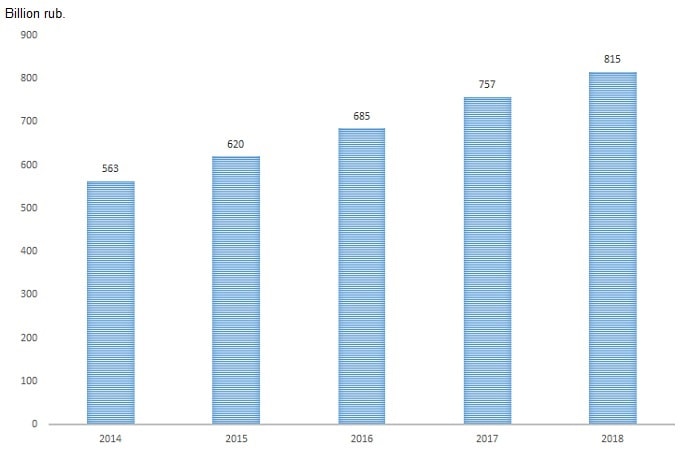 The volume of the market for commercial road transport of goods in Russia, source BusinesStat

At the same time, changes took place in the logistics system itself - “thanks to” the ruble exchange rate sagging last summer, orders were redistributed towards delivery of groupage cargoes, and there was a shift in the purchasing of basic services to the establishment of integrated relationships for TLS customers. So, on the background of the indicated, as well as other changes, experts identify several factors that will affect the state of the industry in the next year and a half.

The state of the partner countries economy and the standard of living of their population have a significant impact on the volume of freight traffic. Therefore, the slowdown in the global economy, and with it trade, is expected to affect the state of transport logistics in the Russian Federation. 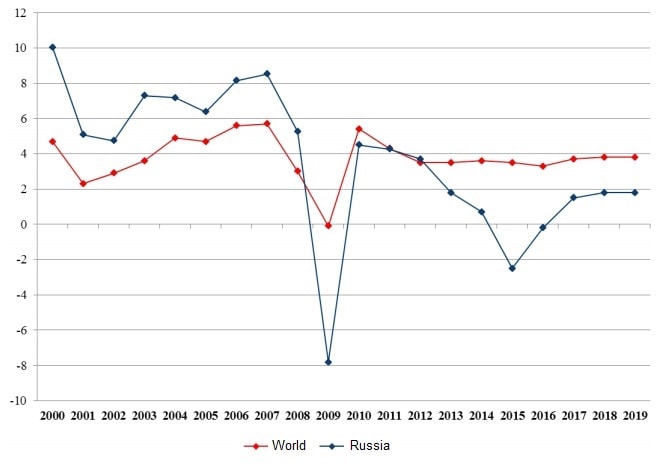 At the same time, the influence of sanctions on it is too exaggerated, which cannot be said about the global economic crisis. Its peak occurred in 2015, when, regardless of sanctions, import of goods fell from all countries. But since 2016, the positive dynamics of the foreign trade turnover of the Russian Federation has been noted, despite the ever-tougher sanctions policy.

Another factor is the volatility of oil prices. It puts pressure on the ruble, and the purchasing power of Russians in relation to goods of European origin suffers. But from this perspective, the situation is not so clear. The decrease in the income of the country's inhabitants in dollar terms will also lower the demand for goods from Europe, but at the same time it will stimulate an increase in the flow of goods in the lower price segment from Asian countries. 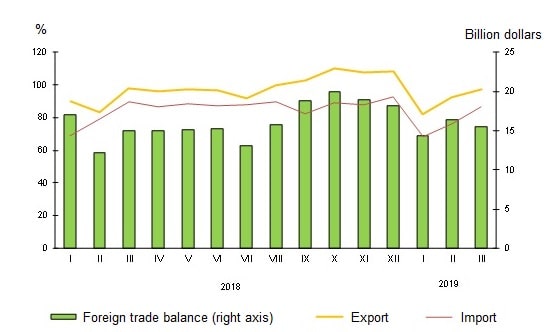 Dynamics of export and import of the Russian Federation in % to December 2017, source gks.ru

A change in the orientation of the goods movement from the west to the east has already led to an unprecedented increase in railway traffic from China. An unlikely jump was recorded in 2017, when more Chinese containers went to Europe than in the last six years combined. Experts also note that the strengthening of their regulation in the European Union and the increase in the cost of international drivers services have a special impact on the international freight transport market.

Container transportation by rail through land crossings of the PRC, thousand FEU, source UNSTAD, Ministry of Transport of the Russian Federation

For several years Europe has been actively tightening control over the technical condition of commercial vehicles, as well as introducing some laws that protect its markets. Violation of the latter entails fabulous fines and therefore forces European companies to comply with them, increasing their own costs.

But on the profitability of the Russian carriers business, the rising price of fuel and the increase in the cost of the truckers salary are pressured more than other factors. In Europe today there is a catastrophic shortage of these personnel, despite a steady increase in their wages. To prevent a logistical collapse, Europeans have already begun training migrants from other countries. 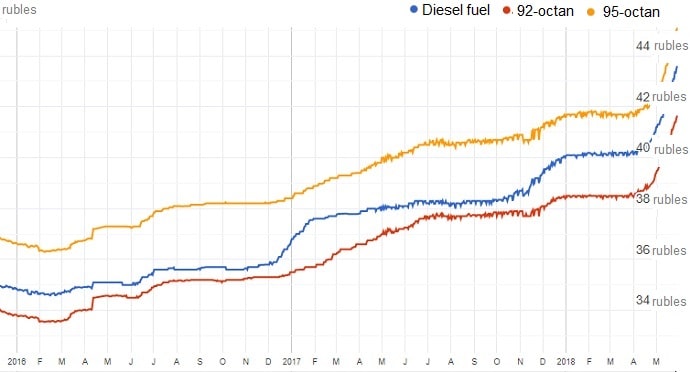 Given the global economic changes, logistics itself is forced to transform. To maintain competitiveness, logistics companies are restructuring and transforming existing business models in accordance with new industry standards and specific customer requirements. So, already today, TLU market contractors must reckon with the industry characteristics of the transported goods, take into account the increase in the volume of small-lot cargo and not only.

However, in general, the Russian Federation's Effective Logistics Index in recent years has grown to 2.76 out of 5, while the share of transportation costs is gradually decreasing. And this suggests that the country's logistics market, despite continuously changing conditions, is still gradually developing.