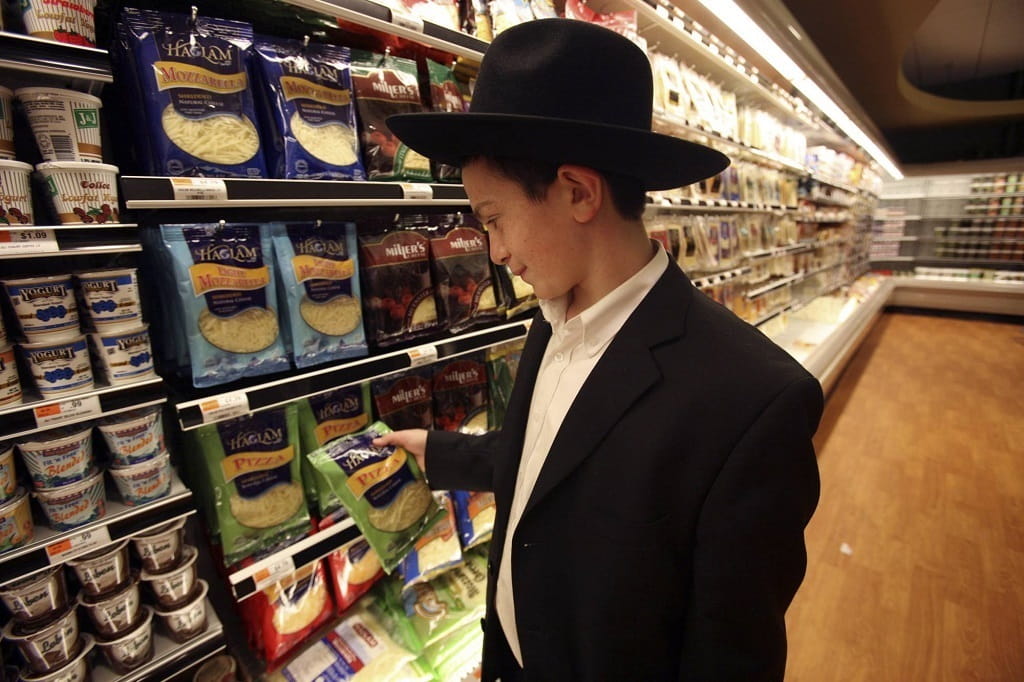 Kosher Jewish cuisine is full of bans dictated by kashrut. In Hebrew, “kashrut” means “fit,” and in fact, it is a set of the strictest rules that every Jew knows. They concern not only cooking, but also all aspects of life, and it is not easy for a person who is far from Judaism to thoroughly understand them. However, familiarity with the main features of the Jews cuisine will be interesting to everyone.

The cuisine of any nation is traditionally made up of dishes from those products with which its homeland is rich. For centuries, the northern nations feed on wildfowl, and those who settled on the coast - seafood ... But the Jews live in different countries of the world, and they are also provided with different products. But the rules of kashrut are the same everywhere, and apply to Italian, French and any other dishes that are prepared by a Jew. 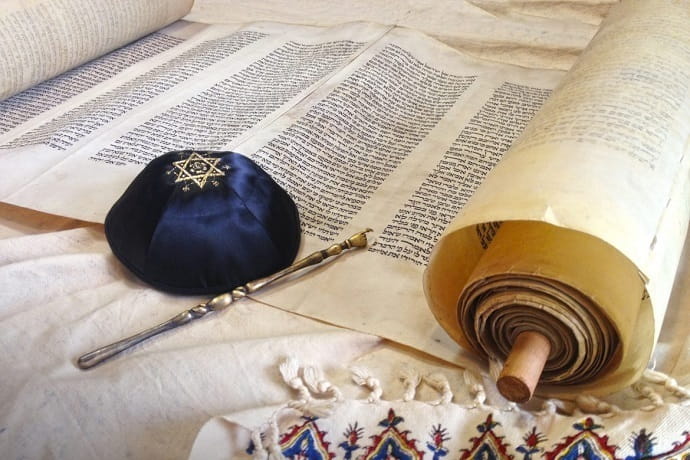 The laws of kashrut are based on the commandments of the Torah, photo WEB

Jews eat only foods called kosher, that is, "suitable" and "true". And the "inappropriate" denotes the word "non-kosher". Kosher is determined by the whole of Torah, and therefore even the most Europeanized Jew is usually faithful to the culinary traditions of its people. If there are doubts about the acceptability of some food, the rabbi will help to understand.

The most famous of all culinary Jewish prohibitions is the ban on eating pork. However, such meat is not kosher not because the pig is a “dirtier” animal than others, but because it is said in the Mosaic Law: “... every livestock that has a split hoof ... and who chews the cud, eat it”. Other livestock, respectively, do not eat. So the pig that does not chew the cud has fallen into disfavor, along with a rabbit that chews but does not have hoofs. Poultry - chickens, turkeys, ducks, pigeons - the Jews eat. But the carnivorous and carrion-eating - not. The same applies to their eggs. And those of them in which a blood clot was found cannot be consumed. However, it is permissible to relax - a clot can simply be removed. 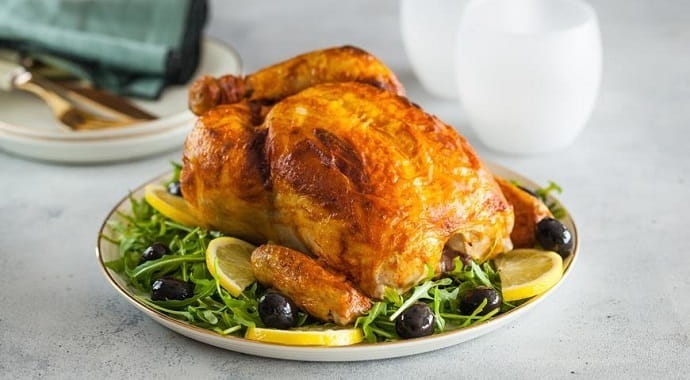 The Jews have a special relationship with blood, and even a kosher animal cannot be eaten unless it is not properly clogged, and then, also according to strict kashrut rules, is not bled. Jews kill livestock without causing the animal suffering, so the procedure uses a very sharp knife, which makes one, but a deep incision in the neck. After that, blood is drained from the body, for which the meat is sprinkled with coarse salt, and then, for loyalty, it is washed in three waters. But this is not all the nuances. For example, Jews do not eat meat from the hind limbs of kosher animals, due to the fact that the sciatic nerve and the vessels feeding it ... are not kosher by themselves. 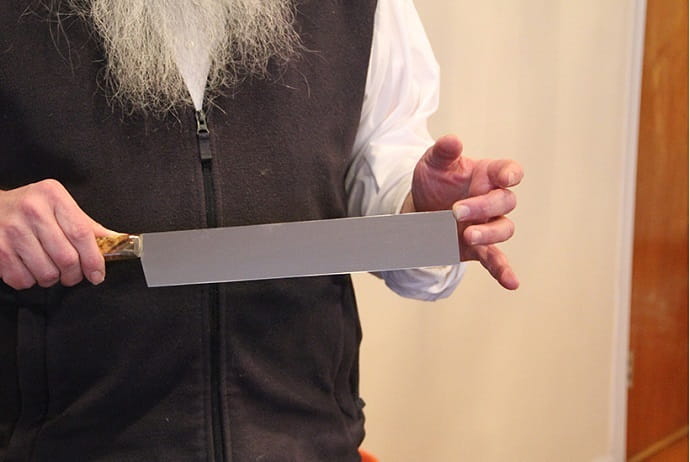 For the ritual slaughter of animals requires a very sharp knife, photo WEB

“Do not cook goatling in mother’s milk”, says Torah, because the kosher kitchen excludes cooking and consumption of dairy products along with meat products. In practice, this means that after the beef steaks, the Jews will not drink coffee with milk and will not smear the bread with butter. After dairy, meat can be eaten in an hour, and after meat dairy, milk products are allowed to be consumed, only six hours later - so that they don’t meet each other. In order not to disrupt kosher, a Jew will not give milk with meat even to a dog, and in his house dishes, tablecloths, and cutlery for these products are used separately. The only exceptions are glass containers.

Milk and meat should not be eaten or served together, photo WEB

Seafood's presence is limited on the dining table of the Jews. So, the Torah imposes a taboo on the use of "sea reptiles" without scales and fins. This applies to catfish, eels and like them, as well as their calves. For shellfish and crustaceans, the road to the Jewish menu is also banned for the same reason. A separate ban kashrut imposes on the use of insects. This means that a Jew will not only give up fried caterpillars in Thailand, but will thoroughly wash vegetables, fruits and greens before eating. Also, the Jews must sift flour and wash cereals. For this reason, you can safely eat in the Jewish canteens - the dishes of the kosher kitchen are made from the highest quality products. 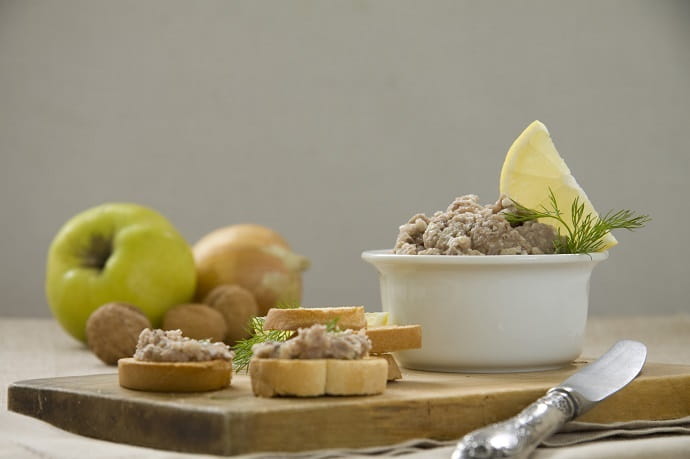 Jews drink vodka and beer. But in relation to the grapevine there is almost a separate set of laws. To offer this alcoholic drink to a true Jew is not worth to try, unless the bottle is marked with the appropriate sign "exher". Such marks on products, after careful testing of kosher, put only Jewish organizations.

Everything you need to know about oysters