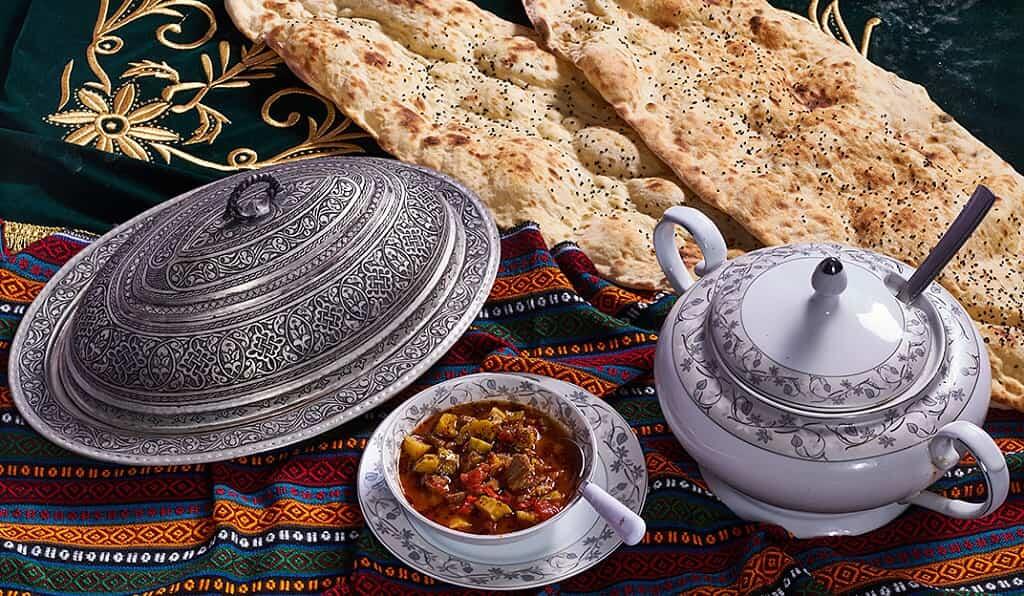 National Turkish cuisine is a philosophy that includes not only cooking, but also a special presentation and the ritual of consumption itself. It takes its origins in the culinary of Turkic tribes, which was formed under the influence of Greek, Balkan and Caucasian cuisines.

Features of Turkish cuisine are difficult to describe briefly. Here they eat vegetables and fried meat, respect bread, which is consumed only freshly baked, and love desserts. Turkey is divided into culinary provinces, and each region has its own signature dishes and variations of traditional foods. The national cuisine of this country cannot be judged only by the hotel menu.

To taste authentic dishes, go to city restaurants, try “street” food, and visit family small establishments that specialize in a pair of main dishes. It is here that you will be able to taste the most delicious kebab and homemade baklava, enjoy the graceful "fingers" of dolma and mantles melting in your mouth. 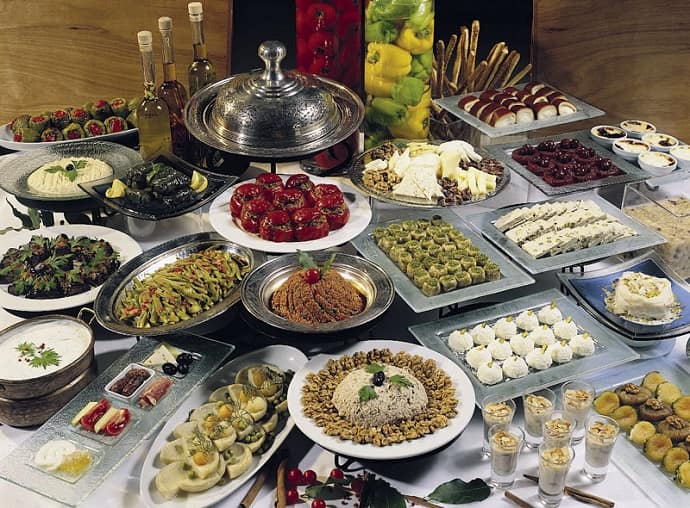 Each meal with the Turks turns into a ritual - a meal is held during a conversation with relatives, and even several dishes are served on the everyday table. Especially important is breakfast (kahvalti), which traditionally consists of bread or toast, butter, delicious tomatoes and olives, a variety of cheeses, as well as hard-boiled eggs or an omelet. In Turkey, they do not have breakfast on the run, that is why cafes specializing in breakfast are popular here. In their menu there is also a menemem - a national omelet with stewed vegetables.

Meze is served for breakfast and lunch, and before dinner as appetite dishes in Turkey. It is so called cold and / or hot deverse snacks set. Meze are served with eggplants of any kind, dolma, vegetable salads with herbs and cheese, and many other dishes in small portions, served on bowls, or simply on a common plate. 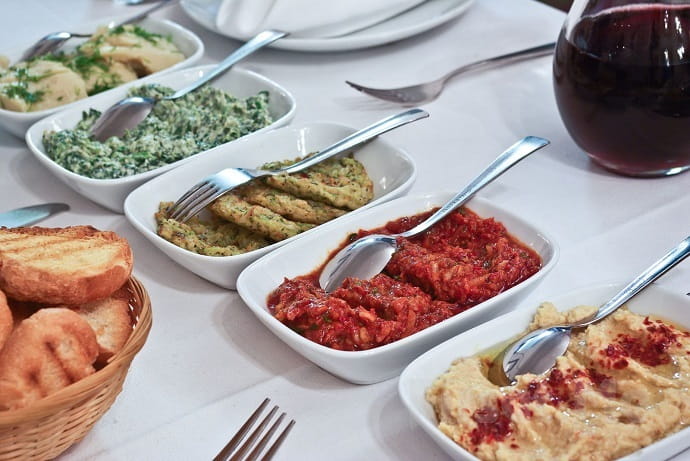 Turkish cuisine cannot be without bread - national dishes are always served with fresh hot pastries. The most popular are thick yeast-dough pitas, which can be "empty" or full of cheese, vegetables, herbs and minced meat. Lahmaсun is another popular flat flapjack, thin and coated with minced meat with vegetables and spices on top. A separate tasty story is simit bagels, which are served in any catering establishment and sold from carts directly on the street. Inside, the bagels are soft, and on the outside they are covered with a delicious crust and sprinkled with sesame seeds. At the request of the buyer, the seller will cut the simit and spread it with delicate cream cheese.

Soups are also eaten in Turkey, mainly mashed, and they are called çorba. The most popular are lentil, giblets, tarhana, yogurt with mint and others. They eat çorba as a first course for dinner or as an independent meal - before going to bed. Turks like salads made from fresh or baked vegetables, seasoned with oil and lemon juice, and complemented with cheese and olives. 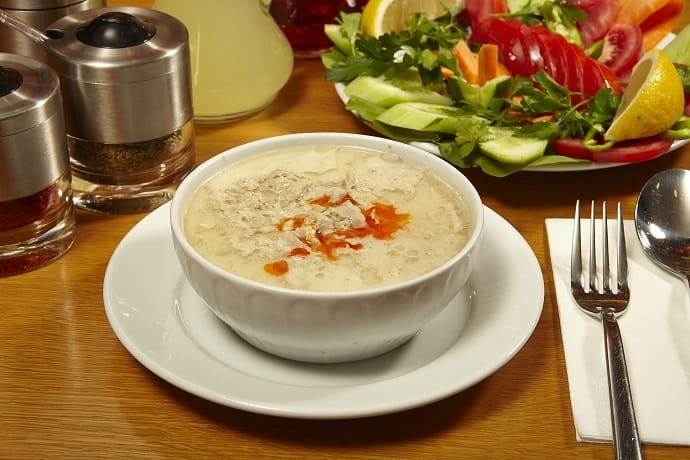 The meat is held in high esteem, with the exception of pork. But they eat lamb and chicken everywhere. Traditionally, the meat is fried in a pan or on the grill, and the names of meat dishes of Turkish cuisine usually have the word "kebab" in their composition. There are at least a hundred ways to cook it, but the most common are doner kebab and shish kebab. However, choosing what to try from the best dishes of Turkish cuisine, stop at the usual kebab, which is a grilled sausage made from minced lamb. The lamb ribs are also excellently cooked in Turkey. When ordering a serving of meat, do not worry about the side dish - vegetables and sauces will be served to it. 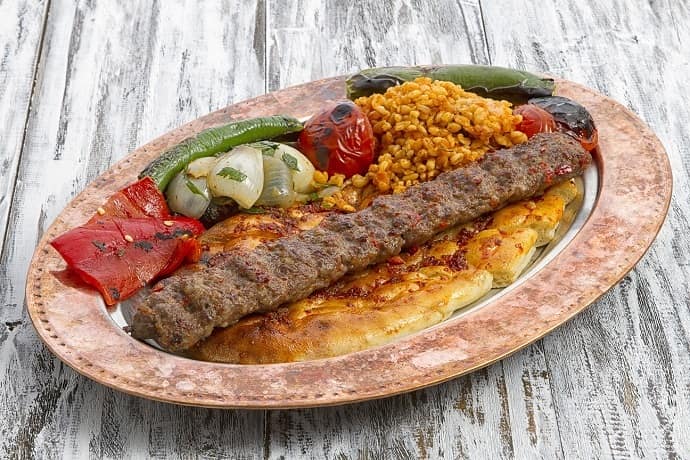 Turkish desserts are a sweet tooth paradise. Halva, Turkish delight, pastille, baklava soaked in syrup are business cards of Turkey. Less well known are local milk sweets, which are something in between a soufflé and a manna. Noteworthy is the Turkish ice cream - dondurma. It looks familiar, but has a different texture and taste. Street vendors arrange a whole show when they fulfill an order, and the sight is very exciting. 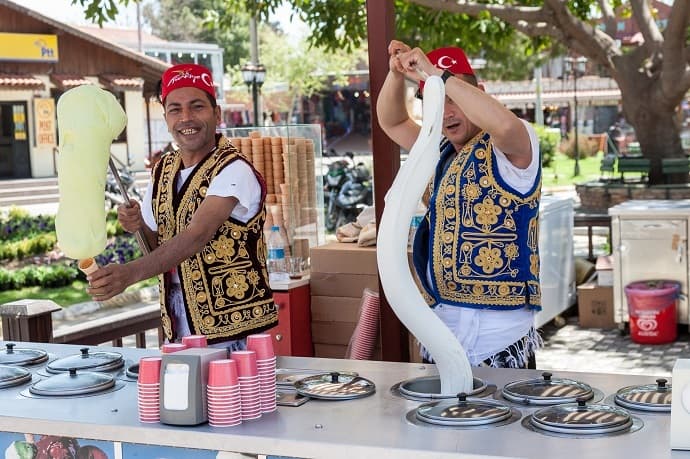 Housewives can prepare delicious dishes of Turkish cuisine at home, but only in Turkey national dishes get coloring, and the meal itself is an unforgettable atmosphere. Therefore, even taking a rest on the All inclusive system, find time to have dinner at a local restaurant. It will be unforgettably delicious!

The taste is NOT at the height