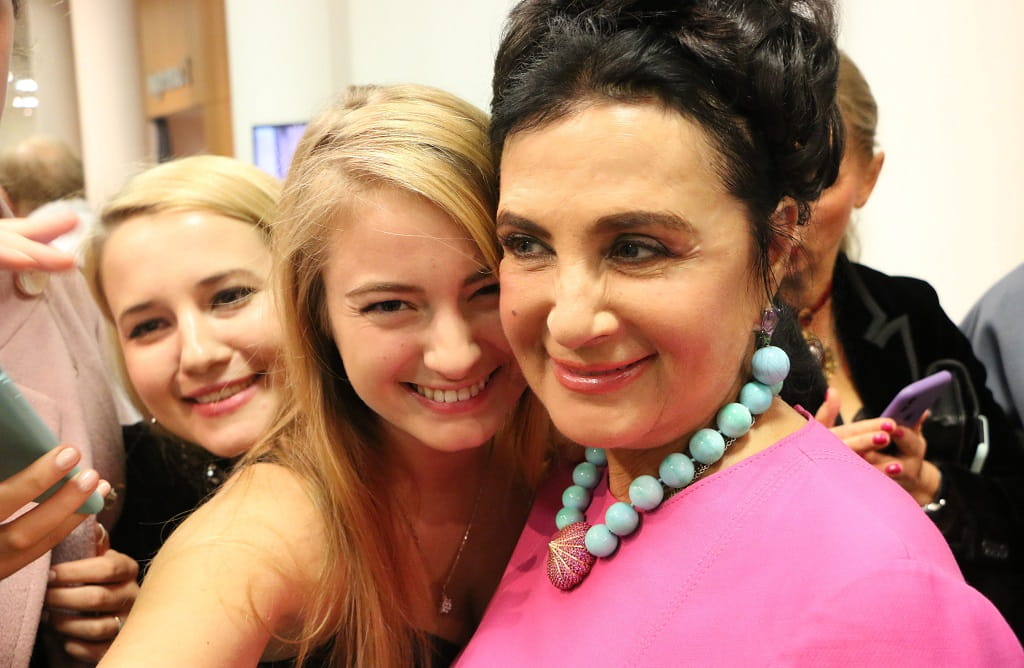 I am nobody, my children are everything

Bright and extravagant, with great energy. She flew to Milan to open the International FICTS Fest "Sport Movies & TV", where she won the prize for her career and the development of sport (the only one with Kabir Bedi, actor of Sandokan, who is loved in Italy). And the next day she attended at the screening of the film “Irina”, created for her anniversary.

A lot of people came to the film screening, including the FICTS president prof. Franco Ascani. The film broke the applause of the hall, and after watching, the crowd of fans lined up for the coveted autograph. We also decided to talk about the development of rhythmic gymnastics, life and the country where the Fest takes place. 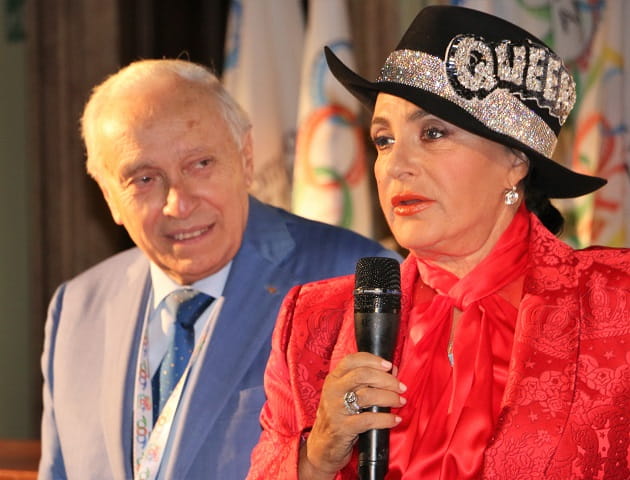 - During this time, gymnastics has changed a lot, has become more complicated. We started to make very risky and complex elements. And especially Alina ...

- Can we say that the new era began with Alina Kabaeva?

- Yes, the era began with her. Although, before Alina, there were athletes, Zaripova, for example. In general, I really like risky elements. We had choreography, ballet, and special attention was paid to this. And the Bulgarians made risky elements. I joined the Bulgarian and Russian schools, and these girls came out.

- And then everything went back because there was the president of the International Gymnastics Federation (FIG), Bruno Grandi, who did not understand how can one country could win all the medals. And he demanded that the rules be more public, that there were less elements, less-less-less, and so we went down. Now gymnastics is difficult, but we are working mainly on the performance.

- As Valery Gergiev said, your sport is very similar to art ...

- Yes, you can’t do anything without a scene. Without a performance, the elements were the highest point of the performance. But at first there were 25 of them, then there were 9 of them, and therefore the gymnasts were forced to do something else. And now we are returning what we have lost.

- Is there hope that you will return the lost?

- We will return it without fail (the hardness of tone can be envied, complete confidence sounds)! And Italy for me, and coach Emanuela Maccarani. She is an excellent coach, a brilliant coach of group exercises. We just talked to her, Emanuela was very surprised, did not believe that I work with everyone. Emanuela is a wonderful person, a very good coach, although, she is our main competitor. 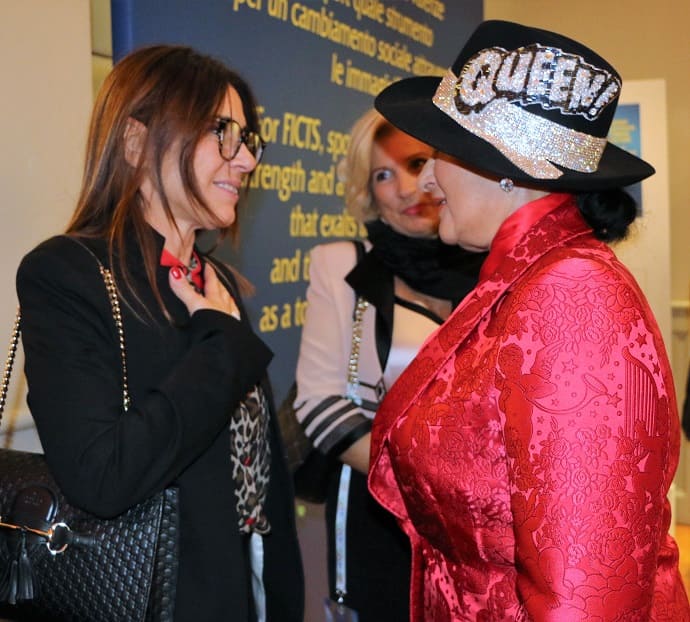 - What is Italy for you?

- And your spouse loves Italy too and helps her a lot. I will not even list how many historic buildings he restored here ...

- He is the Commander of the Italian Republic. And in general, he has spent two billion dollars on charity in recent years ...

- It was nice to hear the words of your spouse in the film “Irina”, where love and respect for you are visible. Does he support you?

- Yes, he loves and supports. By his behavior that he is very busy and works a lot, and made me such a specialist. Because I was not engaged in serving slippers, I trained children. So it happened.

- You have received the “FICTS Guirlande d'Honneur”. I hope you bring up more world and Olympic champions.

- I am a line coach, I am nobody. I'm just a conductor. Same as the great Gergiev. He goes from Moscow to Novosibirsk, from Novosibirsk to Tokyo. He lives at the plane. Comes and immediately gives a concert. Where he gets strength? Yes, everything is from there.

- Yes, you also have colossal energy. But to bring up 30 Olympic champions, to win in 5 Olympiads in a row ...

- This is my husband counted, he counted, checked everything. I never count, I work and that's it. I did not even know how many medals my girls won. 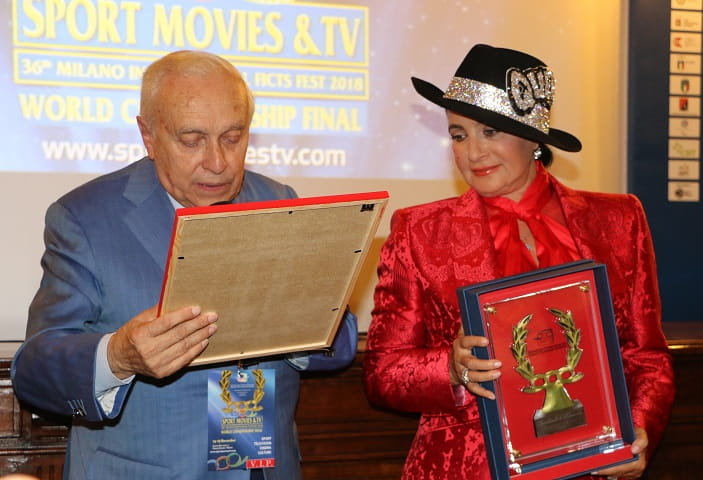 - It is clear that you are very strict with your girls, but also love them very much. Is this the main key to success?

- I like children very much. And even in my horoscope is said so: “Success in life is due to the children love”. Then my mother told me: “Work until the last gasp”, so I do it. These are two things, one sent from there, the other from my mother, and therefore also from there.

- You are a queen, you even have it written on the hat, and your spouse is the king?

- He is definitely the king. And I ... well, this hat was presented to me by Dolce & Gabbana. 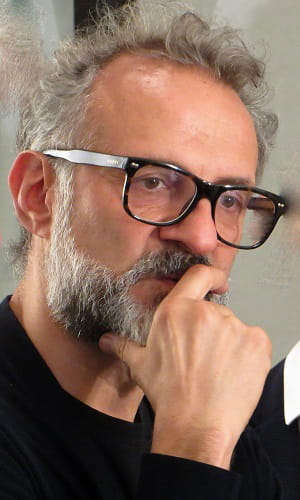 Massimo Bottura is a food artist

The famous chef tells about cheese, his dishes and the purpose of life 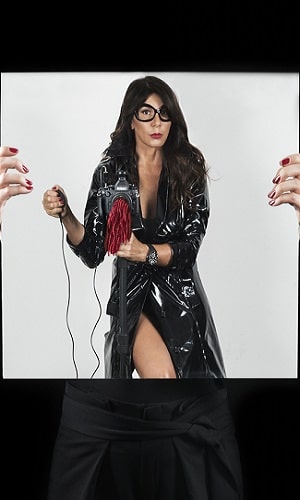 The fragility of the woman's soul

Angela Lo Priore - photographer. Beautiful, intelligent, sensual woman - on the eve of the Paris Photo exhibition, she found time to talk about her works 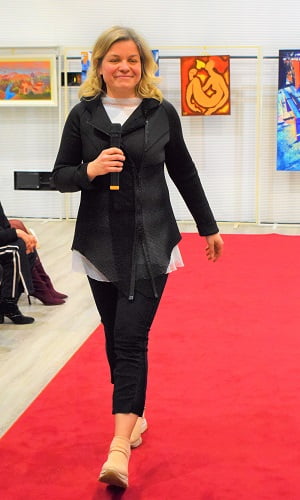 Interview with Natalia Siassina, organizer of the Fashionable Eco Art Show, which not only held a show, but also cleaned Milan's Dome Square from garbage