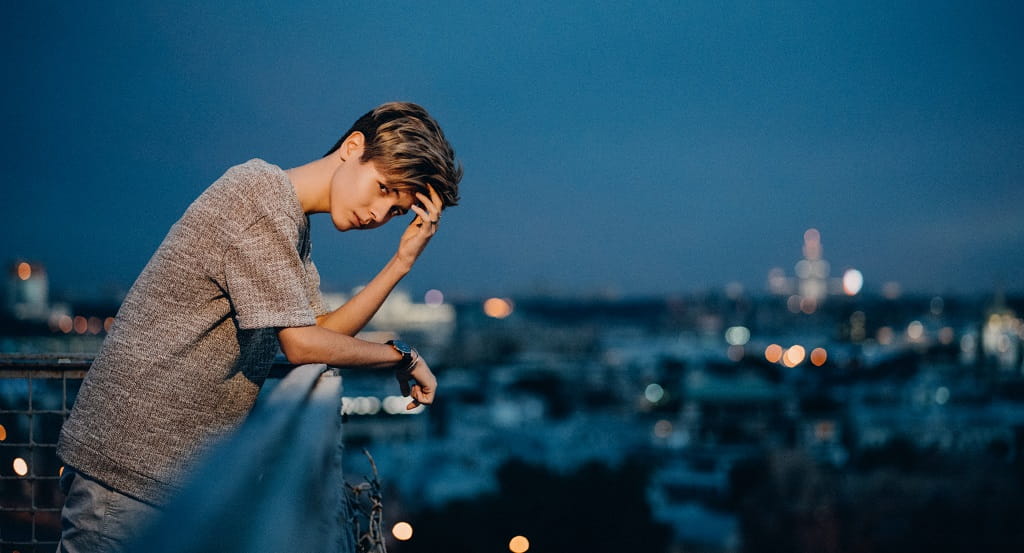 Kristian Kostov gave an exclusive interview to our portal.

- Kristian, tell us about the most vivid memories from your childhood.

- I have a very large family, and all the bright memories from my childhood are connected with my family and home. Every New Year and birthday was unforgettable, thanks to relatives. I can not choose one thing, still it's very personal, I can just say that I grew up in love.

- Tell us about the history of creating your debut song "Ne si za men" (You are not for me). How did the idea come up to record three successful tracks in three languages for one melody?

- It's really very interesting, to record the same song in 3 languages! I have never had this experience before. I would like to say that it happened so accidentally, but no! After my success on the Bulgarian X Factor, I started working with the most famous label of the country "Virginia Records". The first single is very important, and even more important was the question - in which country to continue to develop in. Russia, Bulgaria, other European countries - the choice was great, but we make an unequivocal decision ... and decided to record in three languages! That's the whole story. 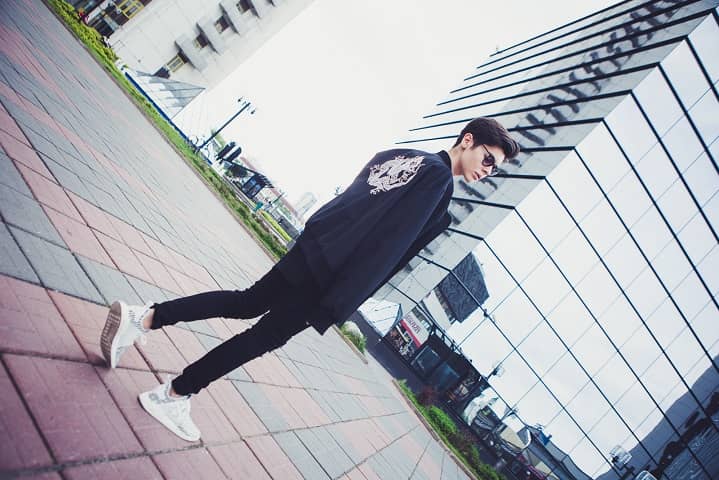 Kristian is the finalist of The Voice Kids in 1st season, photo © Kostov

- You were a participant of Eurovision 2017. Share your impressions of this music contest. What did you feel when you found out that you took 2nd place?

- I've already spoken about Eurovision an incredible number of times, it seems to me that even in a dream I can talk about it.
Fair? I was upset. If I participate in something, I always fight for victory. I'm a soldier in my heart, and I think it's silly to participate only for participation. Each of us wants to win, and this is normal, and when you are so close to victory, it becomes even more offensive. But it should be noted that even the second place gave a huge boost to my career - now I have fans in several dozen countries! My #TeamKris - the most amicable family!

- Your track 2017, "Beautiful mess" hit the whole of Europe. Why do you think people got hooked on this song?

- There is no feeling more pleasant than hearing your song on the radio stations of your country. But when you hear your song in most European countries, you want to scream with happiness! Producing a song, it can never be predicted whether it will become a hit or not. During the recording of "Beautiful Mess", I was very worried whether it would be popular or not. Words can not convey how I was happy with the reaction of the public, this is our first work, which was scattered all over the world. 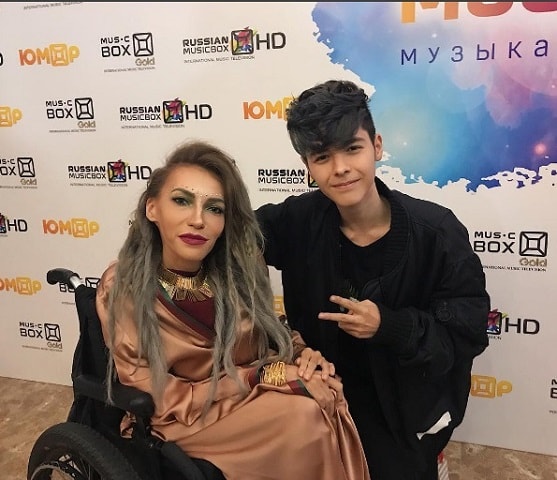 - Tell us about your fans. What are they? What do they mean to you?

- My fans have become my second family for these several years. Everything I do, I do for them. #TeamKris (so called our fanhouse) are very nice, kind and honest - for example, when I changed my hair colour to blond, the girls reacted differently, someone asked me to return my natural hair color.

- What kind of music do you listen to: Russian or foreign music? Is there a track that is always on repeat?

- I listen different music, but more English. I also love K-Pop very much. I do not listen anything in repeat, because I'm afraid that the song will bother me. 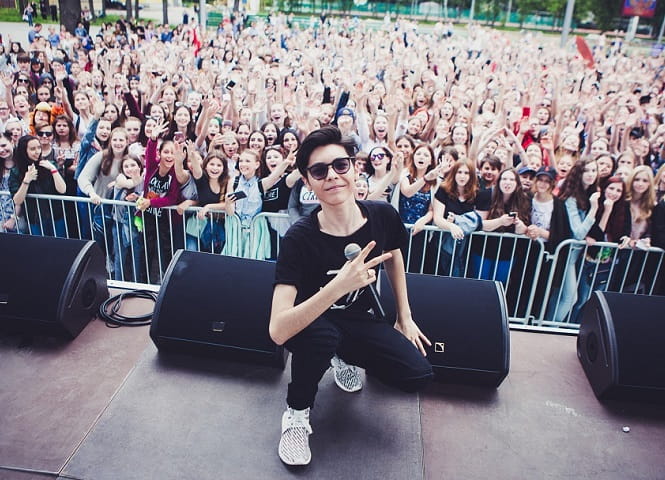 Fans in these few years became the second family for Kristian, photo © Kostov

- Who would you like to write a duet with in the future? Why?

- I would most like to sing a duet with Ed Sheeran. He proved to everyone that it is not necessary to look like a top model and wear only branded things to be a superstar. His songs helped many people in the dark moments of their lives, it's a fact. He inspires me to create my music.

- Do you like to travel? What is the best country for winter holidays?

- No matter how funny it sounds, but practically the only thing I'm afraid of are the flights! Yes, I know that I chose a profession that requires constant flights, there are days when I have 3 flights a day. And at the same time I really love to travel, here is a paradox. I'm used to spend winter vacation at home in Moscow, with my family, so this is my favorite place for winter holidays.

- Do you like nature? What is ecology for you?

- A very good question. One day I caught myself thinking that I pay very little attention to the world around me. I spend a lot of time in soc. networks, and besides, without glasses I see almost nothing (I began to wear them recently). And then one time, while I was writing another post in Instagram, my phone was discharged. I was very angry, and decided to sit down for a bit. It was about 18 p.m., and the sunset was in full swing. I looked up and saw one of the most beautiful sunsets in my life, so I spent the next 10 minutes looking at the sunset. It was then I realized that I need to pay more attention to the world around us. You can say, I only began to discover it for myself!

Kristian became the winner of the "Real Music Box 2017 Award" in the nomination "The Teenage Project of the Year", photo © Kostov

- My first songs. We wrote our first EP album. Now I can't say the exact date of its release, but I listen to the songs from the album over and over again - I hope you like them too.

- Nothing and no one is perfect, and this is all the charm. Yes, there are people I admire, but I can not list them all in one interview. Recently, Jim Carrey surprised me with his talent as an artist with a deep understanding of modern society. He is a man with his philosophy of life, he opened for me from new side.

- Share your creative dreams and plans for the future. 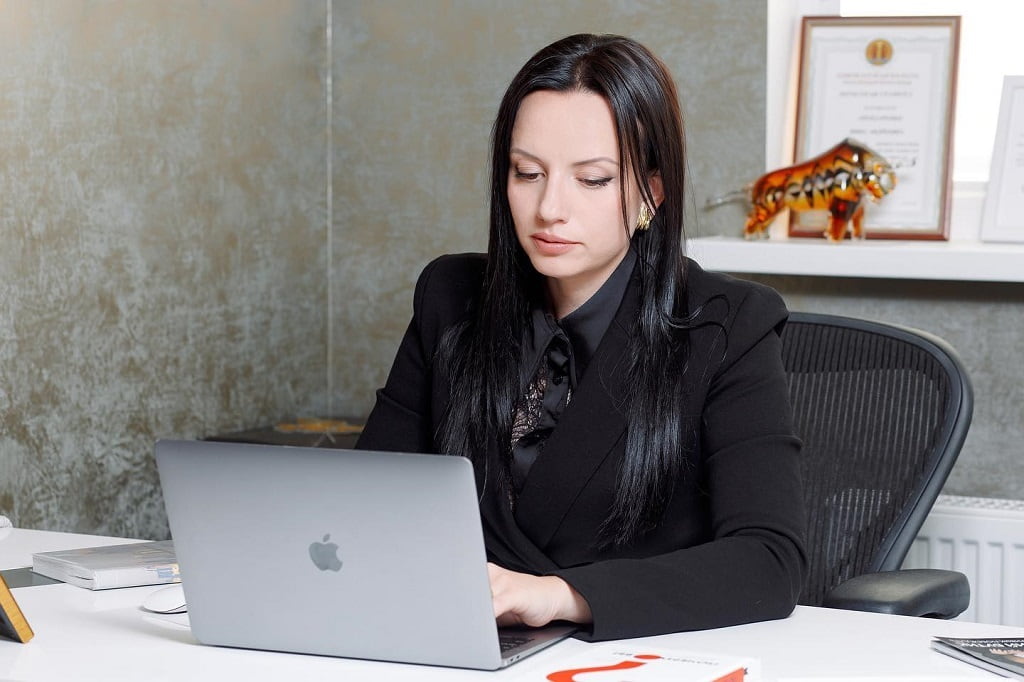