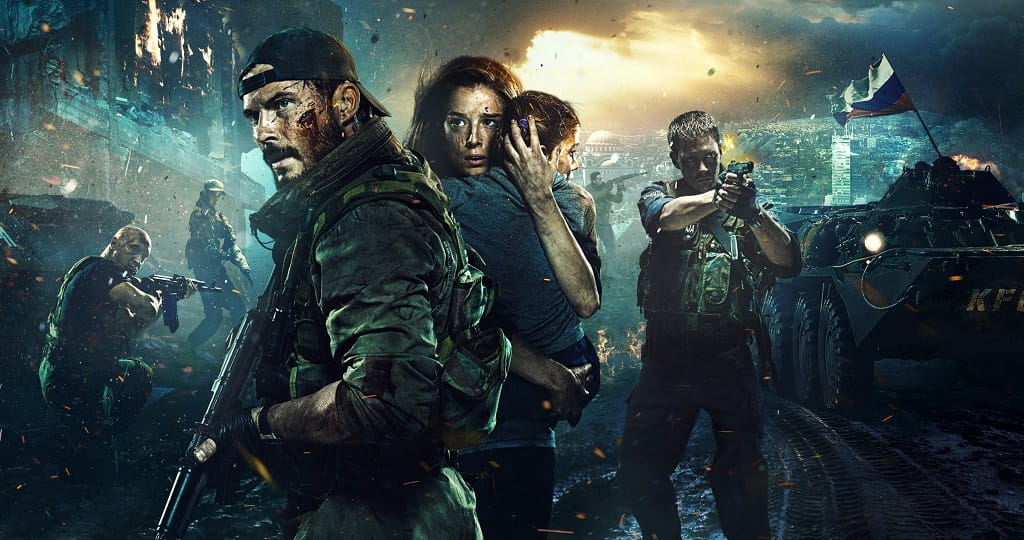 The Balkan Frontier is a historical drama about the conflict in Yugoslavia. 1999, the Russian special forces must take control of the airfield in Kosovo and enter into battle with the terrorists. The world is again on the brink of war, but the special group commander Andrey Shatalov thinks little about politics: among the hostages is his beloved Jasna. 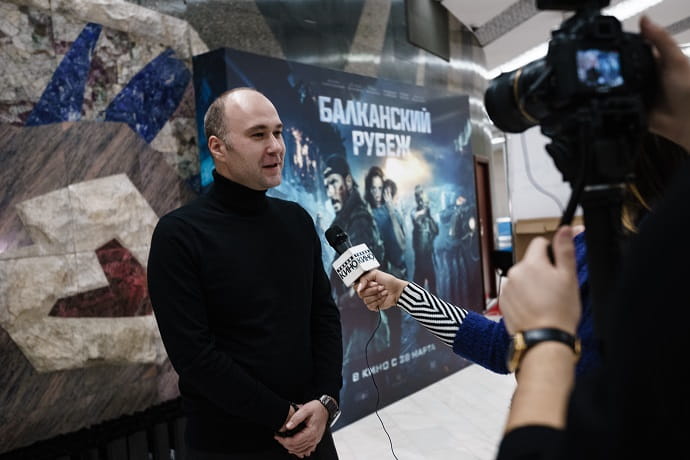 Andrey Volgin at the premiere of the Balkan Frontier, photo © gm-production.ru

“This is a film about real heroes who have defended their frontier. It is about those who remained in the shadows, giving their life for our future”, says the leading actor Anton Pampushny. He made his debut as a film actor in 2005, he has shooting experience in more than 30 films, but this story came particularly deep in the heart.

Anton spent a lot of time studying the material and now admits that the painstaking work on the script helped him even long before the beginning of the filming process to feel his character. Constantly participating in discussions and adjusting the nuances, the actor with filigree accuracy transmitted the character traits of the special group's commander from the screen, and the image of Andrey Shatalov in his performance revealed amazingly full. 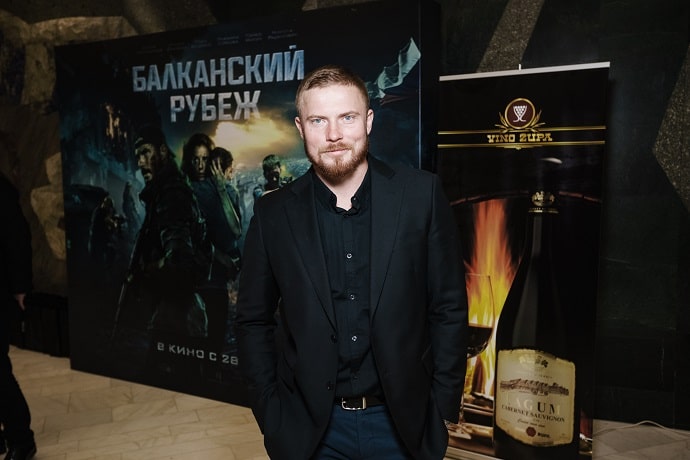 Anton Pampushny at the premiere of the Balkan Frontier, photo © gm-production.ru

Filming took place in Serbia. Anton notes that this is a very warm, hospitable country with delicious cuisine and a special atmosphere of history. The actors were lucky to communicate with the witnesses of what happened, and for the whole group this experience turned out to be invaluable. It allowed to feel its involvement in the events of twenty years ago, to catch the breath of history behind back and feel like touching it.

Military training is a separate nuance to which the creators of the film paid much attention. Actors have passed a special course of professional training, and now, when the shooting is over, they note that no one did any favors for them. They worked with cinema actors like with real soldiers, so that in the end, their characters looked perfect on the screen. The actors also learned to handle weapons and are now able to use pistols and even a machine gun. 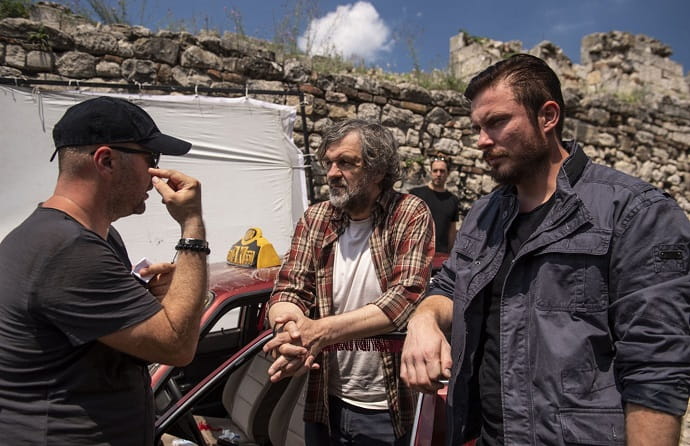 “The work on the film demanded an incredible dedication, but all participants in the filming process were 100% fulfilled”, says the actress of the main role, Milena Radulovic. "We had a great, friendly team, working as one. We became a family united by a common goal. At some point, the shooting turned into a difficult test for me, sometimes it seemed to me that I would not be able to pass it ... But the support of the team and hard work helped me to pull myself together. It became easy to work, and then, it seems, I felt absolute happiness.”

According to the actress, shooting in Serbia is almost no different from working in Russia. Thanks to a similar mentality, team members quickly found a common language and worked together easily. For Milena, the Balkan Frontier is a kind of debut. It gave her the first dramatic role and the most ambitious project in her career. 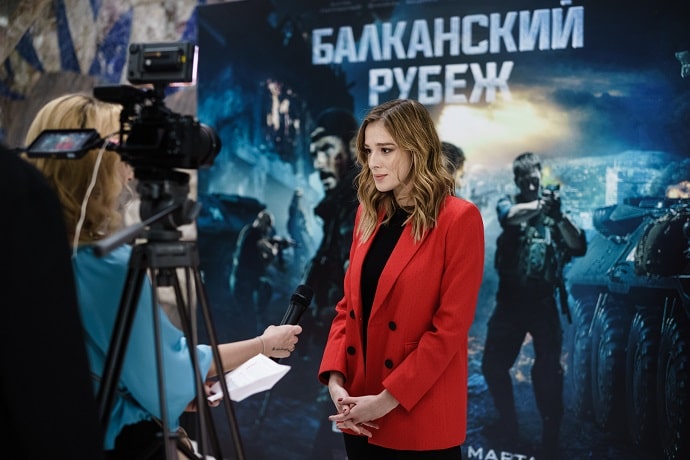 Milena Radulovic at the premiere of the Balkan Frontier, photo © gm-production.ru

The presentation of the film took place at the end of November 2018. The 20th Century Fox film company conducted it as part of the 107th Film Market. Director Andrey Volgin, as well as the producer and performer of one of the main roles, Gosha Kutsenko, expressed their gratitude to the “Twentieth Century” for their faith in the project, and to the Ministry of Defense of the Russian Federation for their assistance.

The military technique that appears in the film is real, since the creators of the film sought to show the audience the military scenes with the utmost confidence. To achieve this goal, the incumbent colonel of the FSB consulted the project. He was constantly on the set, adjusting the actions of the actors in accordance with the realities of military. 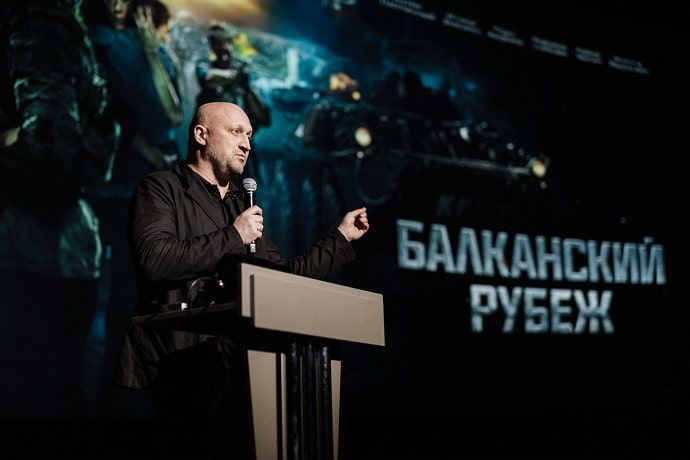 Gosha Kutsenko at the premiere of the Balkan Frontier, photo © gm-production.ru

“This film is about how the Serbs were expecting help, but the world was just watching the falling bombs, and was silent. Only Russia remained indifferent, although at that time it was not as strong as today”, said Alexander Srechkovic, who played the role of the terrorist's leader.

The premiere of the film was already held in Moscow, and it was first rated by showbiz stars, media representatives and the actors themselves. The film was released on March 21, on the eve of the 20th anniversary of  Yugoslavia's bombing by NATO forces.