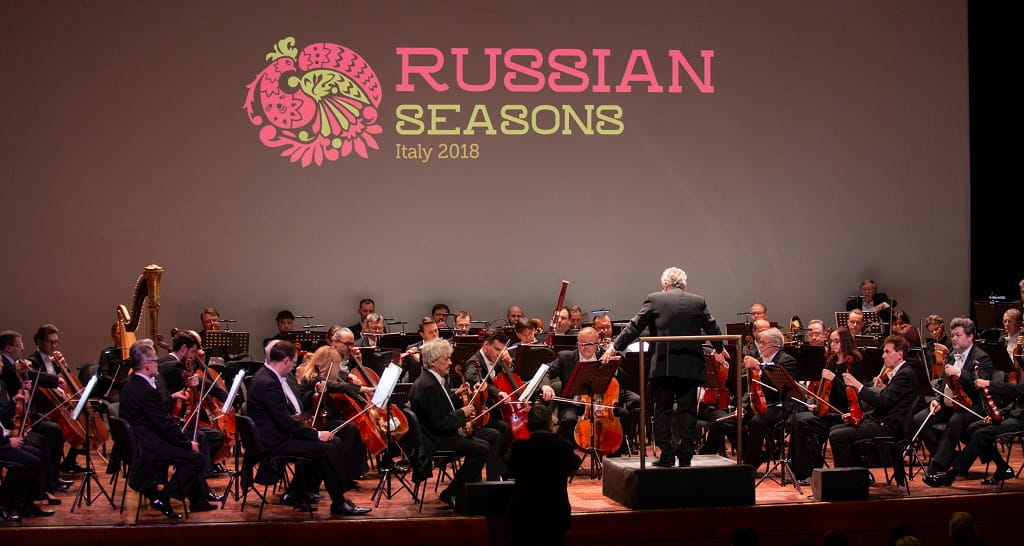 Closing of the festival "Russian Seasons 2018"

Throughout the outgoing year, a festival called “Russian Seasons” paraded through the cities of Italy. The cultural program included more than three hundred events, including thematic exhibitions, theater performances and dance shows, musical concerts of various genres, and much more. Dozens of art institutions and creative teams from all over the country took part in the project.

On December 19, the successful end of the Italian “Seasons” marked a magnificent closing ceremony. It was preceded by a press conference devoted to this event, at which, among the other guests, were also the ministers of culture of both countries. 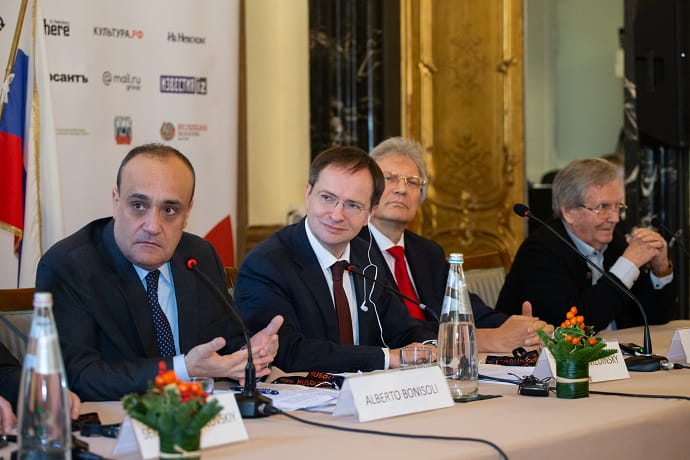 “The grand concert venue Arena di Verona applauded the artists of the incredible show on ice "Romeo and Juliet" directed by Ilya Averbukh. The ballet troupe of the Bolshoi Theater in the legendary “La Scala” presented to the Italian audience real masterpieces of ballet, two love stories - “The Taming of the Shrew” and “La Bayadere”.

A memorial to Gorky was solemnly opened in Sorrento in honor of the 150th anniversary of the great playwright. “I am sure that the touring projects of the leading collectives of our country, museum exhibitions, actions, fairs and festivals held within the framework of "Seasons" will long remain in the memory of the sophisticated Italian public. I have no doubt this festival has gone down in history”, - the Minister of Culture of Russia Vladimir Medinsky told the press. 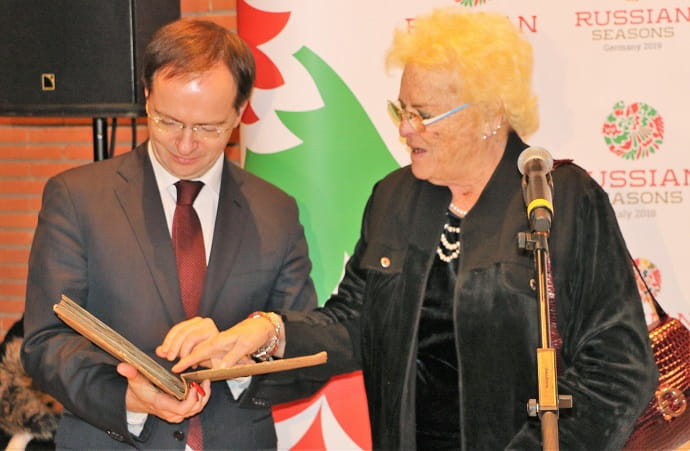 Alberto Bonisoli echoed his colleague in unison: “The past festival is an event whose importance in terms of the cultural cooperation of our states cannot be overestimated. The success of the project and the highest level of its cultural program are confirmed by thousands of people who took part in it”.

The ministers' words reflected the surprisingly high attendance of the “Russian Seasons” - over six million people visited the project’s events during the year. Such high interest can be easily explained by the longstanding friendship of states, based, among other things, on productive cultural cooperation. The ministers assured the public that in the coming year it would not be interrupted, but on the contrary, it would find its logical continuation in the multitude of bilateral projects and tours already planned. 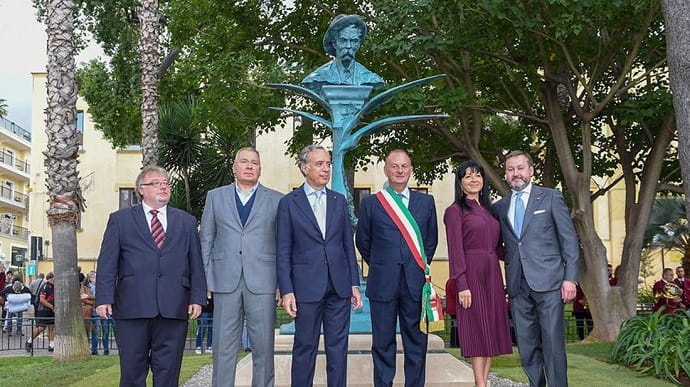 Opening of the Gorky's monument in Sorrento, photo © RusAcademyofArt

The Russian military-historical society took an active part in the project that came to an end. Round table meeting entitled “Culture and History on the Protection of Civilization” was held. The program of the event included the special show of the film "Sobibor", directed by Konstantin Khabensky.

The event was attended by Italian deputies, diplomats, and media representatives. On the Russian side, Alexander Barkov, the director of the RMHS, and his adviser Elmira Shcherbakova were present. Dmitry Lameikin, the coordinator of the Russia-Italy parliamentary friendship group, attended the round table meeting. Konstantin Khabensky came to the screening of the film, as well as many others. 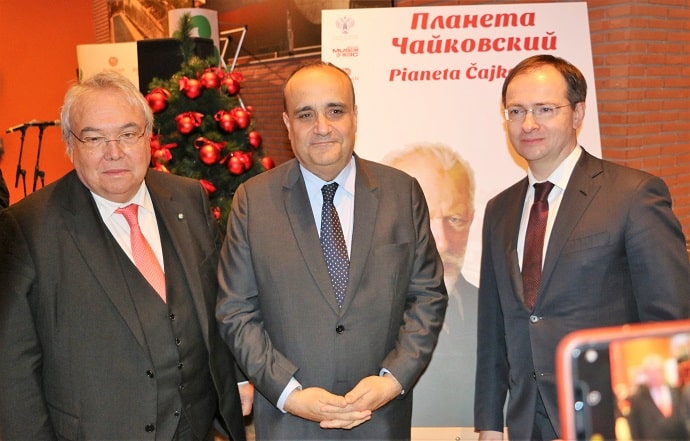 “The Italian Parliament is interested in the past event, and I believe that this is a very promising project in the framework of our international cooperation. Special thanks for the support and assistance in organizing Alessandro Pagano”, said Elmira Shcherbakova.

“Russian Seasons” ended with an amazing concert program at the National Academy of Saint Cecilia. From the stage sounded the Piano Concerto No 1, the Suite from the Christmas Ballet "Nutcracker",  and the Italian Capriccio Orchestra. Denis Matsuev virtuoso played the piano, he was accompanied by one of the largest orchestras in Russia - the Tchaikovsky Symphony Orchestra.

“The completed festival is a special, significant event for both Italian viewers and all those who took part in it. This is a huge step towards the great art that we have taken together. It is difficult to convey the pleasure that the joint work with Italian partners gave me. It is a great honor for me to carry Russian culture to a foreign viewer, and it’s a great joy to start new interesting and promising projects here”, - Denis Matsuev shared his emotions. 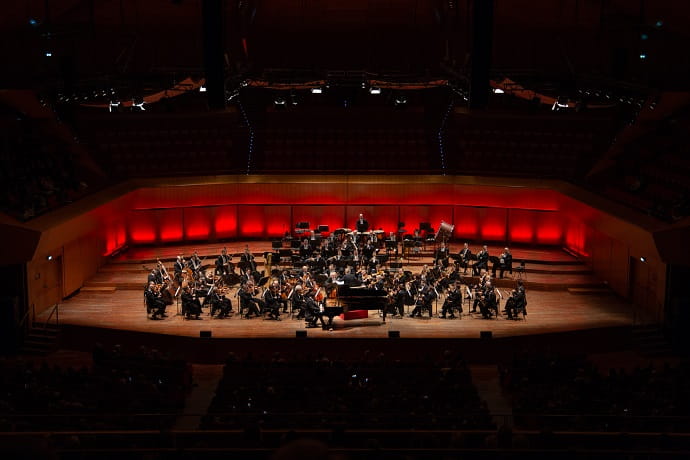 The granddaughter of F. I. Chaliapin was among the guests at the ceremony. She presented some items from the archives of the legendary Russian opera singer to the Russian National Museum of Music. The most significant among them was an album with original photographs of the artist, made in the period from 1909 to 1920. It has a letter written to his daughter by Chaliapin’s own hand.

Museum director Mikhail Bryzgalov noted with gratitude: “Such an invaluable gift will certainly leave a mark in the history of art. Any item that falls into the museum fund becomes immortal, because here we begin to study its history and work with it in order to perpetuate the memory of great personalities and tell about their merits to descendants”.

Next year the project will move to Germany. In Berlin, the “Russian Seasons” will begin on January 7th with a big concert in the capital’s philharmonic society. Artists of the Mariinsky Theater will show the opera “Iolanthe” to the German public, and an exhibition dedicated to the history of the musical masterpiece creation and other works by Tchaikovsky will also be opened here.