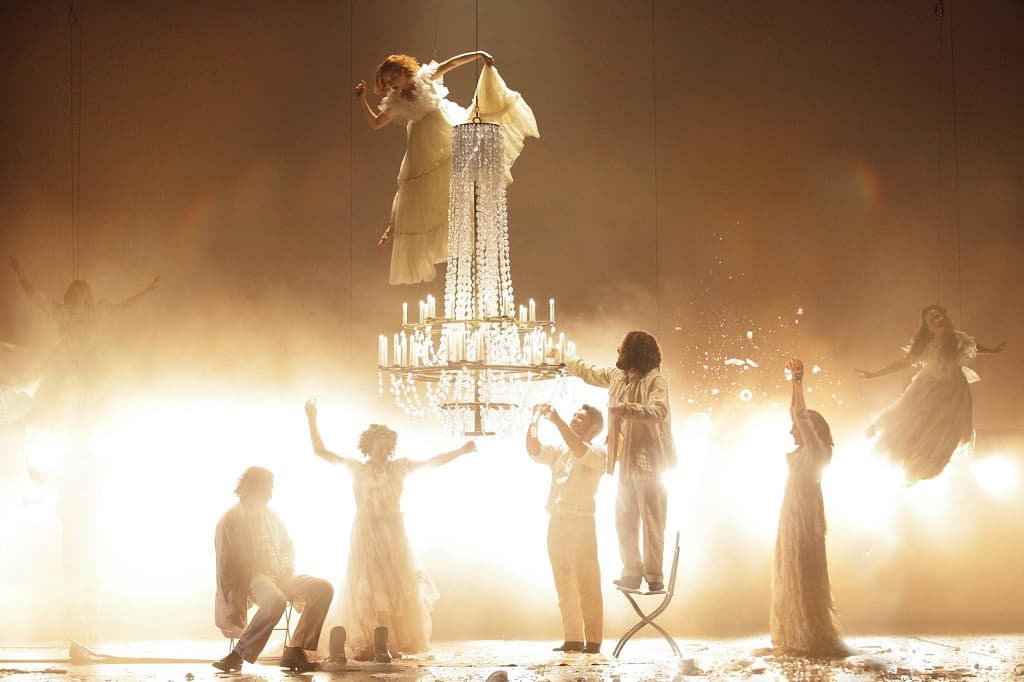 From Ticino with love ... to Chekhov

On October 9, 2018 in Culture and Art Center LAC Lugano, residents of the Italian-speaking canton of Switzerland first saw the performance "Donca, Message to Chekhov" staged by Swiss director Daniele Finzi Pasca, who is well known to the Russian public from numerous performances that became symbolic for fans of theatrical art.

Daniel was born on January 10, 1964 in Lugano, where the sun shines especially brightly in winter, where in the green of palm and cypress trees it seems that the cold of winter remains only high in the snow-capped mountains. Maybe that's why Daniele's face always has a sunny smile, and his heart is filled with warmth: in 1983, he left as a volunteer to help the incurable people in India, and his most important art achievement is the opening of the Paralympic Games 2014 in Sochi. 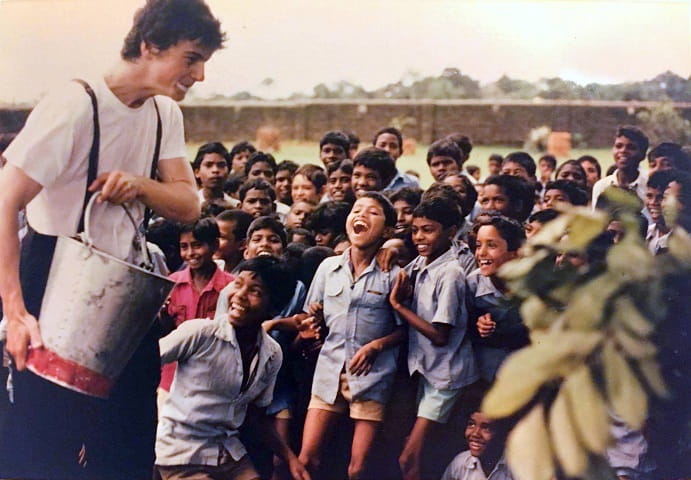 “The love for the theater and the Russian classics was probably transmitted to me through the castle of Trevano, which once adorned Lugano and was blown up several years before my birth. The castle was built in the 70s of the XIX century by Russian baron Pavel Von Derviz, a great lover of theater arts. The school where I studied was exactly at the place where the baron's theater used to be. Maybe the dust of this castle settled on me and soaked into the body, and the echoes of the old ideas gave rise in my work”, the famous director says with a smile.

Daniele Finzi Paska was led to Chekhov “practically by the hand” of Valeriy Ivanovich Shadrin - General Director of the International Theater Festival of A.P. Chekhov. It was he who invited the Swiss director to make a performance dedicated to the great Russian playwright. To “understand and feel” better the work of the classic, Daniele set off on a journey through Russia around Chekhov's places. During a visit to Taganrog, the writer's homeland, Finzi Pasca saw a small bell in the Chekhov Museum, a typical donkey (bottom fishing rod) of Taganrog fishermen. Thus was born the concept of the performance “Donka, the Message to Chekhov”. Emotional story about the dreams and awakenings of the "human soul" when the bell of art is ringing. 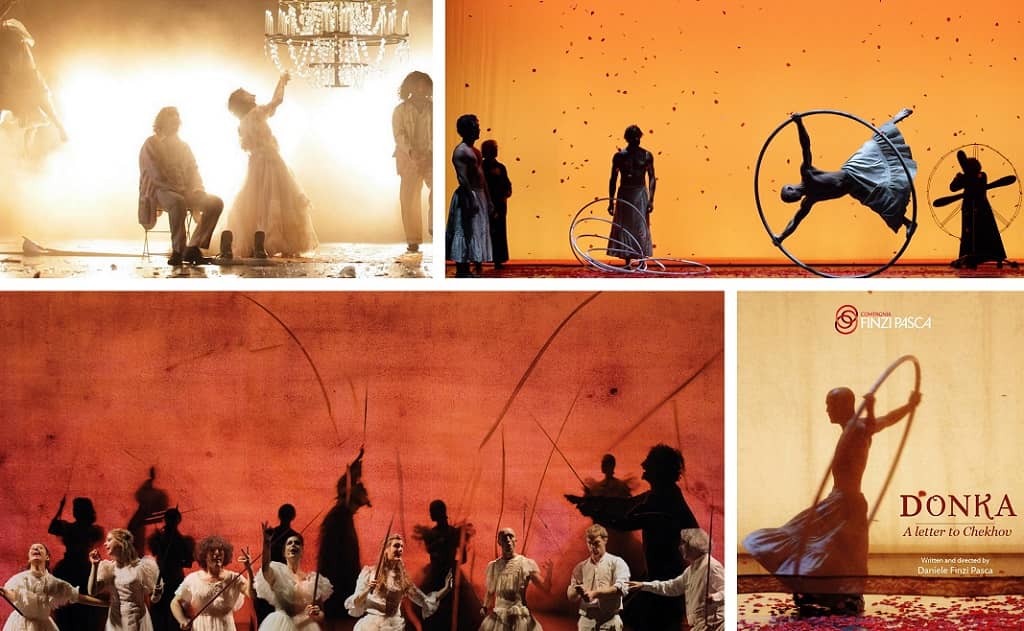 On the stage, in a whirlwind of donka actor's dance, the soaring ribbon threads are rapidly transforming, connecting logic with inconsistency, dream with reality, and theater with life.

Daniele's productions combine dance, acrobatics, acting, clowning and lots and lots of music. The founders of the Finzi Pasca Company call this theatrical technique a “Theater of Caress”.

An actor connects “Theater of Caress” concept with the physical perception of the world. For example, in Russia there has long been a tradition of physical theater. Therefore, for the Vsevolod Meyerhold's actors, appearance, voice, thoughts took shape, embodied in the physical, which became the subsequent tradition of the Russian theater. In the plasticity and physicality of the Russian theater, I feel an affinity for my “Theater of Caress”. There is also a huge tradition of Russian acrobats and circus performers, and, of course, Russian ballet. This is a new rich world that provides ideas for thought and creativity”, explains Daniele. 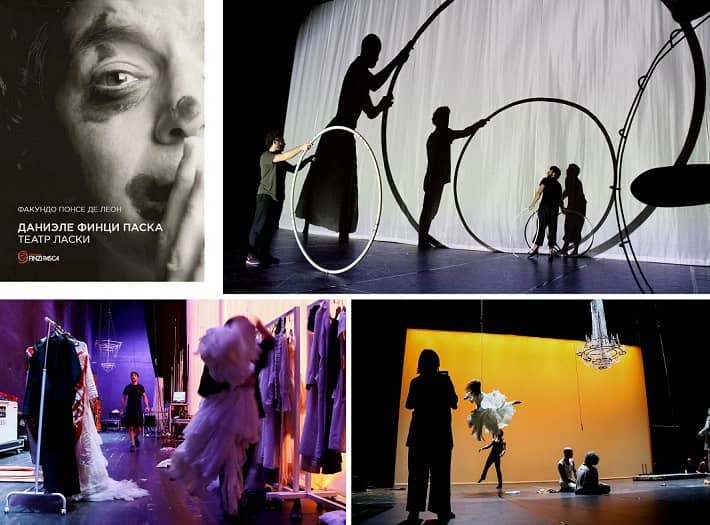 The spectators of Lugano enthusiastically greeted the performance of Finzi Paska and applauded for a long time standing.

Marina, who came from Moscow to the premiere in Lugano, shared her impressions: “I am amazed how exactly the Swiss director felt and conveyed Chekhov's perception of the world, as he poetically and beautifully told about our famous writer! This is not simply a performance, it is a philosophical poem about life, death, about you and me ... ”

And the German-speaking guest of the canton Ticino noted: "Now I want to read Chekhov, learn more about his life and work, since I know very little about this Russian writer." 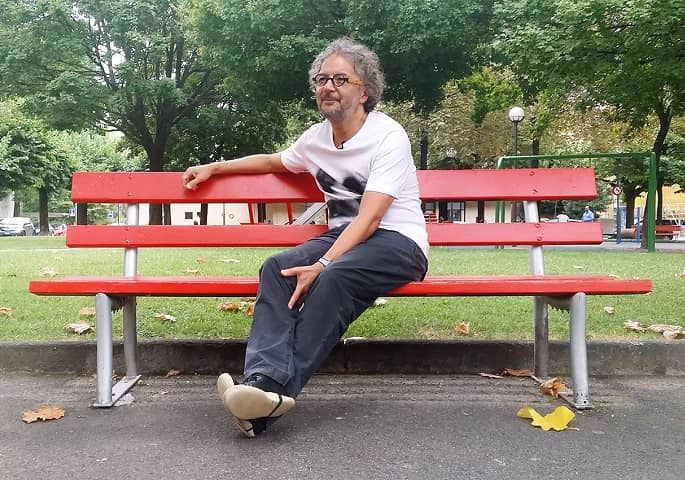 At the beginning of the performance, the famous words of Chekhov's character Treplev sounded: "One must depict life not as it is, and not as it should be, but as it appears in dreams."

But, what are the dreams of Daniele Finzi Pasca himself and his “Theater of Caress”?

“Our dreams are the simplest - to find the very easy, almost invisible gesture where the sacrament of contact between ease and belonging takes place. Our theater is the language of shamans who can cause the sun or rain; however, life - the meeting of successes and difficulties - has led to the fact that we still cannot fully understand and feel the significance of our experience. ”

Lugano's spectators thank Daniele Finzi Pasca for his involvement and poetic vision of Chekhov, for the presented dreams and for the “Theater of Caress”! 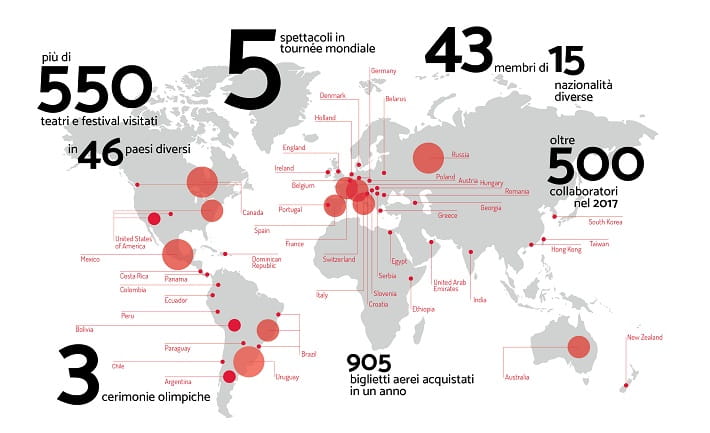 The numbers of Compagnia Finzi Pasca speak for themselves: performances in more than 550 theaters and festivals, in 46 different countries, at 3 Olympic ceremonies, 905 tickets purchased per year, more than 500 employees in 2017, 43 participants in the company, 15 different nationalities, 5 performances in the world tour, source Compagnia Finzi Pasca

• World premiere on January 29, 2010 at the Moscow City Theater in Moscow (Russia)