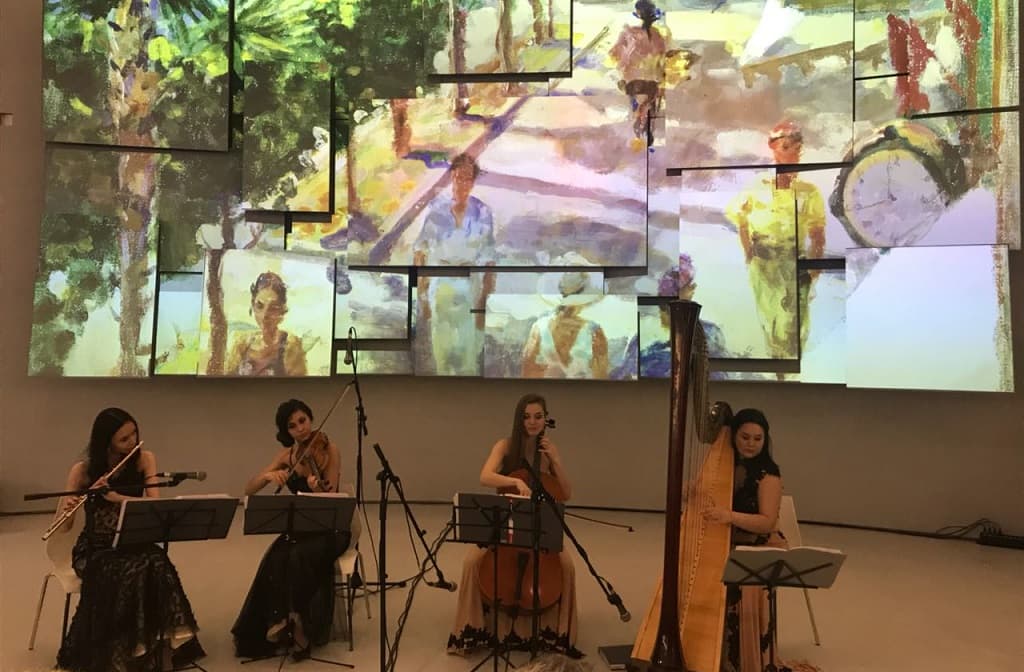 "Portrait of the Artist's Wife" is a special genre of portraiture, which causes special interest and allows penetrating into the inner world of the creator. After all, each portrait is a story of love, jealousy, passion and mutual influence on each other.

The Museum of Russian Impressionism since February, 1st until May, 15th presents the exhibition "The Wives", which contains more than fifty paintings, graphic and sculptural portraits of Russian artists's wives from the 1880s to the middle of the last century. Who are they - famous artists life companions?

A woman is sitting in the corridor of the hospital. Operation on the spine of her husband turned into a tragedy, and the wife makes an impossible choice for her lover. "Hands or feet?" - asks the doctor and she, the faithful companion and friend, moans: "He's an artist ... He can not live without hands ...". Until his death, talented painter Boris Kustodiev worked in a wheelchair, but exactly in that period of time he will create the most vivid and mature works. 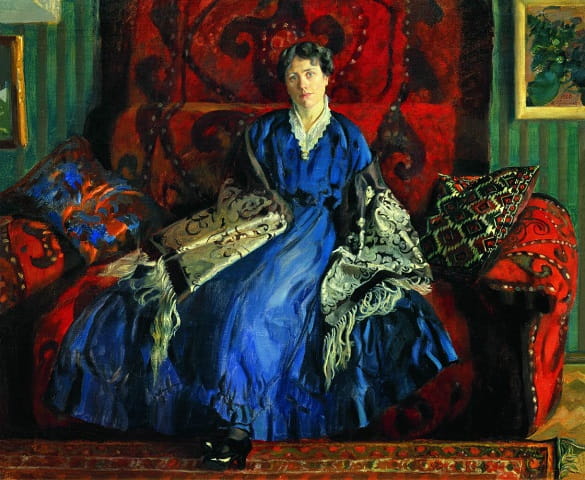 Iulia Evstafyevna, Olga Trubnikova, Natalya Nordman-Severova ... These names are not known to anyone, unlike the names of their spouses - outstanding Russian artists. Who were they and how did they live? Did they build a career or give themselves to the family? Valued the talent of the spouse or were indifferent to him? 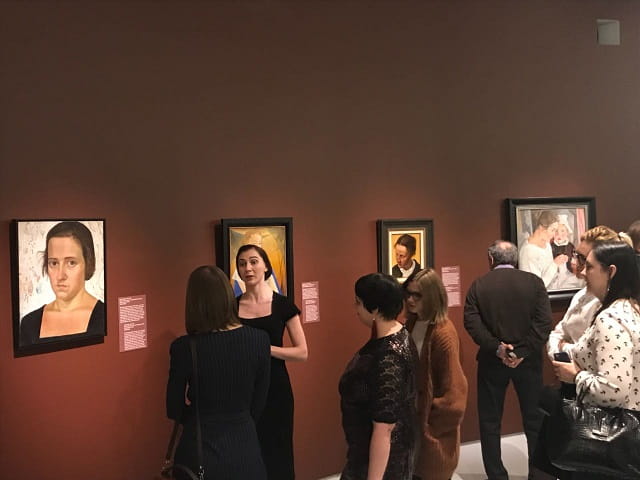 Ilya Repin, Valentin Serov, Sergei Sudeikin, Pyotr Konchalovsky and many others worked at the turn of the XIX-XX centuries. During this period, the female portrait underwent a lot of amazing metamorphosis. Through the prism of the images of beloved women, today we clearly see the picture of social and political upheavals of that difficult period. Images of secular beauties of the early twentieth century, such elegant, feminine and captivating, are gradually being replaced by images of determined women who are on a par with men in the struggle for equality.

A woman's portrait has undergone many amazing metamorphoses, photo © vlv-mag.com

Guests of the exhibition will meet with beautiful ladies of different nationalities, ages and levels of prosperity, but all of them are united by their closeness to great art. Some of them, like Olga Trubnikova, wife of Valentin Serov, completely devoted themselves to family hearth, talented husband and beloved children. Others sought to build a new reality on a par with men, as the determined companion of Alexander Deyneka. 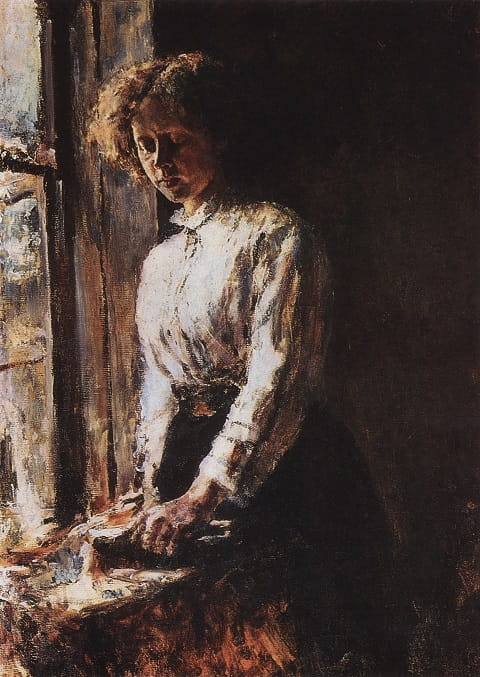 Beloved women inspired the work of many talented artists. For example, Kuzma Petrov-Vodkin connects his life with his wife for more than 30 years of really happy, full of trembling love, relationships. Beautiful Maria Josephinawas from a distant France, and she became his only companion to the end of days. Living in the shadow of a brilliant artist, she continued to serve her husband's talent even after his death, writing a collection of memoirs "My great russian husband." 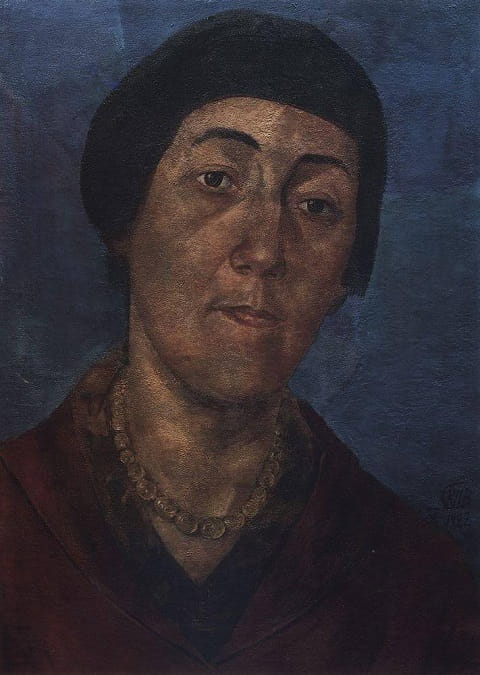 Quite different was the wife of Nikolay Ionin, who was a disciple of Petrov-Vodkin. Ekaterina Samokhvalova-Ionina became the symbol of a Soviet woman, that same "working woman" and "sportswoman", who is familiar to everyone on agitation posters. Becoming a kind of symbol of an era, she already saw the role of women not only as a wife with her husband, but a person who could be useful to the state. But most of them this was succeeded by the tender and sensual Margarita  Konyonkova. She lived with her husband for two decades in the USA, she made useful acquaintances in academic circles, from where she regularly received and transmitted to the Soviet government information about the nuclear bomb development by the Americans. 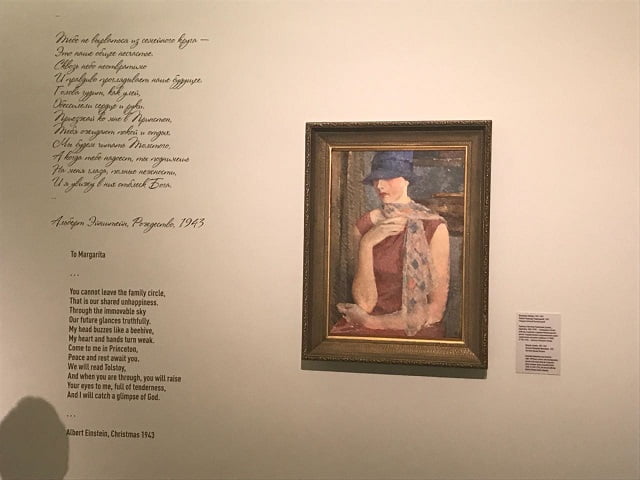 Talented people are sometimes weird, so it's no surprise that their companions are the same. This is how they talked about the wife of Ilya Repin - Natalia Nordman, an extravagant woman, courageous and living without regard to someone else's opinion. In their house, the servant dined at a common table with the artist's family, which, incidentally, was served only with vegetarian dishes. Being a strict protector of animals, Natalia did not wear a fur coat even in a cold frost, only a coat with a lining of hay - it's warmer. 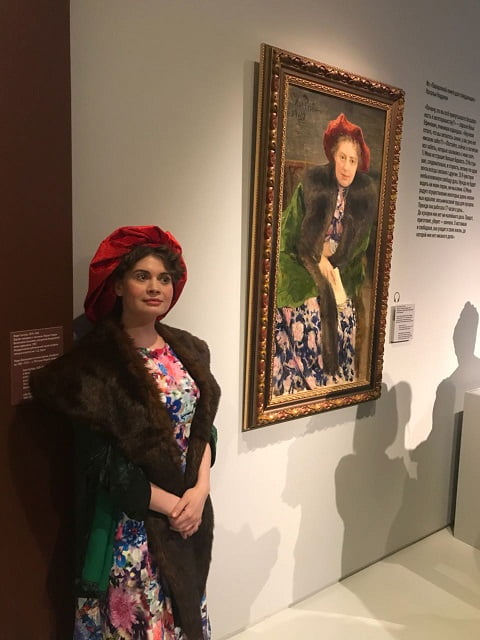 A kaleidoscope of completely unique female images simply mesmerize. The exquisite beauty is accompanied by fragrances reflecting the content of canvasses in its own way. Sea breeze, forest coolness, the smell of wildflowers surprisingly complement the paintings, creating a sense of some involvement in great art and its elegant objects. 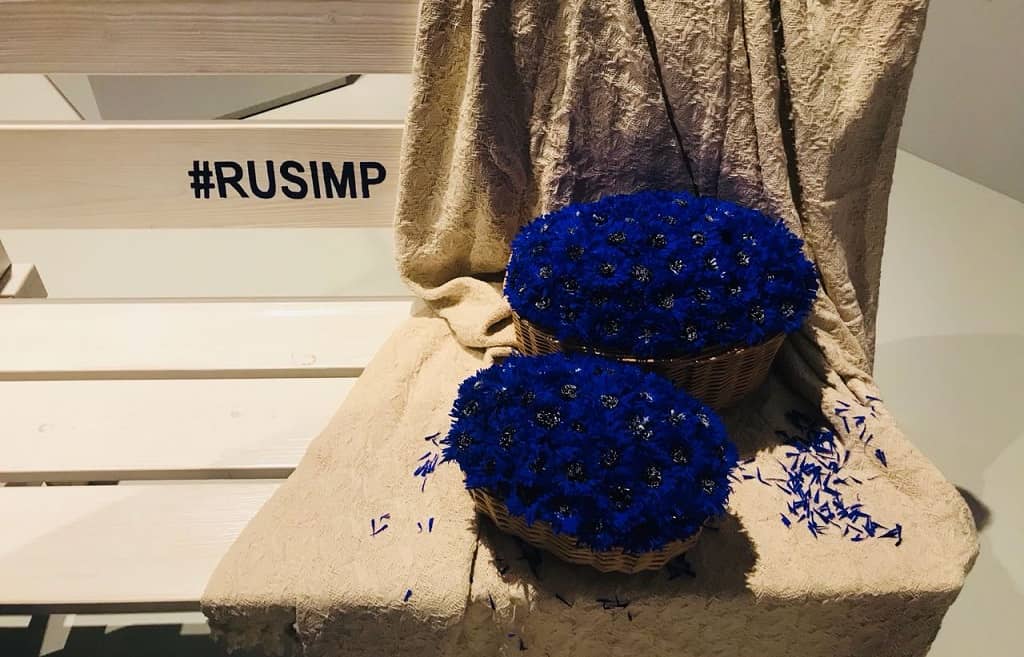 The exposition is accompanied by fragrances that reflect the content of the canvases in their own way, photo © vlv-mag.com

In the museum you can also see other works of these artists - they make up the main exposition of the Museum. For incomplete two years of work, remarkable paintings by Konstantin Youon, Valentin Serov, Alexander Gerasimov and many others gathered on these walls. Most of them were presented to the Museum by its founder, Boris Mints.

There is an audio guide at the exhibition, which was specially written for this art project by the Honored Artist of Russia and the old friend of the Museum, Sergei Chonishvili.

The exhibition will be open since February, 1st until May, 15th 2018 in the Museum of Russian Impressionism 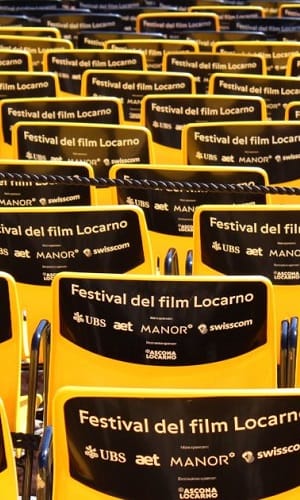 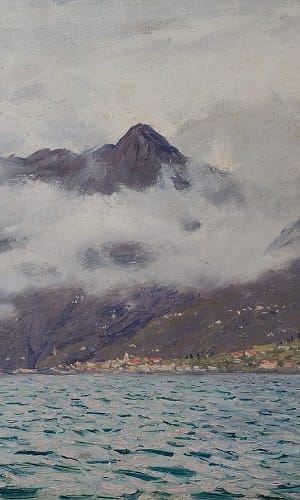 The history behind one painting 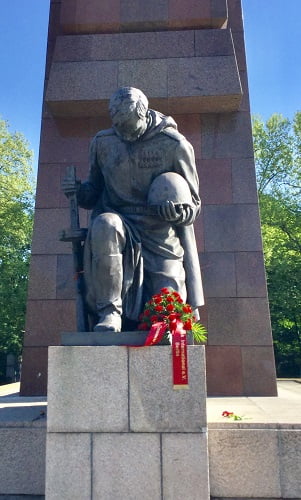 The traditional celebration of the Victory Day in Berlin was on May 9, 2018