The book time has not passed yet

From 8 to 12 March, there was a large book festival Tempo di Libri in Milan - on 35 thousand square meters there were 435 participants - large and small publishing houses, bookstores, companies and funds associated with books.

It was held for the second time and 97 240 tickets were sold (60% more than last year) - this confirms the success of the festival. 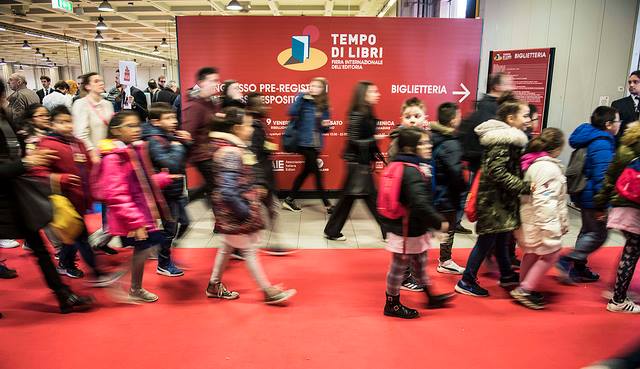 Of course, Italy has an International Salon of books in Turin (Salone Internazionale del Libro di Torino), this year it will be held on 10-14 May. The event is grandiose, and aimed at the international public.

The Milan festival is a bit different. Here, in general, there were only local publishing houses - specializing in both fiction (Mondadori, Feltrinelli) and encyclopedias and educational literature like Treccani (they publish the Treccani encyclopedia, like Britannica or TSB, atlases and dictionaries, several hundred euros each). Of the foreigners, I found only representatives of Saudi Arabia - they gave children's books and treated dates and coffee. 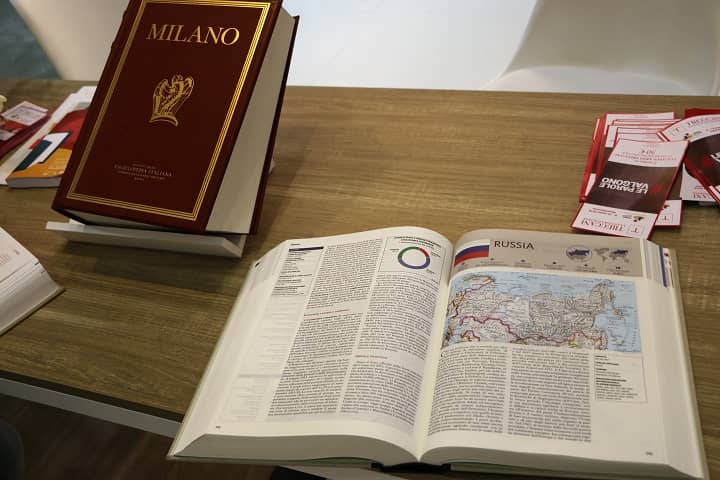 Together with the exhibition worked Milan International Rights Center, in which more than 500 professionals from 32 countries held more than 6,500 meetings. In order not to interfere with specialists, the entrance was very limited, even journalists were not allowed. So it is not necessary to talk about the local nature of the exhibition. Especially from 1200 guests - writers, critics, artists and culture - there were a lot of foreign guests. At the same time, dozens of meetings with writers took place at 37 venues, and for five days the festival held 850 meetings, and they all were with crowded halls. 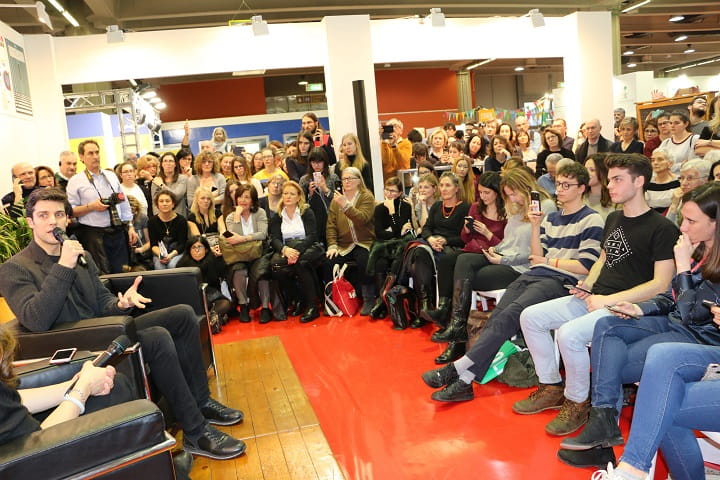 "We want to preserve the idea, as this year, when every day was dedicated to a certain topic. This worked very well. Both the participants and the visitors were all very pleased. They are happy - I am happy", - said in conclusion Andrea Kerbaker, director of the exhibition "Tempo di Libri" 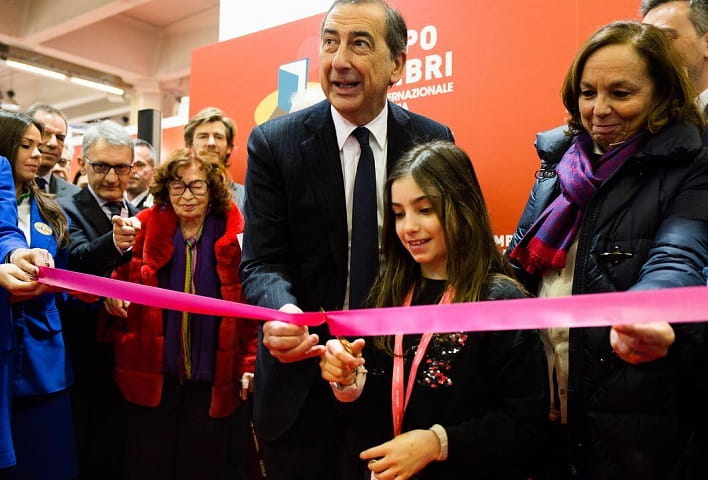 March 8 - 9 is not a weekend in Italy, but even these days there were a lot of visitors. And on weekends it was sometimes not possible to pass, especially if the idols were performing. To see and talk with 15-year-old Iris Ferrari, youtuber and writer, the author of the book "One of you" (Una di voi), the students took turns in 4 hours.

As, however, to see another diva, also video blogger, 18-year-old writer, Sofia Viskardi. By the way, in the beginning of April, her best-selling "Succede" ("Happens") will be a self-titled film, which was also presented at the exhibition. And the director Francesca Mazzoleni, and all the actors are very young.

It can be noted that the number of writers has grown dramatically, and their age has greatly decreased. Thanks to digital technologies and digital publishing platforms (Amazon also represented its platform), there are no barriers to the publication of first book, which can lead to success. 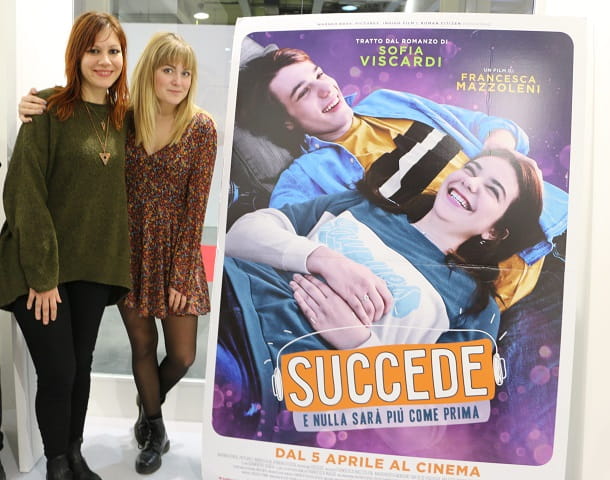 And then you will be noticed by big publishers with whom you can sign a contract. But sometimes publishers find writers themselves. For example, Luca Sciortino published his first book "Oltre e un cielo in più" at the reputable publishing house Sperling & Kupfer. 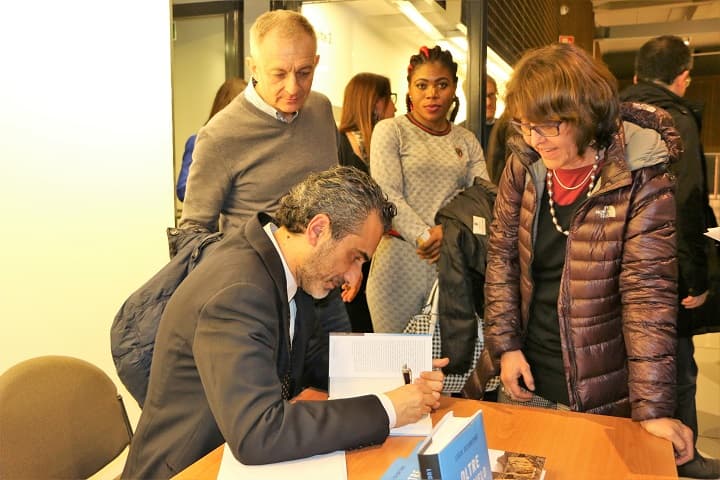 In the book, he describes his many-month journey from Great Britain to Japan, through Europe, Russia, Mongolia and China, without the help of an airplane, in fact, travel notes about meeting people. The book, illustrated with photographs, has a huge success. Someone represented books in special halls, someone directly at the publishing house's stand, like Patrizia Sava with her collection of rural poetry.

Great photographers featured the exhibition, such as Giovanni Gastel and Oliviero Toscani. Toscany has long been a photographer for the Benetton brand, and has conducted several brilliant advertising campaigns, after which the brand became known all over the world. 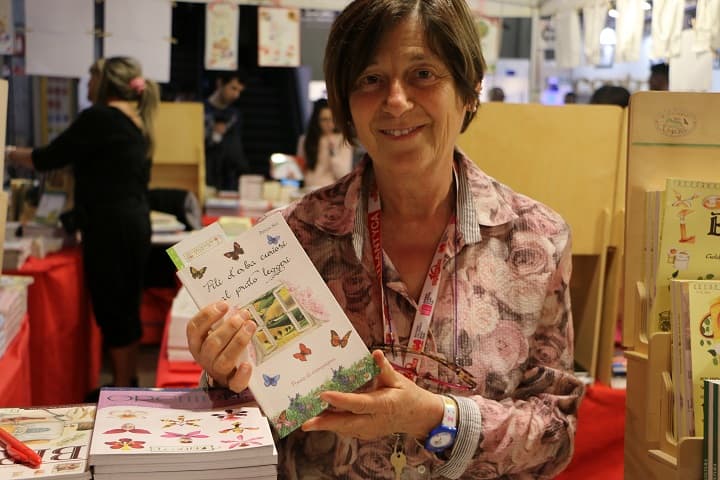 Then he left Benetton, but more recently returned back. He spoke at the stand of Italy's largest newspaper "Corriere della Sera", and said that he would like to be editor-in-chief there: "I would raise the newspaper's circulation to a million",- Oliviero Toscani said. Meanwhile, together with this newspaper "La Gazzetta dello Sport" produces a multivolume edition of the "Lectures on Photography", and wants to create the Vladimir Mayakovsky Club in the Italian parliament. 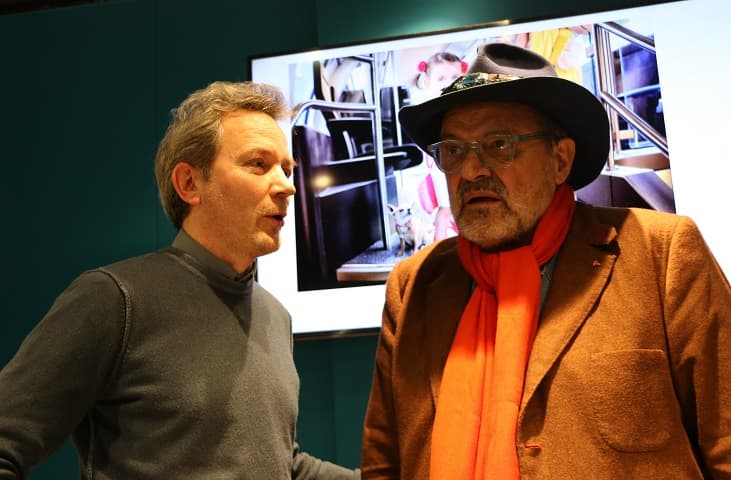 Of course, it can't be done nothing without culinary shows and cookbooks in Italy. They were attended by Carlo Cracco and Davide Oldani. A great gift for all ballet lovers was the performance of Roberto Bolle. He found time between performances in La Scala to attend the exhibition.

"We wanted this to be a book holiday, and so it was, we are very happy," said Ricardo Franco Levi, president of the Italian Association of Publishers (Associazione Italiana Editori). He said that the next year they want to keep the 5-day formula, and there will be an international women's day, which this year brought them good luck. And, indeed, the book holiday was a success.

The final phase of the 6th international contest of young readers "Living Classics" was held on March 24, in Milan, in the center of "Harmony". The goal of the contest is to develop the Russian language both among bilinguals living abroad and among foreigners. About 50 schoolchildren from Italy took part in it. 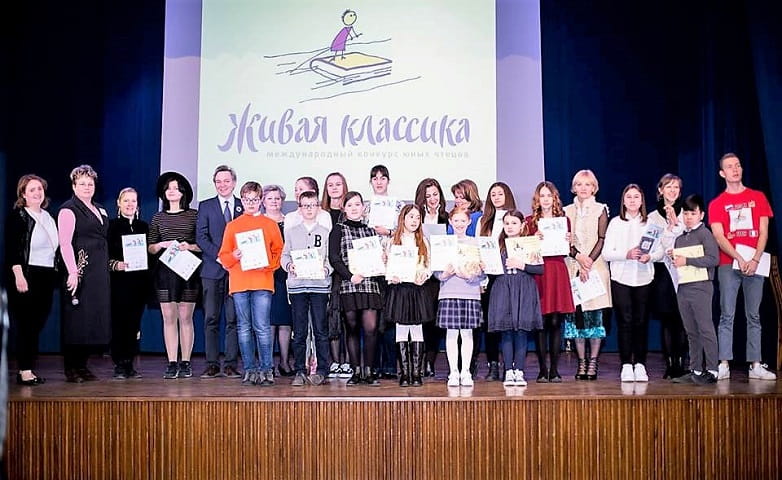 They read favorite excerpts from the Russian classics - and it turned into a real mini show of one actor. The winners were Anastasia Arosio (junior category), Valentine Ferrante (senior category) and Lucia Campana (in the category "Russian as a foreign language"). They will go to the world finals in Russia in May. 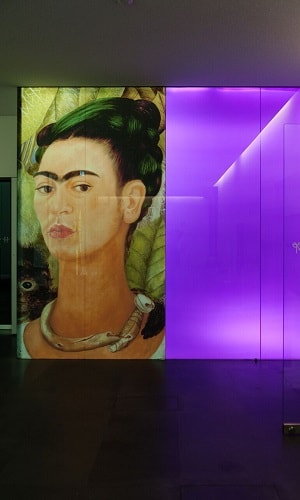 Frida - Beyond the Myth

The most anticipated exhibition of the year "Frida Kahlo. Beyond the myth"opened in Milan, it will last until June 3

Vologda lace exhibition is launched in the Swiss municipality of Pratteln