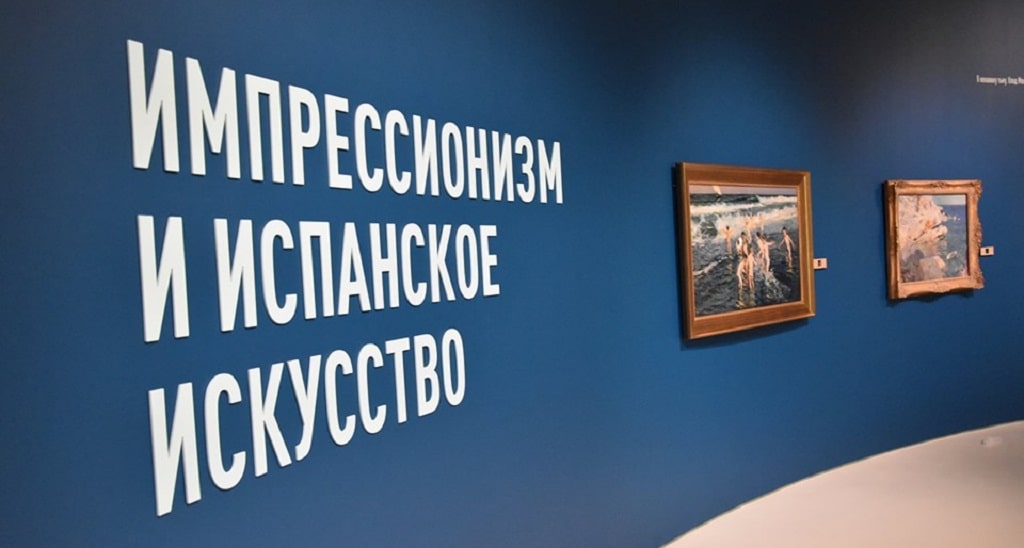 Yesterday, on October 9, press show of the new exhibition of the Museum of Russian Impressionism took place, dedicated to Spanish art of the late XIX - early XX centuries. The project, entitled “Impressionism and Spanish Art”, gathered under one roof six dozen fine examples of paintings, sculptures and drawings, collected in 14 museums in Spain and found in private collections. The exposition will open its doors to visitors today, October 10, and will end on January 26, 2020.

Spanish fine art of the indicated period is represented in Russia for the first time in such an impressive volume. The exhibition gives residents and guests of the capital a unique opportunity to get acquainted with the canvases of 18 Spanish painters at once. 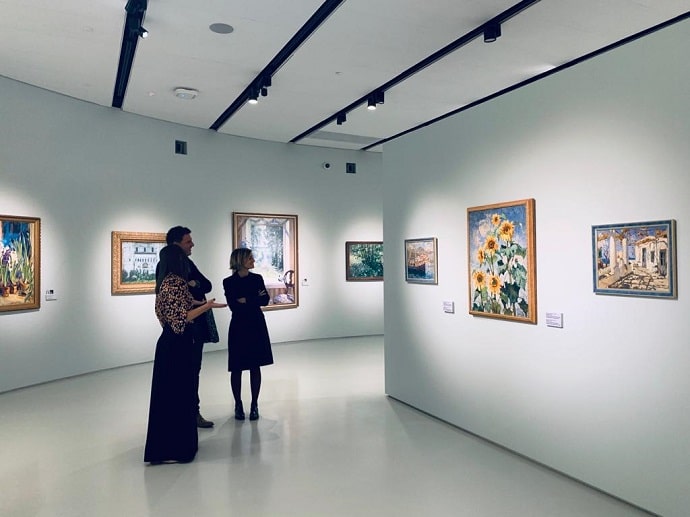 The paintings of 18 Spanish artists are presented, photo © vlv-mag.com

The work of Joaquin Sorolla, one of the most prominent representatives of Spanish impressionism, is represented in the project by several canvases at once. The main character of his paintings was the sunny coast of Valencia, where children frolic in the surf, and fishermen go out to sea under the snow-white sails.

The master surprisingly accurately reproduced the play of light - glare in the crown of trees, shadows in the folds of blue-white fabrics, the gleam of the skin of dark-skinned bodies in water ... This feature of the painting became the reason for Sorolla's reckoning with the direction of luminism - he painted naturally, using clear lines. However, with the impressionists he was related by the ease of the smear and the fantastic color and light rendering. 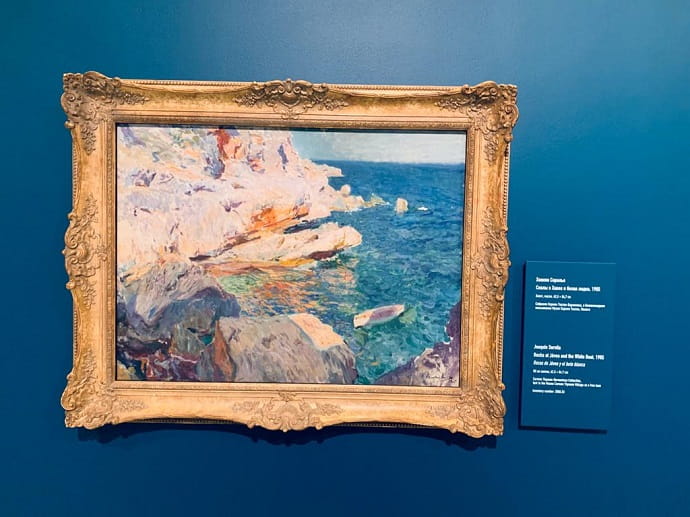 Joaquin Sorolla, "The Rocks of Javea and the White Boat", photo © vlv-mag.com

The development of impressionism in Europe was seriously affected by the close ties of French painters with the Spaniards. This is evidenced not only by fascinating stories, but also by artwork.

So, for example, the Spaniard Pere Vidal de Solares turned out to be the main character of Renoir’s famous canvas “Bal du moulin de la Galette” (“Ball at the Moulins de la Galette”) - he is the gentleman in light trousers dancing with the 16-year-old Margot Legrand, the favorite model of the author of the canvas. Among others, the opening exhibition will present one of the works of Pere Vidal. 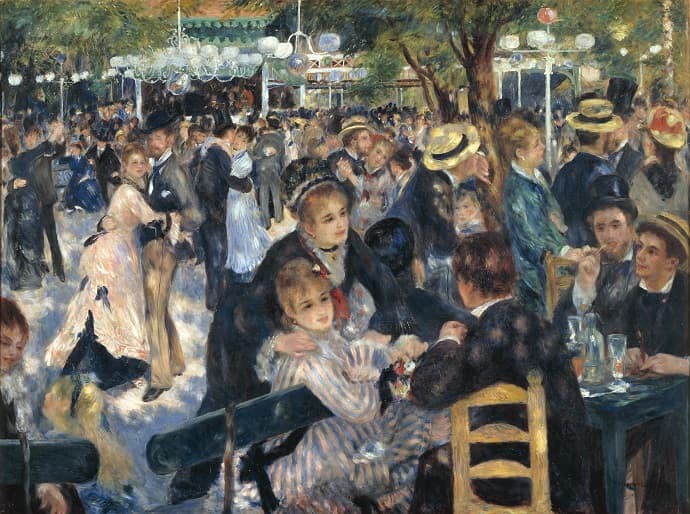 Two more artists from Spain, Ramon Casas and Santiago Rusiñol, briefly connected their fates with France. Having lived at the turn of the century for several years in Paris, they returned to the capital of Catalonia, where, by analogy with the French black cat cabaret, they created their own art cafe Four Cats. Later, Picasso made his debut in this creative space.

Ignacio Zuloaga is another painter from Spain who has gained fame not only in his homeland, but also far beyond its borders. In the last decade of the 19th century, he lived in the heart of Paris, on the Montmartre hill, made friends with the French representatives of the designated artistic movement and exhibited his works next to their canvases. However, the Spanish theme still dominated in the master’s work - architecture, fiery flamenco, gypsies, etc. 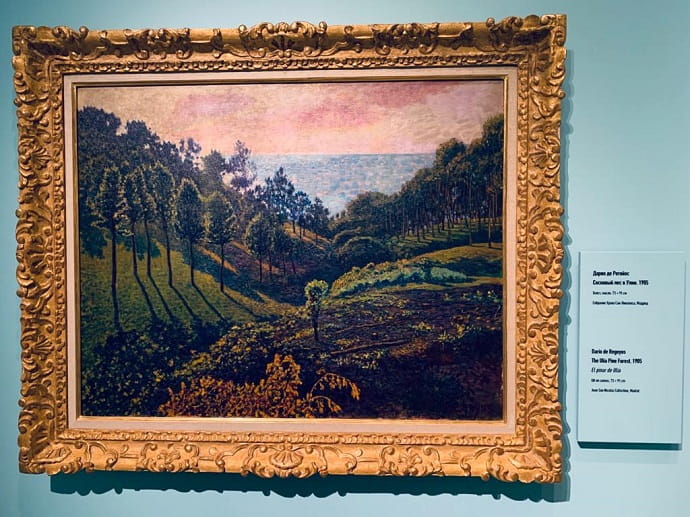 Thanks to the work of Ignacio, Europe, with the advent of the new century, remembered the work of the great El Greco and was generally interested in Spanish painting. It began to arouse keen interest in that period in the Russian Empire, where people close to art began to collect works of famous Spanish masters in their private collections. One of these enthusiastic collectors was Ivan Schukin.

Other Russian artists Followed the work of the Spanish impressionists. For example, Repin, among many others, singled out for himself the canvases of Mariano Fortuny, which conquered him with “unattainable grace of forms ... color and power of light”. The works of the same master were set as an example to his students by Pavel Chistyakov, they also inspired Polenov and Serov. Several canvases of the Spaniard can also be seen in the opening exhibition. 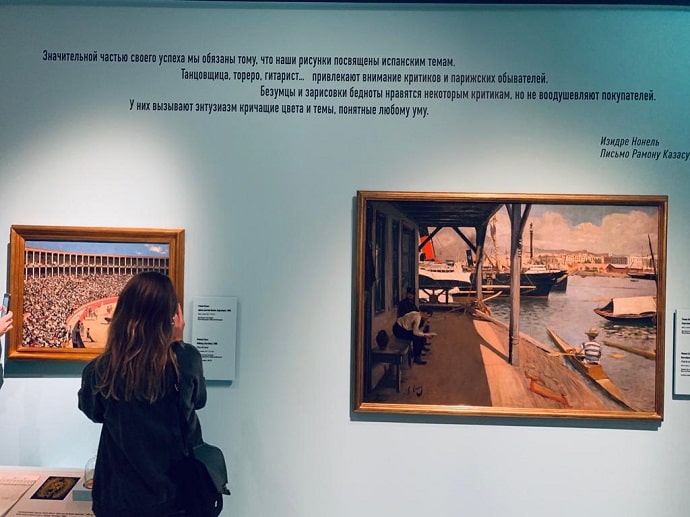 Among the works of painters, the exhibition will present a number of graphic and sculptural masterpieces by Ricardo Gino. At the beginning of the XX century, after studying at Montmartre, he worked on sculptures in the country house of Renoir.

For the exhibition in Moscow, 14 Spanish museums donated their exhibits. The exposition was supplemented by two canvases provided by the Pushkin State Museum of Fine Arts (Moscow). The project was made possible thanks to cooperation with the Aurea Cultura i Art Foundation and the Russian Embassy in Spain. The exposition is supervised by the Spanish art historian Francesc Fontbona.

The exhibition will be open for visitors from October 10, 2019 to January 26, 2020 at the Museum of Russian Impressionism