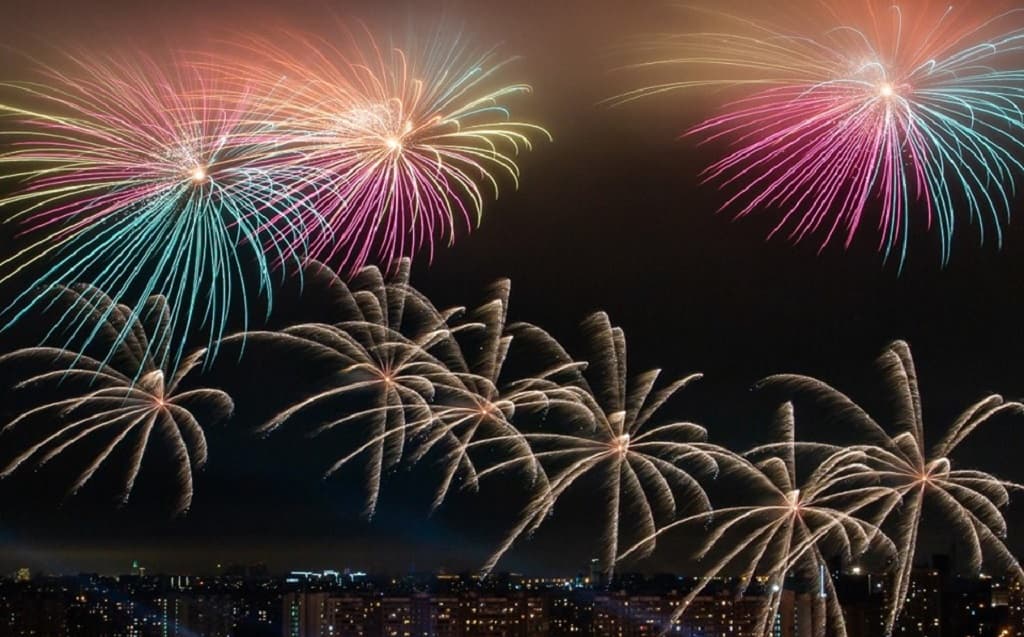 Pyro Fest 2019 was held in Brateevsky Park this weekend, organized by Rostec. After dark leading pyrotechnics from around the world fought for the right to be called the best, and during the day, a rich entertainment program awaited the guests of the holiday. This competition was the fifth in a row and this time was dedicated to His Majesty's Theater.

The Pyrotechnic Art Festival is an international project that was first organized in Moscow in 2015. Traditionally, eight teams take part in the competition program, and the winner of the previous season opens the event with a composition outside the competition. The performance of each team takes, on average, 12 minutes and consists of two parts. 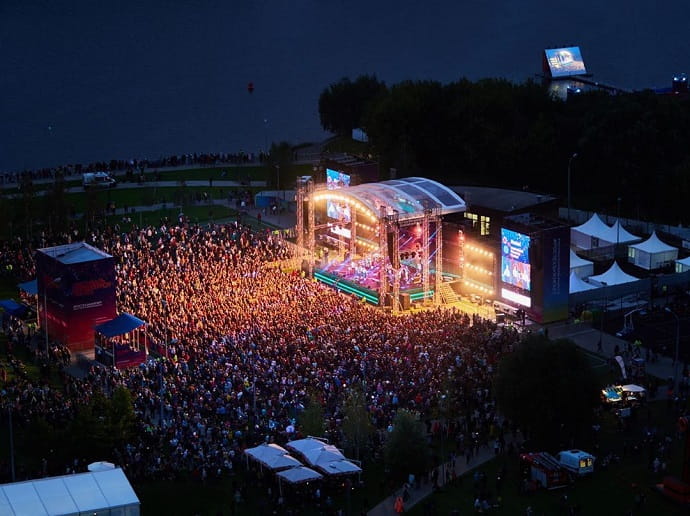 The first is a two-minute show - a fireworks show in the colors of the participating country's flag with national melodies. And the second is an arbitrary program on a given topic lasting up to eight minutes. In previous seasons, with lights in the sky over Moscow, teams “drew” stories from world cinema, stories about magic and more. This time the theme of the festival was the Theater. Especially for the show, its talisman was created - Zmey Gorynych, which was an installation on the theme of theater art.

The first evening surprised the guests with the performances of teams from Pakistan, Canada, Italy and Portugal, and on Sunday France, Argentina, Spain and the hostess of the event, Russia, showed their programs. The festival was opened by the show of a Slovenia team, which won last season. 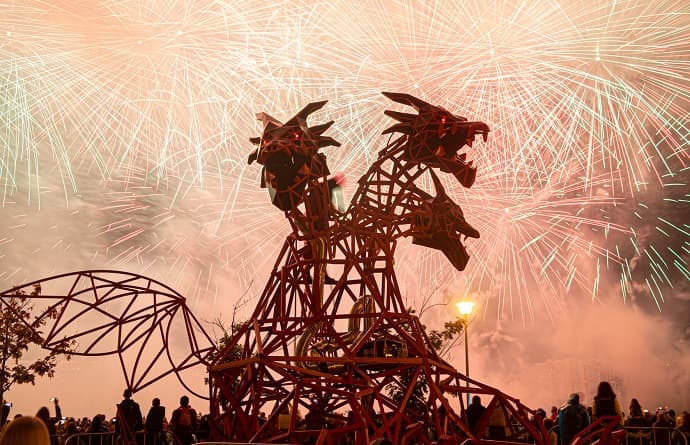 And according to the jury, the best show in 2019 was shown by pyrotechnics from Russia. The second and third places went to Portugal and Italy, respectively. The judges evaluated the composition according to many parameters - the integrity, synchronism of music, the uniqueness of pyrotechnic solutions and not only. However, the reaction of the public, better than any words, testified that all eight participating countries could boldly share the victory.

This time the amazingly beautiful show turned out to be technically even more advanced. The organizers used 30-meter towers with special equipment, used unique pyrotechnics with incredible effects, and staged a spectacular light show between the teams performance. More than 60 thousand salvos thundered in the general program, and more than 700 thousand people were at the Pyro Fest 2019. 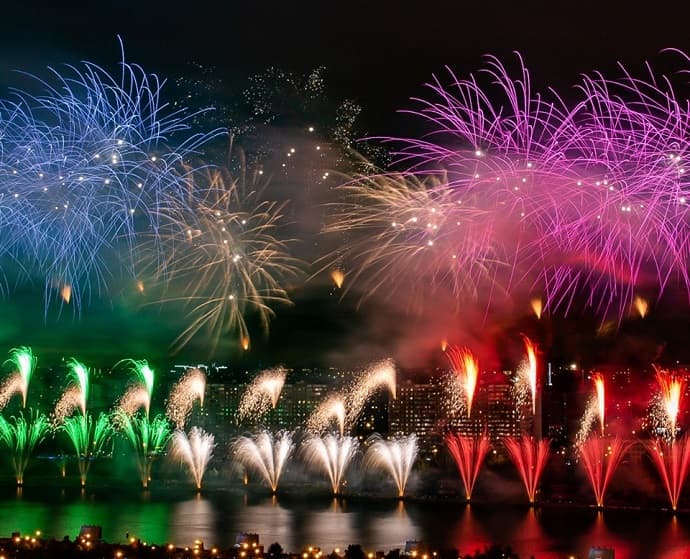 The main event of the festival was, of course, a firework show, but its stages were preceded by two days, full of entertainment. This weekend for Muscovites turned into real family holidays, filled with sports and creative events, master classes, concerts and more. Every year, Russian pop stars come to the festival. This year the stage was shared by the singers Elka and Yulianna Karaulova, as well as Dima Bilan and the group “Bravo”.

Before the performance, the townspeople also weren't bored. Food courts worked in the open air, were held fitness trainings in the style of zumba and fly yoga classes, mini-golf and basketball tournaments, swims in transparent zorb balls and more. During these two days, the park organized many exciting events for young visitors. 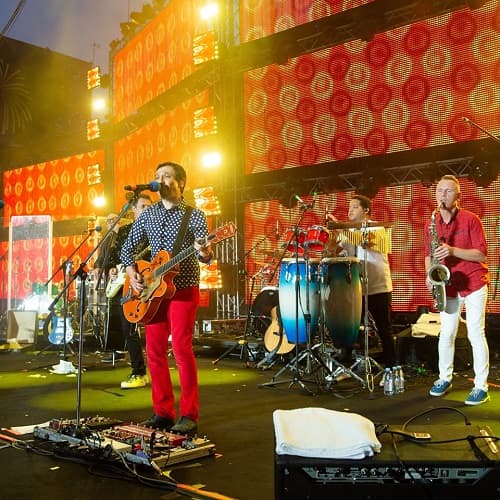 Special workshops on the Masterslavl stage introduced the kids to a variety of professions, the studio of Eralash magazine conducted a real casting, and for those who are not afraid of difficulties, professional instructors organized a series of nerfing games. A separate part of the program was a variety of master classes for participants of all ages.

Guests of the Pyro Fest 2019 learned the history of Japanese theater and how to make curly masks, created a table theater with mini decorations, got acquainted with the technique of making paper wigs and even came up with their own performance. Unfortunately, the holiday ended, but left behind only the best impressions and emotions. See you next year! 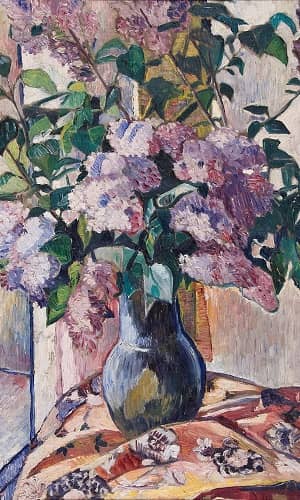 Impressionism in the Avant-garde 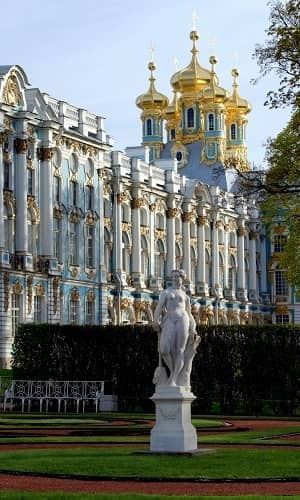 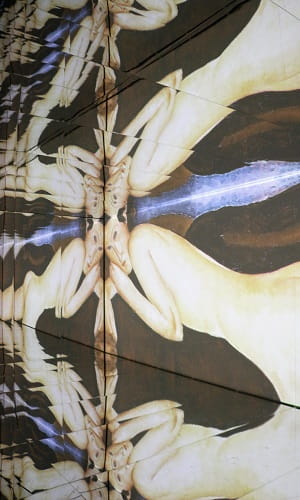 Modigliani in the 21st century

Digital exhibition of Amedeo Modigliani is opened in Milan