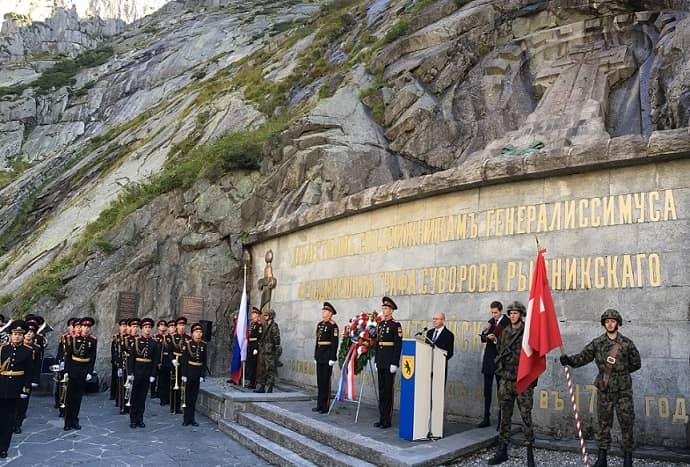 In the central part of the Swiss Alps near the St. Gotthard mountain pass lies Schollenen Gorge, where a 12-meter cross is cut into a rock. This monument was erected in memory of A.V. Suvorov’s brothers-in-arms who perished during the epoch-making march across the Alps in 1799.

Almost 10 years ago, on September 28th, 2007 a 1:25 miniaturized model of Suvorov Cross was installed in the Swissminiatur exhibitioncomplex located in the town of Melide (Canton of Ticino). This model is not the only monument here dedicated to the epoch-making Suvorov’s expedition. The park harbors another two models: the generalissimo’s house in the town of Elm and the statue of the commander crossing an alpine pass.

The models remind of the deep historical bonds between Russia and Switzerland and this fact instigates the genuine interest among those who come to the park. Domonique Vigner, Director of the complex, says that Suvorov Cross is not merely a tribute to the soldiers who fell in the Alps. “Who knows, perhaps today Switzerland would be a part of France if not for the heroic march of the Russian army”, ― he thinks. 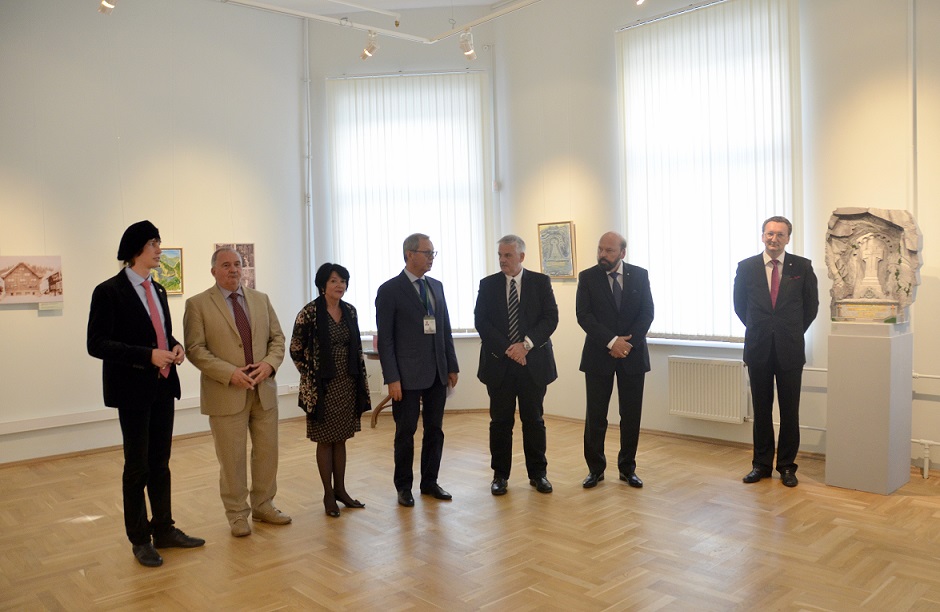 2014 was marked by an anniversary ― Russia and Switzerland celebrated 200 years of mutual diplomatic relations. The Swissminiatur museum took an active part in festivities devoted to this remarkable date. It is when the idea was born to bring the miniature memorial cross to the commander’s motherland. The museum administration decided to make the model and deliver it to Russia. In 2014 it was also 285 years since A.V. Suvorov had been born.  To commemorate this date, the Swiss Sen-Gotthard museum, located at the historical alpine pass, launched “Following Suvorov’s footsteps in Switzerland” exhibition of paintings by Alex Doll, a Swiss artist of Russian origin.

Once the exposition was over, Doll’s works and the copy of the Alpine Cross were sent into a tour across Switzerland and Russia. The exhibitions also featured photographs from “Suvorov Collection” which was once in possession of V.P. Engelgardt and now belong to A.V. Suvorov State Memorial Museum (Saint Petersburg). The exhibition passed through many Swiss towns, Moscow, St. Petersburg, Vologda, Borovichi, Orenburg, and Ekaterinburg. The works were also exhibited in the village of Konchanskoe, the starting point of the great war-leader’s Italian and Swiss expedition. 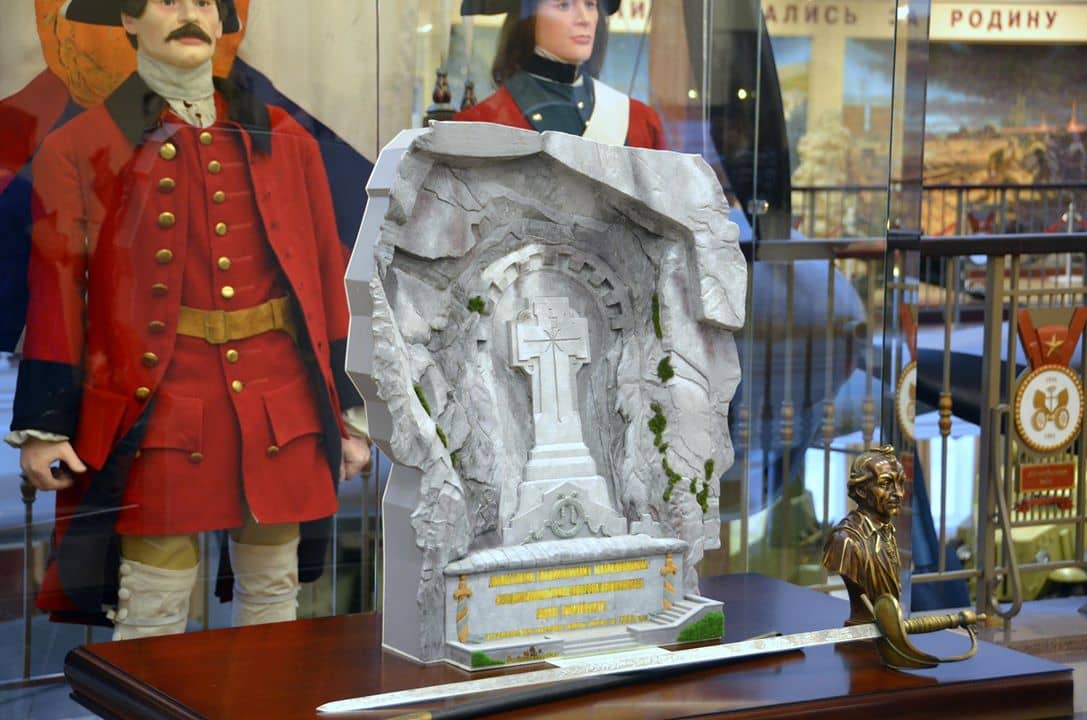 In spring, 2015, the Canton of Ticino representatives made an official visit to Ekaterinburg. In the town of Verkhnyaya Pyshma Domonique Vigner, Director of the Swiss museum personally presented a miniature copy of the Alpine Cross to the Battle Glory of the Urals museum of military vehicles.

The Swiss admire A.V. Suvorov’s military genius. During the Alpine March, the Russian army managed to cross more than 200 km of mountain terrain in a mere 17 days through constant rain and snow. The soldiers towed heavy artillery, suffered from lack of rations and had to fend off incessant enemy attacks. But still, they kept pushing on. In one hundred years after the event, Prince S.M. Golitsyn erected a monumental cross in the mountains to commemorate the feat of Suvorov’s army. 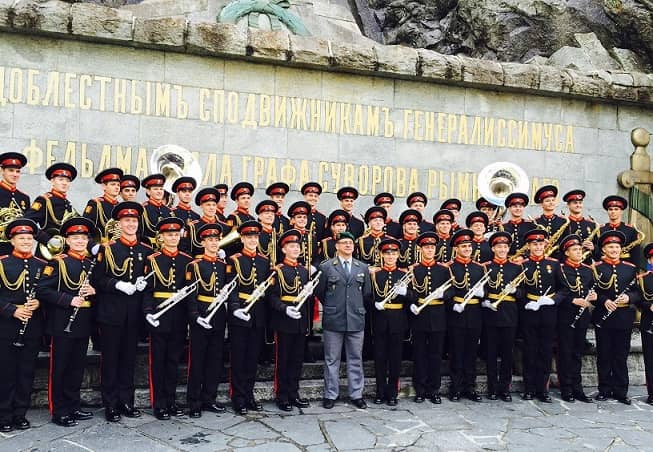 “To the valiant fellow fighters of Generalissimo Field Marshal Suvorov, Count of Rymnik, Prince of Italy, who perished during the Alp crossing in 1799” – reads the inscription of the base of the monument. Now, not far from this place in late September year after year the solemn events are held — “Suvorov Days”. They are organized by the Embassy of the Russian Federation in Switzerland jointly with Swiss governmental officials.