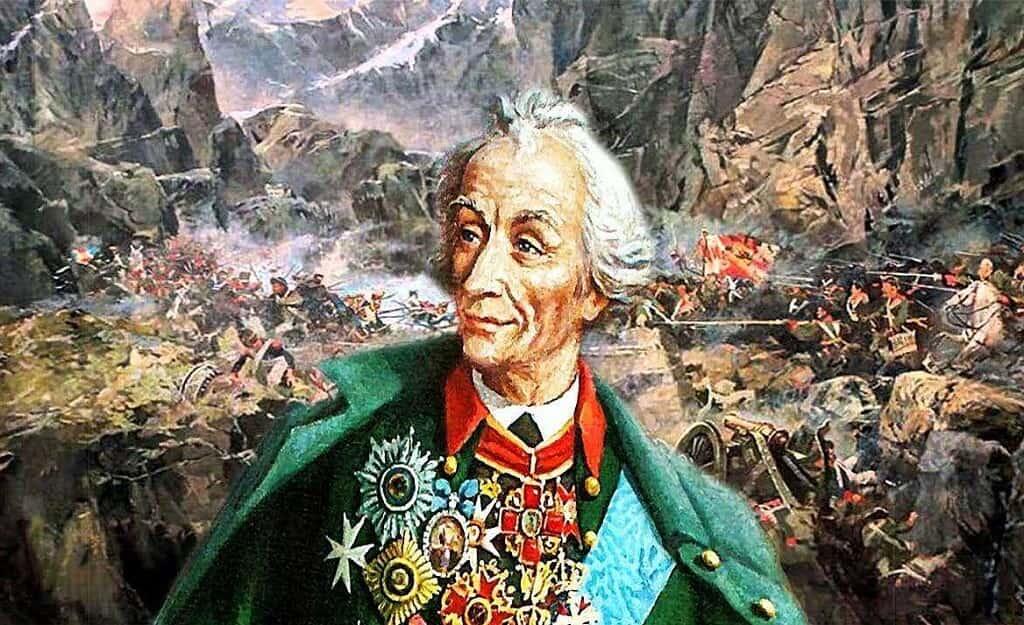 In 1799, Field Marshal Alexander Vasilievich Suvorov liberated Northern Italy in four months, and then transferred Russian troops through the Alpine Mountains to Switzerland. For 16 days, the soldiers, continuously participating in the battles, overcame 300 km of track along the highlands and did not suffer a single defeat. The military campaigns of Suvorov were heroic, and for his feat, for saving the army in difficult conditions, the commander was awarded the title of Generalissimo. 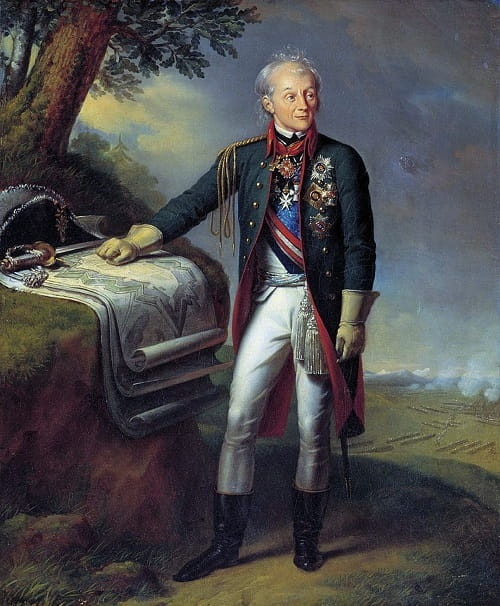 Under Catherine II, the Russian Empire was an ally of England, Prussia and Austria in the struggle against France. Replacing the great empress on the throne, Paul I pursued a policy of non-intervention, though only until Napoleon captured Malta, which was under his personal protection. The emperor could not ignore such a “slap in the face”, and soon the Allies created a second anti-French bloc. The coalition determined the return of France to the pre-war borders as its goal, and in 1799 Russia initiated the Italian and Swiss campaigns of Alexander Suvorov to solve the task, among other military projects.

The army of Alexander Vasilievich set off for Italy on April 7 (18), completing 28 miles each day, and nine days later reached the Adda River. Here, in a major battle, the French troops were defeated. A day later, Milan was liberated, a month later - Turin, and so, crowding the enemy, the Russian troops defeated the remains of his army near Novi. The Italian campaign of Suvorov in 1799 ended in absolute victory. 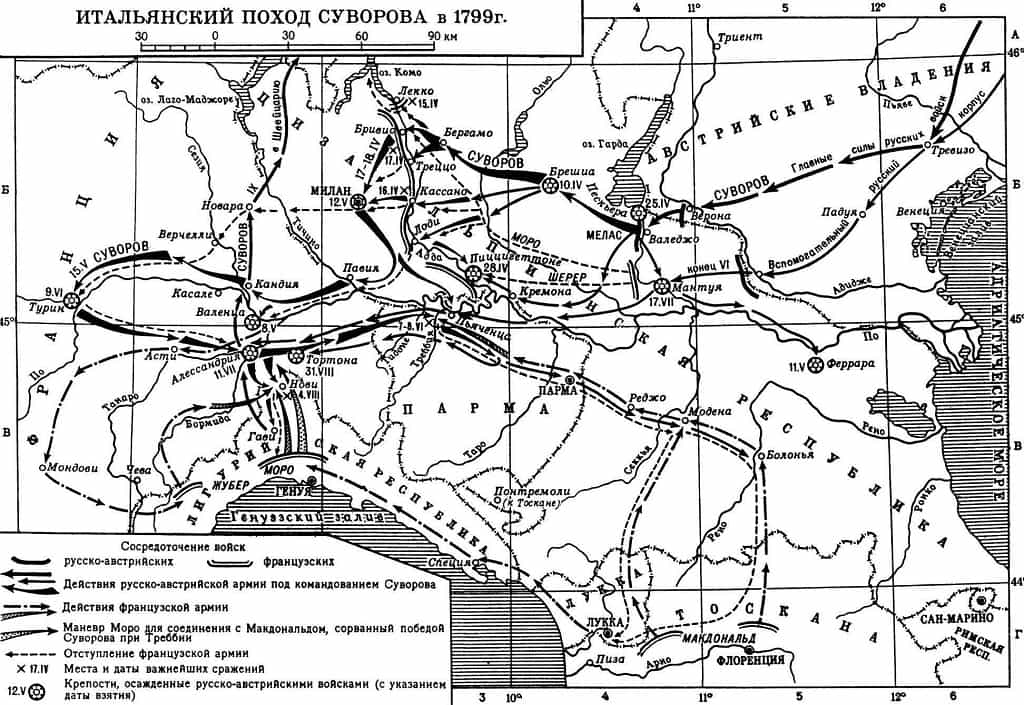 The Italian campaign of Suvorov in 1799, photo WEB

The future generalissimo took four months for the liberation of Northern Italy, professionalism, with the help of charisma and authority, after which the soldiers unquestioningly went into battle, exhausted by a long road, and often in a deliberately losing position. General J.V. Moro, the main opponent of Alexander Vasilyevich in the Italian company, later said about his actions: "C’est le sublime de l’art militaire" - "This is the pinnacle of military art." For the success of the trip to Italy, Suvorov received the title Prince of Italy.

After short respite, Russian troops again went into battle. Their victory revealed the true goals of the Austrians who wished to take possession of the liberated Italian lands, and therefore our army turned to Switzerland. Alexander Vasilyevich chose the shortest, but also the most dangerous path - through the St. Gotthard pass. So, the Alpine campaign of Suvorov began on September 10 (21). 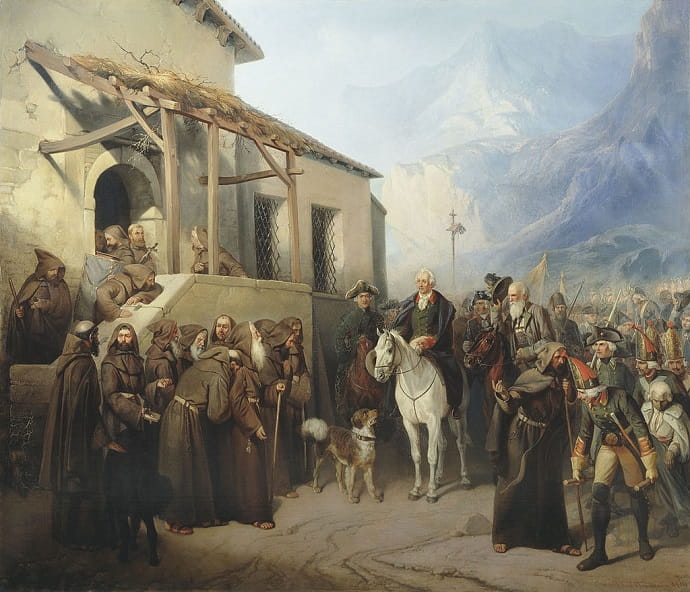 By this time, the Alps had already fettered by winter. The passes turned into impregnable ice outposts, the mountain paths were covered with a half-meter layer of snow, and because of snowstorms the soldiers could not see beyond their own nose. In such conditions, they went to the pass, where they encountered the French. However, under the onslaught of the Russians, they retreated to the village - Saint-Gotthard was taken.

Fearing that the enemy would be strengthened, the military leader began the persecution, which soon led troops to the Devil's Bridge. At this point, the Reus River was a stormy stream, cut off by a 60-meter waterfall, and, retreating, the French dismantled part of the bridge that was thrown over the abyss at an altitude of 23 meters. The Russians didn’t stop this obstacle - after dismantling the shed, they tied the logs with scarves, and this shaky flooring was thrown over the breach. Soon, the demoralized French army was crushed. 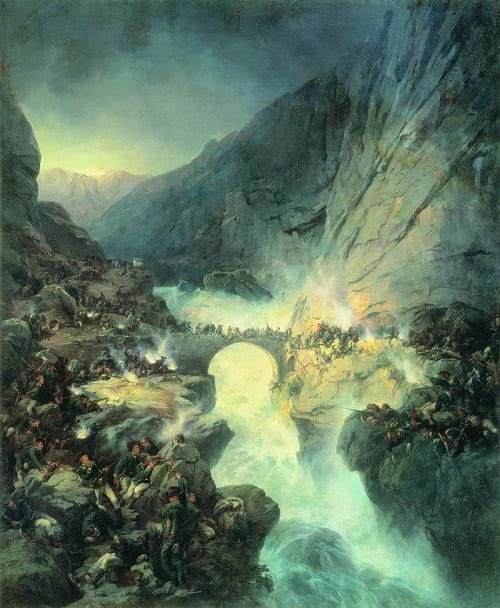 Already on September 29, Suvorov’s campaign through the Alps led the Russian army to Mutenskaya Valley, where it was surrounded. The upcoming battle promised to be the last for the exhausted warriors who did not receive the expected help from the allies ... "We are standing on the edge of the abyss. But we are Russians! God is with us! ”, Alexander Vasilievich said parting words, and on October 1, 14 thousand tired but not broken soldiers accepted a desperate attempt to advance on the 24-thousandth building of Andre Massen.

The onslaught of the Russians was crushing - having lost 700 people, they destroyed from three to six thousand Frenchmen and captured more than a thousand. Now they had only to overcome the impregnable Panix pass with a height of 2.4 km. Here, moving in a fog on a ledge over a precipice, the Russians froze to death under a heavy wind, fell into the abyss and left guns in it, but nevertheless reached the city of Chur, where their mission finally ended.

Suvorov’s Swiss campaign was carried out in inhuman conditions, but the deadly gorges, snowfalls, negligence of the Austrians and the environment did not undermine the morale of the army. Alexander Suvorov’s campaign in the Alps turned out to be unprecedented - no one else committed this suicidal feat in the winter. This year, Switzerland celebrates 220 years of Suvorov’s campaign, and many interesting events are worth visiting. 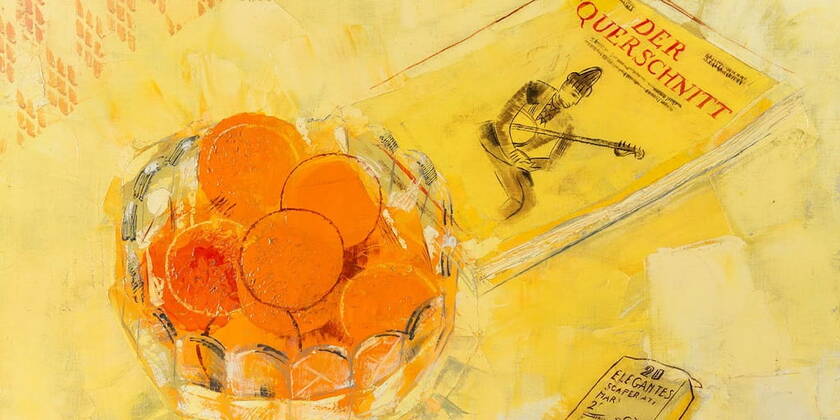 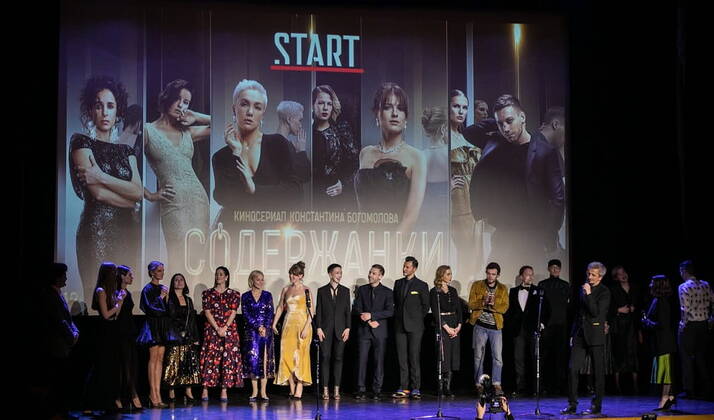