The Venice Biennale, one of the most prestigious international art forums, started in spring. Since the end of the 19th century, this exhibition, as the name implies, has been held every two years, and the current one has already become the 58th in a row. Each season is held under a new motto, and this year it united 79 artists from different countries with the theme “May you live in interesting times” - “So that you live in an era of change”. National pavilions opened on May 11 and are available for viewing until November 24.

At all times, art reflects reality, and Ralph Rugoff, curator of the biennale and author of its motto, says: “This year we are exhibiting not just installations, but today’s day, which does not appear from nowhere, but is a continuation of the world's history. It’s not yet clear where it will lead us, but this exhibition is a lively reaction of artists to events taking place around. ” A description of all the submitted works would take dozens of pages, but it is worthwhile to dwell on separate installations. 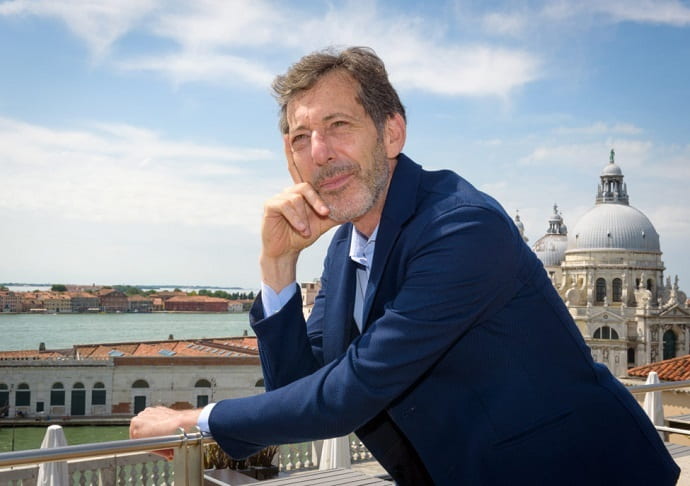 So, the Golden Lion for the best national participation of the 58th Venice Biennale 2019 was presented to Lithuania, which presented the ecological opera “The Sun and the Sea (Marina)” to the audience. In the project of R. Barzcukaite, 20 vocalists depict people relaxing on the beach - having spread their towels, at noon they start the story.

Monologues about the problems of their own and global soon merge into a many-voiced choir, which tells about the crises of modern society in a way "like a pop song on the last day on Earth." The audience watches the action from the platform above, evaluating what is happening "from the position of the sun." It is noteworthy that anyone who can fill out an application on the website in advance can participate in the performance. 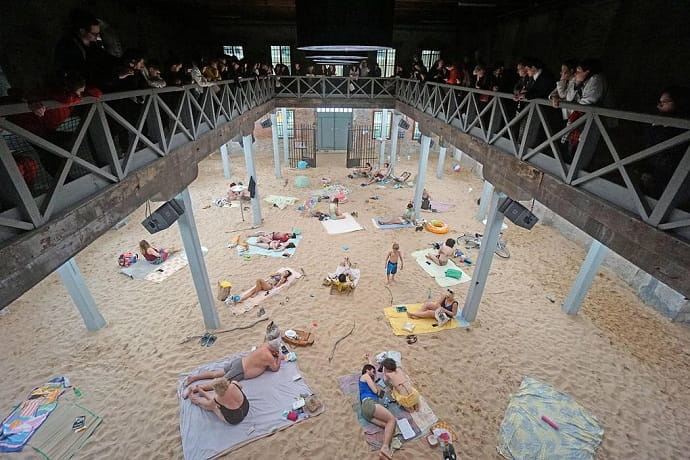 Another catchy installation is Can’t Help Myself, which features a creative duo from China, S. Yuan and P. Yu. The robot they created is closed in a huge aquarium, where before the eyes of the public, not stopping for a second, is trying to remove a huge pool of blood from the floor around it.

Being able to perform 32 different actions, he, spraying drops on the walls, makes new attempts to cope with the task. But there is too much blood, and all of them are in vain ... According to the authors, the installation encourages society to think about the emerging competition between artificial intelligence and people. 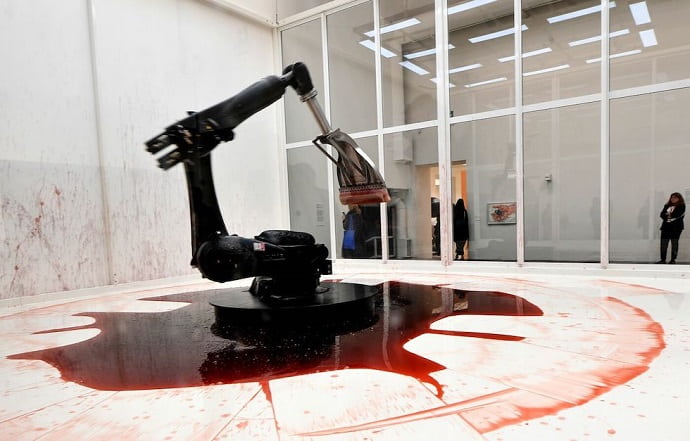 But the American filmmaker Arthur Jafa received the Golden Lion as the best artist of the current biennale for reflecting the problem of relationships between people with different skin colors. His feature film "The White Album" is woven from episodes of amateur filming, television shows, videos that raise racial issues. As a black man, Jafa presents his own vision of the influence of white people on history and racial issues. 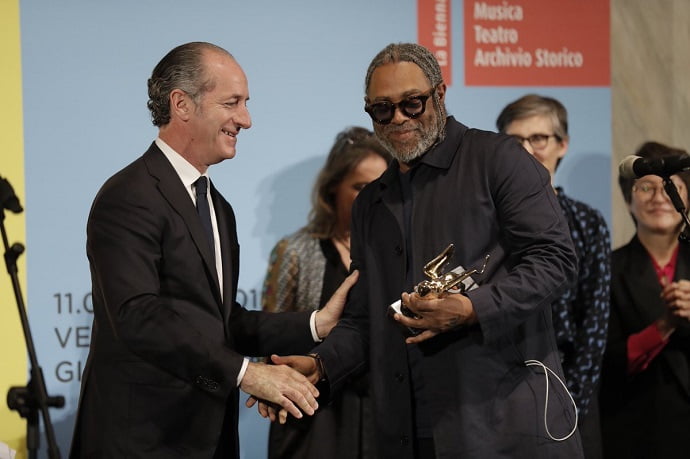 At the same time, on a different stage with the project “Barca nostra” (“Our boat”), an artist of Swiss-Icelandic origin K. Büchel drew public attention to the problems of refugees. He brought to the forum the rusty remains of a sunken fishing boat that was traveling from Libya four years ago. On board, which is designed for one and a half dozen people, 800 illegal passengers sailed. 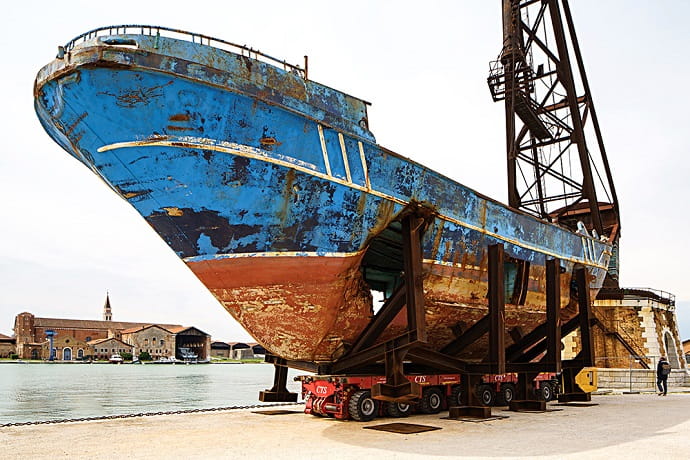 The Russian pavilion of the Venice Biennale of Contemporary Art 2019 this time caused mixed reviews. For the first time supervised by the Hermitage, he entered the top five, according to the Financial Times, and the worst, according to The Art Newspaper ... Anyway, the project “Lc.15: 11-32” was placed in the gardens of Giardini on two levels of the national pavilion who presented a bold interpretation of the Flemish school painters, including Rembrandt’s canvas “The Return of the Prodigal Son”. The Hermitage not only oversaw the creation of the Russian pavilion at the Venice Biennale 2019, but also became its theme. 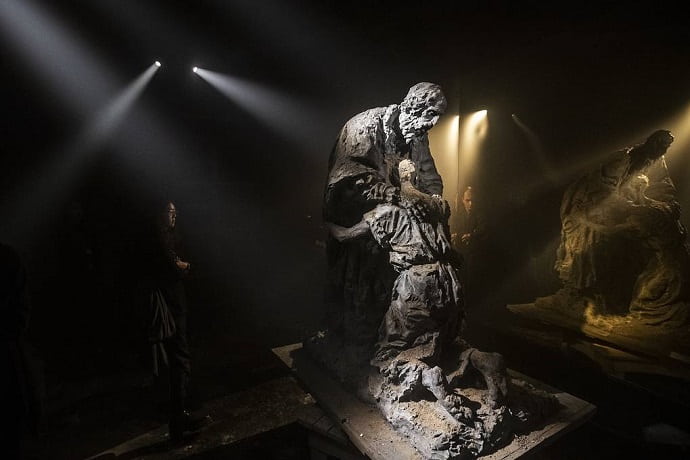 Fragment of the Alexander Sokurov instalation in the Russian Pavilion, photo © EPA-EFE/Marton Monus

“A museum is a living creature that can accept and reject, do evil and good ...It chose as the creators of this story those ... who managed to convey its main features - temple, spirituality, fascination, ”the graffiti of the improvised museum hall reported. It is not too late to form your own opinion about the Russian pavilion at the Venice Biennale - like the others, it is open for visitors almost until the end of November.