British singer and composer Adele was born in the Northern London, Tottenham on May 5th, 1988. Her full name is Adele Laurie Blue Adkins. Her parents, mother – Penny Adkins, an Englishwoman and father – a Welshman Mark Evans, were not official married. When Adele was three years old, her father left family forever. Her mother and grandfather took care of the girl ― they instilled the love for music and desire to sing.

The Northern London district where Adele lived was not a thriving one. It was the place of migrants and the poor. All her classmates were dark-skinned. Maybe it influenced Adele’s musical preferences: she was curious about soul and jazz. Her favorite singers were a pop-star Dusty Springfield and an American blues and R&B singer Etta James. Later she took fancy in Spice Girls, who were popular at the time. They influenced her own creations and ignited the dream to conquer British concert halls. 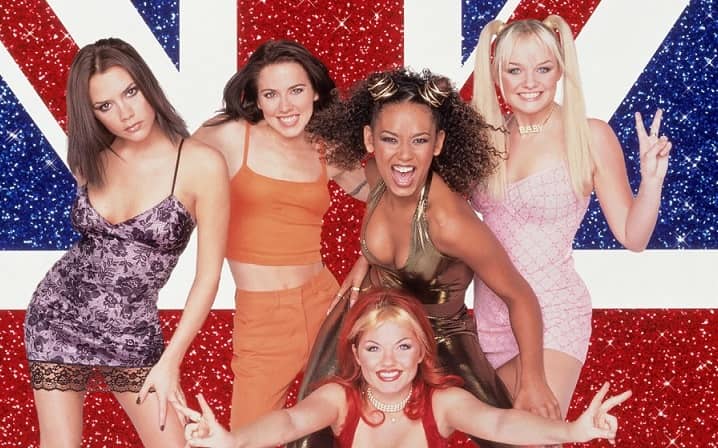 In her childhood and youth, Adele wasn’t very self-confident and was too shy to sing at school concerts due to her excess weight. However, her strong voice, wide vocal range and ability to cope with complex notes served as significant arguments for appearing on stage. Everyone was literally transfixed with Adele’s voice and her vocal skill. The first composition for Adele to perform on a school event was ”Rise”, an old hit from Gabrielle’s repertoire. The performance overwhelmed the attending classmates, teachers and parents; the child was awash with applause.

Thus came the decision to enroll into a prestigious London school of vocal art and technologies BRIT in Croydon. It was easy for Adele to pass all the screening tours and enter the creative environment, previously experienced by such stars as Leona Louis, Jessy Jay, Katie Melua and Amy Winehouse. The girl was fully engrossed in musical art; she composed melodies and texts, studied vocal art. 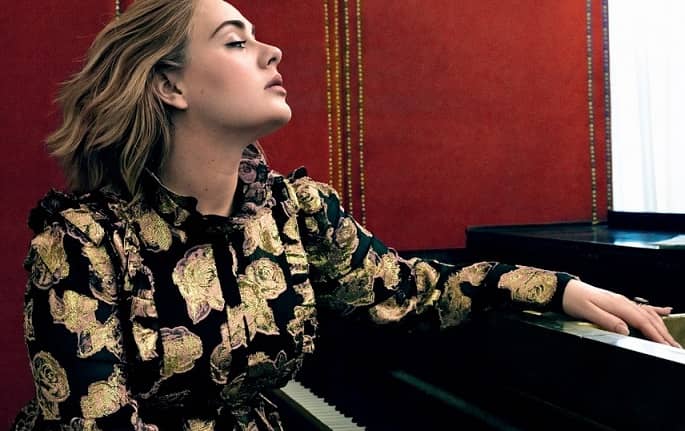 The initial recognition came to Adele after her demos were published on the internet. Her friend, a musician Jack Penate uploaded a portion of her songs to MySpace. The songs became increasingly popular and the composer/performer was assaulted by numerous job offers. Adele didn’t take contract offers seriously ― companies like Island and XL weren’t widely known at the time. 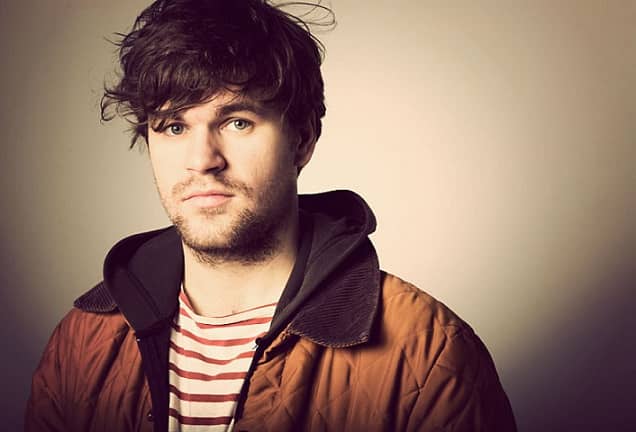 Her friend, a musician Jack Penate uploaded a portion of her songs to MySpace, photo WEB

But when a contract with the recording label was eventually concluded, the singer got a personal agent and her career soared. Her debut composition “Hometown Glory” about Tottenham, where she lived, became a number one hit on iTunes and was even nominated for Grammy. And the singer won her first music award - Brit Awards Critics' Choice Award. Then her debut album ”19” was released; it topped the British charts. Later the album made it to 500 copies and was recognized as Platinum. Interestingly, the titles of all the singer’s albums designate the age when the included hits were created. 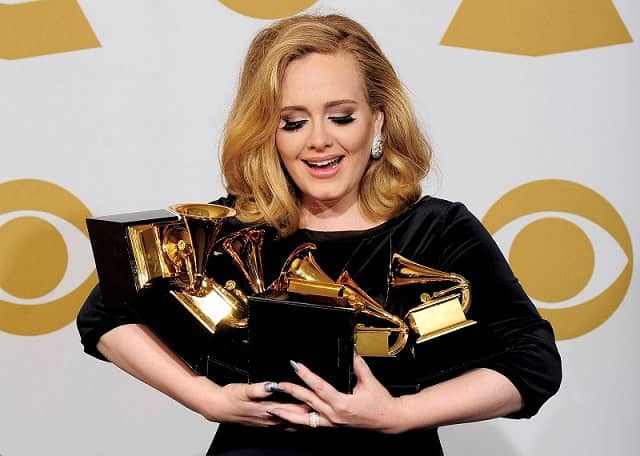 In 2015 Adele released her third album “25”, which won 5 Grammy awards out of 5 nominations, photo WEB

In spring 2008 Adele toured the USA and Canada with her first album. The success of the disc was so amazing that it made it to the 10th position of American charts. In 2011 she recorded her second album ― “21” ― which topped Billboard 200. It hits ”Rolling in the Deep” and “Someone Like You” appeared on the top positions of the national British chart. The success of two Adele’s albums and singles beat the record set by the Liverpool Four The Beatles in 1964.

In 2011 Adele met her beloved Simon Konecki, who owned one of the largest investment holdings. They were not officially married, but showed great respect and tenderness for each other. In a year, their son Angelo James was born. 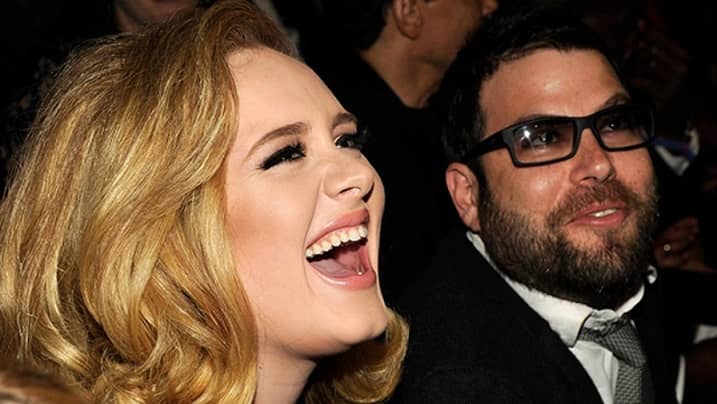 Adele continued to work, create and win awards. In 2012 her “Skyfall” written for the James Bond film of the same name won an Oscar. In 2015 the celebrity released her third album “25” with its hits winning 5 Grammy Awards out of 5 nominations. The latest album includes 11 songs, while “Hello” became the disc’s specialty.

The singer doesn’t plan for tours anywhere soon. She doesn’t like touring and her son Angelo is going to school this year. This family event leaves no opportunities for long trips.

Today Adele’s name is known in every point of the globe. It is associated with the image of original, vivid, British woman with a deep and emotional voice. Adele is called a modern successor of traditional blues and soul.