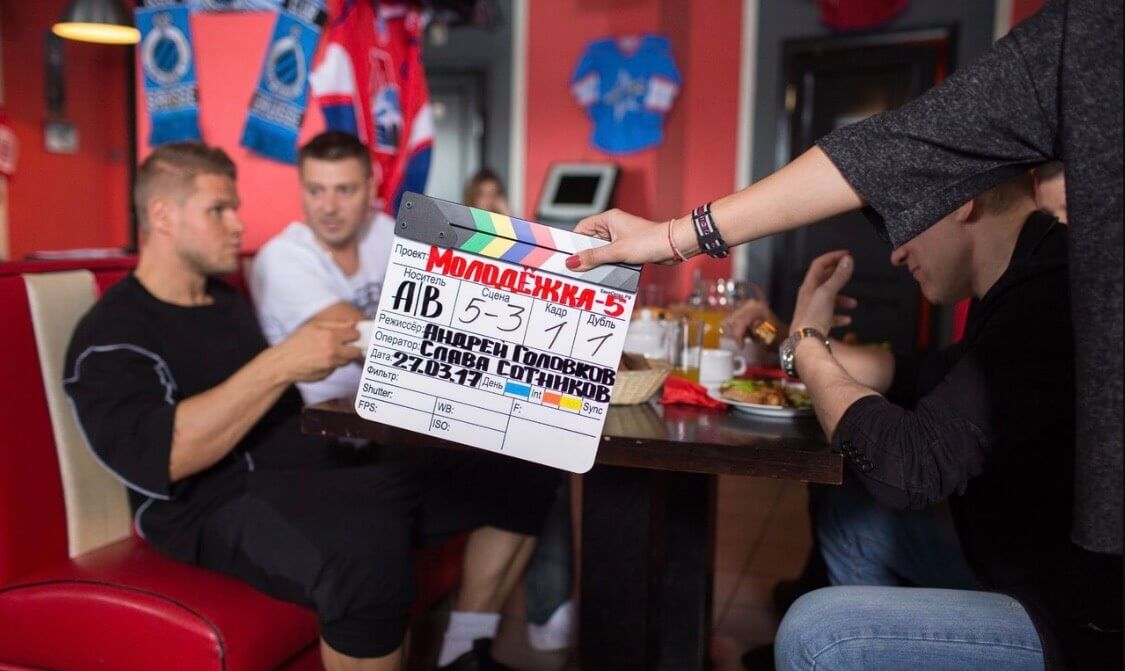 Waiting for the fifth season of Molodezhka TV series

Molodezhka (The Junior Team) is a Russian TV series revealing the history of The Bears junior hockey team from a small town of Moscow region. The new coach Sergey Makeev ― a former NHL player who abandoned his sports career after a serious knee trauma ― faces a task to make The Bears champions. The task turns out to be difficult, as the players don’t feel like integral parts of the whole: each of them has activities, family, personal life and studies of their own. Machinations within the federation also play a major role. This multi-plot series teaches young people teamwork, mutual help and ability to achieve victory despite any circumstances.

The TV series debuted on the STS channel in 2013. Four seasons have been broadcasted so far and the long-awaited fifth season is expected this autumn.

In the fourth season, The Bears are complemented by a new forward Ilya Berezin played by Pyotr Kovrizhnykh. He is an ambitious gifted sportsman, who knows his worth, has a personal agent and feels very confident. At that, he indulges in gambling and tends to make questionable deals on the side. He joins the club along with his “dark past”. The head of the regional hockey federation is aware of Ilya’s shortcomings he covers up for these activities. In return, the hockey player is forced to reports everything happening in the team. 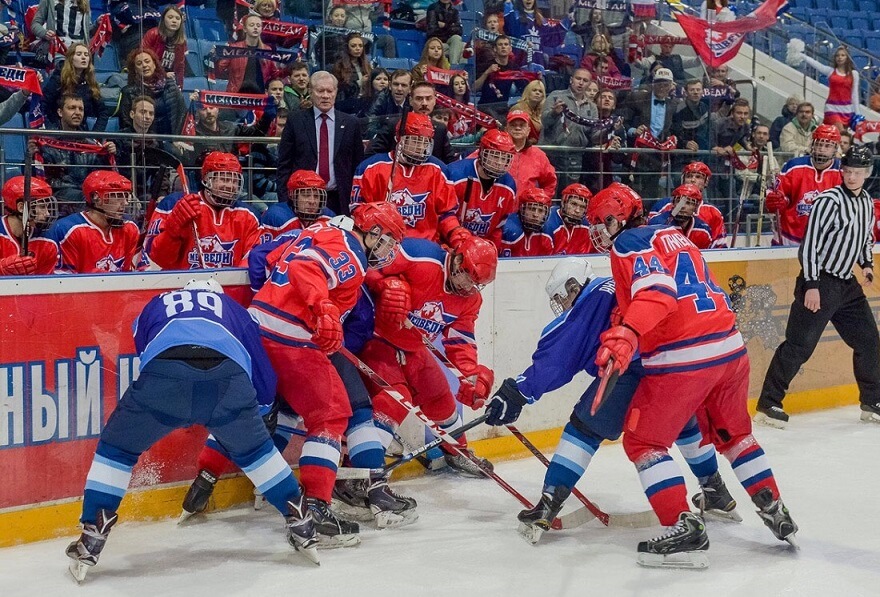 - Pyotr, how did they choose you for the role?

- They chose me through a casting: I received the material, learned it by heart and performed as I saw fit. I came to the casting and probably satisfied the producers ― they accepted me.

- What is your personal attitude towards your character?

My character is Ilya Berezin. I pity my character as he finds himself in unpleasant and dangerous situations; his actions are not very clever. If he controlled his passions, he would be able to avoid the troubles. You must think a hundred of times before gambling and putting money at stake. Gambling is not my cup of tea, but the fact that he loves his work as a hockey player and tries to be the best ― I like it very much in my character and we are similar in this respect. 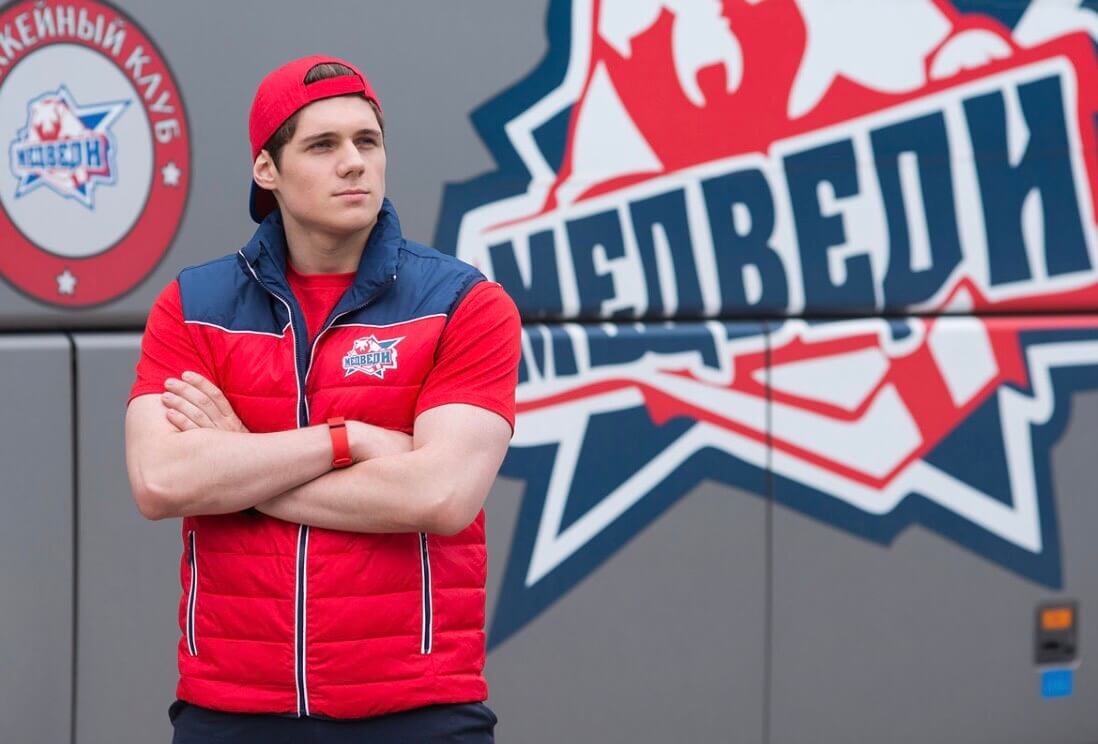 In the fourth season The Bears are complemented with a new forward Ilya Berezin played by Pyotr Kovrizhnykh, photo WEB

- What changed in your life after you were filmed in the series?

After I was filmed in the series, many things changed: I learned to skate better; I got more followers on the Instagram, more friends. As for profession, I obtained a plenty of new connections, I found out much about acting and the movie industry.

- Pyotr, did you become more experienced while playing in the series? If yes, how?

Talking about experience, I’ve learned many useful things: firstly, communication skills within a large team ― I was never filmed as part of such an enormous shooting crew before. I’ve become more apt at learning texts: there are many actions a day so you have to learn texts very-very quickly. That’s a very valuable skill; now I can learn a couple of A4 pages in several minutes!

- Your brightest impressions during shooting?

Brightest impressions? Firstly, during the first take on skates I got a bit nervous and forgot how to slow down. After the “Action!” command I had to skate to the brink close to my friend Andrey Pynzaru. I got distracted somehow and bumped into him. An uncontrollable burst of laughter followed ― all the shooting crew were laughing their heads off.  There were very-very many funny moments, especially on ice. 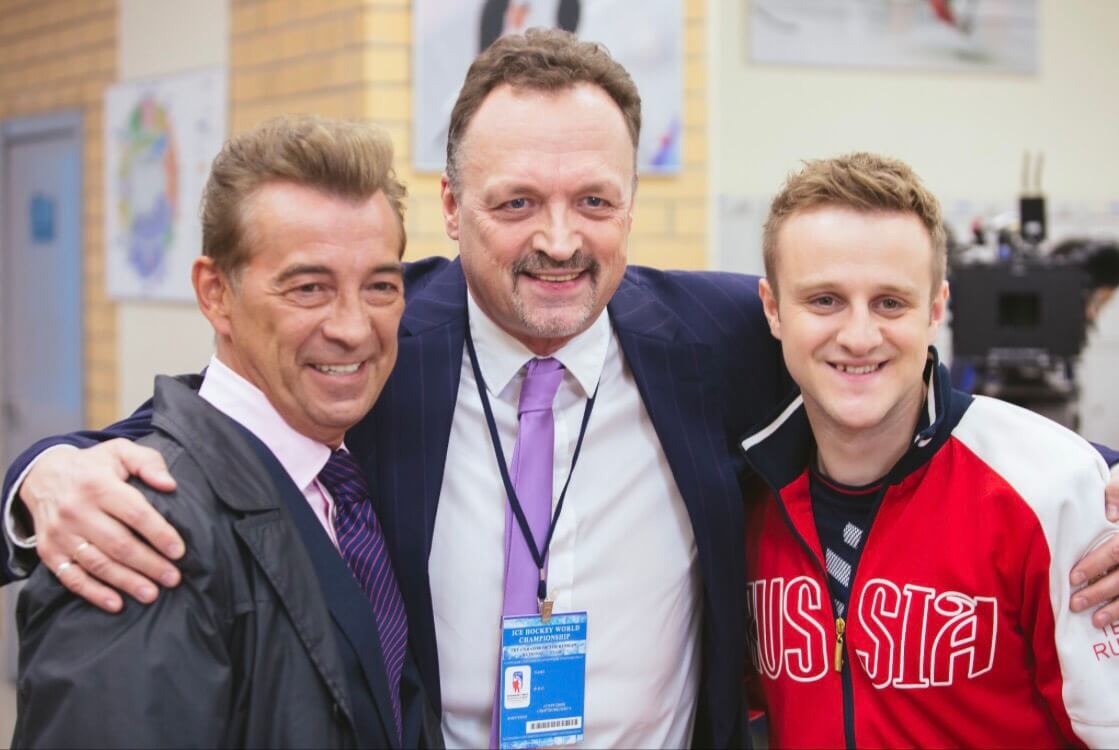 - Creative plans for the future?

To work! I love my job, so all my future plans are work-related. My favorite occupation is to be filmed, to do voicework and take part in all the aspects of my acting.

- Why have you become an actor?

An actor ― because since the childhood I’ve been growing up surrounded by actors. I was born in a dorm for actors; I grew up there and in a theater, while my parents still lived in shared flats. My father is an actor and ― I don’t even know if there was a choice ― I’ve always wanted to do the same; it has always been interesting for me.

- What do you think about the Stanislavski method?