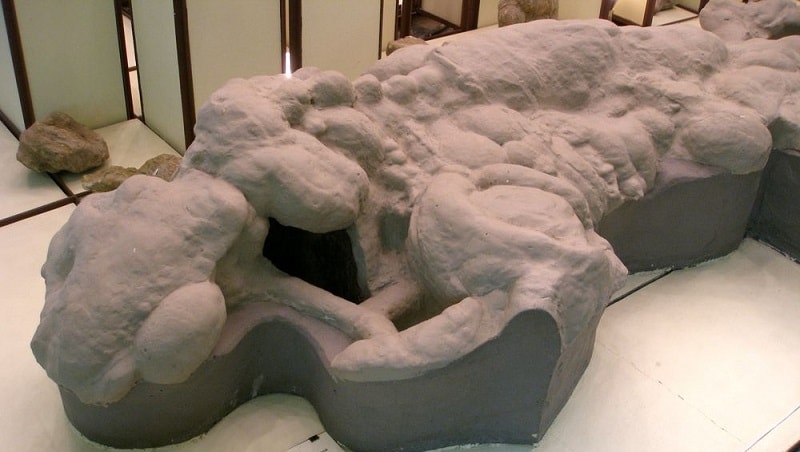 Paleontology of the Russian North. Kotlas

Our planet hides many mysteries and flings them at humanity when scientists smugly believe they have already studied something through and through. Once it seemed that theorists had a perfect idea of how continents had been changing over the millions of years, how they had collided giving birth to mountains, how they had shattered to engender seas… However, in the late 19th century during excavations in the North of Russia (Arkhangelsk region), ancient fossils ― similar to African and European ones ― were discovered.

It’s hard to imagine, but 250 million years ago, when the Earth surface hadn’t assumed its current shape, living creatures were already wandering there. As time passed, their remnants sank into the soil, while compressed sand served as a sarcophagus to cover and preserve them. Epochs came and went and earth layers kept transforming until what once remained buried underground emerged to the surface. The once innermost layers revealed the remnants of never yet seen animals, which lived on Earth even before dinosaurs.

Due to Vladimir Amalitsky’s (1860―1917) selfless efforts we can get an insight into the ancient creatures which inhabited the Russian North. The young scientist suggested a daring (for the late 19th century) theory claiming that in the Permian Perion there was a single huge continent, which included modern Africa and Eurasia. To prove it, he organized an expedition to the area of the Northern Russian town of Kotlas. 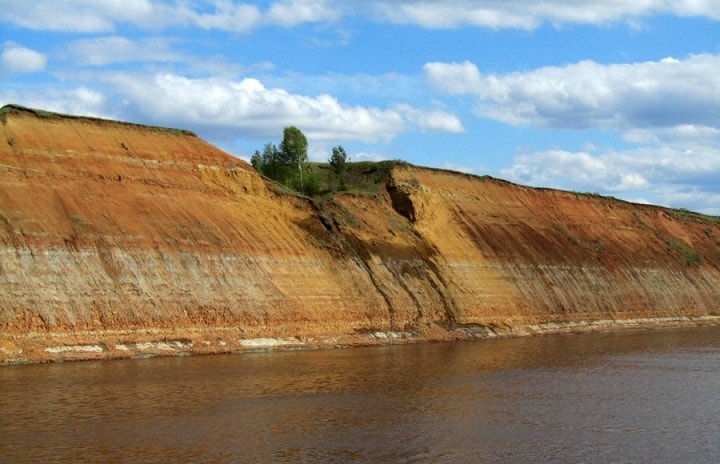 During the 15 years of work at the Little Northern Dvina, more than ten protosaurus skeletons were excavated, photo WEB

Many centuries ago a turbulent river flowed there. Deep under its bank the paleontologist discovered his unbelievable findings. During the 15 years of work at the Little Northern Dvina, more than ten perfectly intact protosaurus skeletons were excavated along with same number of partly damaged skeletons and a plethora of fragments. As a result, Amalitsky managed to put together one of the world’s largest collection of fossilized reptiles.

Amalitsky managed to put together one of the world’s largest collections of fossilized reptiles, photo @ Paleontological Institute, Russian Academy of Science

Skeptics joke that all the dinosaurs were similar, it’s just the paleontologist complete the “puzzles” of skeletal fragments differently. Humor excluded, we should pay respect to the Amalitsky’s team, because Russia of that time lacked specialists capable of dissecting and properly reconstructing the found treasures. People had to be trained aboard to create the Russia’s first workshop in this field.

Amalitsky’s excavations at the Paleontological Museum, photo © A. A. Medvedev

As a rightful discoverer of these animals, Amalitsky named some of them himself. Thus, he found skeletons of kotlassias (named after the town near which the excavations were performed) — salamander-like creatures. They fed on mollusks and insects, were lazy and slow, had quite long (a meter and a quarter) bodies and represented a transitory stage from amphibians to reptiles.

Another finding is a skeleton of inostrancevia. This fast 4-meter-long predatory reptile was named after A. A. Inostrantsev, Amalitsky’s mentor.

The major part of the excavated bones belonged to pareiasaurs, photo WEB

However, the major part of the excavated bones belonged to pareiasaurs — large heavy-bodied reptiles with short tails. It is suggested, that their lifestyle was similar to hippopotamuses: they were awkward on land but quite agile in water. Nevertheless, there are no descendants of these animals in the modern fauna.

Kotlas paleontological efforts took 15 years in total. They were the largest excavations in late 19th ― early 20th century Russia. An English paleobotanist Professor A. C. Seward and his French colleague  M. R. Zeiller confirmed the similarity of the acquired fossils to those previously found in Africa. Thus came the global recognition of Amalitsky’s ideas.

An extraordinary success of the expedition surprised paleontologists all over the globe. The world received evidence that the Russian North is rich in most curious remnants of ancient vertebrates. No one else questioned the close relation of the Permian fauna in the North to the distant and alien Southern African one. 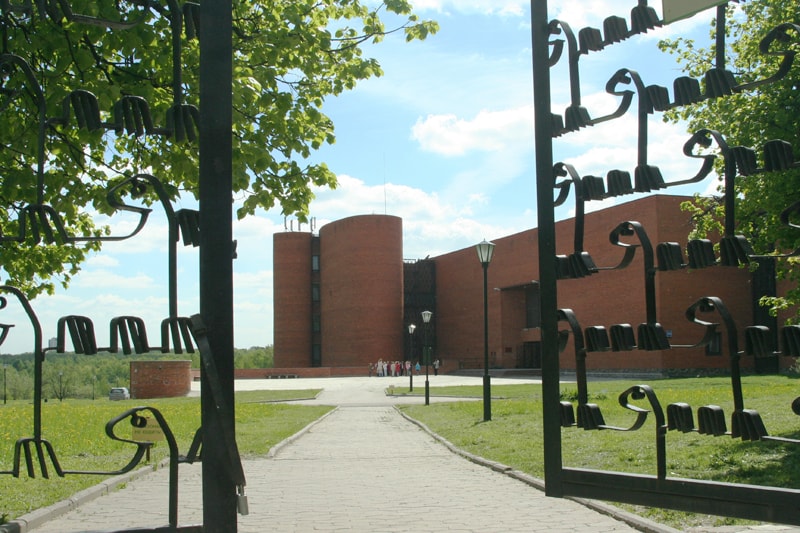 Today the part of the collection is exhibited in the Paleontological Institute of the Russian Academy of Science, photo © paleo.ru

Vladimir Amalitsky was the one who kick-started the development of Russian paleontology. Not long before his death, in 1916 the first session of the Russian Paleontological Society took place. And now the Society operates under the auspices of the Russian Academy of Science.

Launched during the World War I, it kept evolving throughout the hard revolutionary years, paused its work for the Second World War and reemerged once it was over. Today, the part of the Amalitsky’s collection is exhibited at the Paleontological Institute of the Russian Academy of Science.