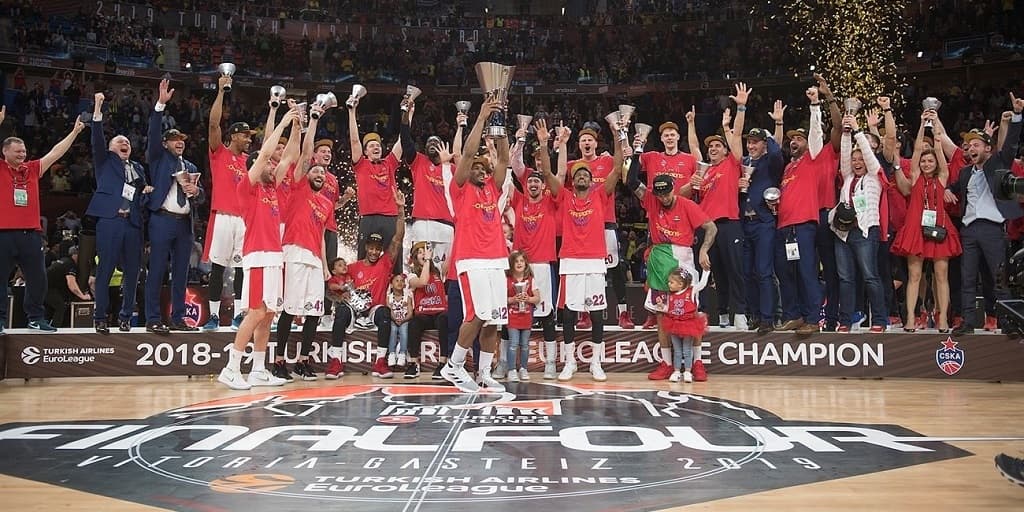 The main event of the season in club basketball ended last Sunday, May 19, 2019. In the difficult struggle with the Turkish “Andolu Efes”, Moscow CSKA won the Euroleague “Final Four”. The score was 91:83.

The excitement around the tournament this time flared up serious. First of all, the battle for the title of the best club in Europe is an event, which in itself is bright and expected. And secondly, the Euroleague this year went to the experiment. As usual, the matches are organized in large cities - the last tournament was taken by Madrid, Istanbul, Belgrade and Berlin. 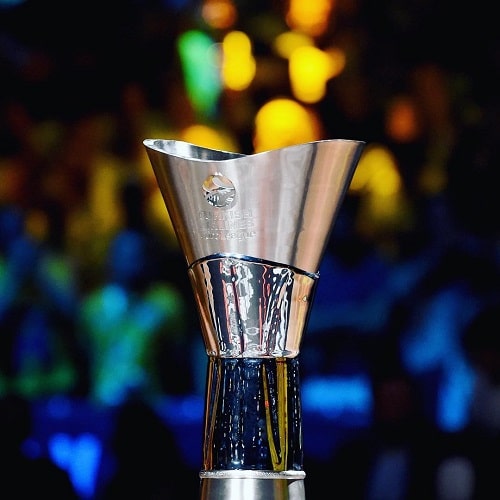 But the 62nd draw for the cup was held in the Spanish town of Vitoria-Gasteiz, where only 250 thousand people live. Despite the developed basketball infrastructure, the settlement was not rubber - the rooms in few hotels ended in October. However, this fact did not embarrass true fans, and most of them settled in nearby Bilbao, located one hour from the venue of the "Final Four".

The games of the semifinal were held on May 18, having pitted two Turkish teams and Russians with the Spaniards. Yes, a truly unpredictable basketball - Euroleague, the results of which in 2019 were unexpected, shook all the nerves out of the fans. And who would have thought that, according to a strange whim of fate, in the semifinal, like last year, CSKA will meet with Real. Last year's meeting threw the army team into the match for third place, where they were completely thrown off the Zalgiris Lithuanian club from the pedestal of honor. It is doubly annoying that the latter is not distinguished by either outstanding abilities or serious victories ... Russian basketball players accumulated anger throughout the past year and were carrying out a plan of revenge. The results were not long in coming - the Euroleague in men's basketball this year became triumphal for the Russians. 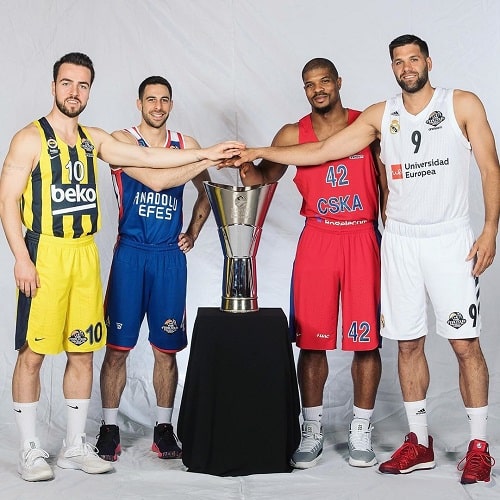 However, the stakes on CSKA were small, apparently, the memory of the fans was short. Despite the fact that this team is the eighth Euroleague final in a row and the 16th in 17 years, analysts predicted gold to Real. However, this time the champion, on whose account the largest number of victories in the history of competitions, sat in a puddle - the Spaniards lost to the Russians with a score of 90:95. A day later, in order not to repeat the failure of last year, they, of course, took themselves in hand, but still “grabbed” the first bronze for the club as a result of the game with the Turkish Fenerbahce —94: 75. The latter, by the way, like the Zalgiris mentioned above, is not even in the top ten of the champions, but the result does not change - Real Madrid took third place in the Euroleague 2018/19 season.

A day later, on May 19, the Final Four took place in the arena of Fernando Buesa, which gathered 13,500 spectators. After the semi-final, CSKA became a favorite among specialists and bookmakers. The experience of regular participation in the Euroleague, the performance of the past season and the professionalism of the athletes played into the hands of the team, but among the basketball fans there were also those who believed in the Turks. And it is worth noting, "Efes" really played powerfully. If the first quarter of the game, with the exception of a few minutes, was in the hands of the Russian team, then the second one made the fans wary - the score was almost equal (44:42), and the results of the Euroleague in basketball were no longer so unambiguous. 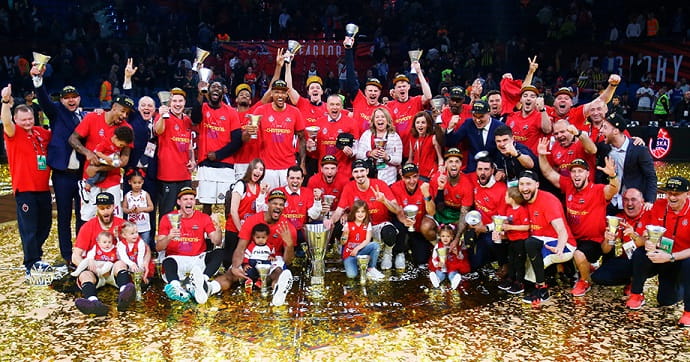 Yes, Efes has never played in the final, and in the overall rating they don't even get to the TOP-25, but it all happens once for the first time, and as CSKA coach Dmitry Itoudis noted: “Statistics do not play basketball”. Such thoughts probably did not leave the fans until the end of the game, the entire second half of which the teams fought nose to nose. At times, it seemed that the Turks were about to step on the tail of Russians. 85:81 two minutes before the end - a gap, the result can be changed within 10 seconds ... But the Turkish miracle did not happen. A series of foul shots, the final whistle - and score 91:83. This is victory!

This time Euroleague became a bright and full of adrenaline event - basketball 2019 among men traditionally entered the TOP of the most anticipated sporting events of the season. It seems hopes were justified. The unbridled joy of the fans in the stands, sparkling gold confetti, traditional champagne and a cup in the strong hands of the Russians, they were waiting for exactly that! After a three-year break, CSKA is again the most powerful team in Europe! This title is won for the eighth time and now they are in second position in the list of teams-champions.