The month-long football marathon ended on July 7 in the French Lyon. The FIFA Women's World Cup 2019 was a spectacular and emotional event, the bright ending was the victory of the Americans over the Netherlands team - dry 2: 0!

FIFA Women's World Cup was held for the eighth time, and its history dates back to 1991. The USA national team won every second of the championships - today, taking into account the tournament in France, four victories, and this is still an absolute record. Twice the champion title was burst by Germany, which this time did not even reach the semi-finals. Once the Japanese and Norwegians managed to hold the gold medals, however this year both of them have left the one-eighth finals matches. However, if the nationality of silver and bronze medalists in the completed world championship could be discussed, the main contender for gold this season was determined immediately. 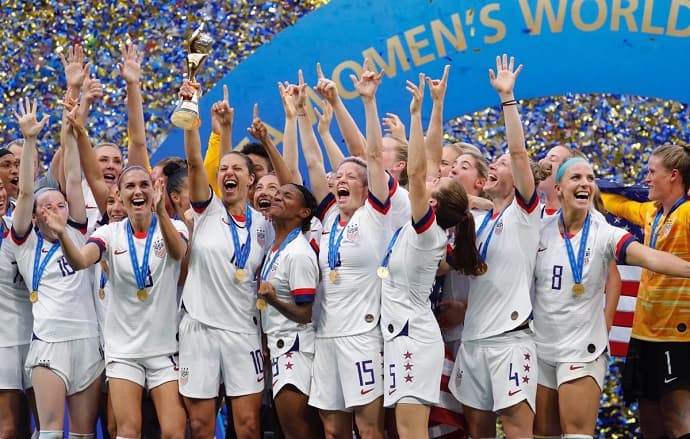 The eighth World Cup was one of the most anticipated in history from the very beginning - such a rush did not know, perhaps, even men's football. Over the past year, the group tournament games have gathered millions of stadium fans and a record TV audience. The pace of ticket sales for the World Cup 2019 stunned - just half an hour passed from the start, and the 59,000th stadium in Lyon has already announced Sold Out. Places on both semi-finals and the opening match "flew away" on the same day, and in just 24 hours the number of sold tickets reached 600 thousand! Everything led to that the first summer month in France will be incredibly hot ...

Expectations were not in vain - one and a half hundred goals in 52 matches, a flurry of emotions, personal dramas and amazing achievements put together a colorful picture of the past World Cup. Its episodes will be remembered by fans for a long time! The road to the final took players a month, during which the favorite did not give up the position for a second. Prior to that, the US team hurried across the group stage with a hurricane, without giving the opponents a single reason for the joy of triumph - 18 goals in three games, and not a single goal conceded. Perhaps the teams in the playoffs were ready to surrender immediately without a fight, but still had to fight. 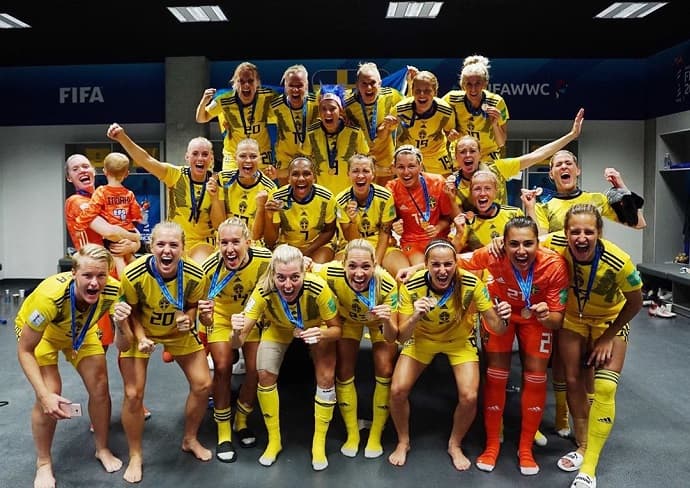 Meanwhile, the final matches diminished the ardor of the American women - the “bewitched” score 2: 1 pursued them in games with Spanish girls, Frenchwomen and Englishwomen. Nevertheless, three undisputed victories led the US team to the final, and the team's “feature” was the unchanged goal in the first fifteen minutes. It is noteworthy that only Europeans surrounded US team from the quarter-finals, but this time the level of women's football in Europe again did not reach the highest skill of the insolent girls in white. However, it is dangerous to call these sharks “girls” - the average age of the team is 28 years, and half of the players have more than a hundred matches for the national team.

Despite losing the final, the Netherlands team was the opening of the season. They made their debut in the world championship only in 2015, and after a couple of years they won the Eurocup, dropping the German national team from the podium (six times in a row!). However, the Netherlands had a hard time at the World Cup 2019 - an ambiguous penalty, difficult goals were already “under the curtain” of matches ... 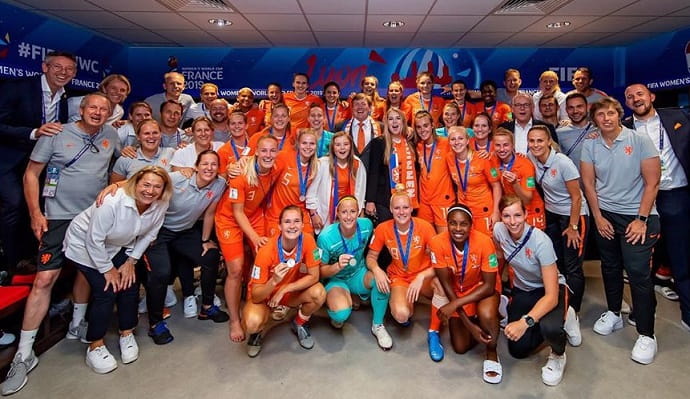 Still, 2-0 in the final against mega-cool American women - this is not bad! After all, “orange” team at the World Cup 2019 have another small achievement - the US team, which throughout the playoffs so brave, who scored the first goal in the first quarter of an hour, could not open the score even to a break. The debut ball went into the gate only in the 61st minute, when the brawler and the most media person of the last World Cup Megan Rapinoe issued a penalty kick. While the Dutch were in a state of shock, Rose Lavelle, after eight minutes, slammed the second ball into the far corner.

Now the Netherlands are content with silver. Somewhere on the periphery is discussed that Sweden take the bronze home, beating England with a score of 2: 1 in the match for third place. The United States rejoices and celebrates another victory. And the Golden Boot and the Golden Ball are tightly held in the hands of Rapinoe, who scored 6 goals, and 5 of them are in the playoffs. The championship ended, but left an interesting aftertaste - it was really bright!