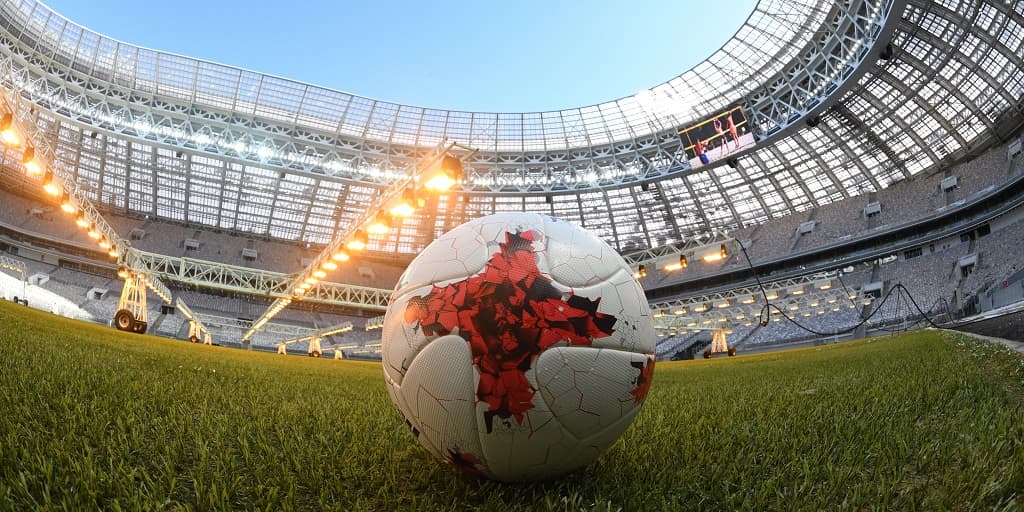 Past two weeks flew in one breath for football fans. Bright goals, deciding penalties, tears of joy and pain of players and fans have folded the quarter and semi-finals of the World Cup. All games are played, the finalists are determined, the bookmakers are buzzing like hives, who will become the World Cup 2018?

The quarter-finals became a real test for the strength of the psyche for Russian fans. Even the star-studded fans in kokoshniks ceased to chew hot dogs. The Russian team, which before the start of the mundial was at a record low 70th line of the FIFA rating, suddenly broke into the ¼ finals! Defeating the hot Spaniards and perpetuating the foot of Akinfeev, as a symbol of a real Russian miracle, the Russian team met face to face with the Croatian national team. 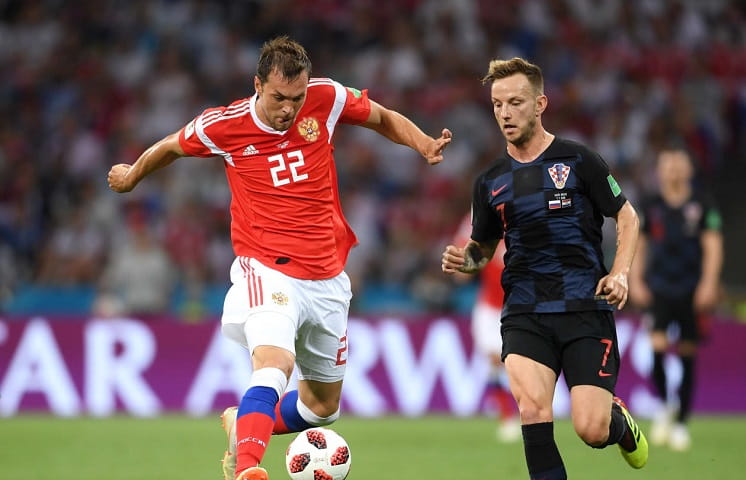 Scoring a goal in the first minutes of the game, wards of "impenetrable" Cherchesova gave the fans the most daring hopes. However, something went wrong afterwards. Score 2: 2, extra time, then a hot penalty shootout ... And Russia gives Croatia a ticket to the next stage of the Championship. "We wanted to show that football is alive in Russia ...", Dzyuba said without holding back tears. And there is no doubt about that now!

The match between Sweden and England determined next contenders to Croats in the semi-final. Steadily scoring one goal in half an hour, the British threw the Scandinavians from the mundial, completing the match with a score of 2-0. 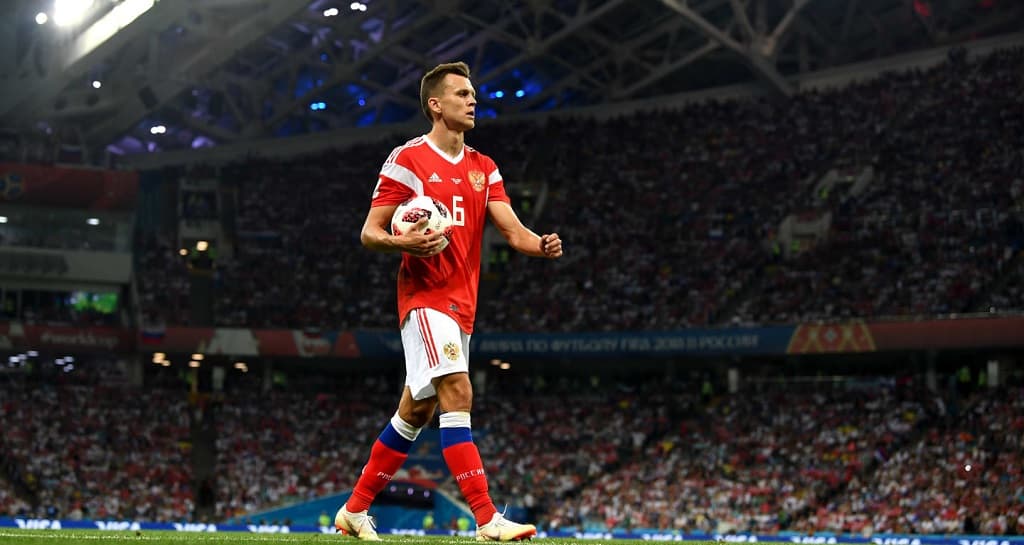 The team showed that there is football in Russia, photo © ru.fifa.com

At this time, a serious battle broke out between the four teams in another branch of the Championship. Brazil for the fourth time in a row was not lucky to face the World Cup with the Europeans. In 2006, the Brazilians lost to the French, in 2010 - the Netherlands, the next time - the Germans, giving them a place in the finals ... and now, please, - the Belgians continued the "good" tradition. With a score of 2: 1 Belgium gnawed its ticket into the semifinals.

On the same day, France and Uruguay fought for a place in one second Championship. Either the day was such, but this time 2-0 in favor of Europeans. However, there was no hope to Uruguayans - the last 10 matches of the World Cup, France has not lost to any of the South American team. The Argentina were able to wipe out the nose to French in the distant 1978. 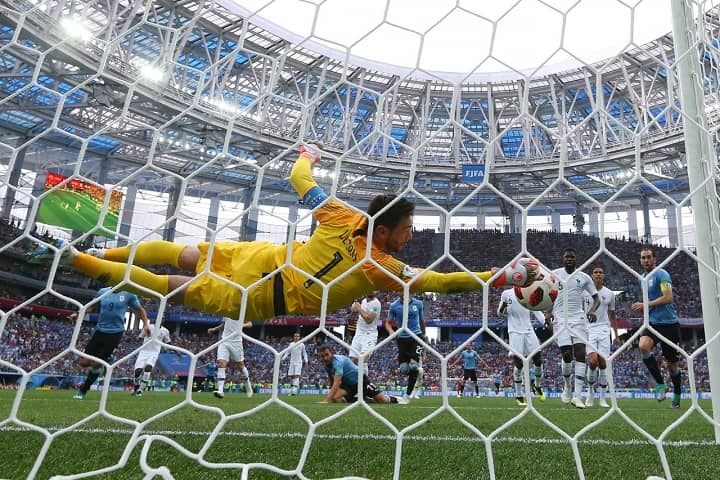 So on July 10, trampling opponents, France and Belgium met in the semifinals. To guess the outcome of the battle was not easy. The French have been labeled for the finals for the third time since 1998, which is unprecedented for one team for this period. But the Belgians have lit recently, without losing a single match since 2016. Everything was decided by the only goal scored literally under the curtain of the 51st minute by Umtiti's head. 1: 0- France in the final!

The second finalist of the World Cup was determined last night. The national team of Croatia, which beat a series of Russian penalties from the struggle for the world football cup, on July 11, sent the English home on Luzhniki Stadium. It seems that the last 50 football years are not the most successful for the "Three Lions".

Four times in a row appearing in the semifinals of major tournaments, England does not get to the finals. However, patience and hard work, as they say ... For example, Croats - the fifth time having played in the final stage of the World Cup, Croatia will finally fight for gold. For the first time in its history. 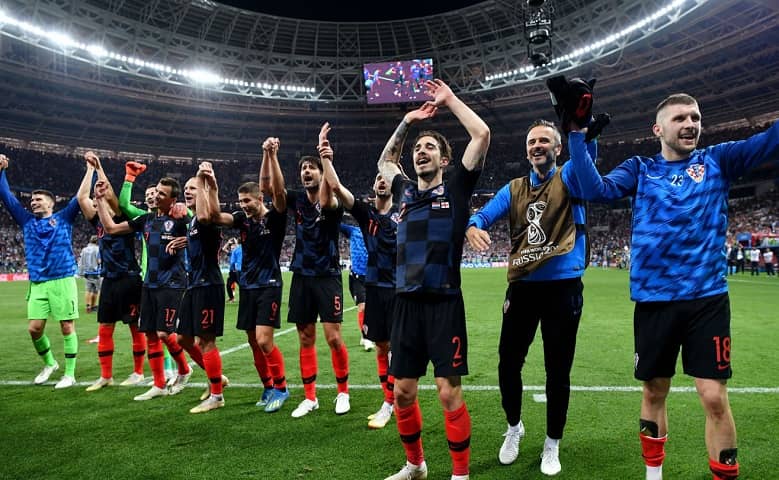 Now only two trembling hands are trying to reach the coveted cup. In the final of the World Cup on July 15, France and Croatia will meet at the Luzhniki stadium. The day before, the Belgians with the English will compete for their third place in St. Petersburg. Could someone have imagined such a situation a month ago? Hardly.

And today the forecasts promise victory to the French, but we have already seen how bright the Balkan fire burns in the chest of the Croats and how it licks the heels of the athletes ... Wait and see. culmination 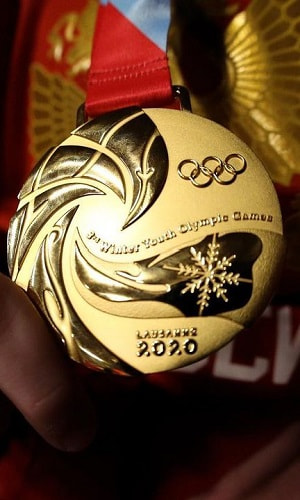