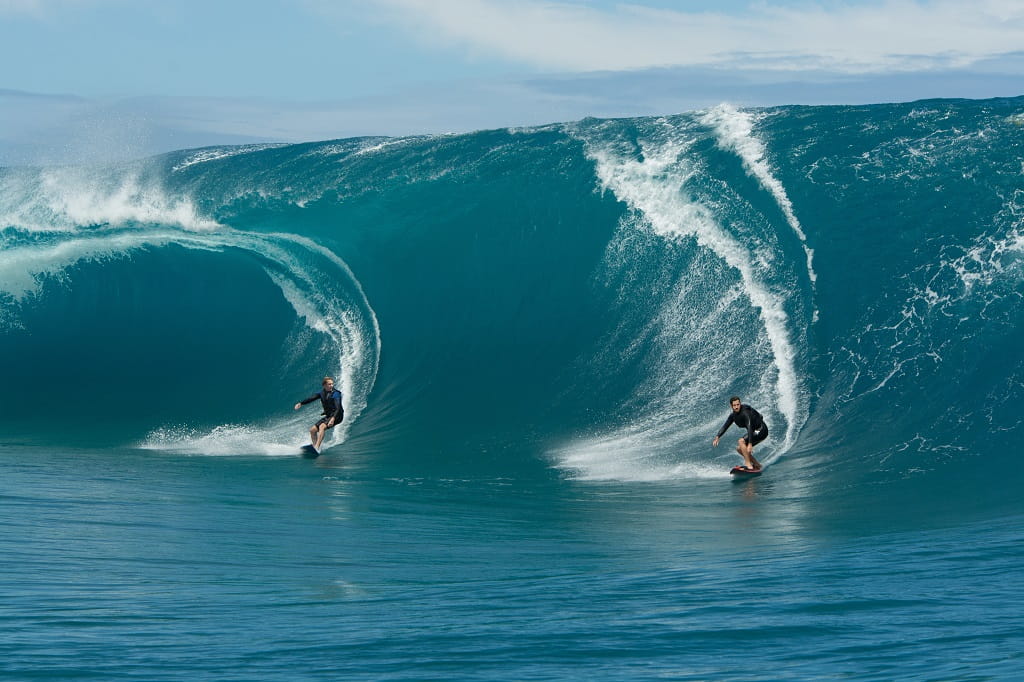 Surfing is a trendy and incredibly entertaining sport. It smells like the sun, salty breeze and, it seems, happiness. Its fans assure that once having saddled a wave, no one remains indifferent to the feeling of unlimited freedom, unity with the elements and with his own “I”.

It is not known for certain who invented such entertainment, however, it is generally accepted that the Hawaiians were the first surfers. There are historical testimonies confirming that the inhabitants of the Hawaiian Islands knew how to ride the waves on wooden long boards 1000 years ago. This hobby was shared by both the royal family and its subjects — a participant in the last expedition of Cook, James King, wrote about this in his diaries at the end of the 18th century. But four decades later, the missionaries from Britain banned surfing in Hawaii, considering it a manifestation of excessive frivolity ... So Hawaiian culture gradually declined, and skating on the boards almost disappeared altogether. A groupl of native Hawaiians saved surfing, and its history was taken to Europe by curious tourists, among whom was Mark Twain. 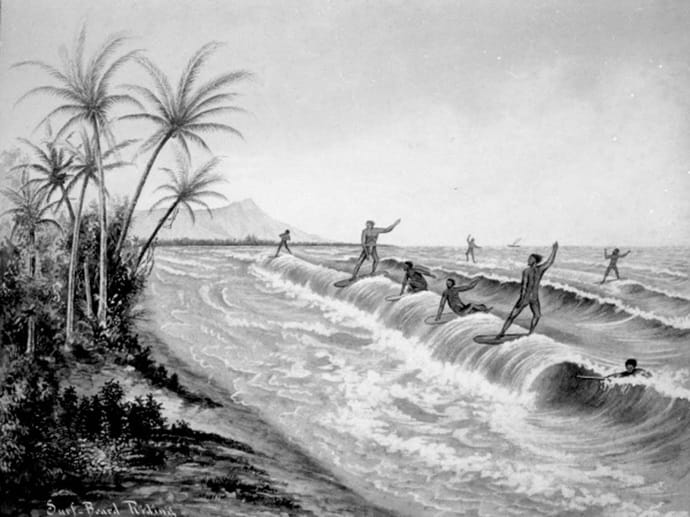 Hawaiians learned to ride on the waves on wooden boards about 1000 years ago, photo WEB

The world community started talking about surfing at the beginning of the 20th century, and its first popularizer was George Frit. After, the relay was picked up by a swimmer, Olympic champion Duke Kahanamoku, who made an invaluable contribution to the development of this sport in the United States. The first "real" surfers chose the island of Oahu, all the same there, in Hawaii, and then surfing became not just a sport, but a real philosophy of freedom, adventure and non-conformism. In many ways, it remains so today.

The history of surfing, as well as any underground culture, is full of crisis and triumphant moments. It barely survived World War II, was censured by society, aroused by fear of the many deaths of the first surfers ... But in 1959, Columbia released a film based on the novel “Gidget, the little girl with big ideas”, which literally blew up the world community. 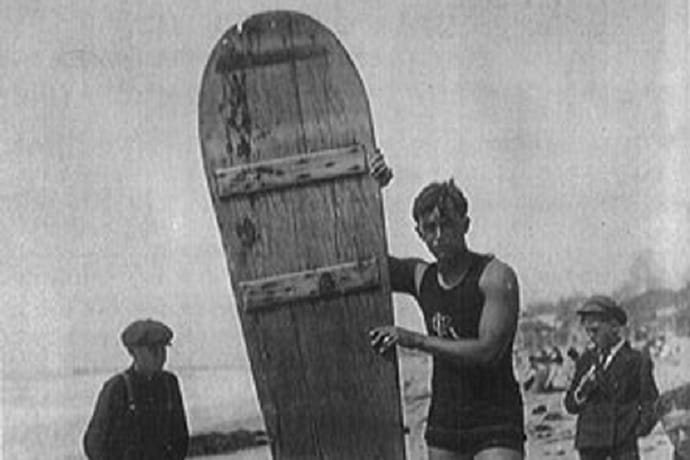 Since then, the popularity of this sport has been inexorably growing. Modern boards are light and maneuverable, in contrast to the first Hawaiian ones, which were 6 meters long and weighing 70 kg. Special suits now protect athletes from the scorching sun and keep their bodies warm in cold water. There are many surfing competitions all over the planet, the biggest of which is the World Championship. In 2020, this sport will be included in the Olympic Games for the first time.

Today there are different types of surfing. For example, in windsurfing, gliding on water is carried out on a special board equipped with a sail, and in kite surfing, a surfer catches the wind using a kite. Another direction is bodyboarding, in which the athlete is not on the board, but lies on her belly. Many professionals call this method of skating the first step in a real sport. Wakesurf is common in countries that do not have access to the ocean, and involves sliding on the wave, which is created by a boat going ahead of the surfer. The indisputable advantage of this direction is that the wave is always there, and not at the whim of Poseidon. 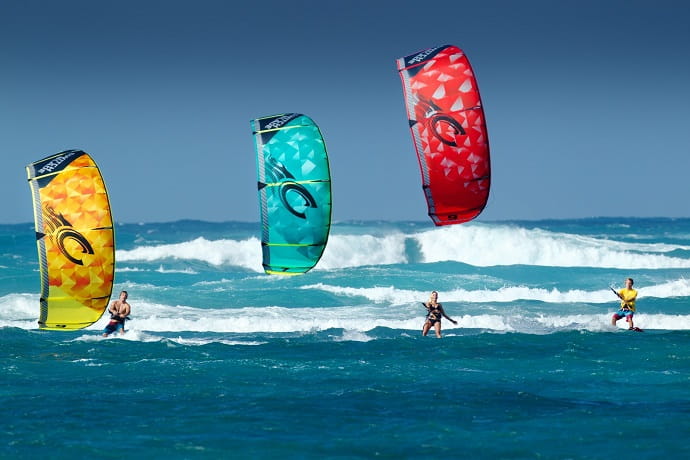 You can serf from the age of five, and despite the fact that surfing is an extreme sport, there are locations of moderate difficulty for beginners. In addition, specialized pools exist in different parts of the world in which waves are artificially created, and their height and frequency are controlled by the operator. The first  pool was opened in Japan. Traditionally, familiarity with skating on the boards of most Russians happens somewhere on vacation near the ocean, and our compatriots usually go to vocational courses at Bali and Hawaii, in Morocco, Peru, Vietnam or Australia. There are plenty of options, but now it is not necessary to go so far now - already for 10 years it is possible to learn to conquer the element at your city in special pools. 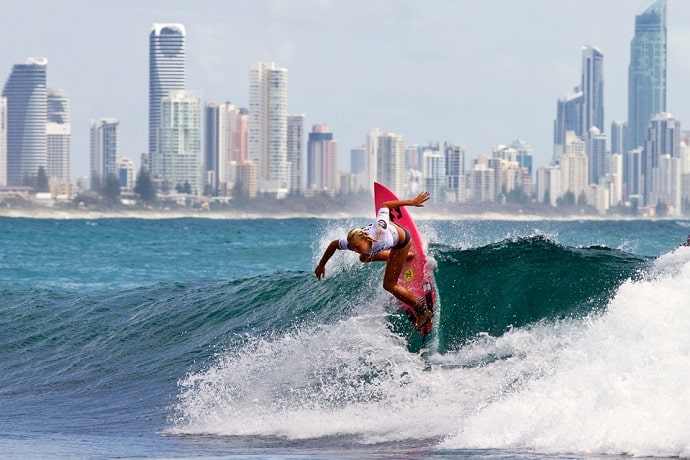 The phrase “surfing in Russia” sounds strange, but true fans claim that there is a wave no worse than the Hawaiian one both on Sakhalin and in Vladivostok. Cold waters are waiting for professionals, but the season of skating for those desperate here is year-round. In Vladivostok the first surf school was opened, and here it began to develop as a culture in Russia. Beginners can learn to serf in St. Petersburg and in Kaliningrad. In Kamchatka, by the way, there is also a school, and here is, according to experts, the best surf spots in Russia. But the Crimean coast and Sochi will please novices not only with the quality of the wave, but also with the temperature of the water and air. Do not wait for a trip to Hawaii, take the best out of life today!