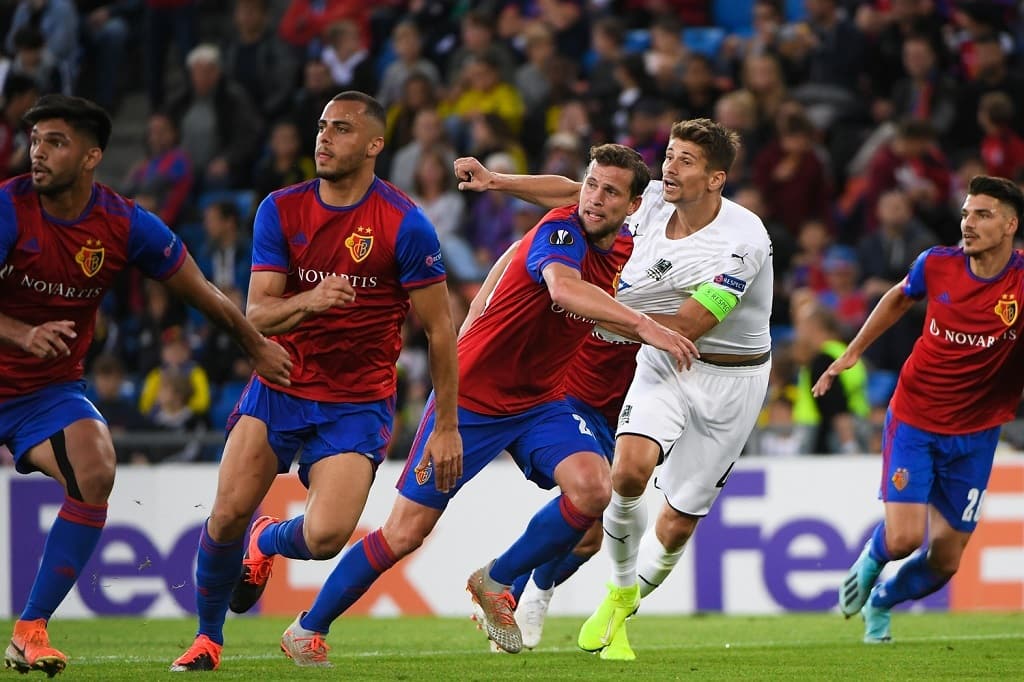 The fights of the first round of the Europa League 2019/20 group stage took place on September 19. The results of the Swiss clubs on that day were, in general, expected - Basel played 5-0 with Krasnodar, Young Boys lost to Porto 1-2, and Lugano could not find what to answer for the Copenhagen's goal - 0: 1.

Switzerland rightly pinned the highest hopes on Eurocup points at its 20-time champion - FC Basel 1893. However, the experts did not share the enthusiasm of the Swiss, predicting red and blue in the fight against the leader of the Russian championship a draw, or a victory with a minimum margin. Strong and united "Krasnodar" was seen as a rather formidable opponent, however, he also showed weaknesses. 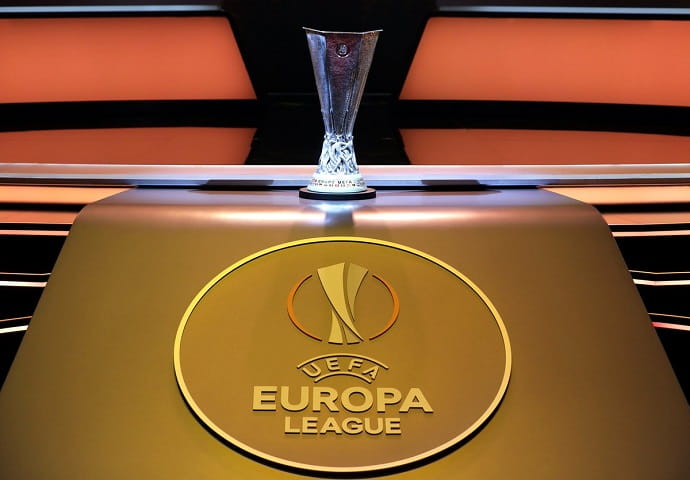 The fights of the first round of the Europa League 2019/20 group stage took place on September 19, photo WEB

At a press conference before the match, Basel's midfielder Taulant Xhaka noted that the Russians often make mistakes in defense, which could play into the hands of his club. And it seems that this statement was in line with the strategy of Marcel Koller -  indeed the Swiss did watch over mistakes of the enemy, and some of them they even provoke.

The first two goals went to the opponents' goal thanks to effective interceptions on their side and the confident actions of midfielder Kevin Bua. However, such an active start could turn out for Basel a loss of control over the match - the club has been seen more than once in a relaxed game after the first easy ball. But this time, the Swiss held steady and doubled their advantage by the break, despite the confident attacks by the Russians who quickly receded from the shock. 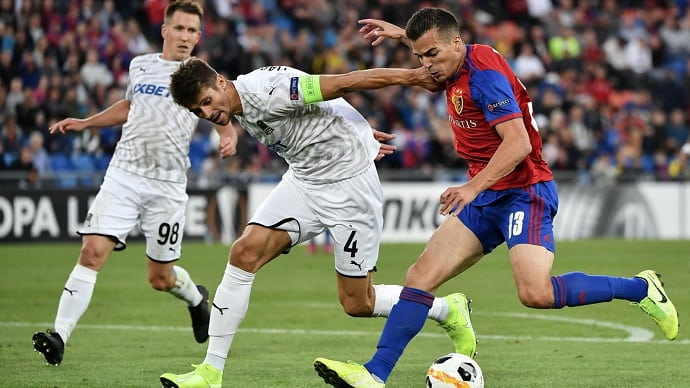 The first two goals went to the goal thanks to midfielder Kevin Bua, photo © EPA-EFE/ALEXNDRA WEY

At the beginning of the second half of the game, Krasnodar tried to take the initiative into its own hands, but the defense of Jonas Omlin was too strong, and then Zuffi arrived in time with his third ball ... Probably, at that moment not everything was lost for the Russians, but when Tonny de Vilhena two minutes later brought the ball into his own goal, the score 4-0 completely demoralized the team.

The remainder of the match, Krasnodar was not particularly active in showing signs of life, and therefore it is not surprising that at the end of the game they missed the fifth ball, scored by 19-year-old Noah Okafor. The final score 5-0 was the most devastating in the first round of the group stage. 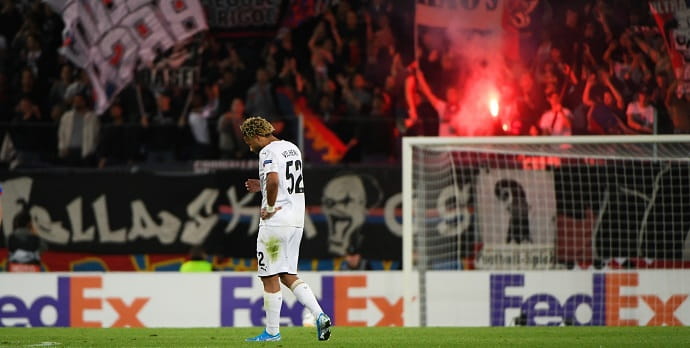 Such a bright start allows to hope that Basel will leave the group where the remaining Spanish Getafe and Turkish Trabzonspor do not seem to be very serious rivals. It is only important that the prospect of an easy victory does not play a trick on the red and blue.

BSC Young Boys, unlike compatriots, burst into the group stage not so brightly. Their meeting with Porto did not initially promise a simple game, which was immediately noted by coach Gerardo Seoane. The opponent is clearly superior to the Swiss in professionalism, and this gap was reflected on the scoreboard, as soon as the seventh minute ended - Tiquinho started the score. 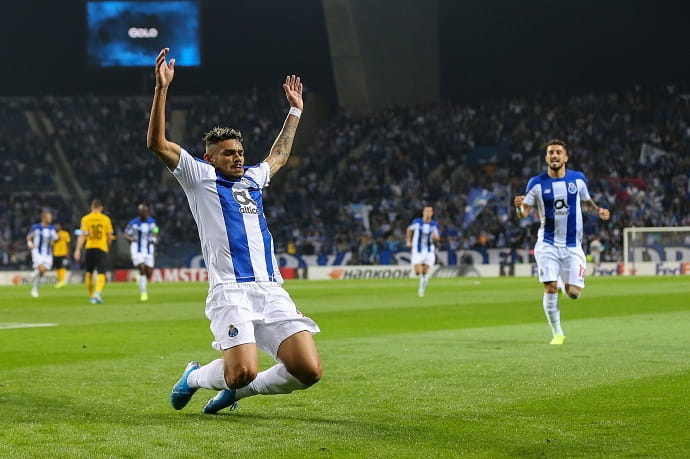 The “Bees”, however, were not at a loss and equalized almost immediately thanks to Jean-Pierre Nsame, who realized a penalty. Unfortunately, Young Boys still failed to lure luck to their side, and Tiquinho's second run in the 29th minute also ended with goal.

Nevertheless, the yellow-blacks did not intend to give up. Not missing a single goal in the next half hour into their own net, they set off for a break, from where they returned with renewed vigor. Several times they even created acceptable conditions to earn points, but something was still not enough - the score 2: 1 in favor of Porto hung on the scoreboard until the end of the match. 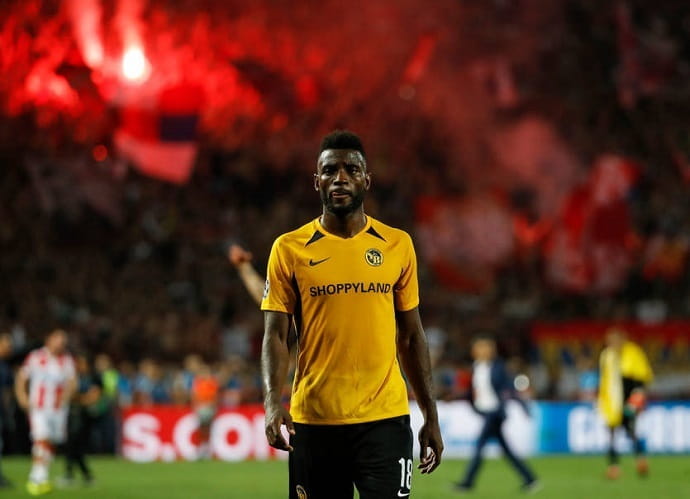 Judging the prospects of the “boys” by the first meeting is probably not worth it - they have come across a strong opponent, and perhaps the game will go on more fun. The main thing is that this happens on time, and not like last year ... True, the motivation of the “bees" is clearly not up to par, and the composition after many rotations is now weaker than the champion team of Adi Hütter.

Seoane is forced to leave the zone of recent comfort and change his strategy, which even with the most successful solution will entail a decrease in the effectiveness of the team at first. Be that as it may, on the 22nd of September they had a new match, now with Basel, with score 1: 1. 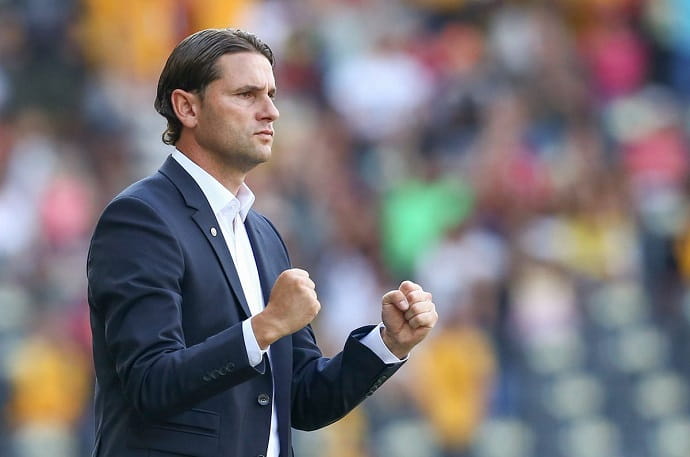 As expected, the Lugano club was the outsiders among the Swiss in the Eurocup. Football players lack experience and motivation, and their morale is on the decline. However, their rival has also been depressed lately - FC Copenhagen won last time on August 25, and then followed a streak of failures, resulting in three defeats in a row. However, the Tichens still failed to take advantage of the Danes' depressed mood, and in general the rivals were worthy of each other.

The problems of Lugano are largely caused by changes in the roster - a couple of the season's best players were out of the game, and forwarders Jonas Wind and Dame N’Doye had to bear the responsibility for the outcome of the match. But in general, this was not the worst situation, and the Swiss played quite confidently. The first part of the game was leaded by the home team, but the obvious advantage of the home stadium to the Danes did not help much. 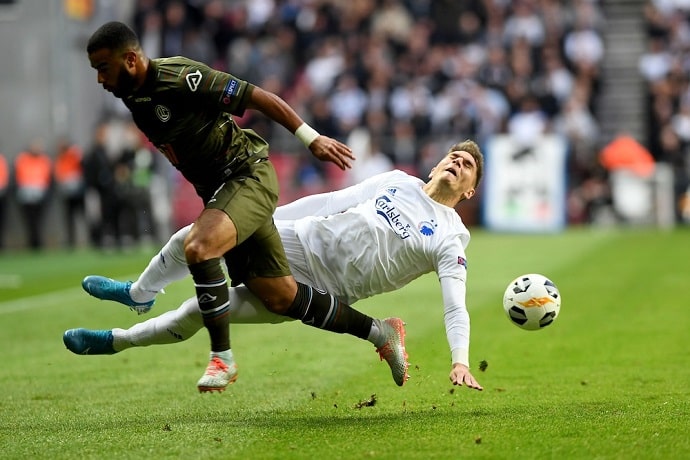 At the 32nd minute they almost got a goal, but Vecsei was not accurate and the ball flew past the goal. According to the law of meanness, the example of a colleague was soon followed by Lavanchy. As a result, the clubs left for the break, without soaking the score.

Still, the “lions” were the first to pull themselves together - in the 50th minute Santos made the only goal, which determined the outcome of the meeting. Lugano did not give up until the last minute, and Carlinhos even hit the ball into the goal of “Copenhagen” three minutes before the end of the match ... True, the goal wasn't counted because of an offside position and stopped at that: 1: 0 in favor of the Danes. Further FC Lugano will have difficult games ahead, but who knows ... What if?

Based on materials sports.ru