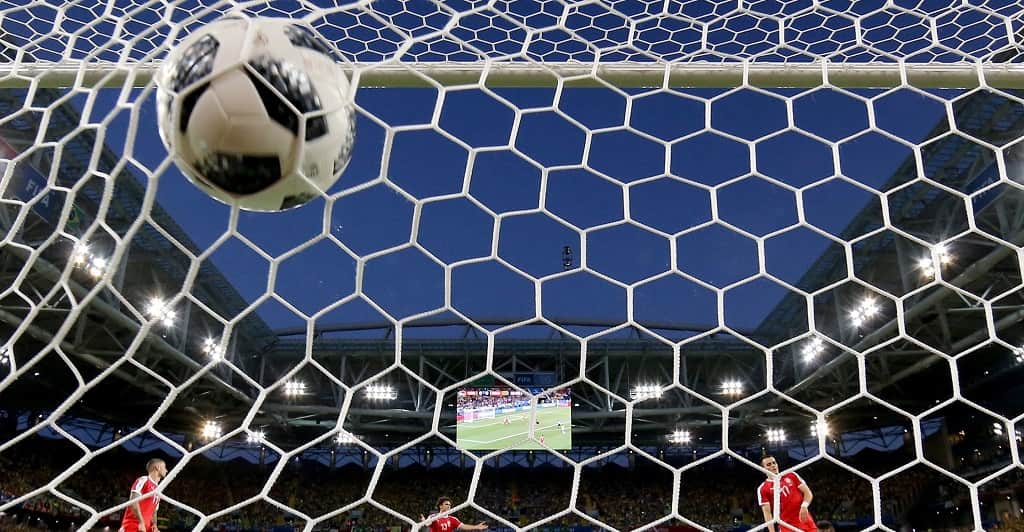 For the whole world the last two weeks have passed under the incessant roar "Ole-ole-ole!". Politics and scandals, sensations and tragedies have come to the fore - the eyes of the whole planet are chained to the green fields of 12 Russian stadiums. Tons of pizza are eaten, gallons of beer are drunk, millions are spent on stakes, but today we can make a short break - the results of the World Cup 2018 group stage are summed up, the pair of players to the 1/8 finals are determined.

However, the current games are simply filled with sensations! The teams, released in the playoffs of the World Cup 2018, without exaggeration, gave the heat - all the forecasts flew into the tartaras. So, for the first time neither African country has reached to one eighth finals. 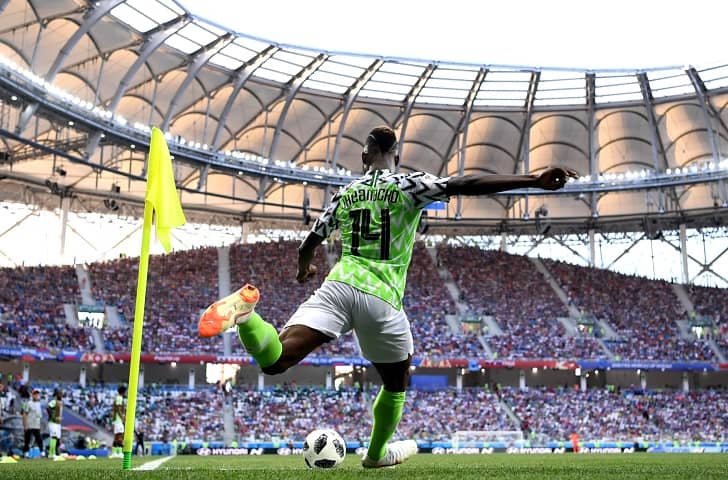 African countries did not reach the 1/8 finals, photo © ru.fifa.com

Again the Germans left with nothing from Russia, they were former world champions, and the Russians themselves played in such a way that we had to constantly wipe our eyes - this is our national team playing?! Anyway, now it is known which teams entered the World Cup 2018 playoffs, and the 1/8 finals net is formed. The most interesting begins!

The path of the teams that went to the 2018 playoffs was strewn with incredible goals, dizzying triumphs and just amazing accidents. So, the Japanese, the last to enter the grid one-eighth, even after the end of the match did not know whether their difficult road to the coveted cup will continue. For the first time in the history of the Championship, the team was in the playoffs not by the number of goals, but by the smallest number of yellow cards. In the end, this is the only non-European and non-American team playing in the second stage of the World Cup 2018. 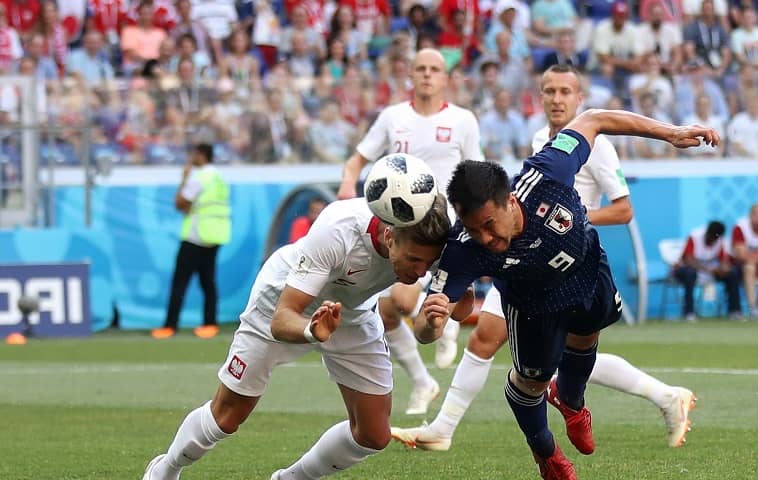 Japan in the playoffs for the smallest number of yellow cards, photo © ru.fifa.com

Few people believed in a worthy game of the Russian team, but the first match forced the whole world to reconsider their forecasts for the upcoming stage. And the Belgians received the nickname "devils" for the group games  - scoring 9 goals, this team is the most productive at the last stage mundialya.

But among those who left the Championship the German national team was especially distinguished. Favorite of current games, World Champion of World Cup 2016, did not even reach the 1/8 finals, losing 2:0 to ... Korea! It's amazing, but this team was generally the weakest in the group, gaining just 3 points for the entire group stage. 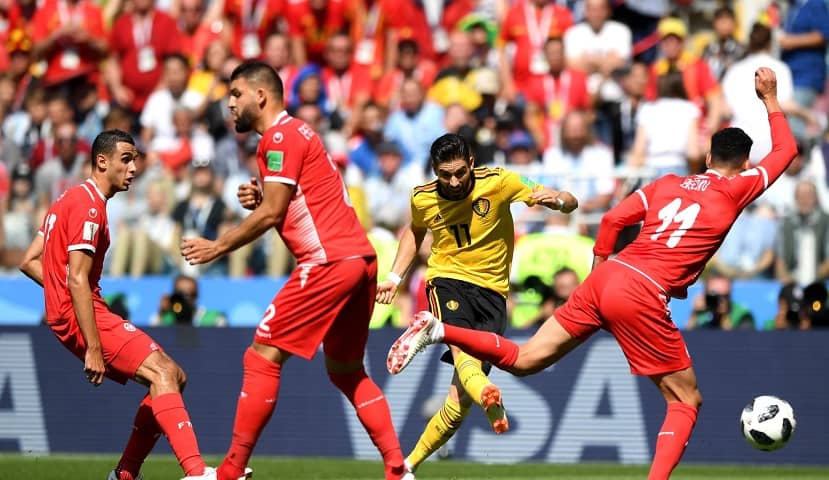 Belgium team is the most productive, photo © ru.fifa.com

The Brazilians especially rejoiced loud defeat of Germany, who insulted them in the semifinal with shameful score 7: 1 four years ago. All Brazil perceived so close to their hearts what happened there, so this year the government announced for all civil servants a floating schedule of work, giving the opportunity to watch matches of favorite team in real time.

48 matches are played. Ahead are another 15 and, finally, the culmination of the whole action, the final. According to calculations, 20 goals were scored in the 90th minute or in extra time in the group stage. 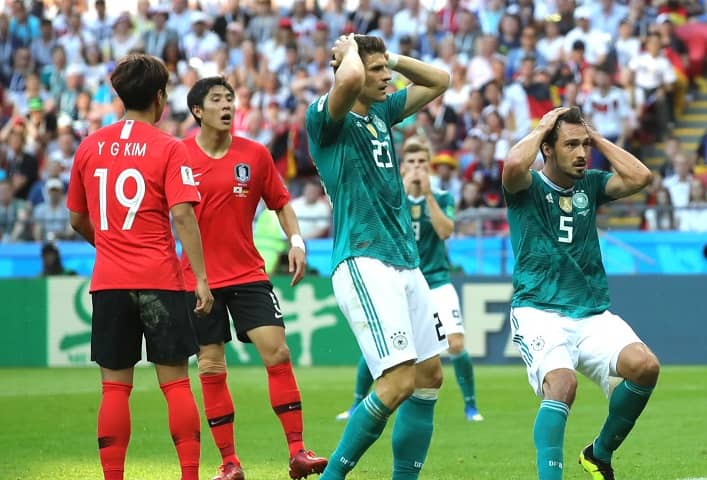 Having witnessed completely unpredictable games, seeing which teams went to the playoffs, and how its bracket is formed, nobody takes to predict who will play on July 15 at the Luzhniki Stadium. 16 teams got place in the second stage of the Championship. Each of the teams that have passed in the playoffs will receive $ 12 million from FIFA, but at stake is more weighty prize - the title of world champion.

Evil tongues prophesy the end of the starry procession of Russia, because in one eighth it will have to face Spain. However, our players are determined and challenge the prejudices, once again putting on a white uniform in which they failed to give a worthy rebuff to Uruguay. But the red jerseys brought the Russians two breathtaking victories - 5:0 and 3:1 over the teams of Saudi Arabia and Egypt, respectively. 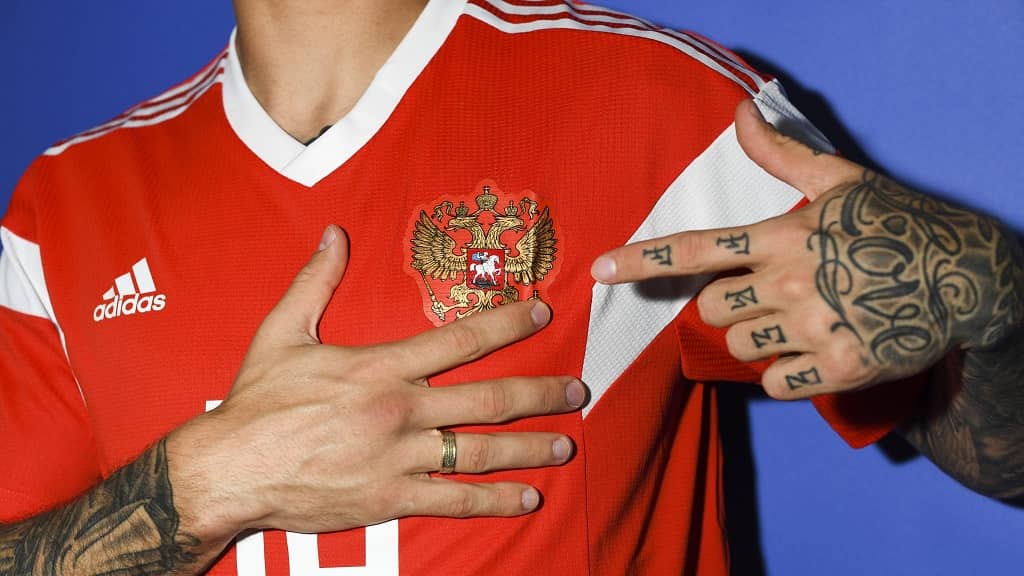 Each team will receive $ 12 million from FIFA, photo © ru.fifa.com

See which teams got into the playoffs, and what the playing grid looks like, you can on the official website of the Championship. Match between France with Argentina will open the second part of the world rivalry on June 30, Uruguay and Portugal will continue the battle for a place in the quarter finals, and the most "tasty" left for a snack - teams of Brazil and Mexico will converge on the field on July 2. On the same day, will play and Japan with Belgium.

The games of the second branch will open the decisive match for Russia for the place in the ¼ final, which will be held in the Luzhniki Stadium on July 1. On the same day, the teams of Croatia and Denmark will find out who holds the ball better. In a day, July 3, in the same branch will be a match of Sweden and Switzerland - and the game of the English against the Colombians. 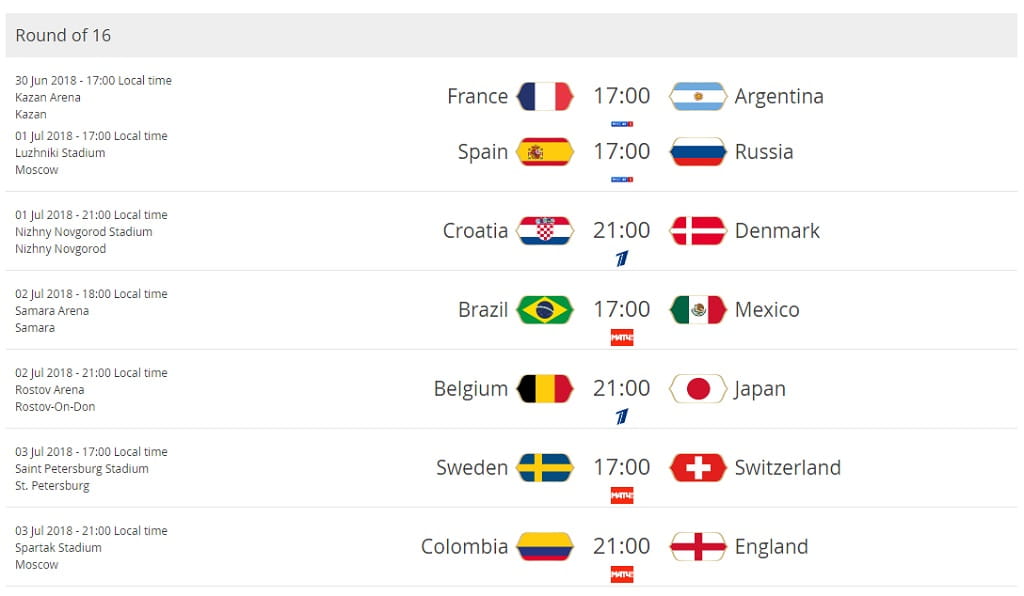 Now, after finishing the warm-up, the teams that fall into the playoffs will start a real battle. Who will play in the quarterfinals? Who will get to one second? Who will get the title of World Champion 2018? Everything is ahead, for now - one day of respite before the second stage of this unpredictable, dizzying, sensational World Cup 2018!