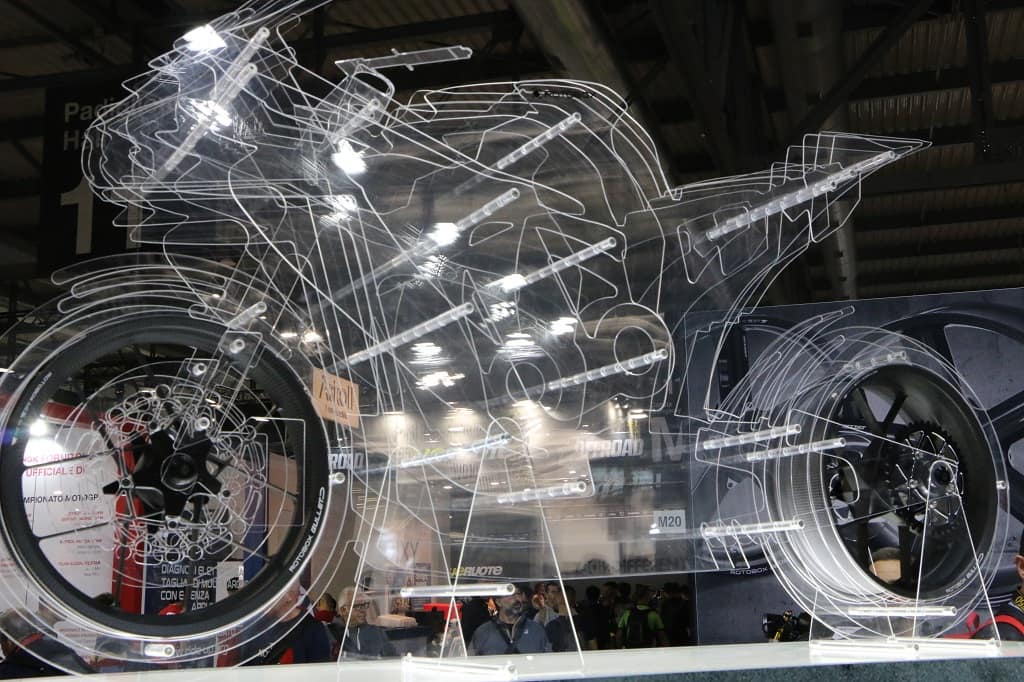 Each autumn, the world's largest motorcycle show EICMA is held in Milan, and this year from November 5 to 10, motorcycle manufacturers from around the world again demonstrated the latest industry innovations and new products of the next season in the fashionable capital of Europe. The first two days, the exhibition traditionally received representatives of the press and experts, and the remaining four met everyone.

Esposizione Internazionale Ciclo e Motociclo is the largest event in the world of motorcycles, 80 thousand square meters of exposure and a complete overview of international production. This year, the Milan Motor Show surprised everyone. What was the opening ceremony, full of digital backgrounds and exciting videos from the world famous creator Gianluca Faletta! 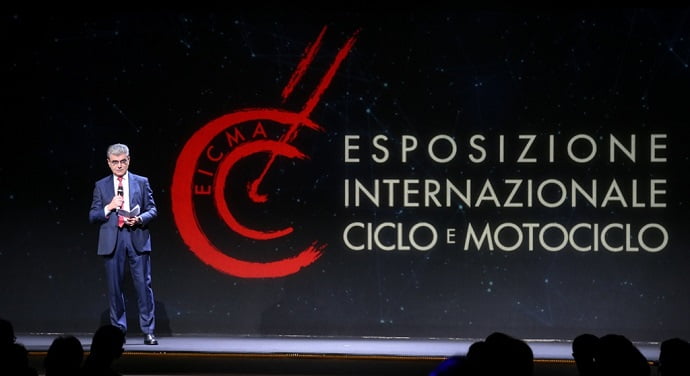 The Motor Show EICMA 2019 in Milan was held under the slogan: “Revolution in Motion”, which highlighted the diversity of innovations and technologies presented at the stands. This time, eight halls of the Fiera Milano exhibition center gathered new products from 1800 brands from 43 countries, compared to 1200 at last year. “The future of the two wheels begins today and this is a revolutionary movement,” said Andrea Dell'Orto, President of EICMA S.p.a., in his welcoming speech at the opening of the exhibition.

The MotoLive show, organized as part of EICMA for the 15th time, was also a grand event. This year, guests saw the finals of the Italian International Supercross, as well as the international races QuadMX, Flat Track and WMX, in which participated famous national and international racers.

For the first time, an educational program for children EICMA FOR KIDS was organized at MotoLive. Within its framework, a young audience aged 4 to 11 years personally tested motorcycles and bicycles, and also got acquainted with the basics of road education. Also, for the sixth time in a row, an exclusive bikers store operated at the show, where everyone could buy accessories, clothes, helmets, equipment and accessories for all types of motorcycles. 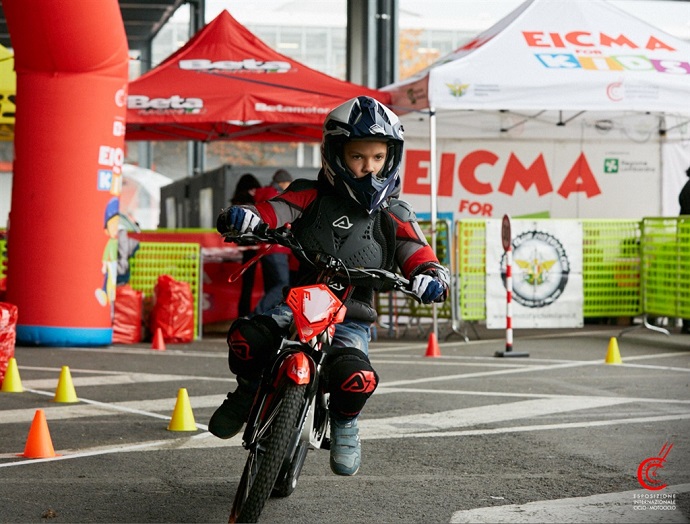 But the main at the exhibition were, of course, the new vehicles. One of the most unexpected was the joint project of Aston Martin and Brough Superior - the AMB 001 motorcycle. Aston Martin had not previously released motorcycles, so they turned to the French comrades for help, and together they created an amazing thing. The new powerful and stylish motorcycle 90% consists of carbon and titanium parts, and the 997-cc V-Twin produces 180 horses on a wheel. True, the price of a handsome motocycle is impressive - more than one hundred thousand euros. Plus a limited edition - only a hundred pieces. 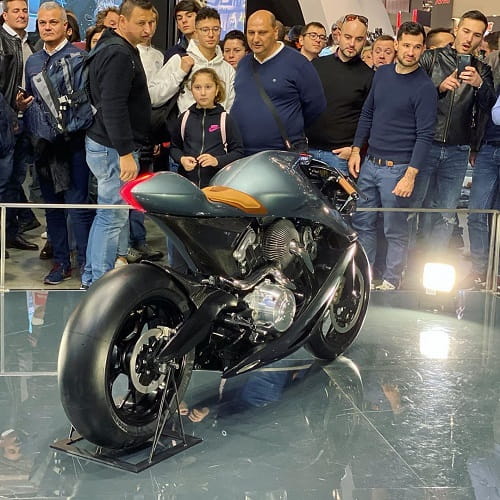 And here, the Taiwanese company KYMCO, on the contrary, is most likely striving to turn its project into mass production - already in 2021, its electric street fighter will become serial. The structure of the concept is familiar, but the main thing in it is sound. Other electric motorcycles work almost silently, but KYMCO RevoNEX growls like a "real" one. For this, the developers built an acoustic generator into the engine. Such a solution is not just a “trick”, but a way to increase the safety of the motorcycle on the road.

An interesting novelty was also presented by a small company from Helsinki. The Finns are ready to make a fundamentally new electric bike - with an axle-free motor wheel. RMK Verge TS is a brutal motorcycle, a stepless motor-wheel with a completely futuristic look. According to the passport, the electric motorcycle produces 107 horses, and its power reserve is 300 km. 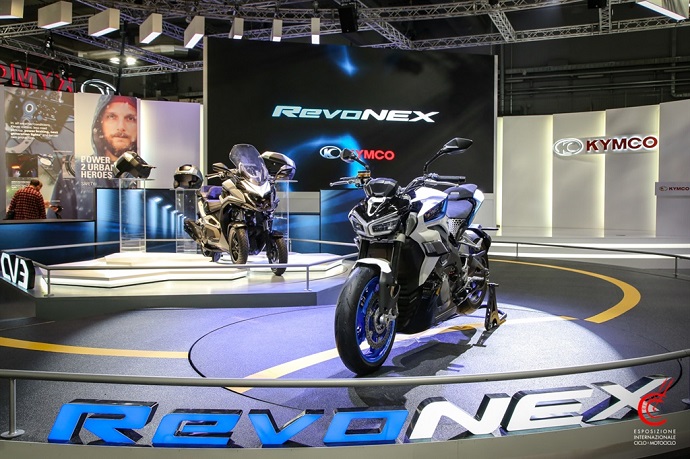 By the way, this year the visitors of the exhibition had the opportunity to use E-bikes in a specially equipped covered area. On the route with a length of more than 200 meters, obstacles, ascents and descents were created, allowing to fully reveal the potential of this two-wheeled vehicle. 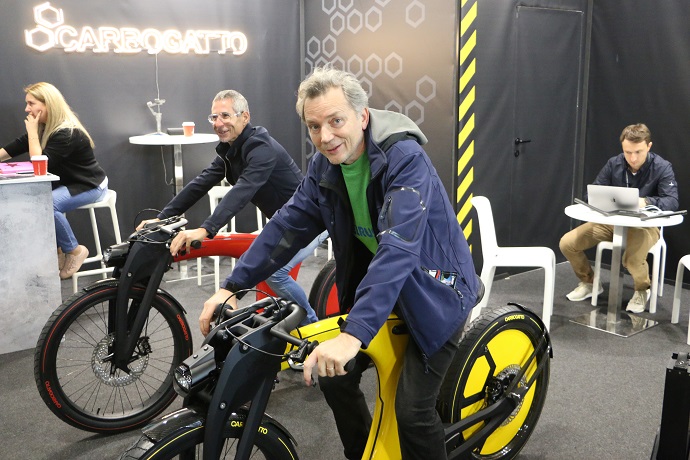 Compant BMW also pleased connoisseurs of two-wheeled vehicles. The Bavarians presented a whole series of updated models, including the BMW HF 900XR road hooligan - an economy version of the very BMW S1000XR, which caused a storm of enthusiasm in 2014. The "younger brother" retained all the advantages of its predecessor, but at the same time it is significantly cheaper and became even more comfortable. 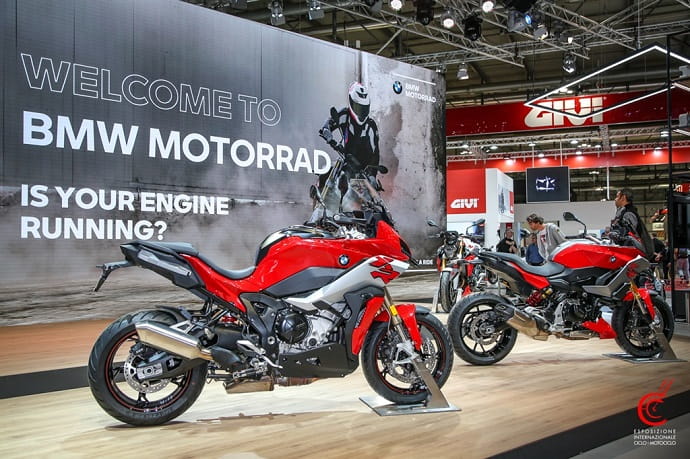 But the most talked-about novelty at EICMA 2019 was perhaps the radically updated Honda superbike - the Fireblade CBR1000RR-R. In 2016, Honda already presented the Fireblade concept, but its price exceeded $ 188 thousand. Fans, of course, disassembled all 200 units, but the company promised that it would create a road bike with MotoGP and WSBK technologies, which would cost no more than the average hatchback. And the promise was kept. 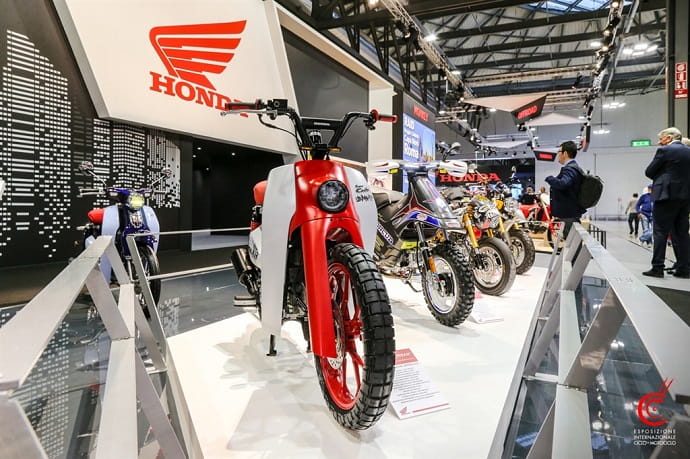 The novelty was such a resounding success that the president of Ducati Holding himself came to the stand of his main competitor and personally sat on the superbike. Apparently, he made a proper impression, since Claudio Domenicali immediately asked for test drive. At the motor show, Ducati itself introduced the entire range of its motorcycles, as well as two concepts and electric bicycles.

The exhibition, which ended, was the 77th in a row and again brought a sea of emotions to guests and a lot of ideas to producers. It is still unknown what the two-wheeled transport will be like in ten years, but the Milan Motor Show has already opened the curtain of secrets over the near future.

Victoria Romanova based on the materials of Evgeny Utkin