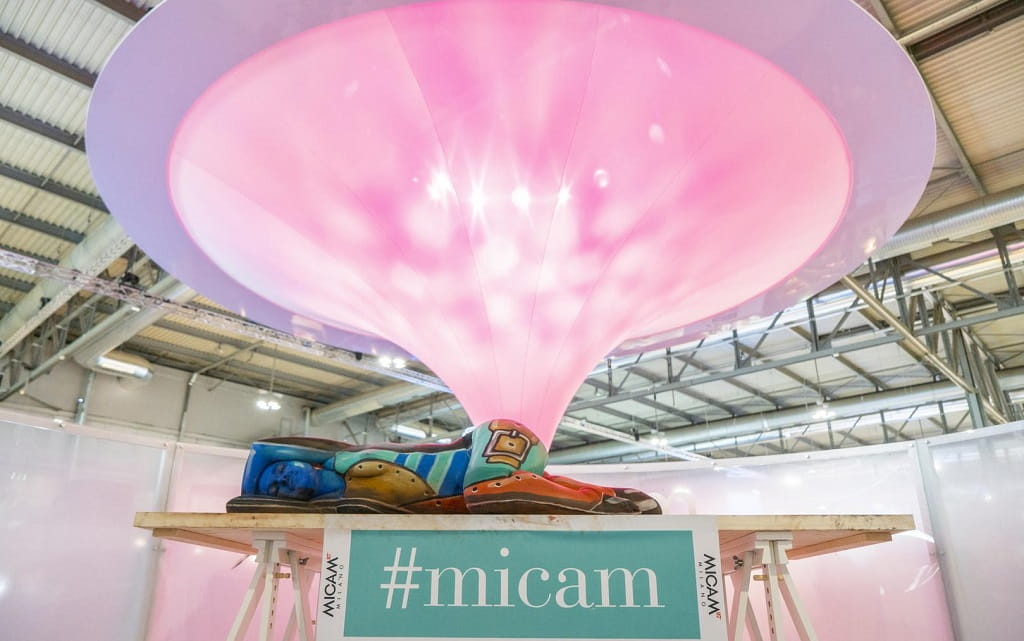 Sustainability as a fashion trend

The largest exhibitions in its sector, MICAM (shoes) and MIPEL (bags and accessories) were held from 10 to 13 Febryary, at the Rho Fiera Milano exhibition complex. For Italy, this is the most important sector of the economy. For example, 76,600 people are employed in the shoe industry, 85% of production is exported. Of course, such exhibitions are attended by members of the government. This time, it was visited by Deputy Prime Minister of Italy Luigi Di Maio. 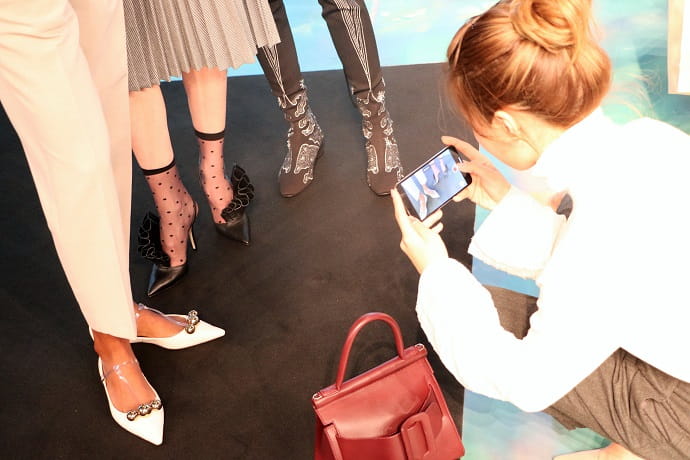 Despite the overall difficult economic scenario in Italy (chronic stagnation of domestic demand), the shoe sector in 2018 set a new record for exports. “According to ISTAT official data, in the first 10 months of 2018, Italian exports increased by 3.9% in value terms over the same period in 2017. From January to October, more than 176 million pairs of shoes were sold abroad, and their total value amounted to more than 8 billion euros: a significant contribution to the trade balance for the sector, which, despite a slight drop, amounted to 3.65 billion euros in the first 10 months of the year”, said Annarita Pilotti, head of the association of shoe manufacturers Assocalzaturifici and president of the exhibition MICAM. 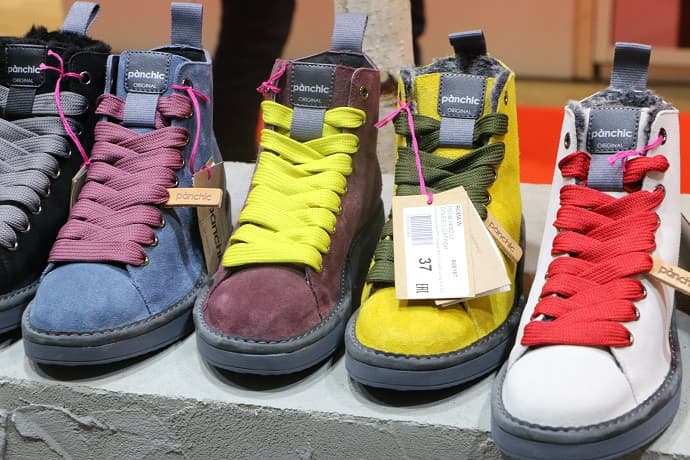 MICAM is located on more than 60 thousand square meters, it had 1304 stands, 716 Italian manufacturers, 588 foreign ones. In addition, there was a platform for fashion shows and performances. For example, on the first day, as DJ worked renowned football player Bobo Vieri, and on the second day of the exhibition, stylist Tommy Hilfiger together with Miss Italy 2018 Carlotta Maggiorana presented prizes to the best buyers (it was represented by China), and then showed a musical. 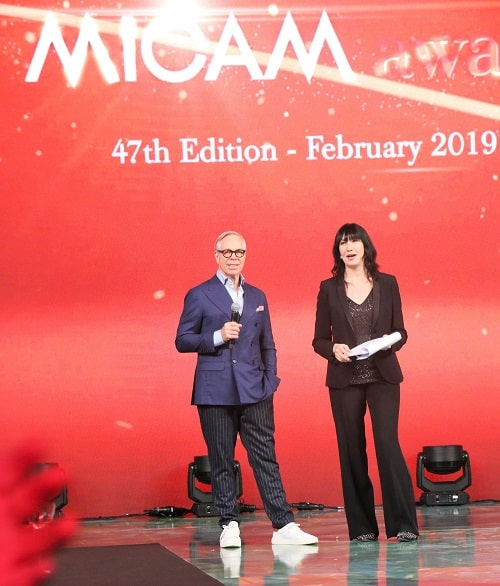 It's nice that among famous brands such as Pollini, Fabi, Aldo Bruè, La Martina, there was also a place for young brands. For example, in the most prestigious place, Fashion Square in the first pavilion, organized an exhibition of Young Italian Emerging Designers Around The World, 10 best Italian designers, and in pavilion 4, a large place was allocated to 12 foreign and Italian Emerging Designer. Such as Anna Baiguera, Maison Ernest, Adult, Annie Gestroemi, Marie Weber, Seven all around, Balluta, Panafrica, Paolo Ronga, Me.Land, Andrea Mondin, King Ping. In addition to the stands, they were given the opportunity to hold a joint fashion show, on which there were a lot of people. So they were noticed, and for them it will be great beginning of a successful career.

However, there were a lot of people, almost at every stand. Someone just watched, but there were many who did not have time to write orders. I saw a special agiotage at Tosca Blu, they had a line of buyers. 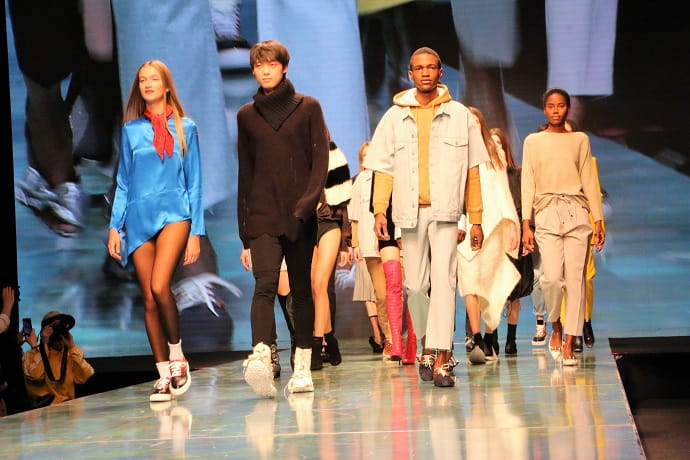 Shoe exhibition MICAM main focus put on bright colors, emotions and entertainment. There were shows, fashion shows, parties, Johannes Stötter showed the audience the amazing body art, Francesco Falasconi and Michela Ciappini made ice sculptures. Everything to attract attention and to bewitch, to cause strong emotions. One could even walk along the board over the precipice and jump into it (thank God, virtually).

MIPEL was smaller in size and with less special effects. It was attended by 350 brands of bags, among which are “newcomers” John Richmond and Cabin Zero, as well as long-time members Cromia, Bric’s, Ermanno Scervino. The main theme of the exhibition were all aspects of sustainable development, from ecology to working conditions. 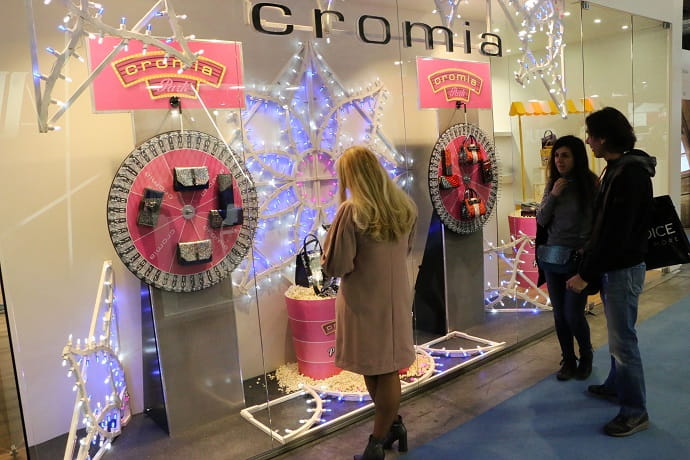 Even the rebel Vivienne Westwood prepared two projects for the exhibition. These are the African Ethical Bag collection (a vegan collection made by African women from used materials) and the Clima Bottle collection (24 flask bottles depicting the effects of climate change on the planet. For example, “+5” and “skull with bones", which means that if the planet warms to 5 degrees, we will perish). 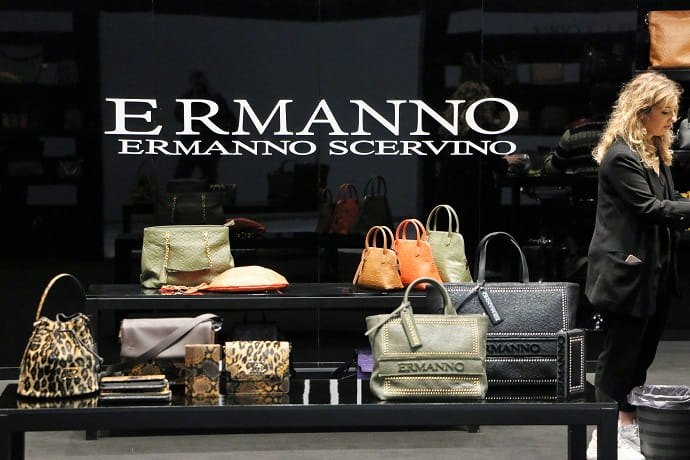 Very interesting project Dalaleo, which implements Luisa Leonardi Scomazzoni. She collects tongues from aluminum cans in Brazil, and sells bags and jewelry from them. “Of course, it’s easier for me to print them from ready-made aluminum, but this is the only way I can help the planet by recycle these materials. Moreover, I give workplaces for women in Brazil who live in not very good conditions. ” 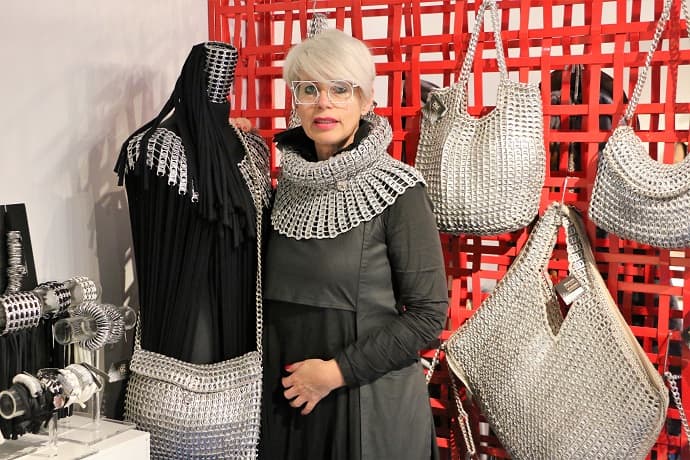 At the exhibition, specialized seminars were also held, for example, Sabrina Frontini, director of ICEC (an institute that certifies leather and its environmental friendliness), spoke about how products, which are made in Italy, are certified. For example, label “Made in Italy” on a bag may mean that it is only sewn in Italy, but the materials are made somewhere else. And only “100% made in Italy” means that everything, including design, is made in Italy.

In addition, she said that on February 20-22, a specialized exhibition on leather LINEAPELLE will be held there, at Ro Fiera, where they mark environmental companies with a special sign. Many brands are now looking for raw materials which are not cheaper, but to satisfy environmental requirements. So, sustainability is gradually becoming the engine of the modern economy.