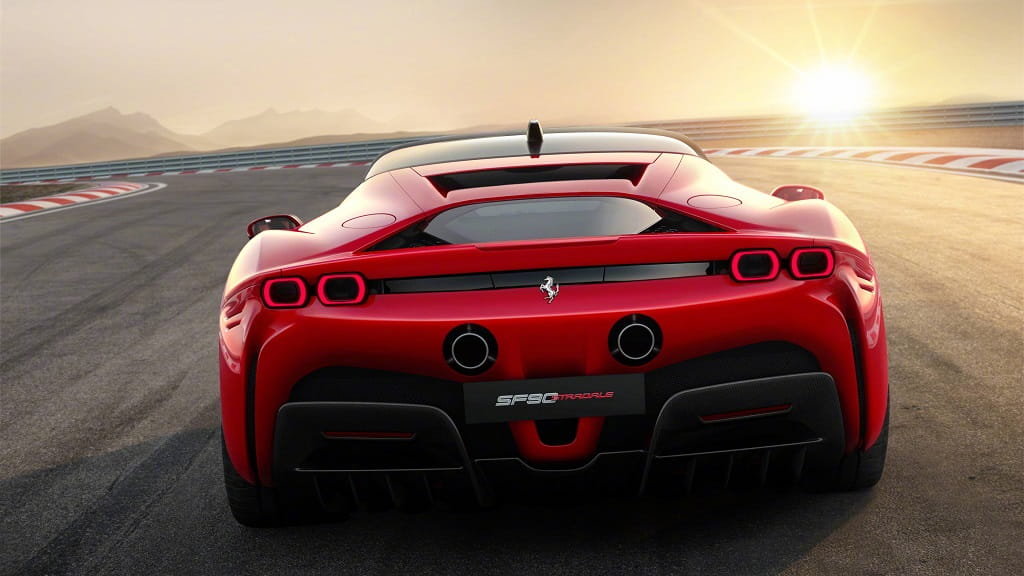 At the end of May, Ferrari introduced the most powerful car in its history. However, power is not the only “trick” of the SF90 Stradale coupe, released on the occasion of the 90th anniversary of the E. Ferrari auto racing team “Scuderia Ferrari”. The novelty became the debut of hybrid cars of the company, which will not be limited, and its release is a landmark event not only for the world of sports cars, but also for the market of environmentally friendly vehicles.

Ferrari produced cars with a gas-electric power plant, but these were test prototypes, concepts, or, as in the case of LaFerrari, limited editions. SF90 - "ordinary" production car, which will be produced without limitation of circulation. It is also the first plug-in hybrid electric vehicle (PHEV) and the first with all-wheel drive. 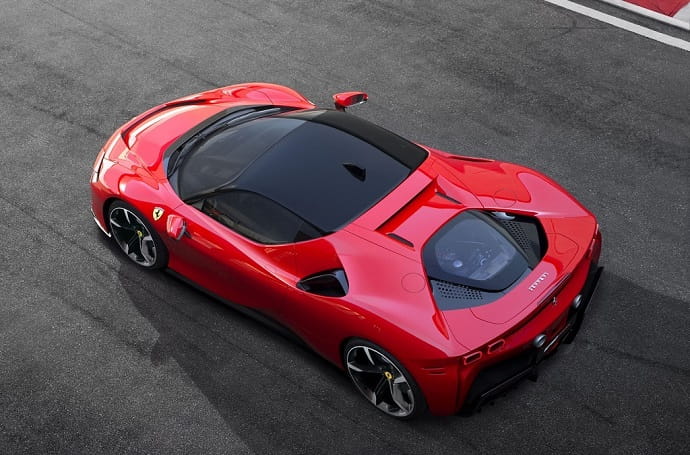 Specifications of the Ferrari SF 90 Stradale 2019 are impressive. Up to a hundred, the novelty jumps in just 2.5 seconds, and up to two hundred - in 6.7 seconds. The upper speed limit is 340 km / h. This is the debut Ferrari hybrid, which has the possibility of external recharging, and the first flagship of the lineup, hiding under the hood not 12, but only 8 cylinders. However, their diameter and volume became larger, appeared a new direct injection system under a pressure of 350 bar, and the 4-liter V8 twin-turbo engine increased the volume by almost a hundred cubic meters to 3990. Thanks to modernization, the ICE's return on the passport was the record for Ferrari V8 780 engines. Three additional electric motors (2 - on the front axle and 1 - between the box and the engine) produce another 220 horse power. So, the return of the entire power plant according to the passport amounted to exactly 1000 "horses". 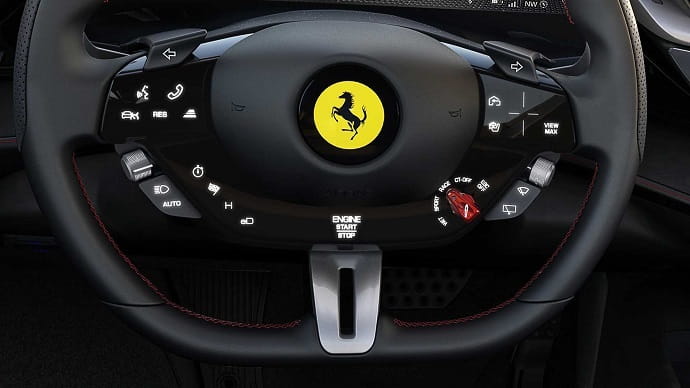 SF 90 can drive in hybrid mode, and only on electric traction, however, the car has four driving modes. In eDrive, the car moves only by the power of electric motors, and in Hybrid (the default mode) all four engines are involved, but the gasoline engine can be turned off to save fuel. In the Drive mode, the internal combustion engine runs continuously and recharges the batteries when it is not fully utilized. The Qualify mode allows to squeeze out everything from car.

The battery capacity of the SF90 is only 7.9 kWh, but when fully charged, the car in eDrive mode will easily overcome 25 kilometers. It is worth noting that in electric mode, the car has only front-wheel drive, not all-wheel drive, and its maximum speed is 135 km / h. 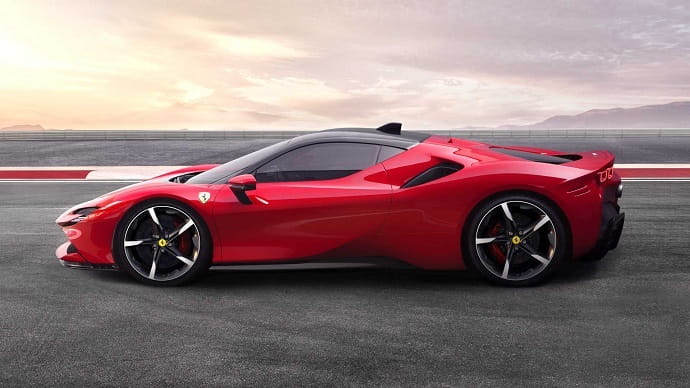 The aerodynamics of the novelty is a separate story in which there was a lot of room for unusual solutions. An improved front bumper redirects airflows, under the front wheels there is its own set of diffusers, vortex generators are hidden in the front of the bottom, and behind the car, in place of the usual wing, is the patented “Guerny Closed”. All this together provides maximum speed, maneuverability and tightness of the machine. For the most desperate, it offers a more sporty configuration - in 2019, the development of the Ferrari SF90 Stradale Assetto Fiorano was completed, which allows to lighten the body of the car by another 30 kg.

The original internal design of the car, apparently, was also the result of inspiration from aeronautical designers. They paid special attention to the dashboard, which is an impressive size digital high-definition display, bent towards the driver. The steering wheel, stuffed with sensors, is also a kind of debut for the brand. 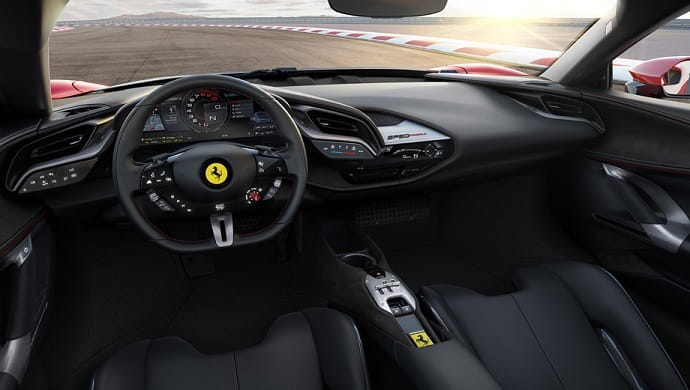 The interior is made in the style of Formula 1, photo WEB

The description of all the details and subtleties sounds good, but still does not reflect the full potential of the supercar. However, there is a common indicator for Ferrari models: the travel time of the three-kilometer ring of the Fiorano highway. Former record holder LaFerrari “took” it in 1: 19.70, and SF90 - for 1: 19.00. Only Ferrari racing cars and Formula 1 cars drive faster here. Impressive!

On the European market, the appearance of the Ferrari SF90 Stradale is expected in 2020, but the price tag of the supercar has not yet been officially announced. However, it is unlikely to exceed the cost of a limited LaFerrari of 1.2 million euros.