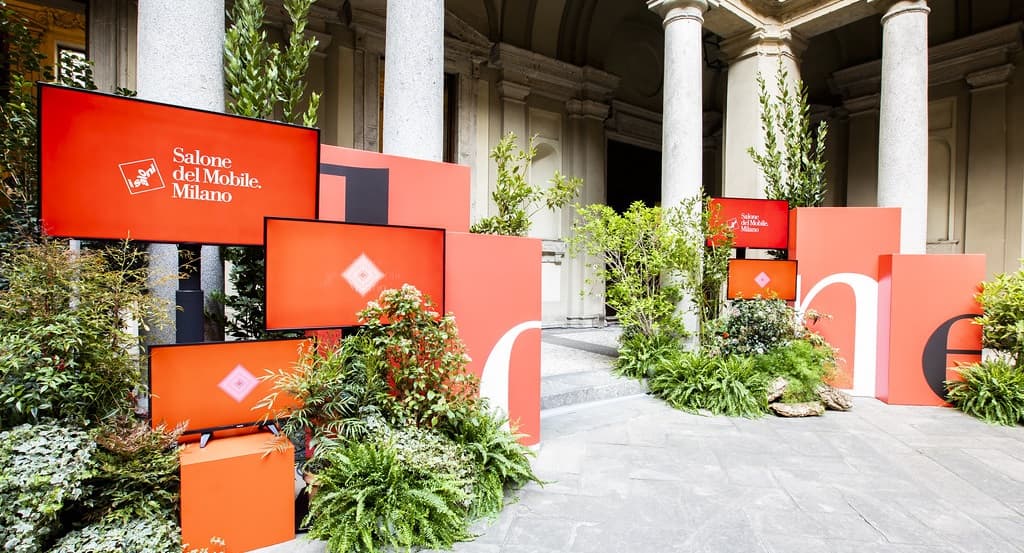 Milan is the capital of design

On Sunday, the world exhibition of design and furniture Salone del Mobile 2019 ended, which was held from April 9 at each section of the huge exhibition complex near Milan, and this is the 24 pavilions in Rho Fiera. In parallel, the city hosted the FuoriSalone Design Week. The exhibition was visited by 386,236 people from 181 countries in 6 days, which is 12% more than two years ago. 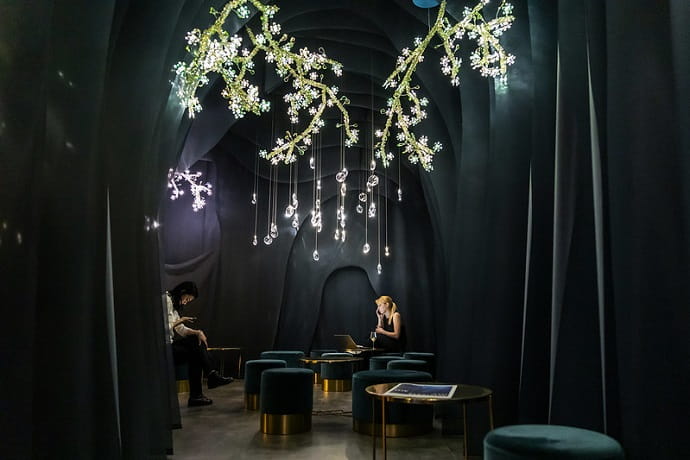 But it is very difficult to calculate how many people arrived in Milan, and how many events were visited. Somebody says that it could be half a million, maybe a million. True, this year the weather let down, it was raining and cool. At the exhibition itself, no one noticed the weather, but the outdoor art objects were deprived of the sun and excessive attention.

Both the exhibition itself and Design Week live in full symbiosis, complementing each other. And, perhaps, the main event of the week was the opening of the long-awaited Design Museum in Milan, at the Triennale, which exhibited about 200 elements of Italian design from the 50s of the last century to the end of the 90s. Italian Minister of Culture Alberto Bonisoli and Prime Minister Giuseppe Conte came to open it on Monday, April 8. 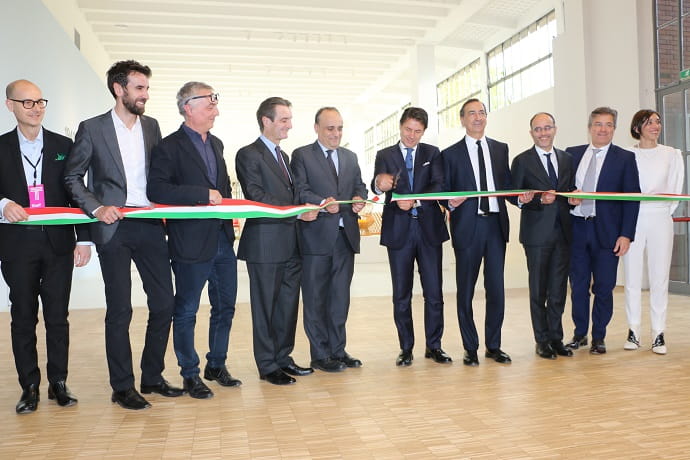 Opening of the Design Museum in Milan, photo © Evgeny Utkin

This event became the preamble of the furniture exhibition, which was opened by the head of government on next day. This year, Milan celebrates a memorable date - 500 years since the death of Leonardo da Vinci. And Salons prepared for this event. Inside the exhibition, the multimedia exposition DE-SIGNO was mounted, in which were showed a film about Leonardo and his followers now - Italian design masters. It was opened by Vice Prime Minister of Italy Matteo Salvini. On the first day, the head of the European Parliament Antonio Tajani, the mayor of the city, the governor and many politicians visited the exhibition. This became a wonderful tribune for the May elections to the European Parliament.

It turned out that the most-mentioned subject of last week was the “woman-chair” of designer Gaetano Pesce UP 5 & 6, which he implemented for B & B Italia exactly 50 years ago. A huge 8-meter copy of this chair, studded with pins, was exhibited in the very heart of Milan, in the Dome Square. There were told that this is a symbol of the “Suffering woman” and it is dedicated to the fight against violence on women. The original chair took its place in the Design Museum, and at the exhibition at the B & B Italia stand one could see the same chairs, people could try them, drowning in their magnificent forms.

The President of the Exhibition (he is also the President of Kartell) Claudio Luti led all the guests through his booth. There were exhibited "icons" of design, transparent chairs and lamps. However, he also showed “The Bear on the Ice” of Edra. The president of Poltrona Frau, Nicola Coropulis, sat everyone in his handmade armchairs to evaluate the quality of the unique Pelle Frau® leather, patented specifically for the production of their furniture. His stand was visited by the Head of the European Parliament and many others.

The company Tabu exhibited various wooden coatings, which were presented as wallpaper. The president of the company Enrico Tagliabue explained to us that they use it both for finishing cars (such a car was presented at the stand) and for furniture. At the stand of the company i DOGI beat a real fountain of Venetian glass. Swarovski presented lamps with a deep effect - they were only a few centimeters thick, but it seemed that their depth was more than a meter.

Most companies were European and Italian, but it was possible to meet absolute exoticism. For example, the designer from New Zealand, David Trubridge, presented his work to the international public, mainly lamps made of wood and other natural materials. And despite the long transport distance, its products are quite competitive, and is in demand even in Italy, the birthplace of design.

As usual, the exhibition featured all styles of furniture, from the Empire to the modern. Many companies are increasingly paying attention to the ecology of the production of their collections, but this process will take time.

The city came to life after 18 hours, when the exhibition were closed. It was filled with hundreds of presentations, parties, "shows" of fashionable furniture. One of the world leaders in industrial design, Italdesign, together with the Russian company VR-Technologies, presented the light helicopter VRT500. It cost not much more than the car presented right there. At the same time, Italdesign showed the same table made of wood, which is several tens of thousands of years old. And I found one of the most expensive furniture Louis Vuitton.

The installation AQUA was very interesting, developed in conjunction with the Balich Worldwide Shows. It was dedicated to Leonardo da Vinci, and included a room with mirrors, multimedia screens, music and water. This sight was attended by more than 2 thousand spectators per day.

Design Week is over. The city is noticeably empty, but is already preparing to meet the next exhibition, which will be held April 21-26 in 2020, when designers from all over the world will come back to Milan to exchange ideas and experiences.