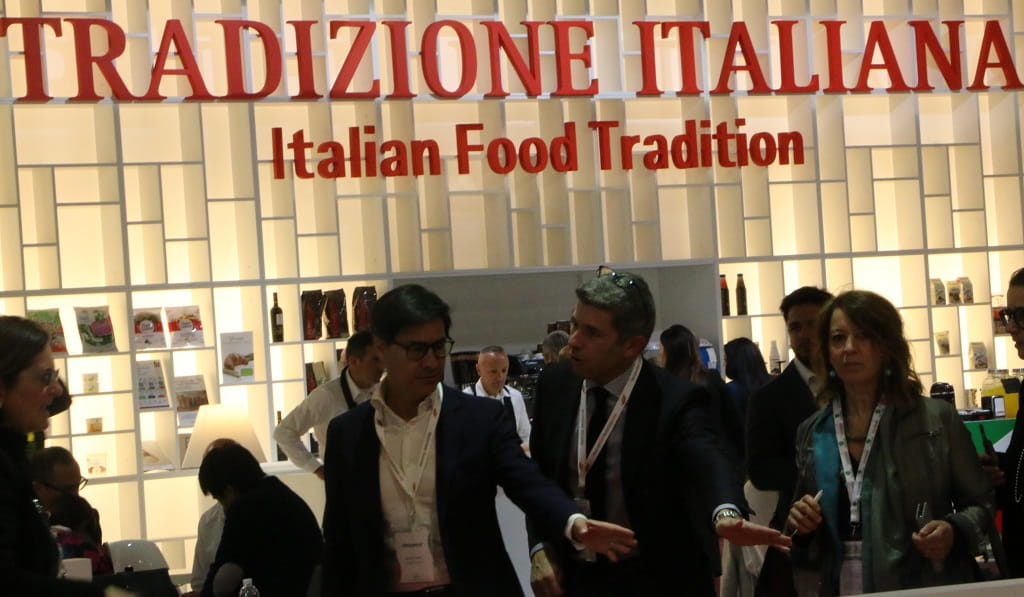 Italian food is known and valued all over the world. That is why, the exhibition TuttoFood 2019 (Milano World Food Exhibition), which was held in the exhibition complex Rho Fiera near Milan, from 6 to 9 May, gathered participants from 143 countries, more than 82 thousand food professionals and more than 1,700 journalists and bloggers. Moreover, it is held every two years, we wrote about the exhibition in 2017, and in 2019 it is held for the seventh time.

This is an important sector of the Italian economy - it engages a quarter of all Italian companies, about 3.2 million people, and they produce about 10% of the country's GDP. Italy is one of the leaders of the European market, second only to France (228 billion euros in 2017) and Germany (190 billion euros) in terms of turnover. With 140 billion euros, Italy takes the honorable third place. 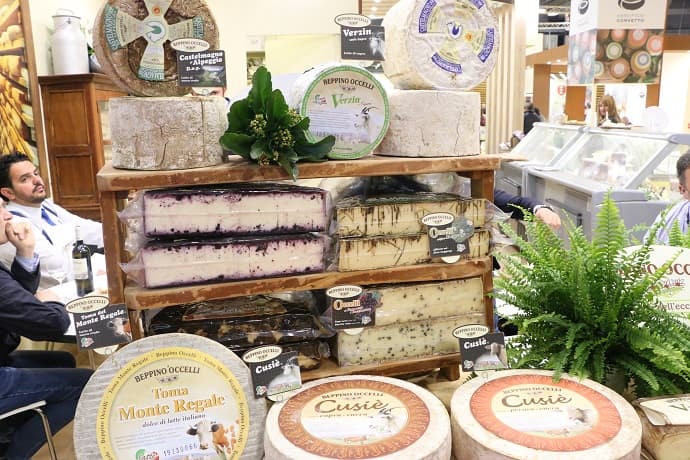 In terms of food exports, Italy is also in the top ten world countries, behind the USA (116,469 million euros in 2018), the Netherlands (89,587), Germany (70,518), Brazil (68,382), and China (64,623). Italy exported food products for 41.179 billion euros last year. And the food industry in Italy is developing well, for five years, from 2012 to 2017, it has grown by 11.8%. And the production of canned vegetables increased by 26%. It was not by chance that at the exhibition were a lot of canned products - tomatoes, eggplants, artichokes, and olives. The top ten countries that purchase Italian products are USA, Spain, France, Germany, Great Britain, China, Canada, Benelux, Japan and the Russian Federation. 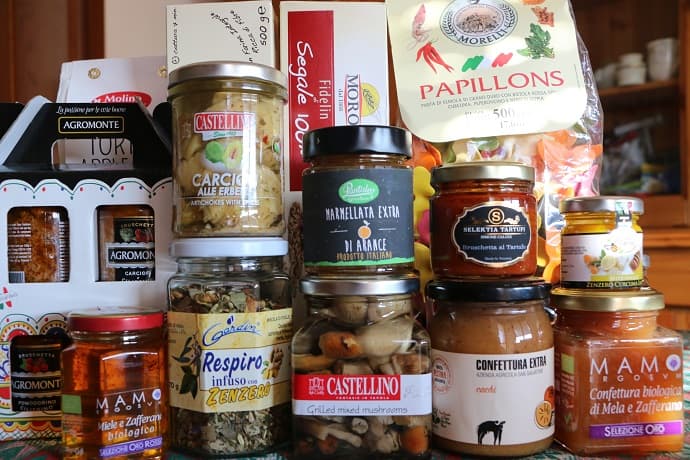 Of course, such an exhibition was attended by Italian Prime Minister Giuseppe Conte, Minister of Agriculture, Forestry and Tourism Gian Marco Centinaio, and numerous delegations of buyers from hundreds of countries. TuttoFood 2019 was located in 8 huge pavilions, divided into zones. For example, in the pavilion of seafood products you could try excellent quality black caviar and sturgeon from Calvisius, excellent salmon from GIMAR and tuna from Drago Sebastiano. 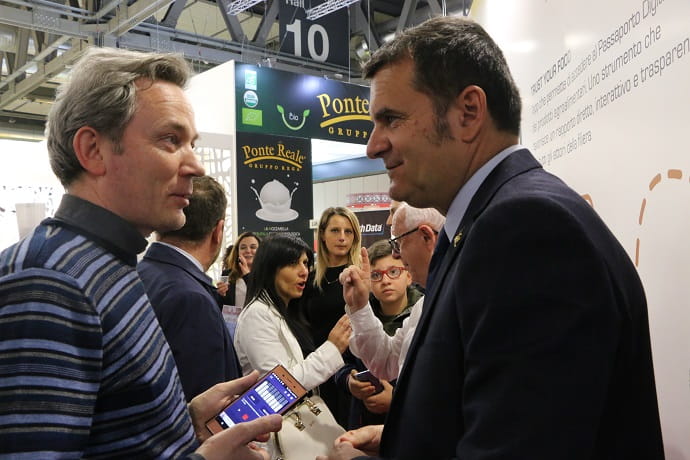 In the meat pavilion - both excellent fresh meat (from marbled beef from Japan to local veal), and various meat products - prosciutto, raw smoked and cooked smoked sausages, many of them were very spicy (with red Calabrian pepper), but all very fresh.

In dairy products, the head was spinning from a variety of cheeses (there are hundreds of them in Italy), cheeses with ginger, turmeric and other elements have been added to the “traditional” cheeses. I tried for the first time Le Fattorie Fiandino cheese with ginger) and their butter "1889". However, De Paoli also had a very good butter. There were cheeses infused with wine, with different syrups, aged from several days to several years. 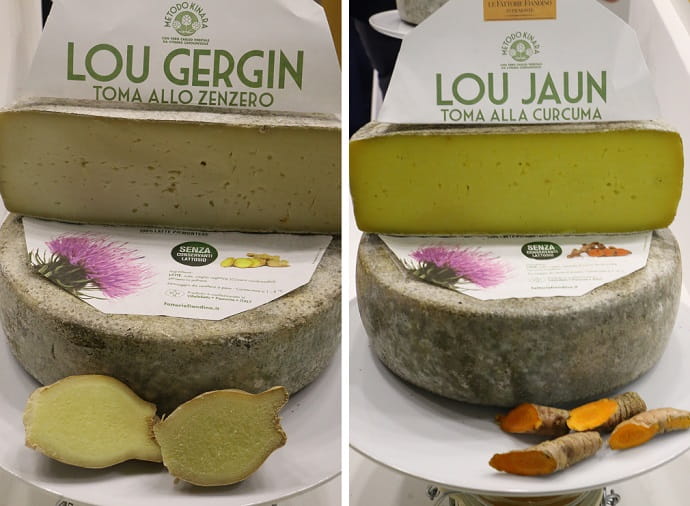 Of course, there were a lot of mozzarella, both from cow's milk and from buffalo milk. Mozzarella, burrata, stracciatella from buffalo milk melted in the mouth, there were hundreds of manufacturers, I remembered Cilento, Tanagrina. And one company produced buffalo yogurt (almost no one has heard of it) - tasty, fatter and more saturated.

The new Russian brand Yummy United performed their glazed curds for the first time, the company was created by Oleg Beriev and Roman Glebov. For the Italian market, this is a very unusual product. First it will be distributed among people of the former USSR living in Europe, who are used to its taste. A feature of this company is that the board of directors includes 12 children. They went through a rather difficult competition, and now they manage the company themselves. 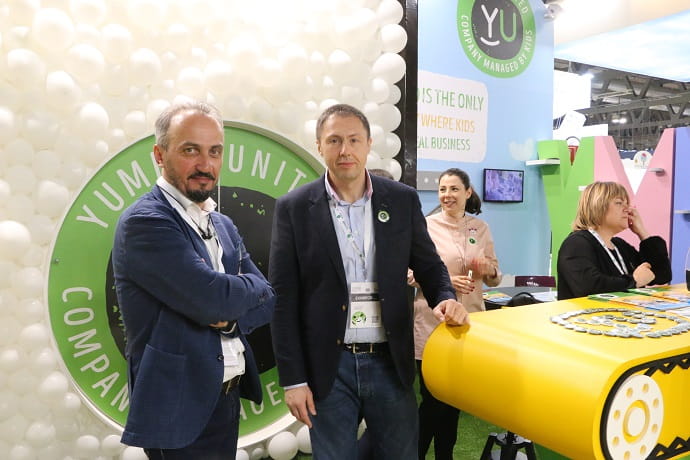 Of course, a lot of space was given to olive oil and pasta, products from tomatoes and to pizza. Pasta could be found in various shapes and colors - of course, with natural products. Perhaps it was the only exhibition where there so much food, so you can't try and eat all of it.

The whole pavilion was occupied by sweets - from caramel and chocolate to cakes and candies. Here you could see everything - both Sicilian cannoli and Neapolitan pastiers. Various regional cakes, for example, Sicilian with pistachio cream. There were a lot of different jams and creams, from lemon, mandarin, orange, bergamotta, many different varieties of honey, including those with additives (for example, with saffron at MAMO Ergosum). A lot of delicious cookies (for example, Buoni di Sicilia Peluso or Perrotta Montella). A lot of coffee and less tea.

Pasta has a large assortment at TUTTOFOOD 2019, photo © Evgeny Utkin

There was half of the pavilion dedicated to wine. And in each pavilion, some companies represented it. But this was not the main theme of the exhibition. For wine you need to go to Verona, at Vinitaly. The main trend of the exhibition was sustainable development and bio-products. Almost all manufacturers had organic products in their range. The second trend was a decrease of sugar in beverages. Moreover, everythere was excellent product quality - regardless of whether it is produced by a large company (COOP) or by family of three people.

For the first time, TuttoFood 2019 was visited by representatives of the Russian company FOOD Zavod (Doronichi Meat Processing Plant LLC), which is part of the Doronichi Agricultural Holding. They said that the exhibition turned out to be very useful for them. Dozens of meetings were held, including with COOP (a large production-consumer network in Italy), Alce Nero (one of the largest producers of bio-products), were reached agreements on mutual interest in cooperation, and were outlined prospects for work in the Russian and European markets.

As happened with the largest furniture exhibition Salone del Mobile, around which arose Fuori Salone in the city, so here, besides the exhibition itself, Milano Food City and Milano Food Week were held, which absorbed more than a hundred events in Milan. From the master classes of star chefs, for example, on May 3, Davide Oldani, Andrea Berton and Daniel Canzian showed their skills at  “Three Tenors of Food”. The Milano Food Week, which was invented by Federico Gordini (held from 3 to 9 May), was attended by the Russians. Anastasia Lavrikova and Eva Amos implemented the Foodars project - a dozen interesting events, lectures, master classes and exhibition of art. 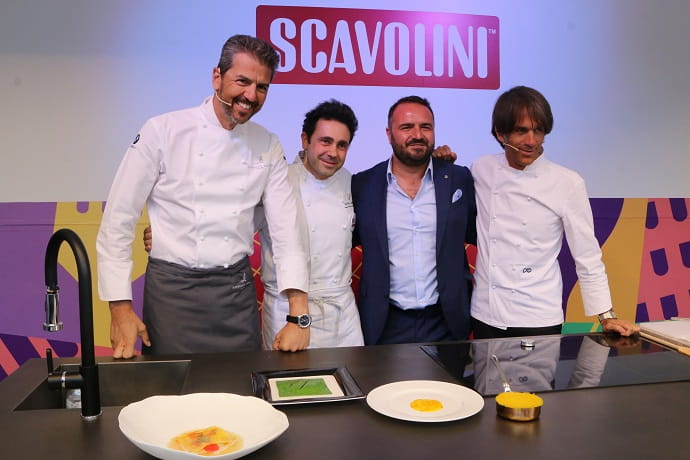 Paolo Bronzi, president of the World Sturgeon Conservation Society (WSCS), gave an interesting lecture on the history of sturgeon. It turned out that Italy, together with Russia, is now the second or third producer of caviar, after China. After the lecture there was a tasting of black caviar, organized by Nastya Lavrikova. So the caviar could be found both at the exhibition and in the center of Milan.

The exhibition is over, but food-related events continue. From May 16 to 19, Food Festival  the Cibo a regola d'arte 2019 will take place in Milan. More than 120 eminent chefs will arrive, more than 250 meetings, food laboratories, cooking courses, more than 100 hours of tastings will take place ... So there are always places in Milan where you can eat good food and learn how to cook yourself.